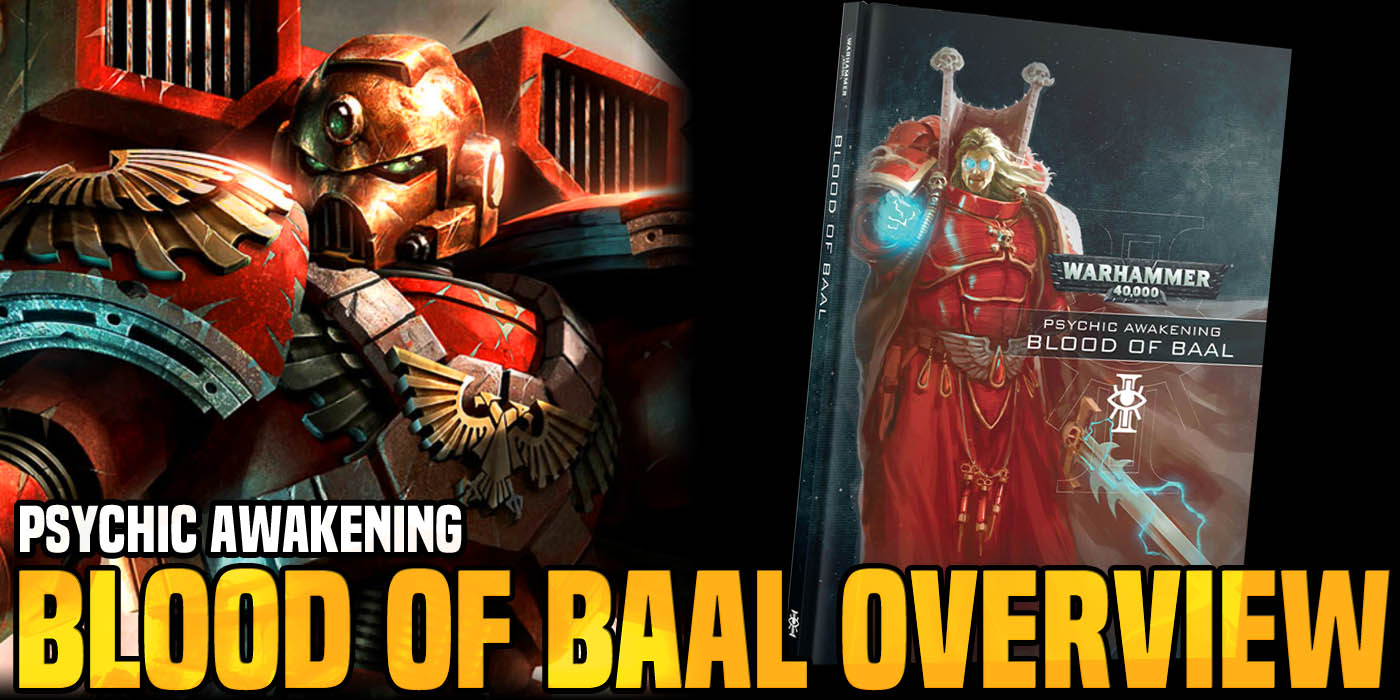 We’ve got the book in hand are are taking a look inside the covers – come see what the third chapter of Psychic Awakening has instore with the Blood of Baal!

The battle for the Red Scar aka the Baal Sector is heating up once again. The Blood Angels have reinforcements and a new plan while the Tyranids have been cut off from their Hive Fleet. What’s going to happen next?!

The Blood Angels are locked and loaded for a counter-offensive with the Primaris Reinforcements. The Tyranids Hive Fleet has been mysteriously swept-up in the Great Rift. Commander Dante is using this as a chance to re-establish a foothold for the Imperial Forces in the sector. The time to strike is now! 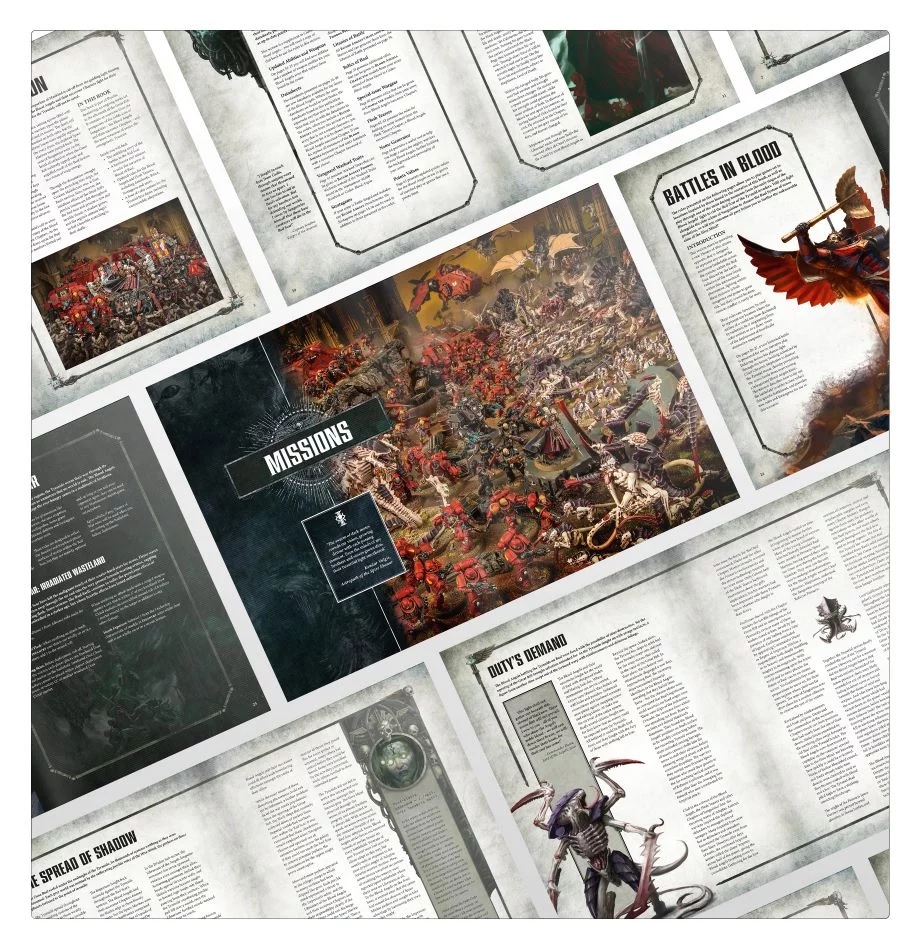 Bring On The Rules

Blood of Baal is catching the Blood Angels and the Tyranids up-to-date with the other codexes for the current edition. This new book provides them both with all the new bells-and-whistles you would expect from a newer codex supplement. This book isn’t a replacement for your current codexes – it’s definitely a updated upgrade for them both. On top of that the Flesh Tearer are also getting some new rules, too.

New stratagems, warlord traits, relics, and a ton of new systems for both the Blood Angels and the Tyranids are included. The Blood Angels are getting access to a bunch of new Litanies and the Space Marine Combat Doctrines (as well as their own super-assault doctrine boost). The Tyranids are getting Hive Fleet Adaptations and ways to customize entire units of Infantry or Monsters with warlord-esque traits.

For Tyranids in particular, you’re going to be able to make some rather nutty unit combinations thanks to the warlord traits and Hive Fleet Adaptations. We’re going to talk about a few of them this upcoming week for sure and I can’t wait to see what the Hive Mind comes up with!

In terms of new models – sorry folks, it’s “just” Mephiston – but wow, does he have a sweet new model to go along with this book! If you were wanting a solid update to your Blood Angels and/or Tyranids then this is the book for you!

Blood of Baal is up for Pre-Order this weekend!

Author: Adam Harrison
Writer, Editor, Texas Native, and Austinite for 15+ years, Adam covers all things Tabletop Gaming. Which includes Warhammer 40,000, Age of Sigmar, D&D, Board Games and everything else that involves dice, boards, cards and a table. A hobbyist, player, and collector of miniatures and games, Adam's current obsession are his Death Armies for Age of Sigmar, his Blood Angels and Tyranids for 40k, and his ever growing Arkham Horror: The Card Game Collection.
Advertisement
Blood Angels Games Workshop Miniatures Rules Tabletop News Tyranids Unboxing Videos Warhammer 40k
Advertisement 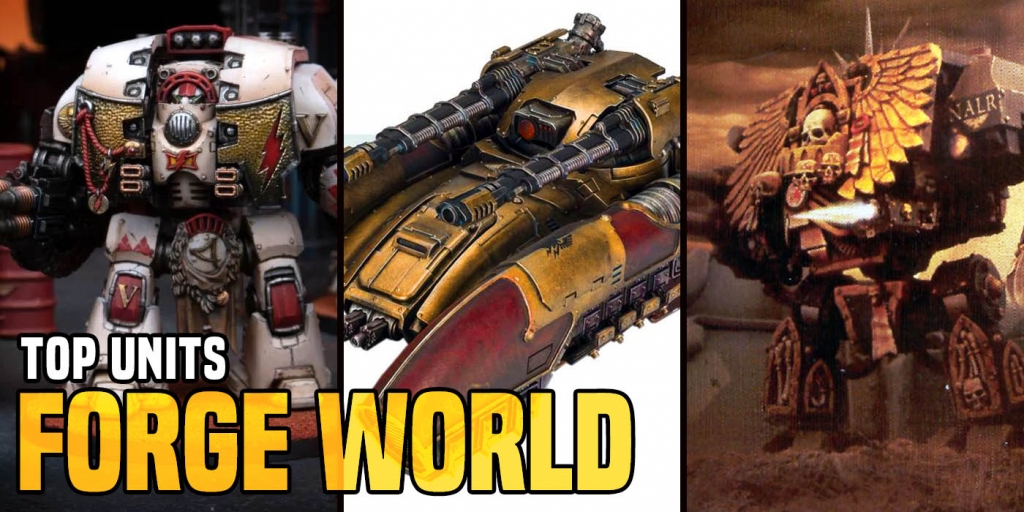