40K: The Awakening of The Emperor – Portents of the Resurrection – Prime 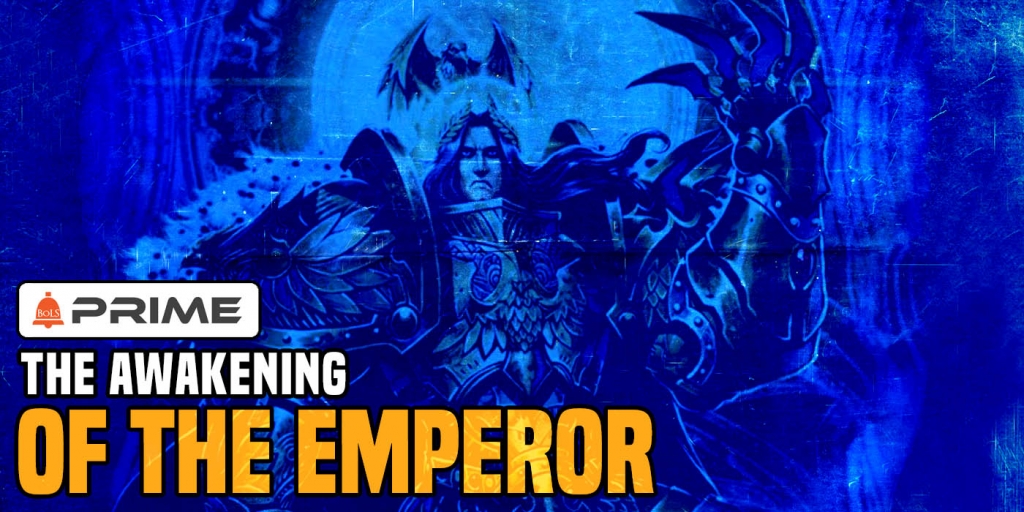 Let us speak now of the return of the God-Emperor of Mankind, and what it means for how we view recent events in 40K.

"The King! The King on his Throne! I've seen him stir, I've heard him speak. Cold and gold and old and bold, sing for your suppers you priests who scold!"- Unknown source circa the Era Indomitus 1

In His fortress-palace on Holy Terra, high above the festering masses of His people, past banner lined path and guardian spears, beyond the gilded portals of the Eternity Gate, upon an eldritch throne sleeps the Immortal God-Emperor of Mankind. For ten thousand years, since his wounding at the hands of his favorite creation, the Master of Mankind has sat upon the Golden Throne, directing, or so His priests say, his will towards the protection of humanity and the running of His imperium.

His status is unknowable to most; it may be that He sleeps a fitful sleep, kept alive by the workings of the Throne, and the sacrifice of His people. It may be as likely that His soul is imprisoned in a broken body, that the Throne is His jail and humanity itself His jailer. For ten thousand years, His slumber has been undisturbed, yet now, as the Great Rift tears the ga...