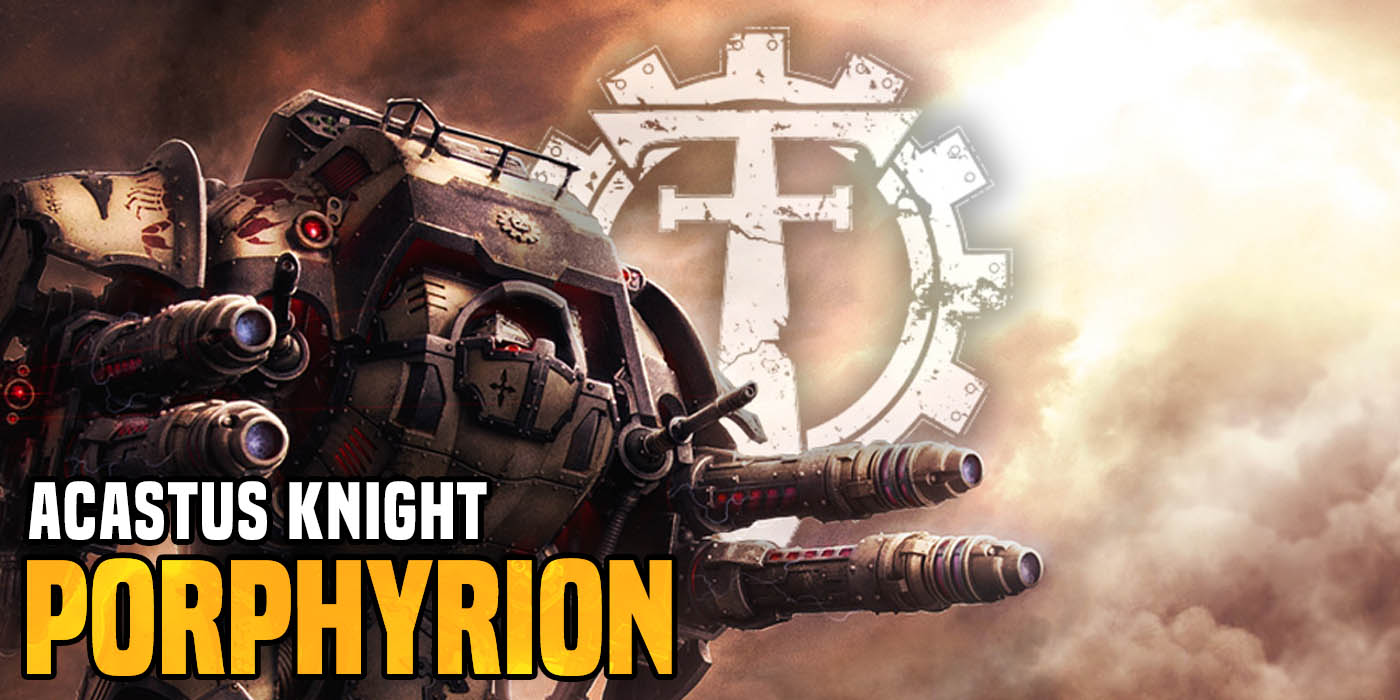 Today, we look at the super-ultra-big Knight that you can bring to the table, the Chaos Knight Porphyrion.  If you like super lascannons, and want to play this game with as few models as possible, the Pory is perfect for you. 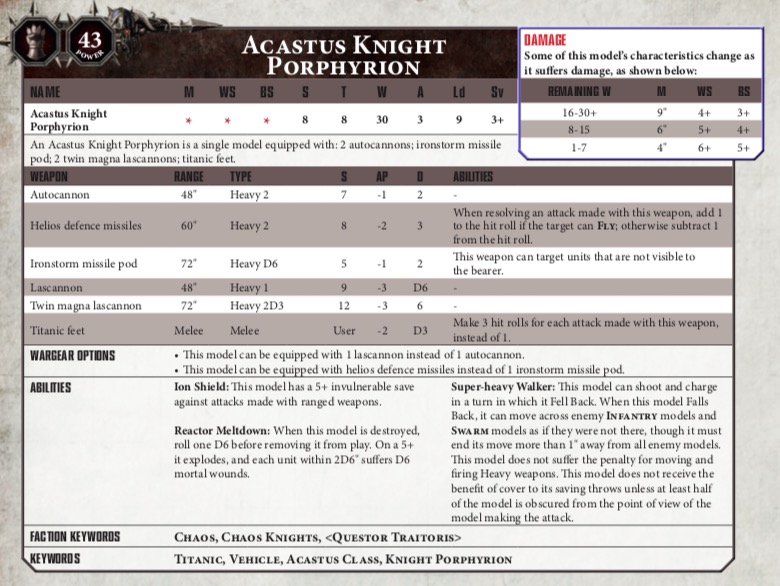 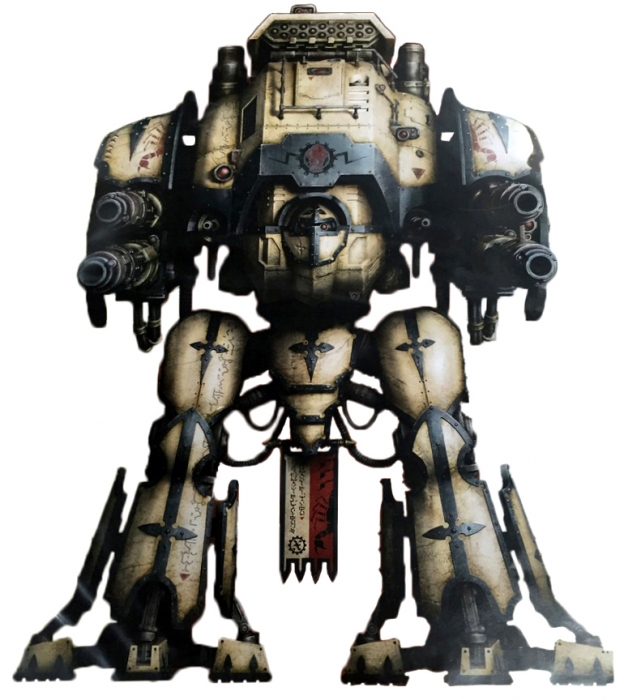 The Porphyrion was once the king of Knight-killers, and its role as the anti-super-heavy super heavy is still there, but without the whole T9 thing.  On its base level, the Porphyrion, like its sibling the Asterius, is about long ranged firepower that can snipe out enemy hard targets from the opposite end of the field.   With range 72” on the big guns, the Pory can sit well out of range of other major threats and still get those sweet kills. There really aren’t too many Knights that like to be that far back, but the Pory is one of them. The Magna-Lascannons are a flat damage 6, and a flat damage 6 on a ranged platform is insane, annihilating just about any target out there save for the IH Leviathan (and really, nothing kills that in a normal game outside of massed mortal wounds). Unlike the Asterius, the Pory works at any range band, so you don’t have to worry about hard targets closing the gap and leaving you without the full profile.  With 6 shots at average, that is can be enough to put down just about any vehicle in the game, and against super-heavies, it’ll do respectable damage on average dice, but unless you roll hot on the shots, a Pory is unlikely to one-shot another T8 target without more than 16 wounds, especially if it has an invulnerable save.

The Pory does have the advantage of having 30 wounds at T8, so it is not at all easy to kill, and again, if you place it in the backfield, well outside of most threat ranges, it is difficult to shift.  With a bad WS and a few attacks, it is not really worth pushing forward unless absolutely necessary, and staying in the 50+ range is right where the Pory wants to be, especially with the Ironstorm Missile Pod.  Sending out those out of LoS, D2 shots can ruin a lot of days.  The Autocannon/Lascannon is very much a secondary issue as ideally, the Pory should be fighting outside of those ranges, but Lascannons are certainly better to supplement the Pory’s ranged threat, and if you need to move in to get both the Magma and regular lascannons in range, you better kill what you are shooting at, but the 2 lascannons shot really do make sure of it.

Again, like the Asterius, Ambition here is not so much about abilities but access to juicy stratagems and relics.  Infernal is not really all that powerful save for getting the Pory back up to T9 to make it far more durable as charging up the main gun doesn’t really do that much. S13 has no real difference than 12, and 7 damage is sweet, but a bit excessive. You could always overcharge the Ironstorm for S6 and D3, which is certainly nice, but risky on a d6 weapon.  There are not really that many useful Infernal only stratagems for the Pory either.  The best part of being Infernal is getting access to the Blasphemous Engine to make it much harder to be degraded. Iconoclast is the better choice here as Vow of Dominance or Vow of Beastslayer really, really make the Pory better at what it does. With Veil for the 4++ against shooting, Vow of Dominance is great for making the Pory an absolute tank of a model. If you want more ranged kill, Vow of Beastslayer gives you that nice extra efficiency on the wound roll as the Pory is wounding most things on 3s at worst so rerolling 1s gives you about an extra 10% on the wound roll.  If you want your Pory to one-shot a threat consistently, Beastslayer is the way to go.

Dreadblading isn’t likely ideal as the Pory wants either the Veil or Engine, and it cannot take them if it is a Dreadblade.  If you really want to Dreadblade or someone else is using one of those relics, Path to Glory gets you the free rerolls on Titanics and Characters, and Galvanized Hull makes the Pory annoying as hell to hurt with lighter weapons.  In terms of relics, as discussed, the Veil is your best bet as a 4++ on such a beefy model really protects you against the alpha-strike without spending CP on Rotate.  In terms of stratagems, Trail of Destruction is important to further maximize the Pory’s output, especially if you don’t roll well on the number of shots and you have to squeeze as much life out of those few attacks as you can. 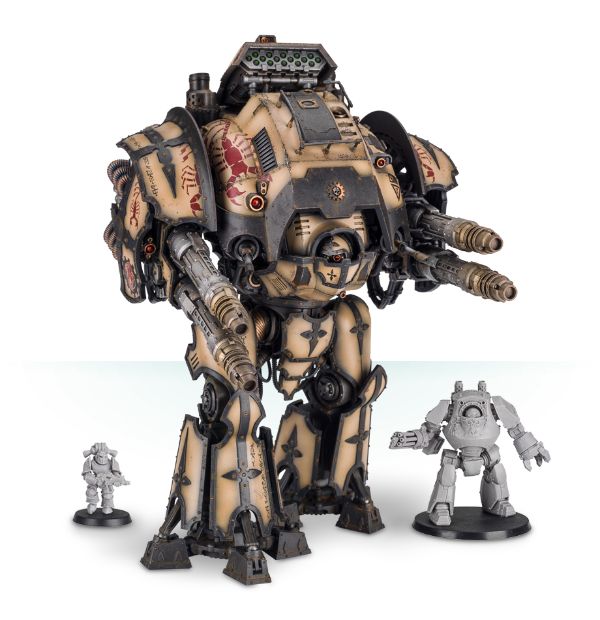 So why were so many of these bad boys shelved or sold? Well, the Pory is a ton of points for actually not that great of return.  The Pory is a touch more expensive than the Astreius, and generally not as strong for what it does.  A base Pory only does about 11 wounds to a Repulsor with the big cannon, which goes down to 8 or so against a Knight with Rotate up.  If you go with the Iconoclast Pory with Vow of Beastslayer and Trail of Destruction, you are getting 16.63 wounds through on a Repulsor, which  if you throw in the Lascannons, means a dead Repulsor on average. That’s a very specific build, and you are eschewing Vow of Dominance for the extra protection on a 850ish point model, depending on if you take Lascannons or not.  You are also using 2 CP a turn to do it, and well, that’s bad, especially for a model that makes having a huge amount of CP very difficult to accomplish and still have a balanced list.  The Pory is more reliable in terms of ranges than the Asterius, but the Ironstorm is nowhere near as productive as the mortar, and.  This leads right into the other issue with such a high price tag, it forces you into an army composition that can handle hordes and score objectives, so if you take a Pory, say goodbye to any other big bad unless you want to play a skew list that will likely flounder in a lot of matchups.  Against a horde, a Pory is doing very little lacking even the smaller guns of its sibling to help it carry some load, and against an alpha-strike list, there is always the chance that the Pory dies on T1, and now almost 50% of your army is gone.  Between the CP usage, the points, and the impact on list design, a Pory just doesn’t do enough.  If you want a really a big hitter, the Asterius is a bit cheaper and still kills armor dead, but really, both are just a bit too much of an investment for what you get in an ultra-competitive game. 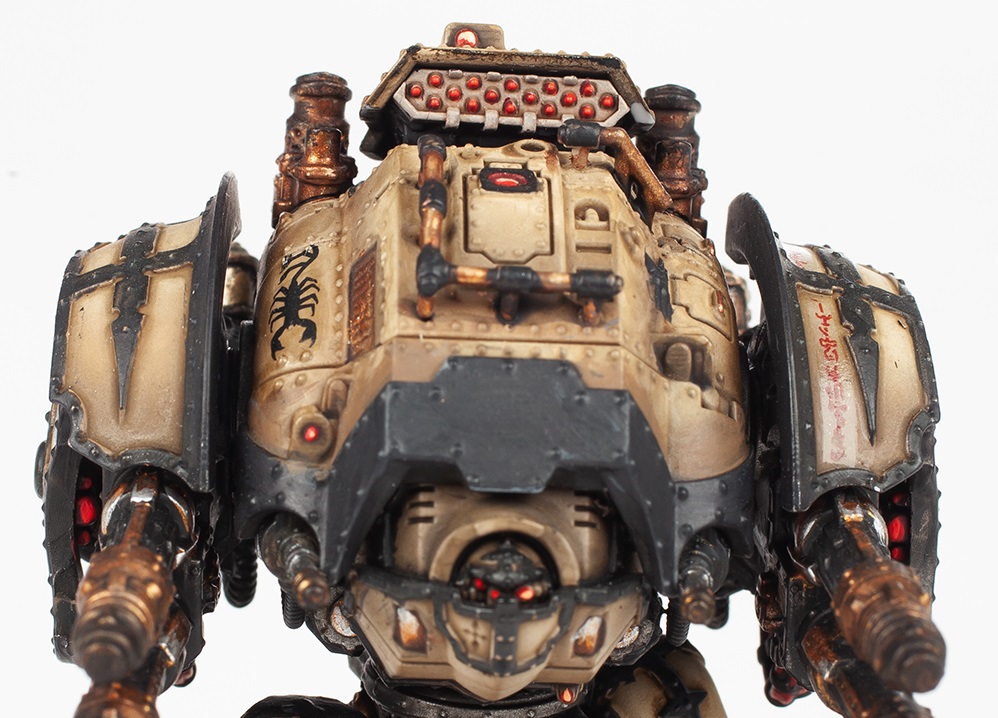 55/100 – Failing for sure. The Pory is cool, and it is a big, impressive model, but it doesn’t quite have the kill to justify its point, and it is far too one-dimensional.   In larger games like Apocalpyse, a Pory or two could be a whole lot of fun though.

Author: Pablo Martinez
Warhammer 40k analyst, tournament reporter and Ultramarines enthusiast, I'm the man behind the 40K podcast: Signals From the Frontline. I seek to gather more knowledge about the Warhammer 40k and share it to unite both hobbyists and gamers. I began writing for BoLS in 2016.
Advertisement
Chaos Knights Miniatures Rules Tactics Warhammer 40k
Advertisement

GW's Biggest Shakeups of the Decade 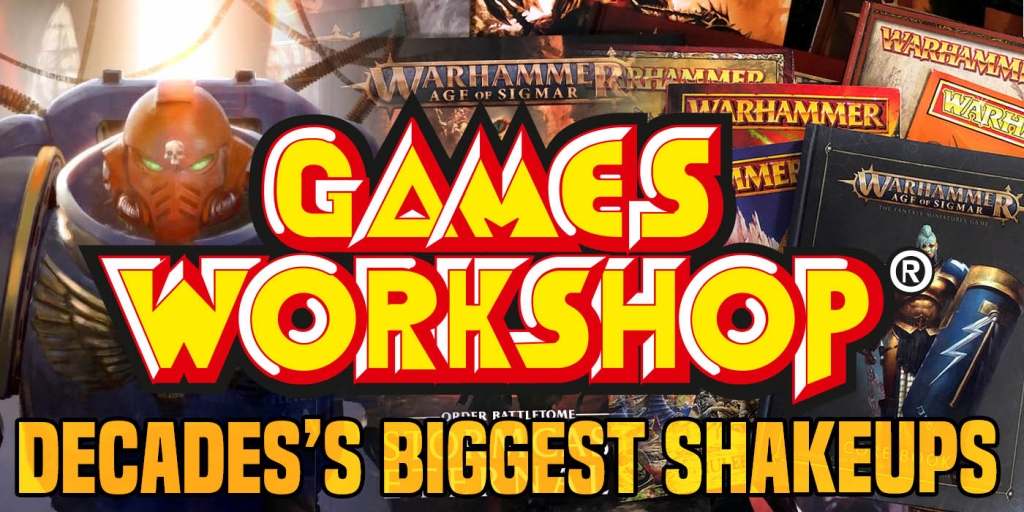