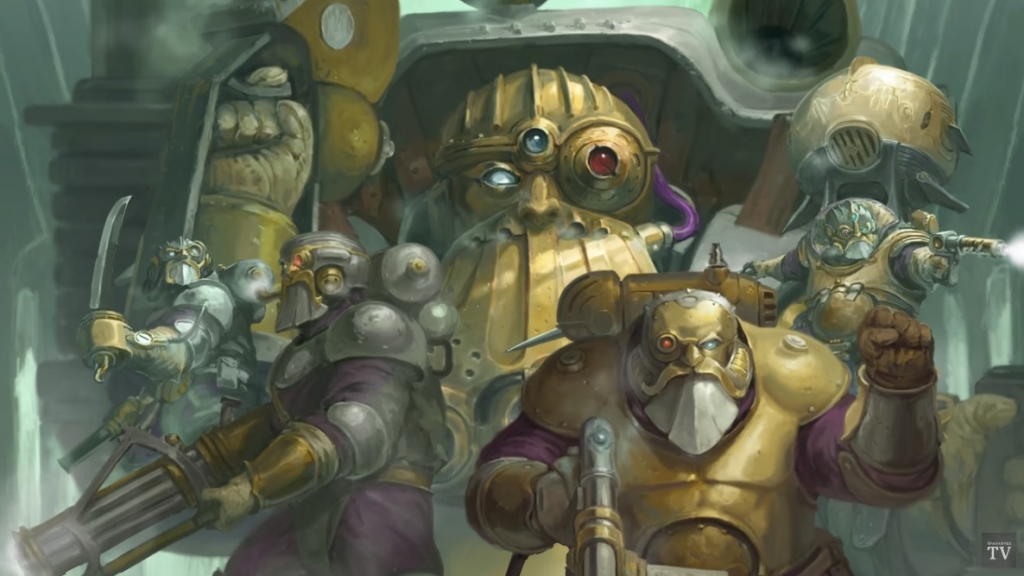 There are three “Old Style” Battletomes that need a refresh for Age of Sigmar and then everyone will be done – so who’s up next? Let’s chat.

Warhammer: Age of Sigmar has really been cranking out the battletomes this year. With the recent point changes and updates, the game is moving in a great direction. Last week we got a look at some Battletome Updates for their FAQ/Pitched Battle Profiles and it was an interesting list: 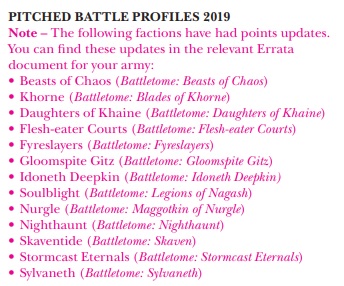 Now, looking at this list there were a few armies that just didn’t get updated. And there were some that stood out in particular – like Hedonites of Slaanesh – and they didn’t get a points adjustment. Further still this list has three books in particular that aren’t new and didn’t get any points tweaks: Kharadron Overlords, Disciples of Tzeentch, and Seraphon. 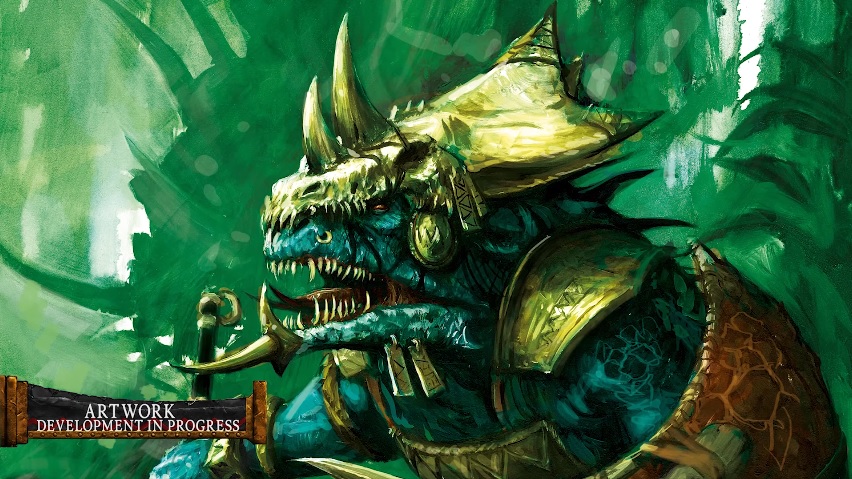 Those three books are also some of the oldest of the bunch of battletomes – and none of them are exactly destroying the meta at the moment. So why didn’t they get points tweaks? We have a theory and it’s basically because we here at BoLS think that they might be coming next year. 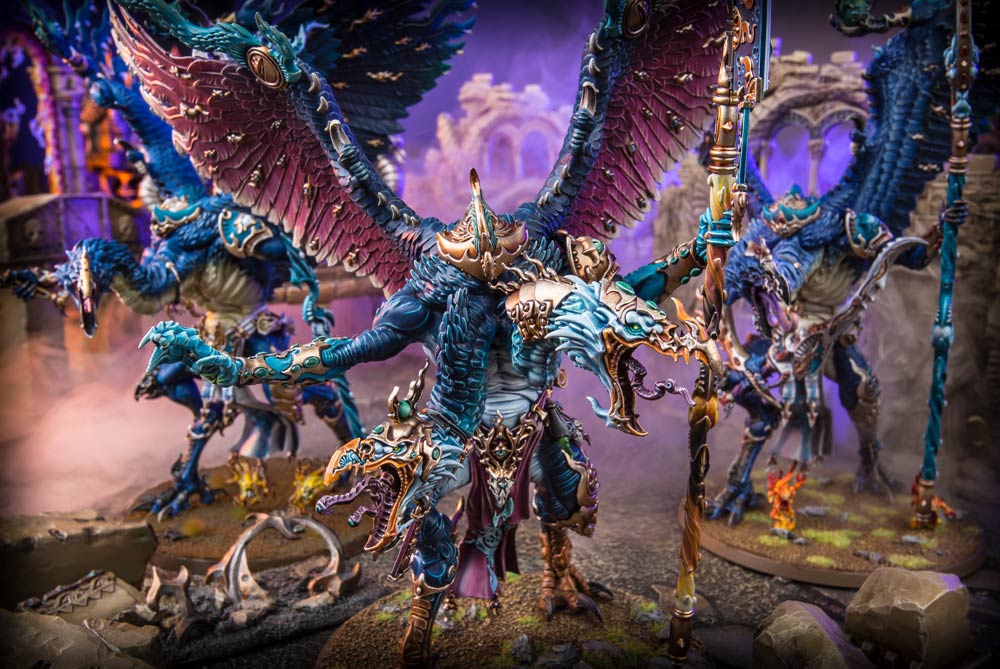 Now, that might be a “Duh” theory – but now the question is who should be next the battletome? Personally, I’m pulling for Seraphon. Why? Because they could really use some love and on top of that GW has been hinting at new Seraphon for a while now. Plus they teased the world with the release of the Lizardman Blood Bowl Team and those models are great: 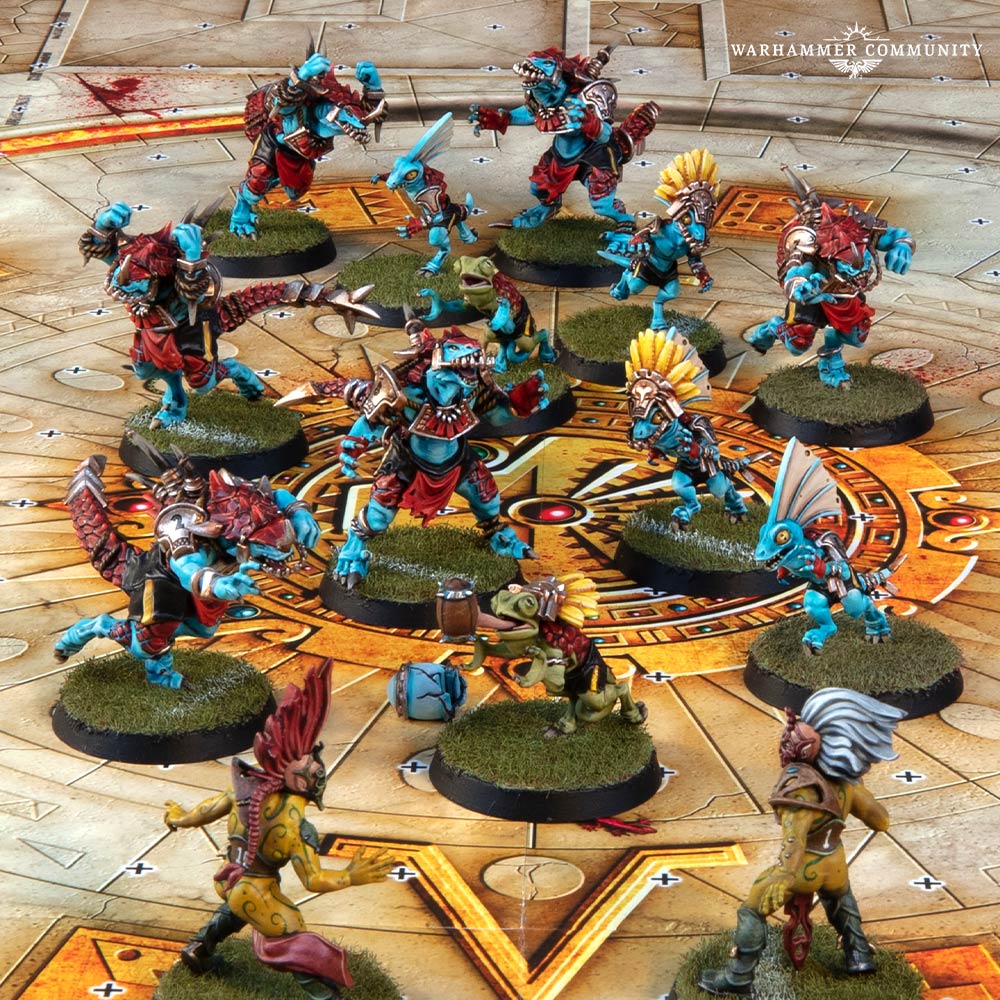 The new Saurus look really good and I’m personally hoping that Seraphon get an update to their own Saurus Warriors. Will that be the case? We’ll have to wait until next year to find out. As far as Tzeentch and the Kharadron Overlords – they both are due for a Terrain feature at the minimum. Tzeentch will probably get it’s own Endless Spells and the Kharadron Overlords could probably use a new unit since they don’t really do the whole “spell” thing.

Anyhow, we’ll have to wait until next year but don’t be surprised if those three battletomes get an update in 2020! 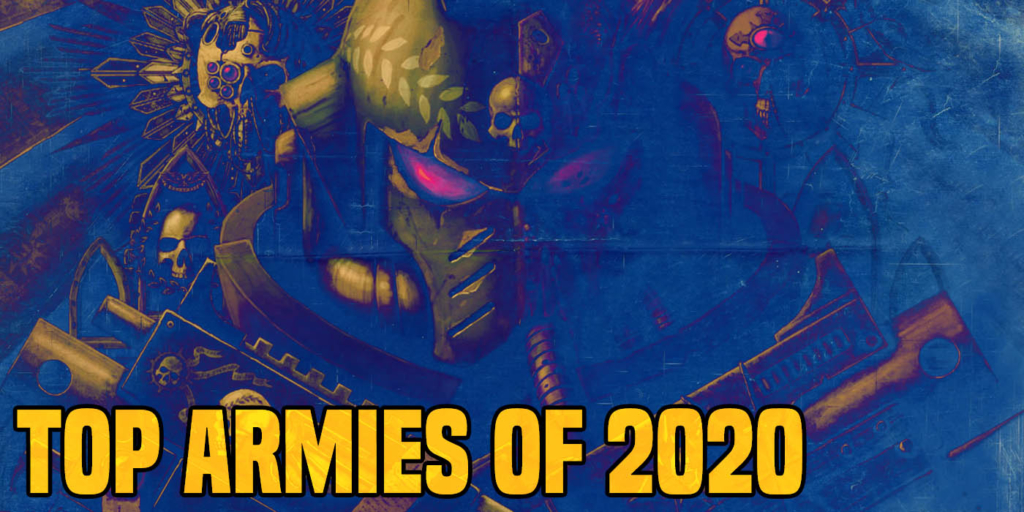