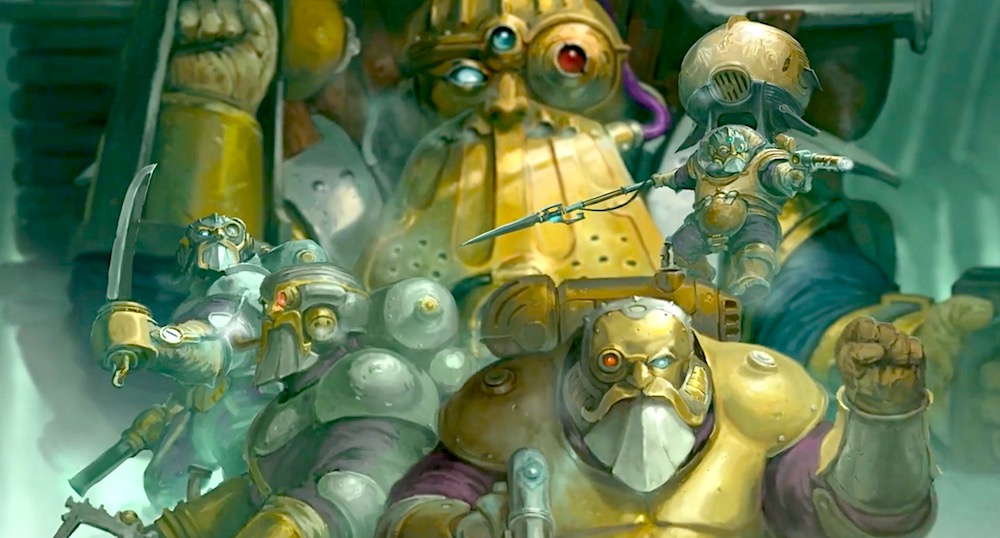 The new and improved Kharadron Overlords are coming to the tabletop this next weekend and we’ve got a preview of their new rules.

The Kharadron Overlords are skydwarves. Where the mohawked, axe-and-little-else-wearing duardin of the Fyreslayers are obsessed with Ur-Gold, the contract-driven sky pirates of the Kharadron Overlords are duardin obsessed with Aether-Gold. They also employ powerful guns, fly into battle on skyships, and wear magitek armor that can carry them into battle faster than you might expect. 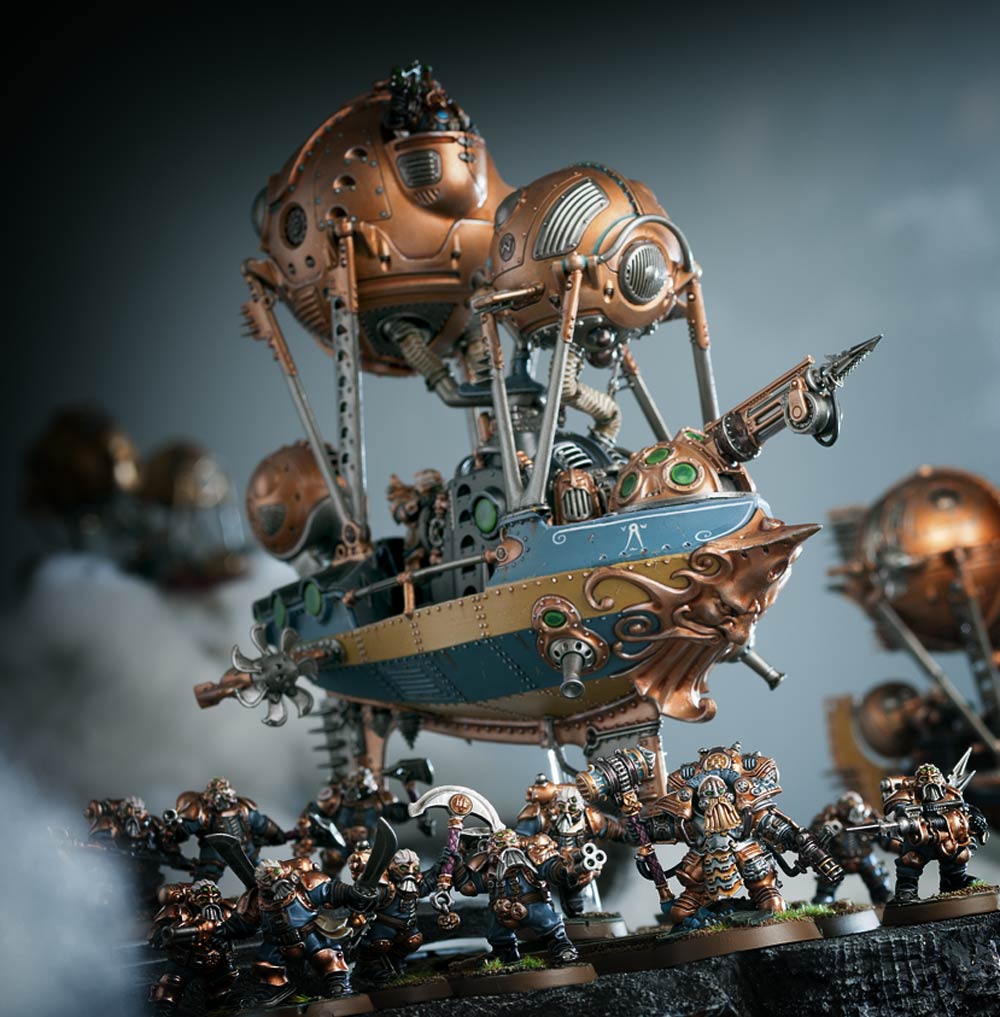 And the obsession with aether-gold plays out in the rules that we’re seeing debut. The Kharadron Overlords now employ an army rule that revolves around shares of aether-gold spread throughout your army. Any model that is either a hero, skyship, or has more than 10 models at the start of the game has one share of aether-gold. You can exchange the gold for a special ability–here called triumphs. Triumphs might include re-rolling to wound, re-rolling to save, or more. 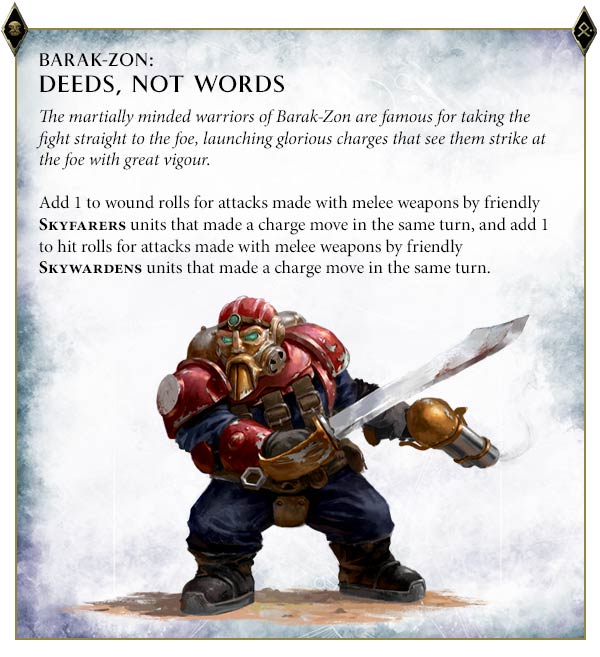 The Kharadron Code also features into the army, manifesting as a different interpretation–and mechanic–that plays out as you pick your  army’s guiding Artycle, Amendment, and Footnote. But that’s not all to the customization of the army, let’s take a look at the Sub-Factions. Each of these have new ways to play your army, with their own command traits and artifacts that let you tailor your playstyle. So that even the notably shooty Kharadrons can be a melee force, as we see with Barak-Zon’s Deeds, not Words ability.

Other factions previewed include Barak-Zilfin which make Arkanaut Frigates into battleline choices and Barak-Thryng who can field duardin from other armies. So grab some Runelords and Berzerkers and throw them into battle alongside your gunships. 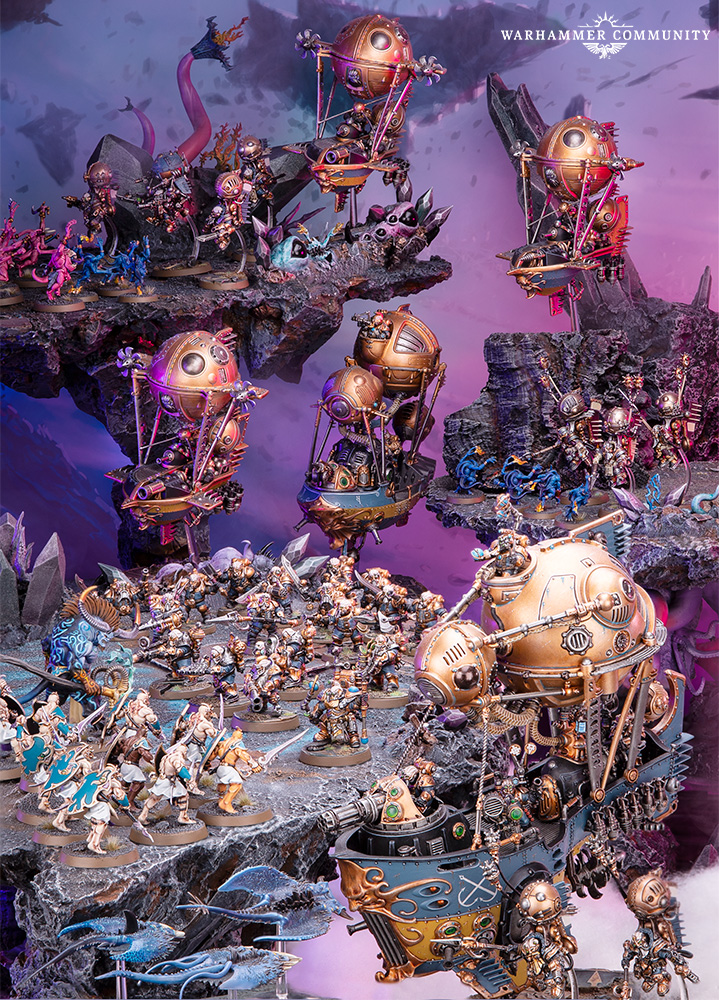 Speaking of gunships, the skyships have been changed, the Skyvessels now count units embarked on them as a garrison, meaning they can shoot out of their skyvessels and fight in melee from aboard the ship. They can also fly high, which lets you redeploy on the battlefield somewhere.

And the Grundstok Thunderers have a new special rule that lets them be everything that Tau wish they could be.

Finally we have a look at the new Endrinmaster with Dirigible Suit, which has got to be the single most austentatious powered armor that  GW has designed in the last year. And that includes a year where they unveiled a suit of power armor meant to be worn over your power armor. 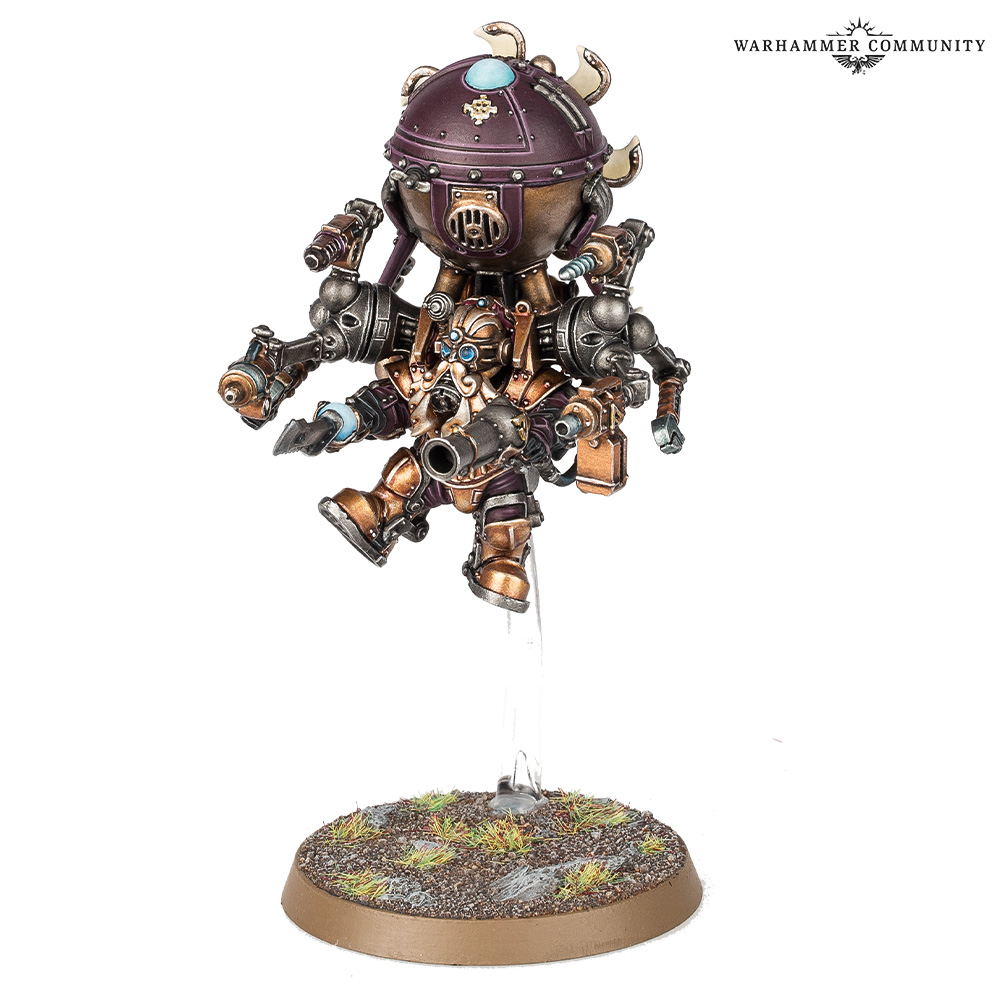 And here’s a look at the weapon profiles.

We’ll see more Kharadron this week for sure, so check back.