Unique board building mechanics, heavy hitting combat and a nice dose of wonderful card art, this game really stands on the peaks of Olympus.

I’ve never played any of the God of War video games, but they seem pretty good. Getting to smash mythical creatures in the face with a big axe seems like a good time overall. So when CMON sent me a copy of their new God of War card game, I was ready to arm wrestle the Babadook, or whatever. Like I said, I haven’t played the games. 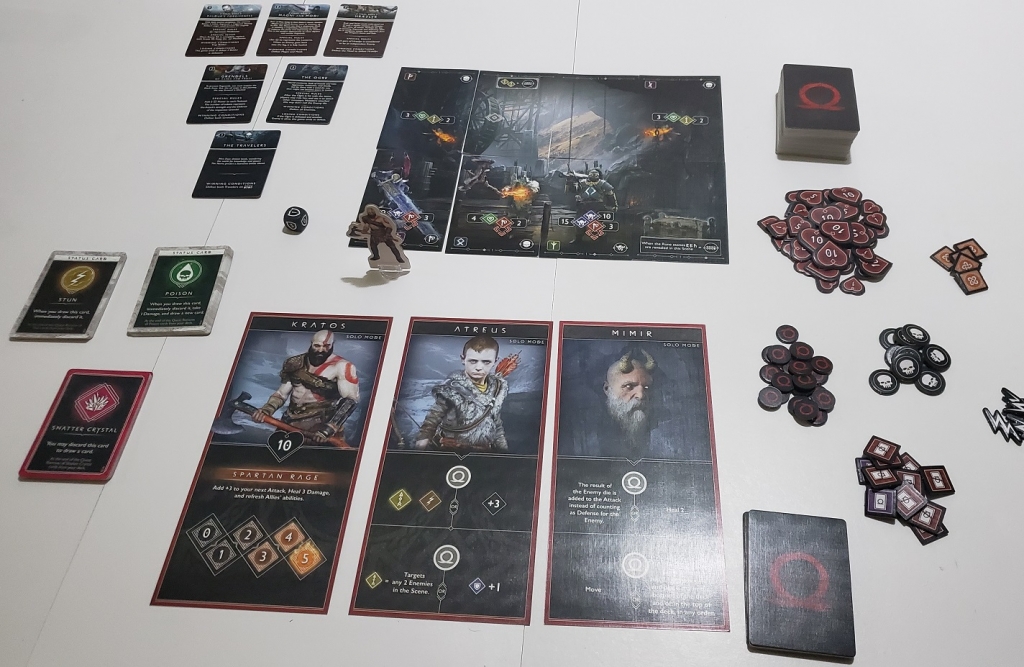 God of War: The Card Game is a cooperative strategy game that kinds uses deck building mechanics. The goal of the players is to fight through a couple quests and defeat a final boss. To defeat a quest, players will have to complete the scene associated with that quest.

During the setup, players set up the quest tree. This quest tree shows which quests the players will have to run through before getting to the final boss. You start at the bottom with the first quest, then choose between one of the two middle row quests before choosing which final boss to confront. 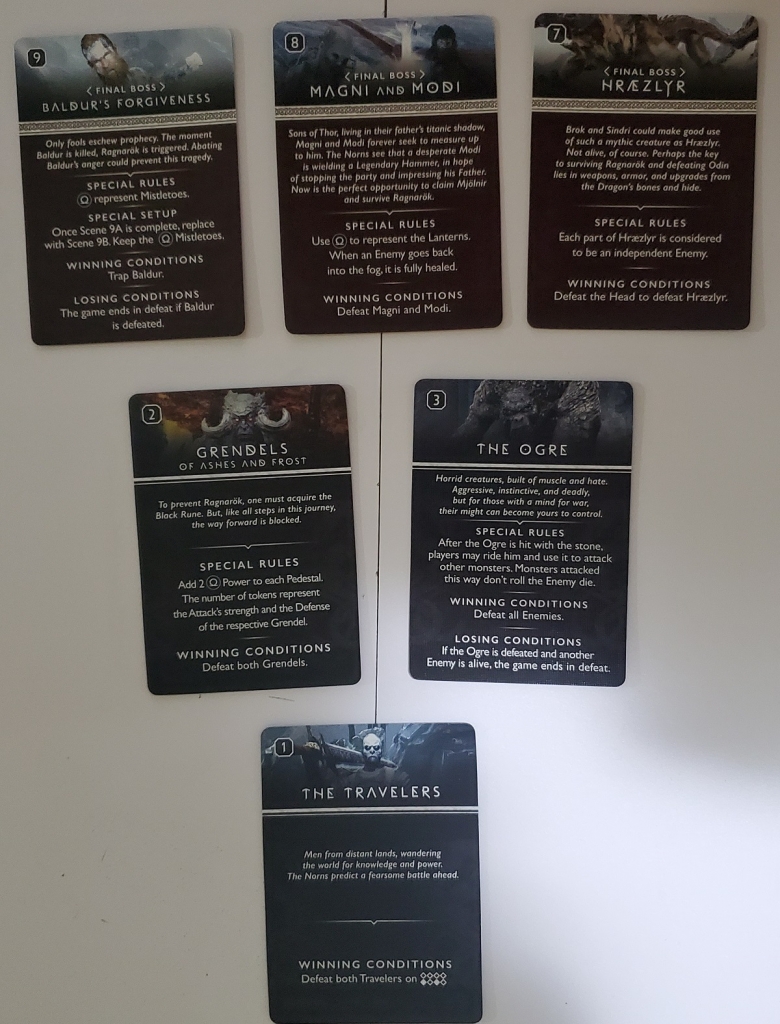 Once chosen, the players will setup that scene. A scene is designed using 8 or more cards arranged to build a picture with a variety of interactive elements. God of War uses a lot of icons to represent various game elements. 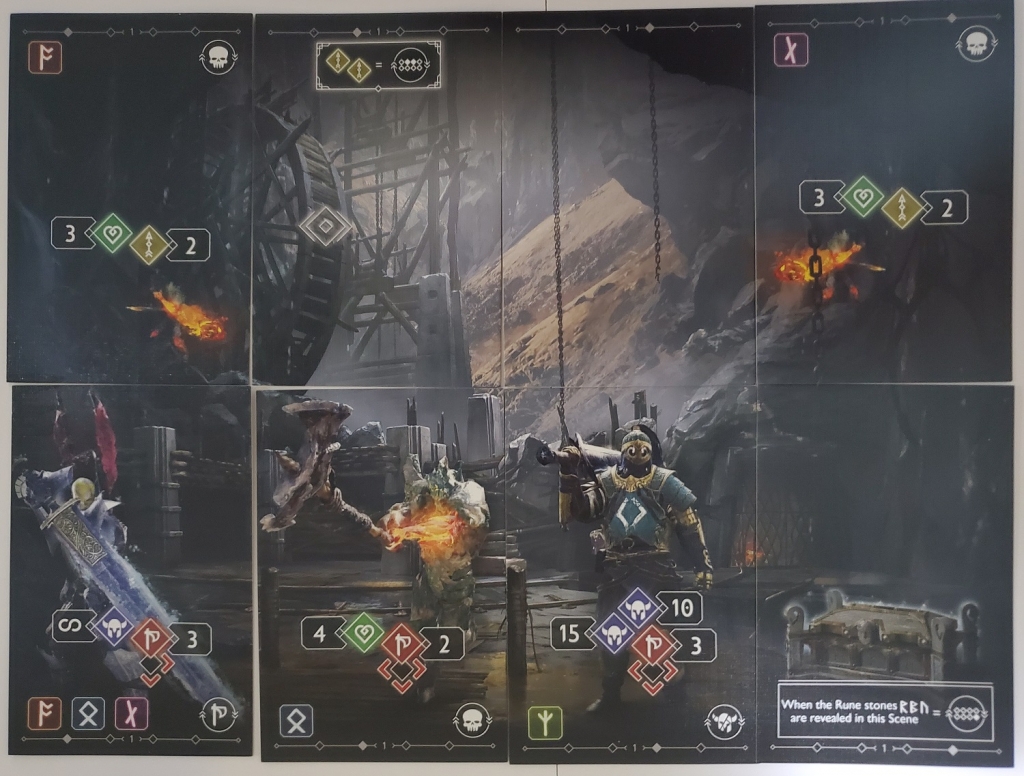 This scene is for The Travelers scene.

This, if nothing else, makes the God of War card game stand out. The art for each scene is fantastic.

On each scene there are a couple of things players will interact with, either bad guys or various objects which will affect the scene in some way. What I really liked about playing through GoW:TCG was this scene system. Each scene card is double sided and flipping the cards is a big element of the game. When bad guys are defeated, or when certain conditions are met, scene cards will flip, revealing new elements to the scene.

To fight bad guys, each play will use the own person deck of cards. Players have combat cards (Melee, Ranged and Defense) and number cards. On their own, combat cards and number cards are worthless, unless they are used together, determining what type of attack and how effective that attack or block will be.

Some cards are wild and give options on their use

Throughout the game, players will add cards to their deck, making it stronger and granting new useful abilities. This, combined with the Rage ability each character has is how they will battle their way through each quest. Each attack grants 1 Rage for that player. One their Rage meter fills up, they are able to use their Rage ability. 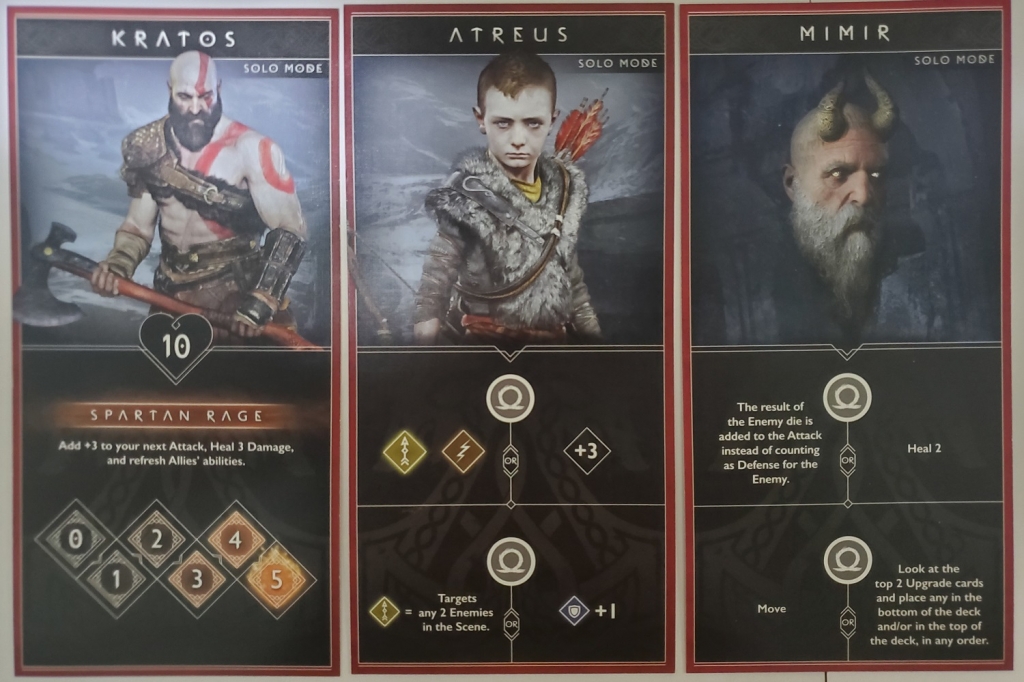 The quest cards determine the victory conditions for each scene, but usually involved killing some monsters. The quests are scaled in difficulty to some degree with it ramping up even in quest 3: The Grendels of Ashes and Frost. 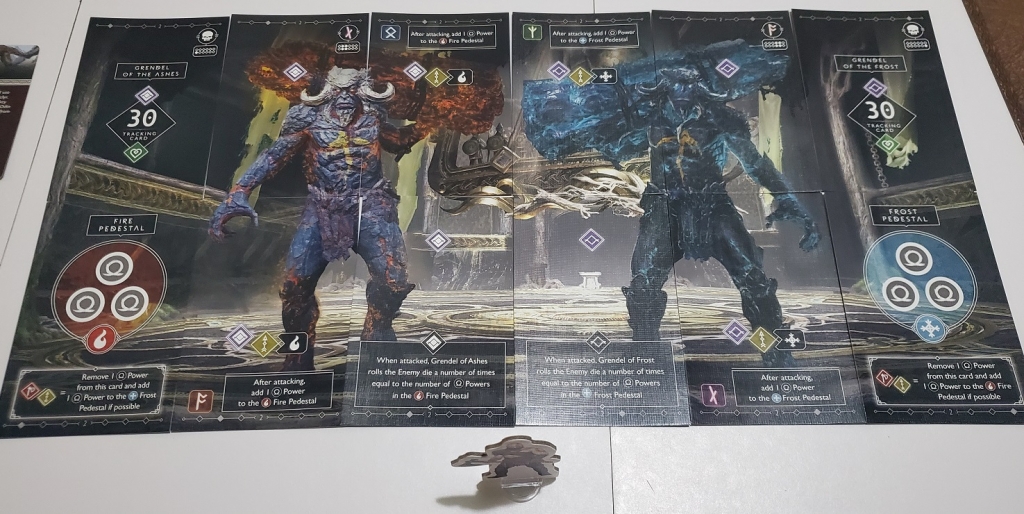 For real though, just look at this art!

Notice that this scene is larger than The Travelers and has more interactive elements. This really helps each scene feel different and offer different objectives and things to handle throughout the scene.

I don’t want to give away any more spoilers, especially for the bosses. But suffice to say, this is much more than a typical combat brawler card game.

On top of that, each scene has a few hidden elements which are only revealed after interacting with it. Knowing when to take the time to step away and do whatever is needed for that was a great challenge.

My only qualm was the game felt a little overwhelming at times with the iconography. There’s a LOT of icons on each scene and it can be hard to remember what each of them do, when to activate which one and searching through them all to make sure you correctly activated them all when you were supposed to. In general, it’s a small complaint but I wanted to be fair in my review. It’s a double edged sword. Each scene has so much going on ?. But on the other hand, each scene has so much going on ?!

If that makes sense. 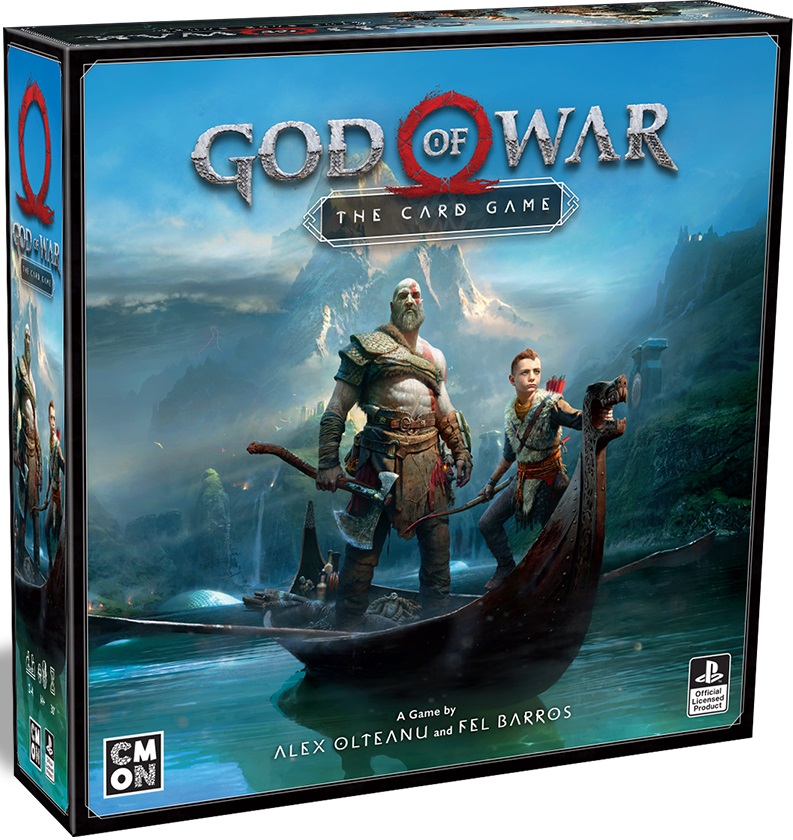 Ragnarök, the cataclysmic event that will destroy the world, is coming. This may seem like an impossible thing to stop, but some people have decided that they are up to the task. They are the Norns, and they have travelled to the well of Fate, Urðr, to find a way. The swirling waters allow them to play through different scenarios of heroes, quests, victories, and defeats in order to locate a magical combination that will stop Ragnarök once and for all. Will they find a way in time?