RPG Fanart Fridays – Too Many Tieflings

Nithspira is Tiefling, who is feeling just a little blue:

Nithspira.
I made an attempt to mimic the style from Hades. It's hard.#art #tiefling #dnd pic.twitter.com/8X0ikrOSAm

Continuing with the theme of dark and blue tieflings, feast your eyes upon this rogue whose horns are some of the most unique I’ve seen on a Tiefling…but I think I love their design best of all:

Course work has been kicking my ass lately, I'm sorry for the lack of art!
I've finally managed to finish my lunch break piece though!
I hope you all like my Tiefling rogue! I missed painting her so much ?#dnd5e #dndart pic.twitter.com/8DYwt6qhDa

That’s enough blue tieflings for now, let’s have a red one:

This piece comes to us from Reddit user u/AlberonRPG, depicting a tiefling warlock who has turned upon his patron 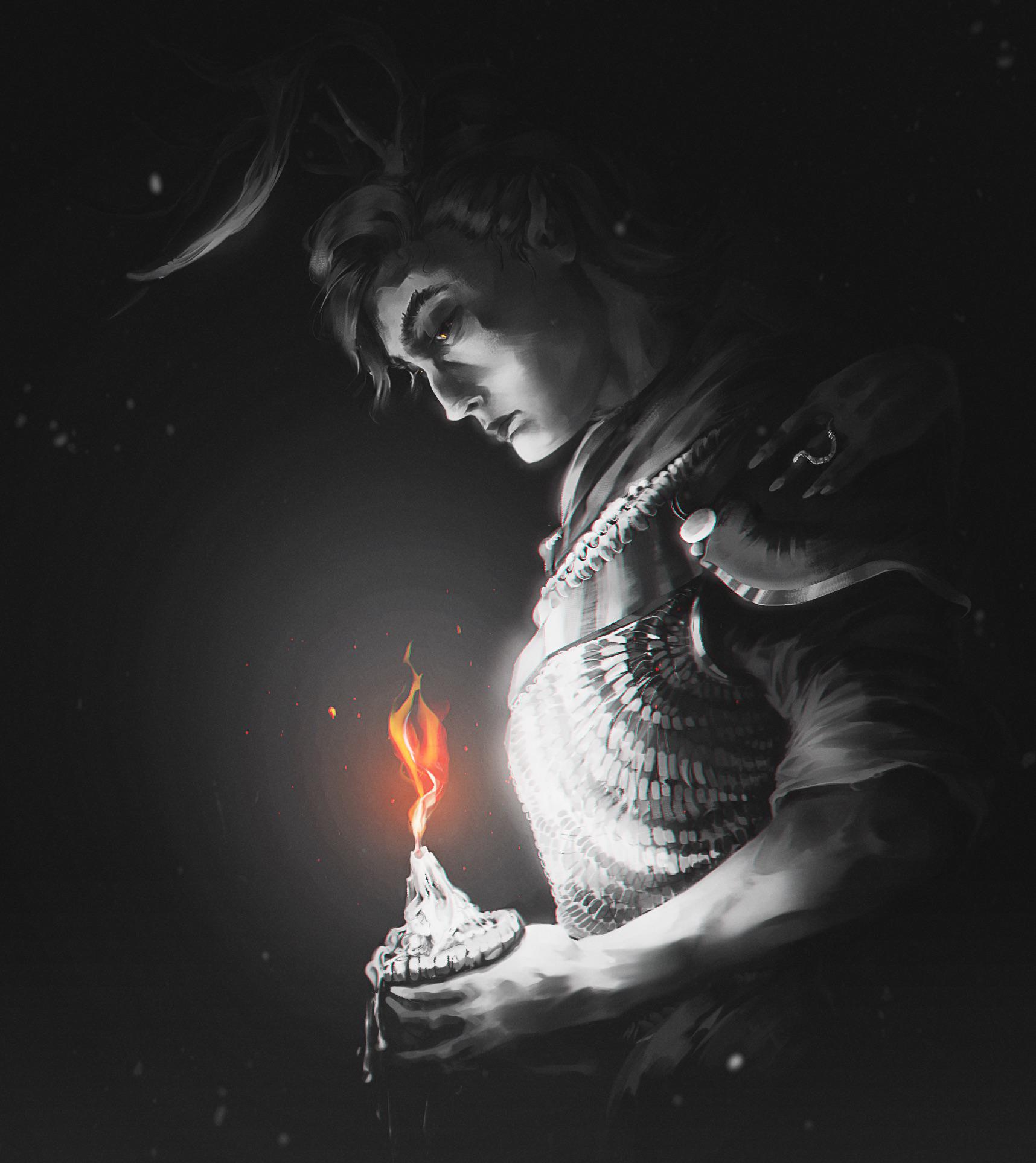 Huh…there are an awful lot of tieflings, this go round. Let’s try our luck with some Critical Role fanart:

Finished this drawing of Jester from @CriticalRole in her level ten outfit! Enjoy! #criticalrolefanart #dnd pic.twitter.com/xGabAz2Vv9

Okay well maybe if we looked at some cosplay or someth-

Okay well how about this piece of Fjord getting some helpful advice:

Okay well how about just some nice skulls or something. Pretty hard to go wrong there:

Okay well this next character is a half-orc, so we’re finally getting away from Tief-

My newest guy, also for Tomb of Annihilation, is a half-orc/half-tiefling paladin of Mielikki ?
Meet Upholder, I already love him so much y'all ? pic.twitter.com/WSFn9f0vRN

With our group's alcohol based aliases, and his new general look… Savos gives me a really western feel. So here's a drawing of him in a saloon looking tavern. Old photograph and regular vs.#dnd #tiefling #dnd5e #avernus pic.twitter.com/c43myVjPbK

Welcome to D&D, where it’s Tieflings all the way down:

Since we are playing a duet game, we have one player character, and here she is!