The talk of a new edition continues Grimdark fans. Here’s the latest.

We’ve been hearing for months now that a new edition is likely in 2020. The rumors are picking up as we approach the new year. Here’s the latest: 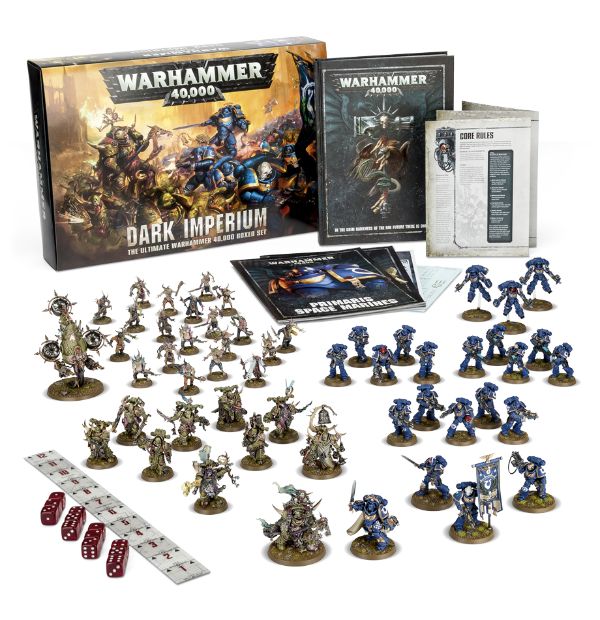 What would you put in a 9th Edition starter set?

A lot of this lines up with what has been out there. We have made it all the way through the initial run of faction codexes in 8th Edition with Sisters (January wide release), and already GW has started on 2nd editions for the big important factions (Astartes, CSMs).  So there are probably very few codexes they wish to redo a second time before any new edition launch. Traditionally GW launches new editions in mid-summer. We now know 6 volumes of Psychic Awakening are coming at a rate of roughly 1 per month, so that takes us through Q1 2020, with still quite a few of the its announced races untouched. This leads me to believe that another set of PA books will be coming in Q2 for the other races. This sounds like PA is an evolution-variant of the Rise of the Primarch series that closed off 7th and set up the major events covered in the 8th Rulebook’s background section.

Remember when this let to the ending of 7th edition, and what it led to.

As for the rules, a “cleanup edition” makes sense after the giant reset button of 8th edition. GW will be keen to not disrupt things too much, and we have all the points in Chapter Approved to last for the next year. I’ll leave you all to read the tea leaves about what changes to the Psychic Phase, some KEYWORDS, and Age of Sigmar elements could be – but I have my suspicions.