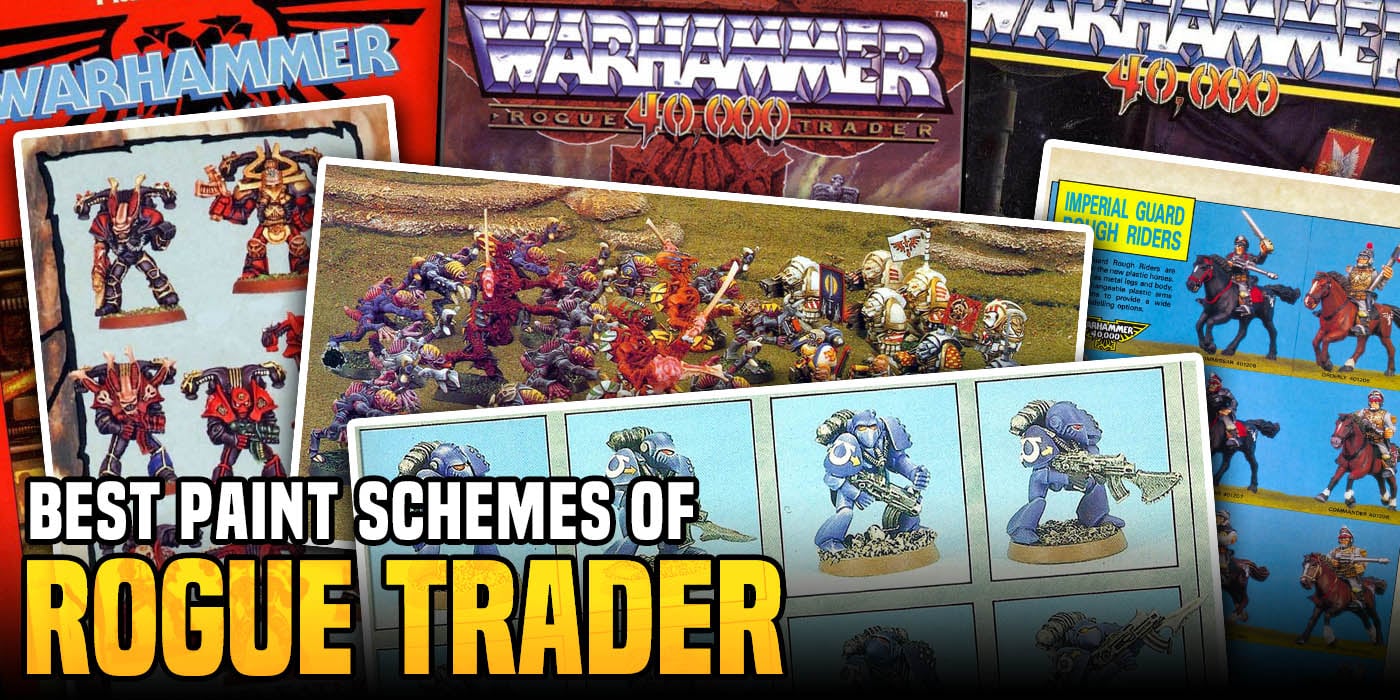 Come see the birth of some classic paint schemes for the grimdark that we venerate over three decades later.

Rogue Trader arrived in 1987 and lasted until 1993. But what an amazing 7 years it was. During that period the earliest formative versions of most of today’s armies arrived and with them their now classic paint schemes. Some of these are still in use today, while others have been lost to time.

Take a look back 30 years to see where it all began, and maybe borrow a few ideas for your own modern armies to give them a tad of retro charm as an homage to these early trailblazers of the grimdark.

Onto the Paint Schemes 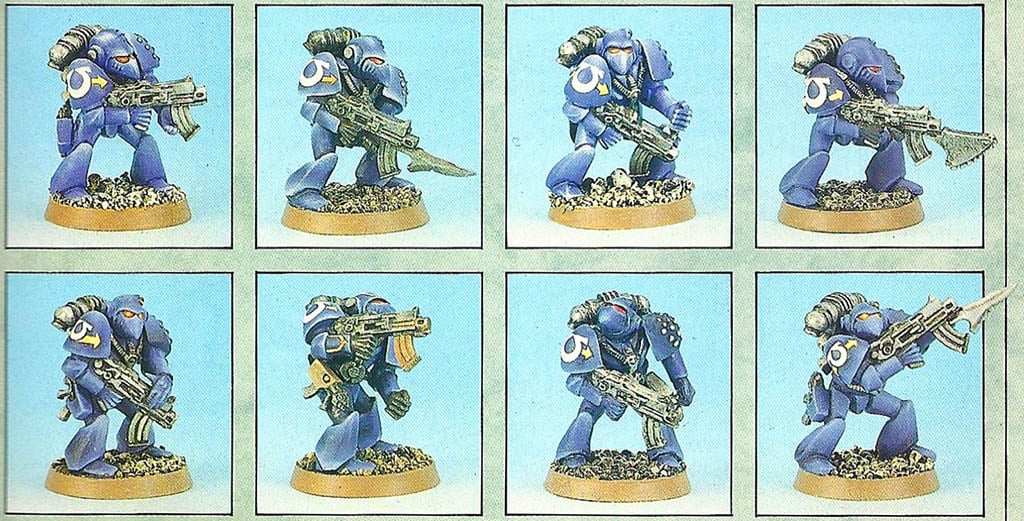 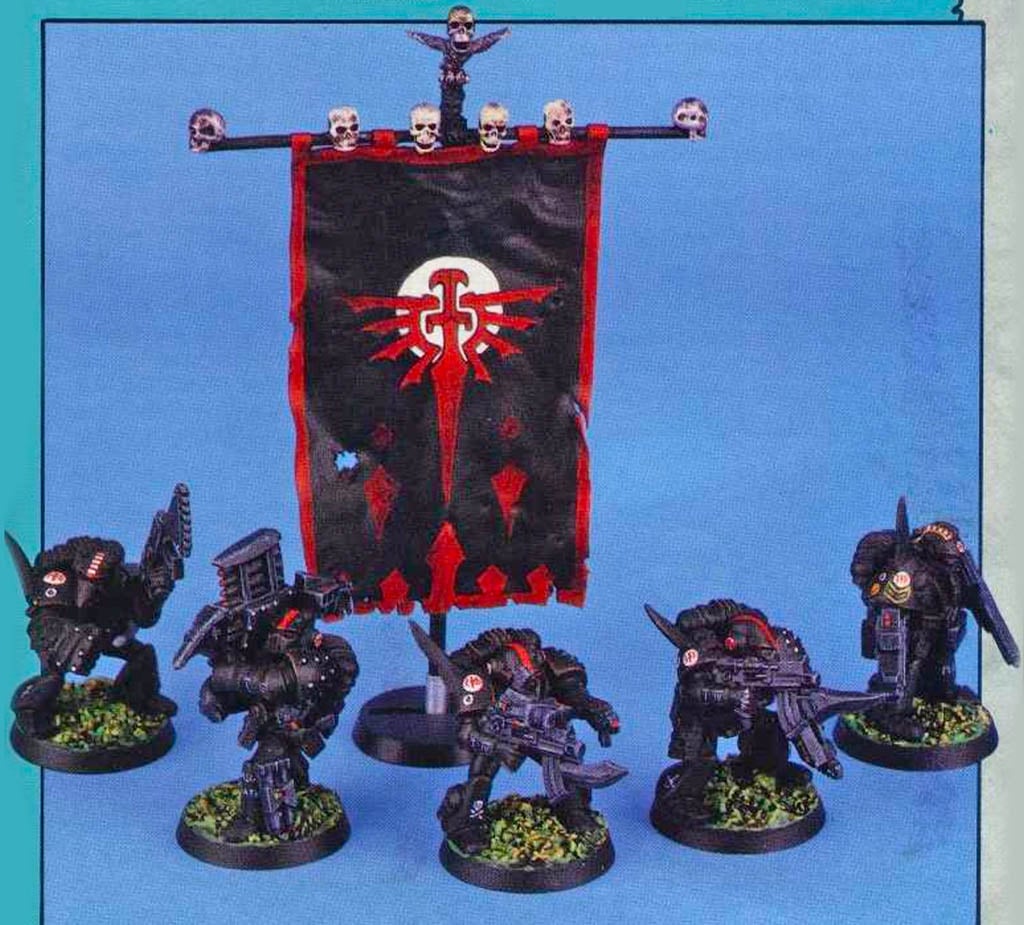 Space Wolves – the earliest of the super bright schemes, soon to be copied by just about everyone in 2nd Edition. 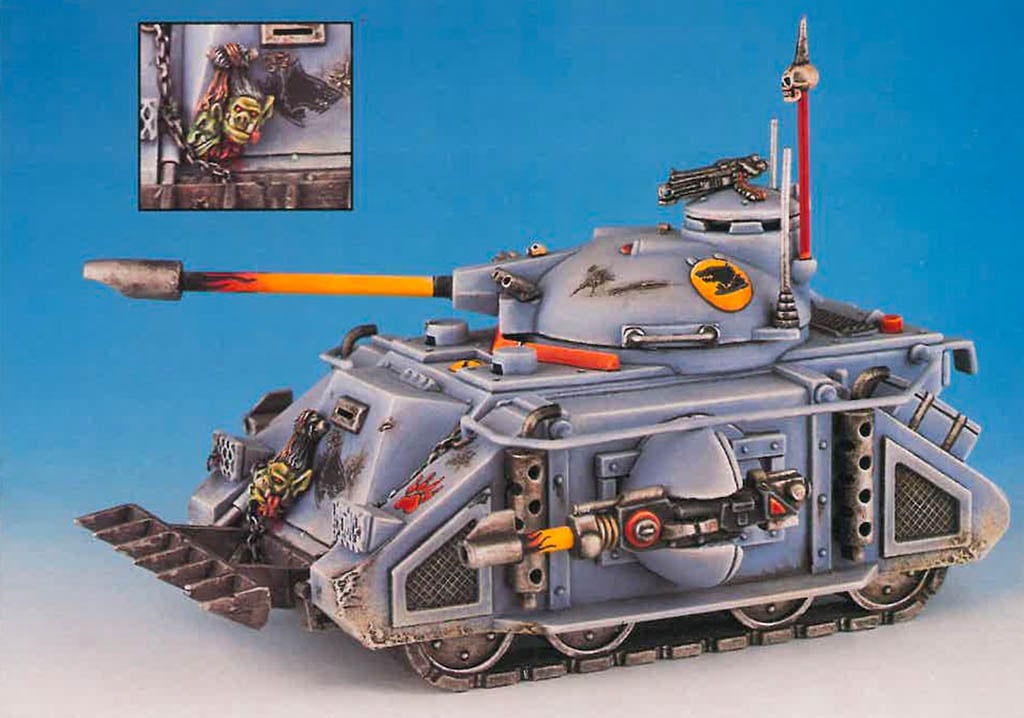 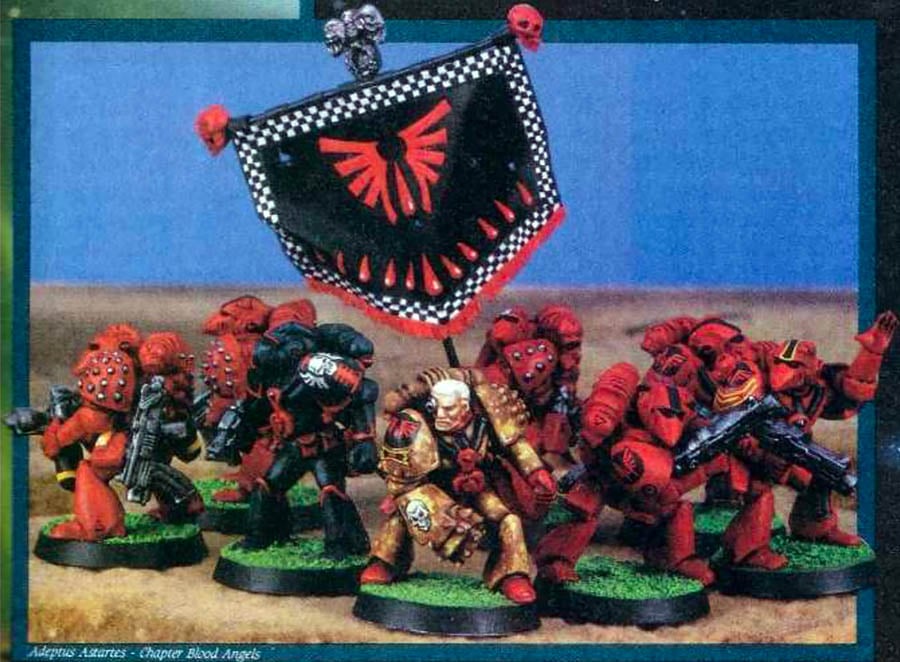 Blood Angels in RTB-01 gear, with those nice looking sergeant stripes on the right and a very cool camo powerfist-Captain. 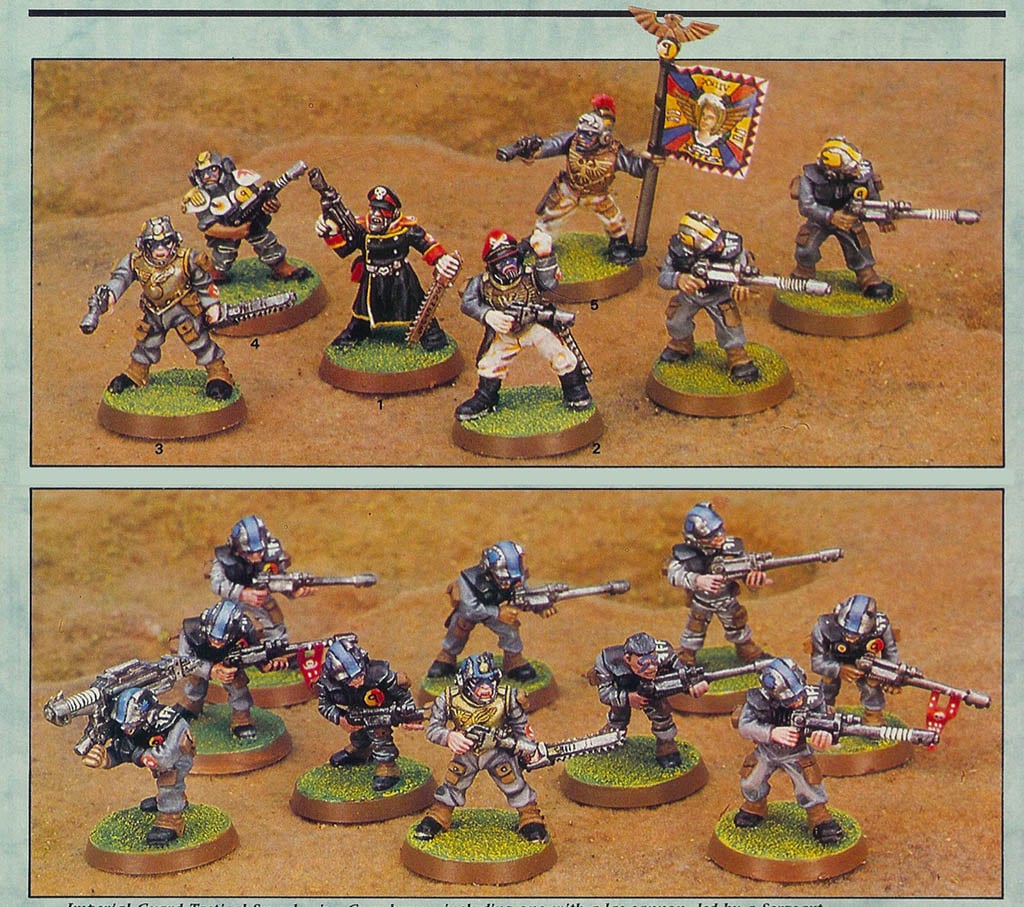 Imperial Guard – in their grey with gold armor classic scheme. 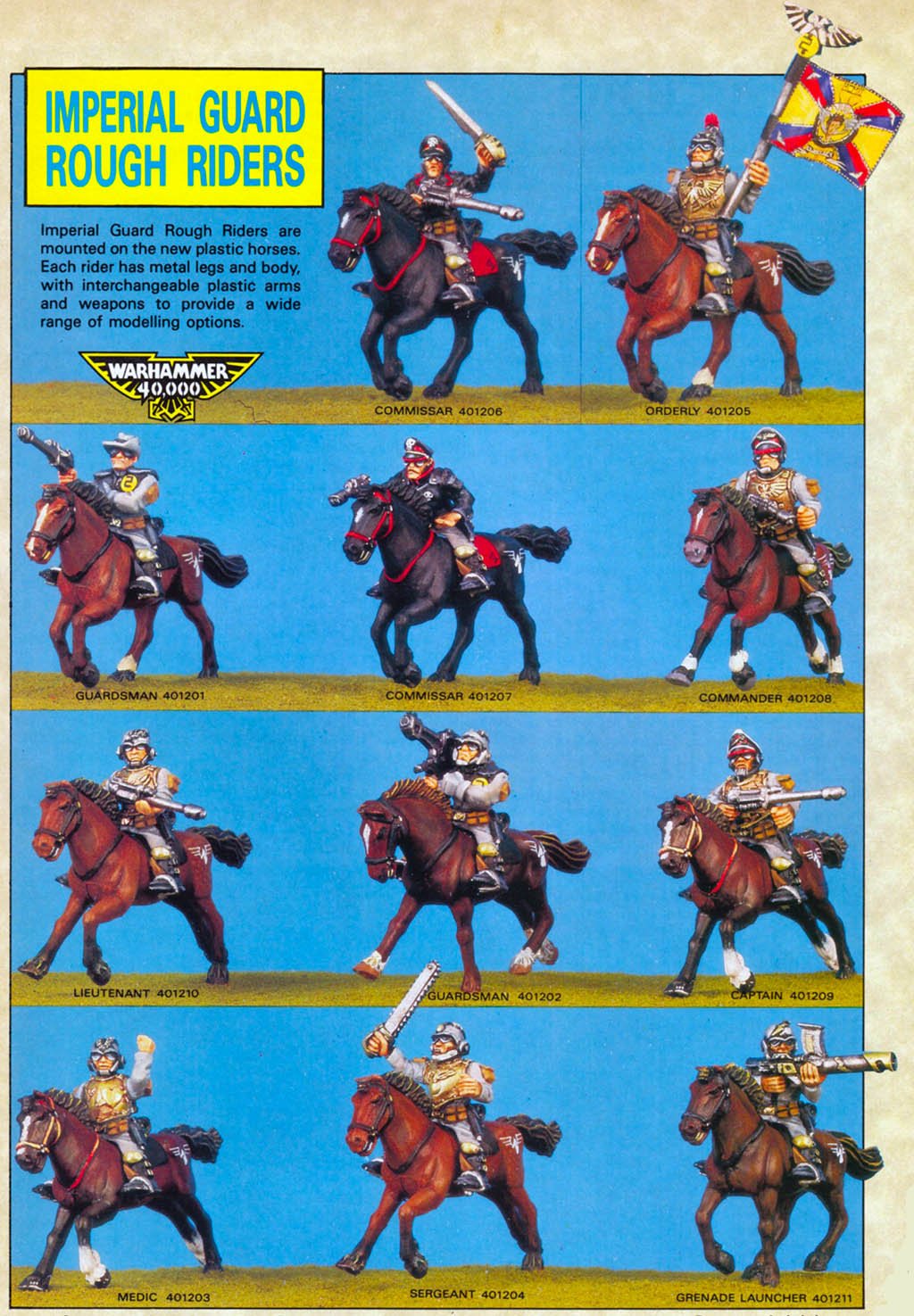 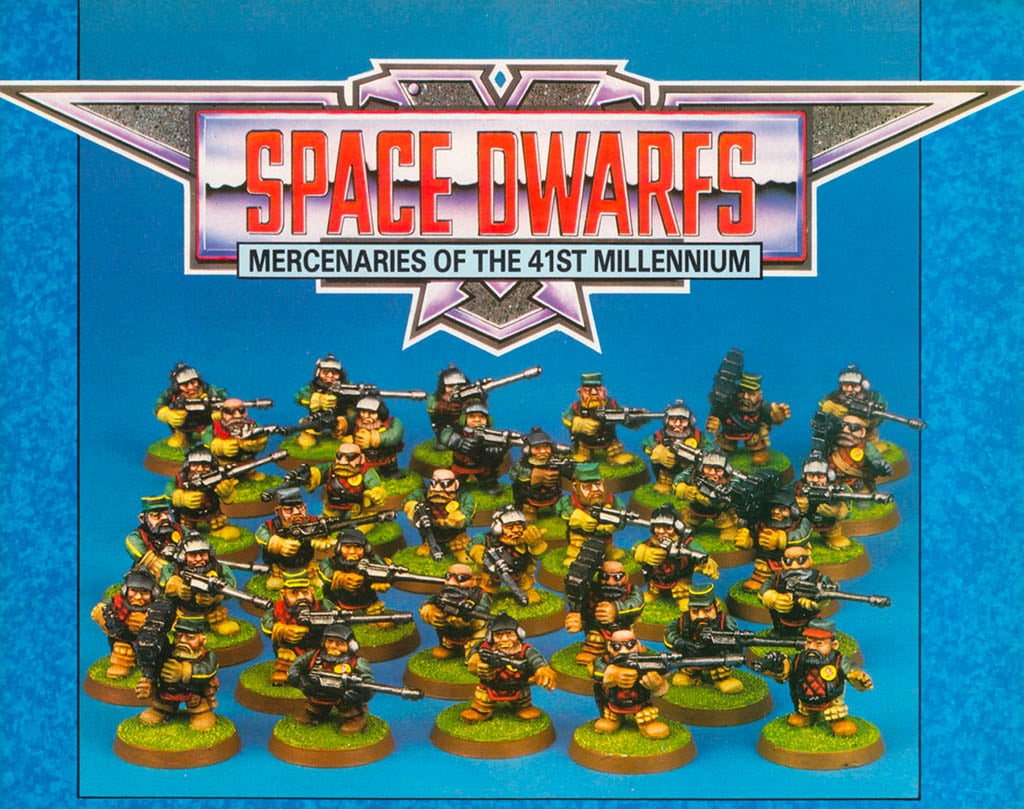 Squats – with tan padded vests, plus dark green with yellow trim caps and jackets. I expect to see lots of this if they ever return. 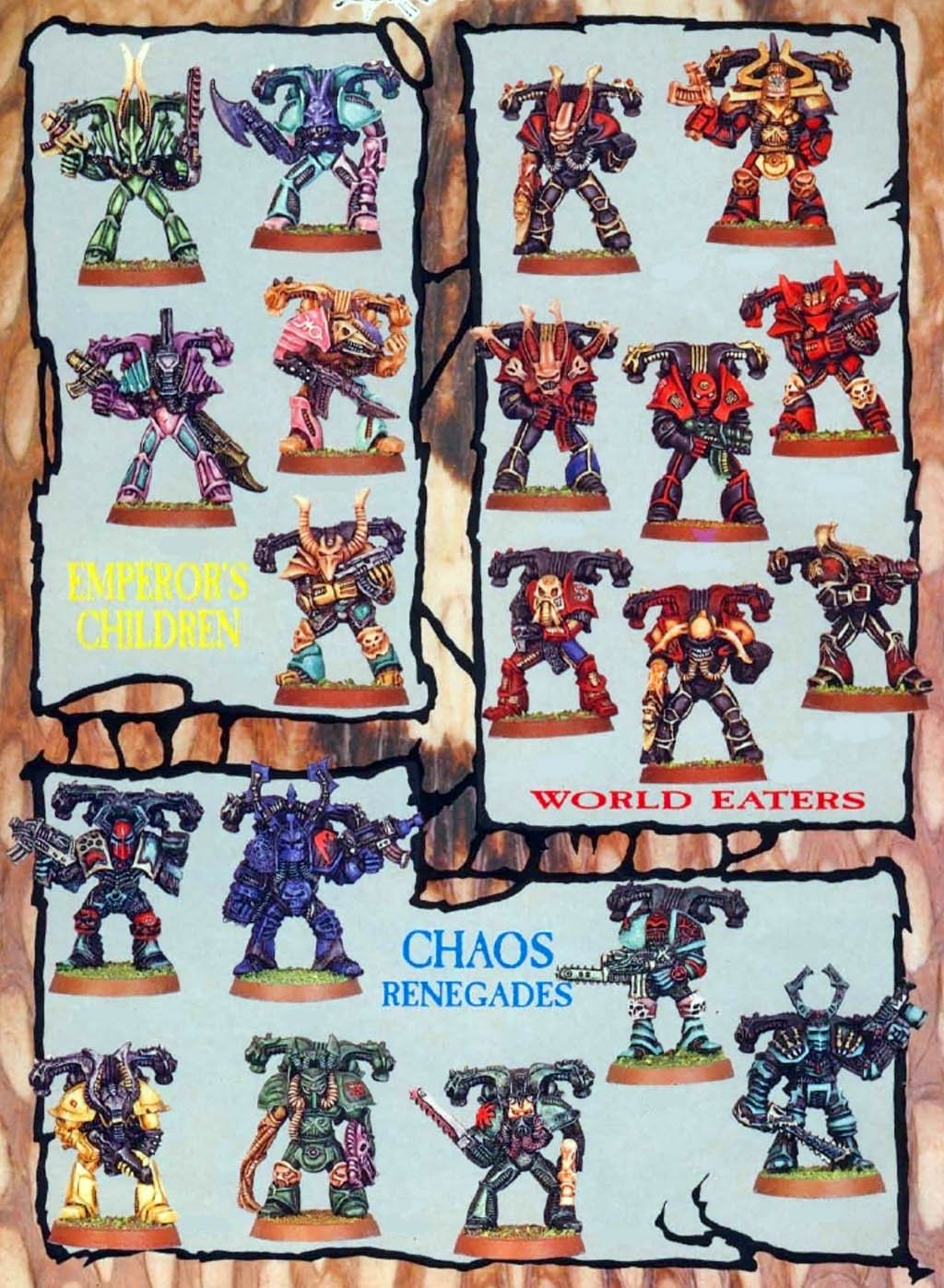 Chaos Space Marines – In a lot of pastels and metallics, with a couple of early Legions having god-specific colors. 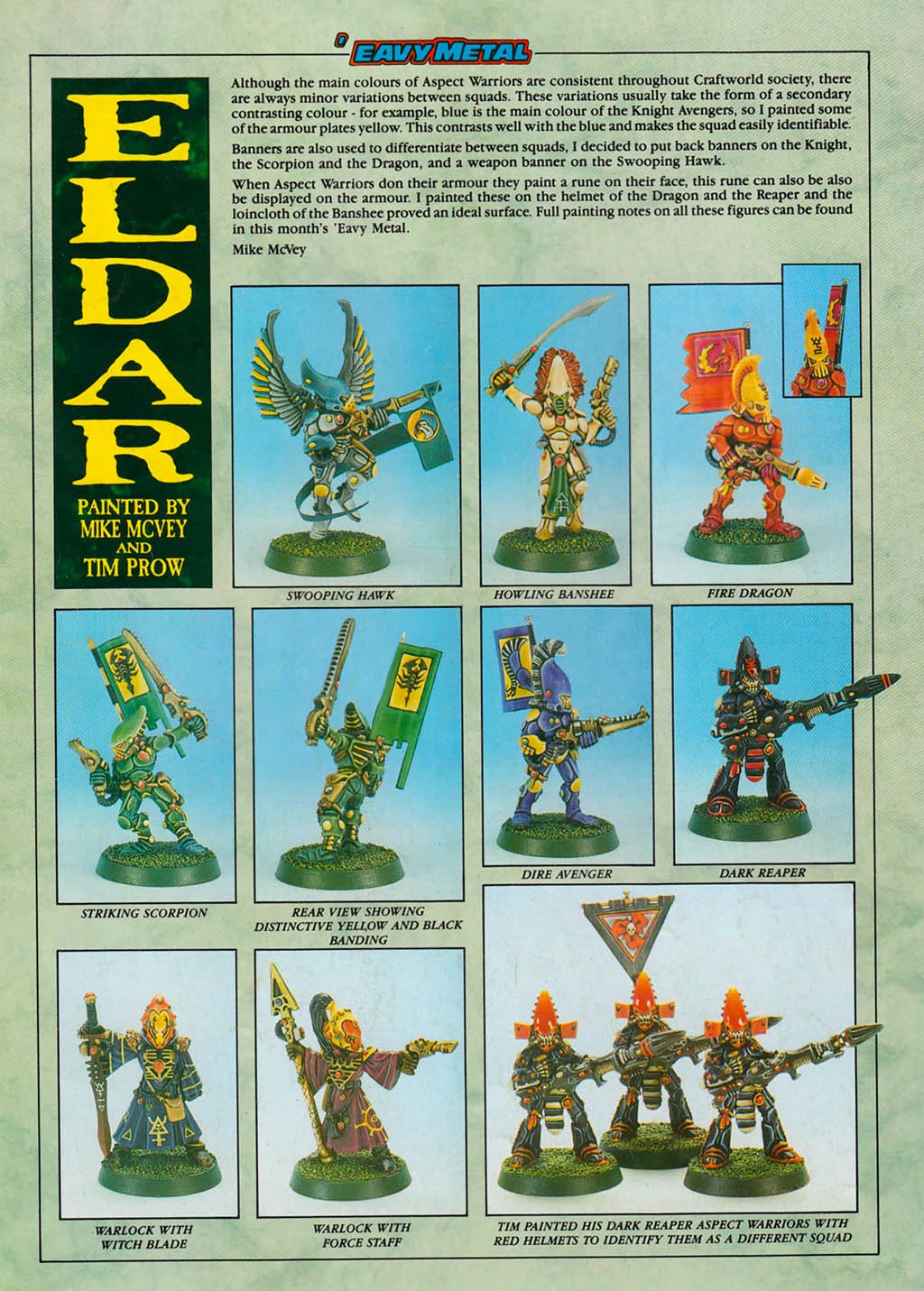 Aspect Warriors – The first aspects in their original schemes – still carried down to this day. 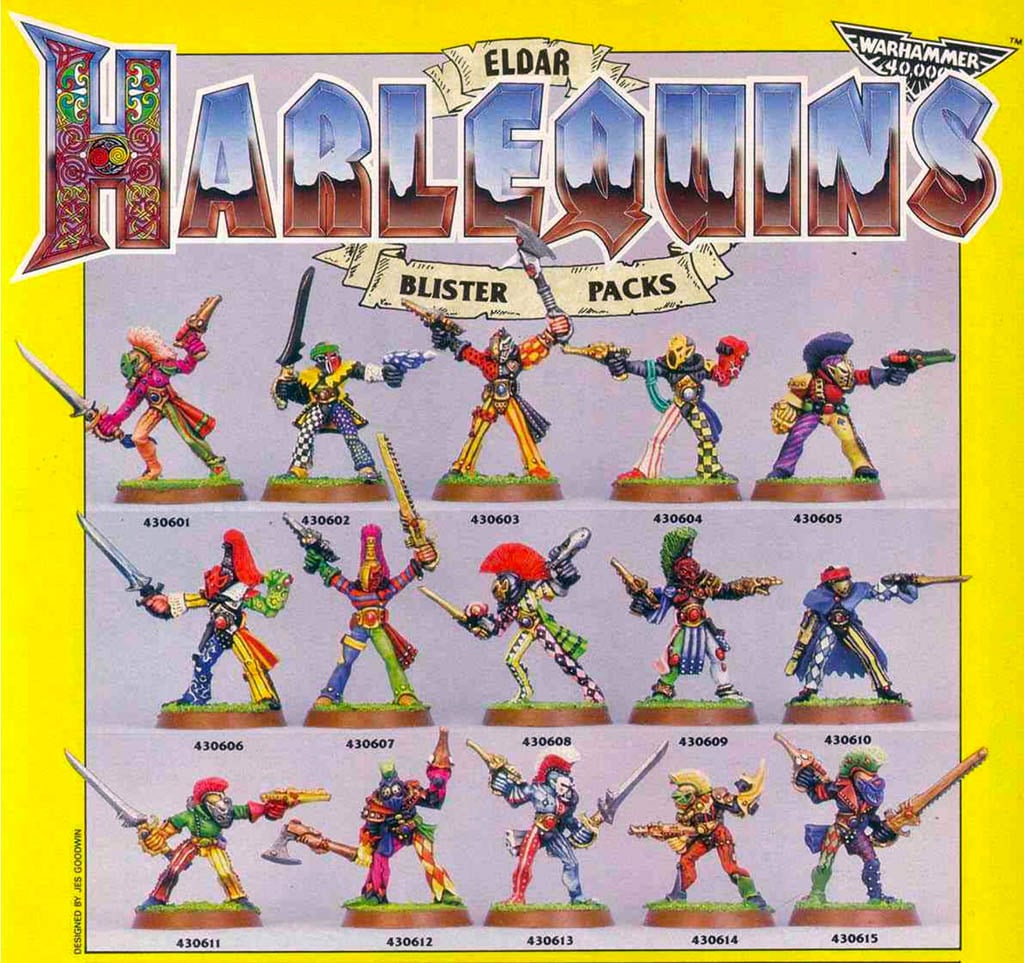 Harlequins – in their Rogue Trader “every clown is different” schemes. They at least match in their recent reincarnation.

Tyranids – Genestealers/Hybrids here in their classic blue-purple Space Hulk scheme and the ultra-bright red warriors. Also, get a look at those Marine scouts! 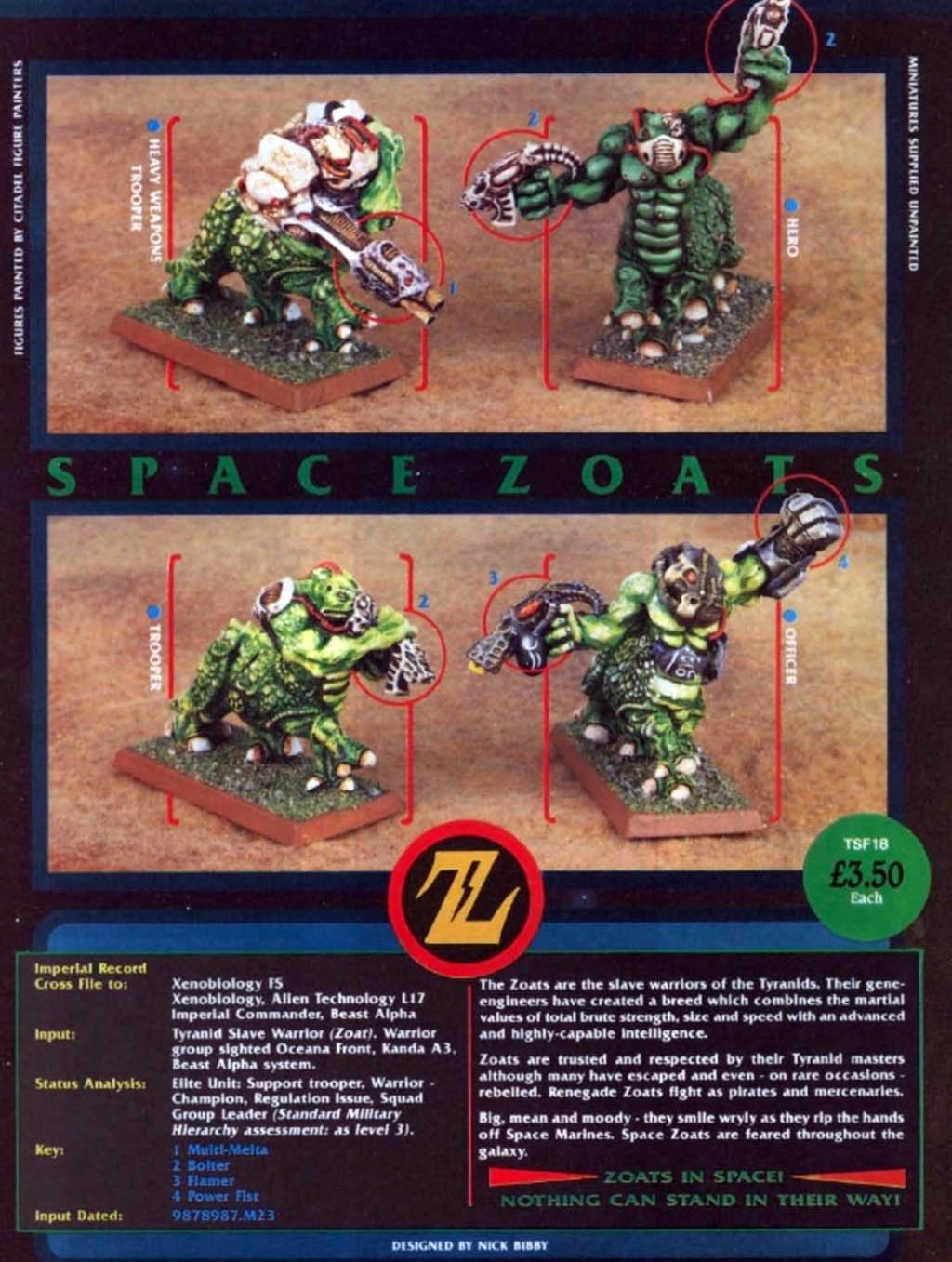 BONUS – Zoats, because any day with a Zoat is a better day! Note the 2nd and 3rd paragraphs on the right.

~Which one of these schemes would you most like to recreate with a modern army?