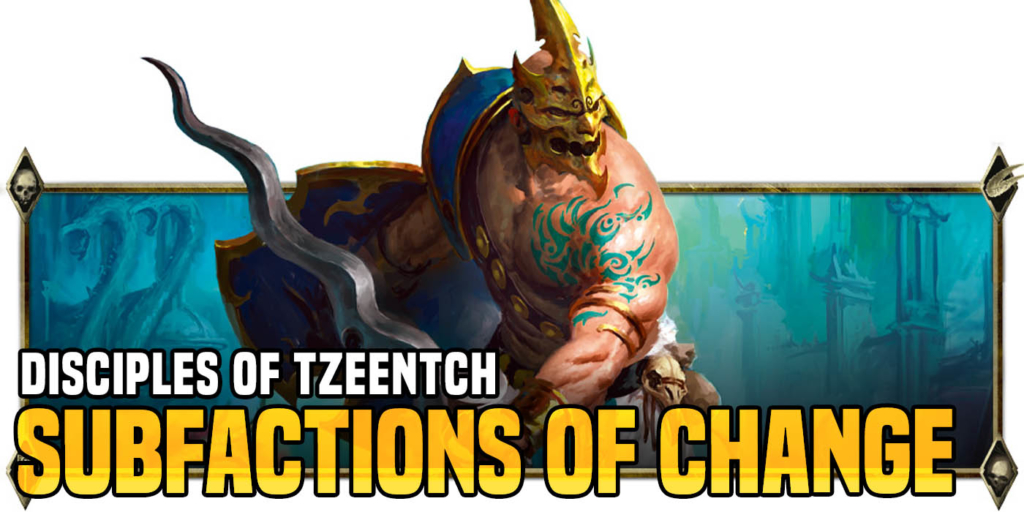 Now that Tzeentch has been out for a few days, generals of the Lord of Magic are getting their new armies together. While not required to play, or even be successful, the newly redesigned subfactions can bring some power and fluff to your lists. 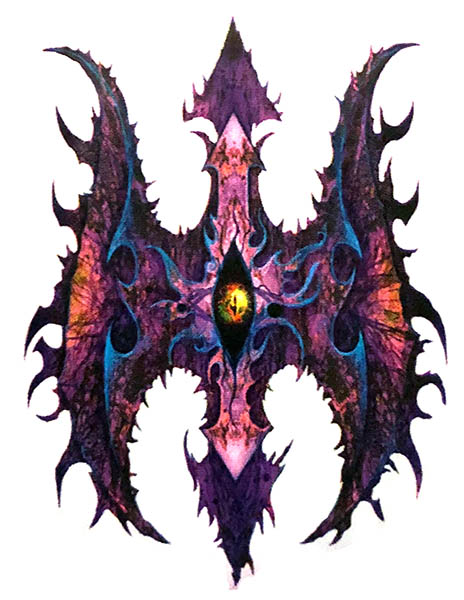 The Guild of Summoners

One of the big new things in the DoT book is the reworked Fate points and summoning table, which is a bit reduced on points but still mostly the same. However, the Lord of Change is still a staggering 30 points to summon, which even after the reduction is a big ask, especially if you end up fighting an army with no wizards like Khorne or Duardin.

However, this is a none issue for the Guild of Summoners, who have turned every bit of their sorcerous might to summoning the Exiled, nine powerful Lords of Change that got booted from Tzeentch’s realm. To represent this, the Guild can ONLY summon Lords of Change with Fate points, but their first costs only 9 and their second only 18. That means you can summon 2 of the Bird Boyes for less than the cost of one for anyone else. Subsequent Lords cost the usual 30, but if you feel the need to summon a third one you’re either already probably going to win or you don’t like friends.

Their command ability makes it even easier to generate your coveted Fate points, allowing a wizard within 9” (or 18” of your general) to add 1 to their casting rolls. Since your Heroes will mostly all be wizards anyway, the range isn’t as important, but you can also use this to buff your Kairic Acolytes or Horrors should you bring them along. A unit can only benefit once from this ability, as with most, but if you have enough command points you can spread this out pretty nicely. 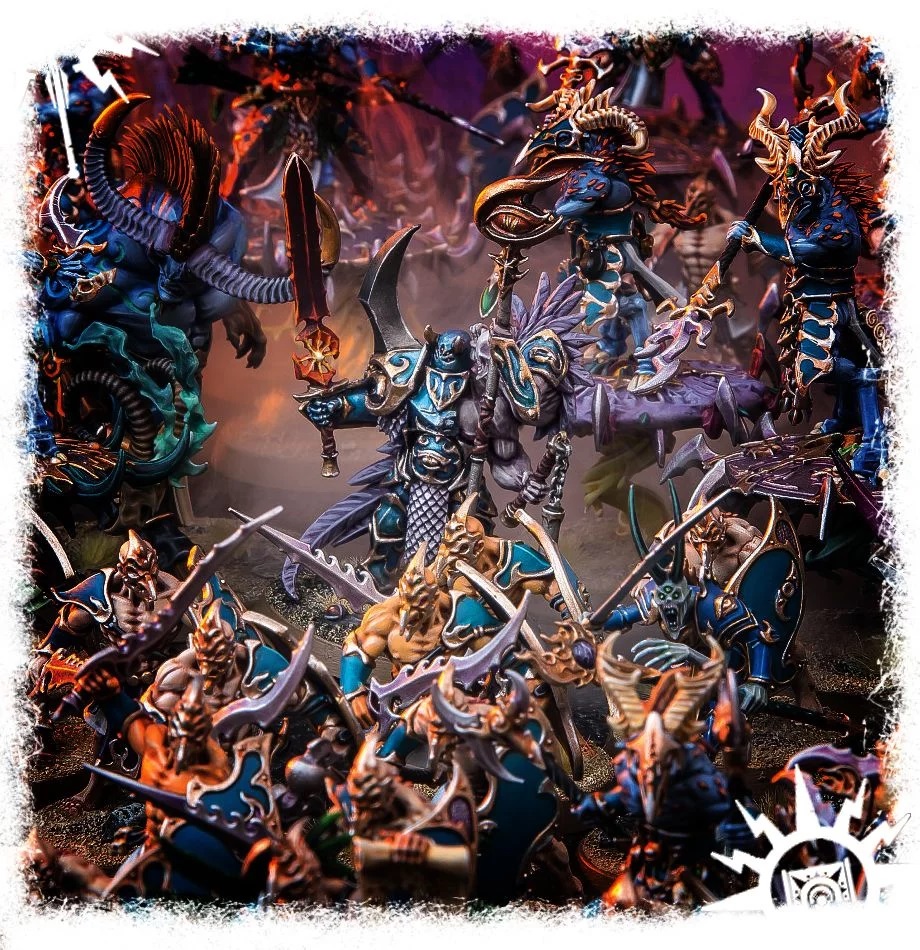 Your general is required to take the Prophet of the Ostensible trait, which allows your general to give you an extra command point on a 4+ every hero phase. This combos well with your ability, so you should be trying to get as many wizards buffed every turn as possible. The Curseling is a great choice for your general since he can double cast, steal spells, and still fight if he’s close to combat, so he can throw the boosted casting to frontline units.

The required artefact is pretty snazzy as well, giving all units wholly within 18” Battleshock immunity. This can be very strong if you have big blocks of Kairic Acolytes, as it will prevent your squishy boys from running and keep them throwing fire and giving you those sweet sweet Fate points. If you love Lords of Change and magic shenanigans, and if your playing Tzeentch you probably do, this subfaction is definitely worth a look. 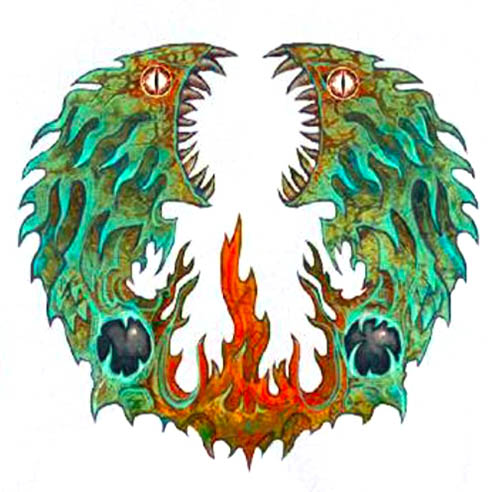 In the new battletome, Daemons saw some disappointing nerfs, but also some pretty decent buffs to keep them viable. One of the best new abilities is the Locus of Change, which subtracts one from melee weapons trying to hit friendly Daemons while they are wholly within 12” of a Tzeentch Daemon hero. To that end, the Host Duplicitous can become a very frustrating army to put down, and can easily drown stronger enemies in waves of models. The army-wide ability makes it impossible to retreat from combat with your models while within 3”, so you can lock down a stubborn war machine or shooting unit and keep their ammo out of your bigger guys.

The command ability activates whenever one of your units of Horrors (of any variety) is destroyed, allowing you to create an identical unit anywhere wholly within 12” of a friendly hero and more than 9” from enemies on a roll of 5+. This can be huge if you have a beefy unit that took ages to take down, and potentially lets you cover your backline or setup a crucial charge. The command ability lets you reroll casting and unbinding rolls for all Daemon wizards wholly within 9” of your general. If your general is a Lord of Change, this means he can potentially cast on a 13, and all your tiny Horror wizards, including your units, can boost all their spells, allowing you to generate more Fate points to summon even more Horrors, rinse, repeat. 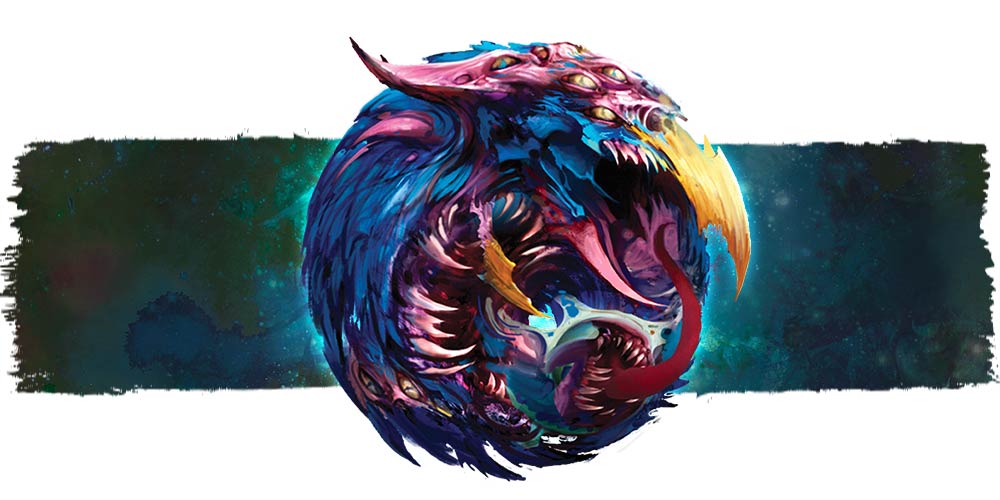 The required artefact is simple, adding 1 to the save rolls for your general, but since it can increase the save of a Lord of Change to 3+, it is by no means anything to sneeze at. If you want a horde of writhing tentacle monsters spitting fire and sorcery at your enemies with no real consequence for their death, look into this subfaction. 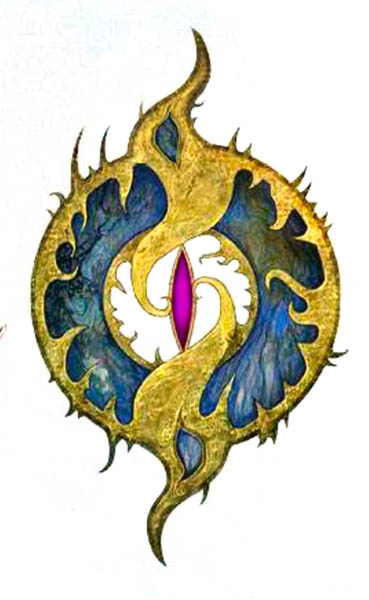 Back before the redo, the Pyrofane Cult was my favorite subfaction, and I did everything in my power to fit my army into their requirements. With the new battletome and the buffs applied to both the subfaction and the Kairic Acolytes it features, I was happy to jump back in with both taloned feet. All Kairic Acolytes in a Pyrofane cult add 1 to hit rolls for their Sorcerous Bolts attack, meaning they hit and wound on a 3+. Considering you’ll want to take these guys in big units to keep the wizards for as long as possible, that’s a huge buff and will allow your Acolytes to scythe throw almost anything you point them at. Combine it with their signature spell to increase their Rend to -1 and even armor won’t be enough to stop your fiery onslaught. But the Pyrofane Cult doesn’t stop with accuracy; at the end of the shooting phase, you can roll a d6 for any enemy units that took damage from Kairic Acolytes that turn, and on a 5+ that unit suffers d3 mortal wounds. 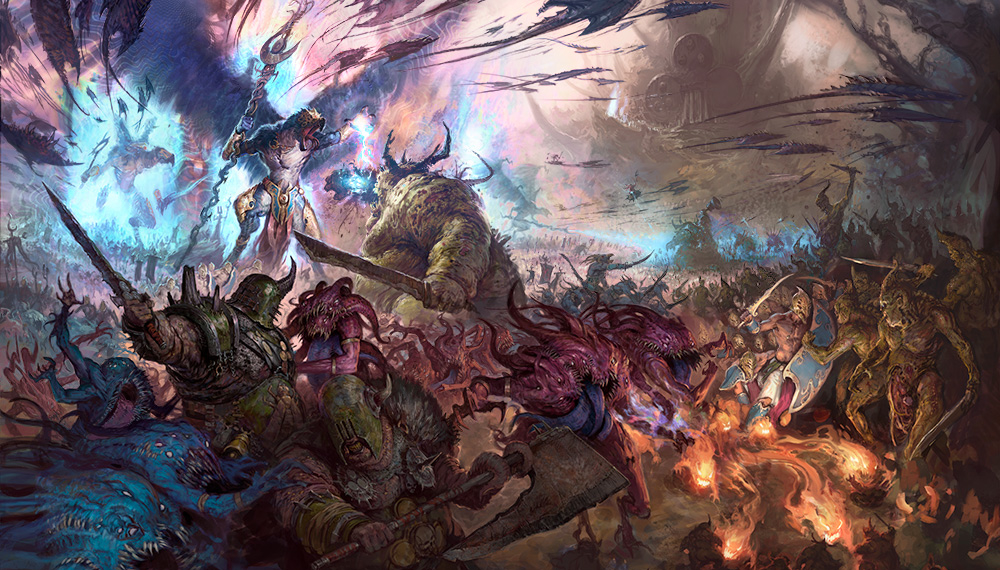 The command ability keeps the Kairic pain train rolling, allowing you to re-roll wound rolls for shooting attacks for a unit of Kairics wholly within 12” of a friendly hero. The command trait makes your general harder to slow down, forcing your enemies to subtract 1 from missile hits pointed at him. If you have him close to a unit, you can combine that with “Look Out, Sir!” to make sure whatever general you take won’t turn into a feathery pincushion. If that general just happens to be a Magister on Disc, then it is pretty likely he won’t get caught in melee either.

Finally, your compulsory artefact gives a hero some of the punch of the Kairics, allowing you to pick one of their missile weapons and, should you roll a 6 to hit, dealing d3 mortal wounds instead of rolling for damage. If you want to rain unholy magic fire on your enemies with impunity, do like me and pick these guys. 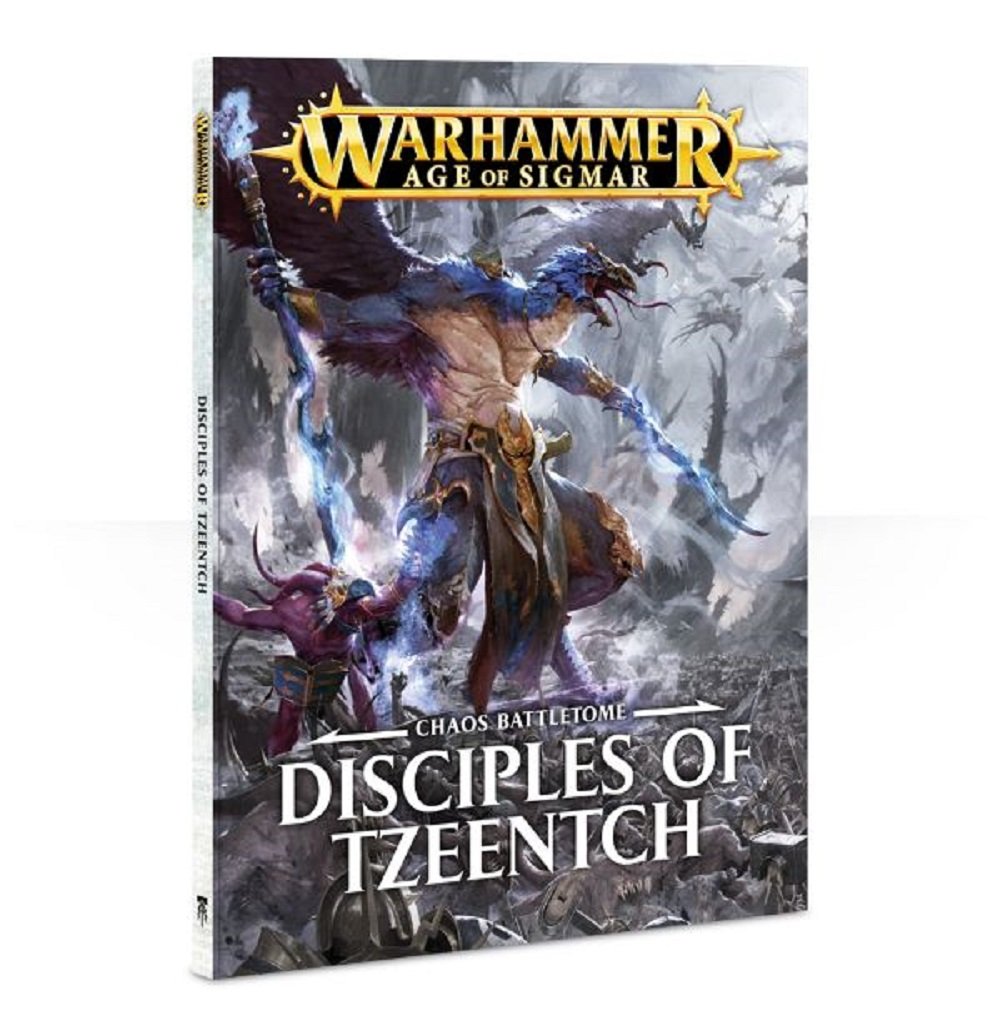 Which subfaction is your favorite? 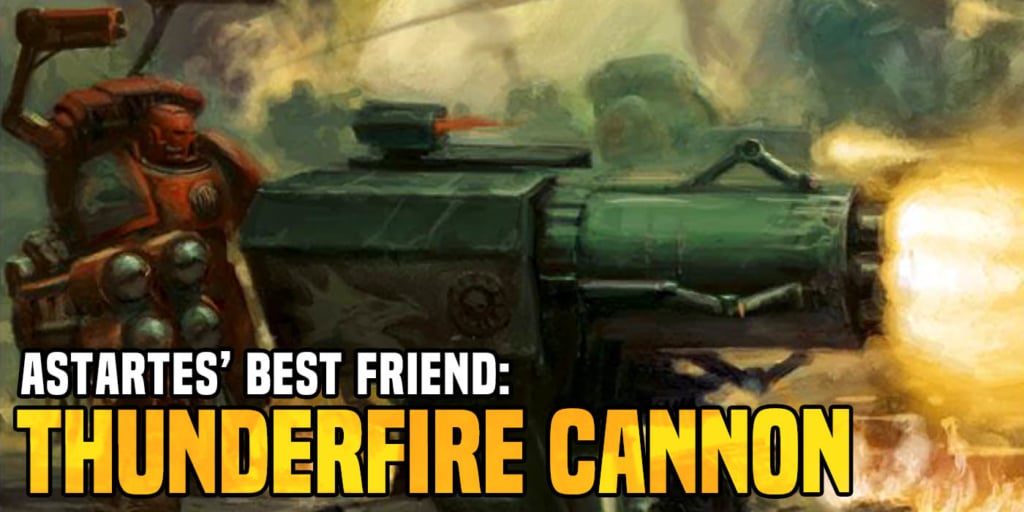