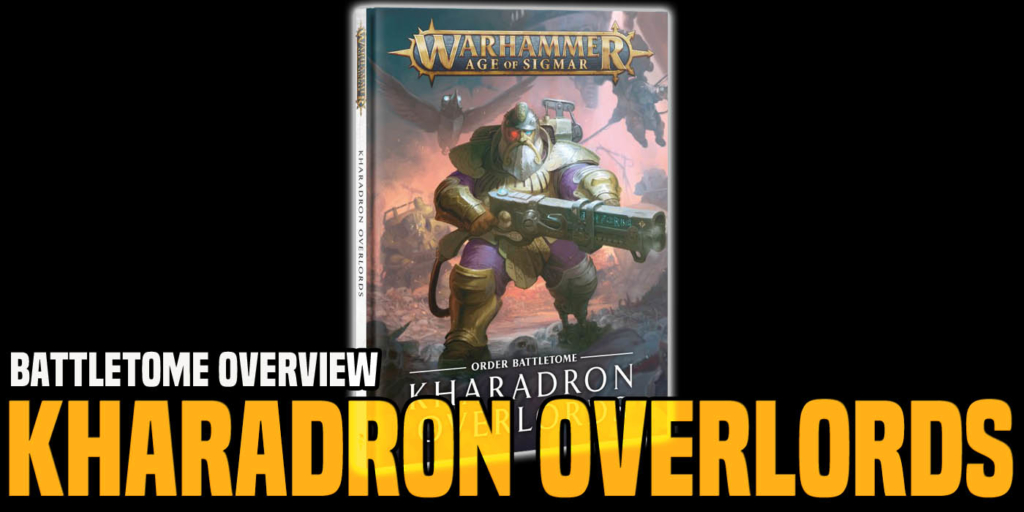 We’ve got our hands on the new Kharadron Overlords Battletome – it’s time to take to the skies!

The Kharadron Overlords have one of the coolest and most unique aesthetics in all of Age of Sigmar. That mix of Steampunk and Skypirate is just plain cool. They were also the first book to really pioneer the new Sub-factions in AoS and this new Battletome refreshes this army and gives it a ship-load of new tricks to use. To start off, here are some basic highlights: 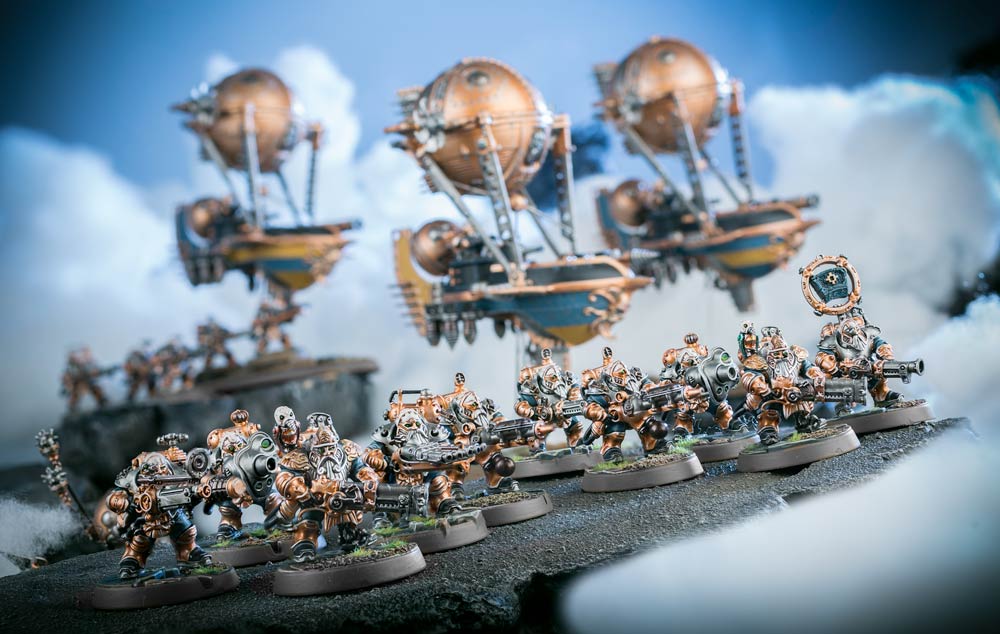 While the army didn’t get a ton of new units (really just the one new Hero) it did get a lot more options. One of the new mechanics of the army is the new Aether-Gold shares you can use in the game. Basically, for every Hero, skyvessel and unit with more than 10 models (at the start of the battle), they get 1 Aether-Gold share. This can be spent in a phase to grant that unit a triumph. These are the one-time boosts you typically get in a matched play game if you’re points are lower than your opponent.

The trade off is that if they DO spend their gold, they are at -1 leadership. But if you’re getting desperate enough to dump your shares, that unit might not live to spend it anyways!

Stick To The Code 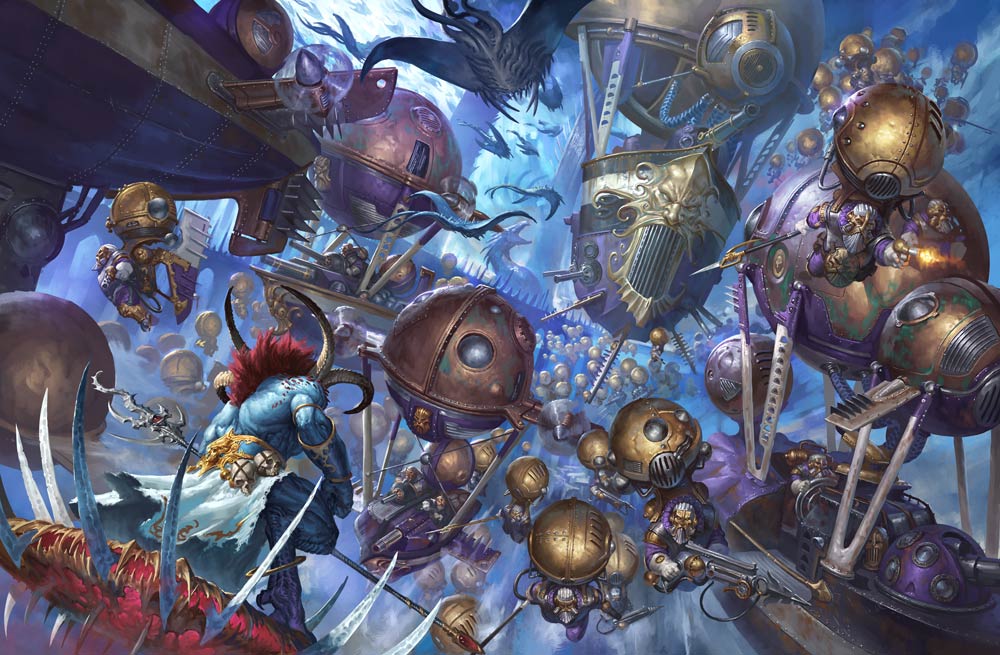 The Kharadron Overlords also received some pretty big changes to their Skyvessles. The two mains ones are Fly High and the units they are transporting are now considered Garrison Units. Fly High is basically a way for them to move around the board:

Garrison is actually one of the rules from core rules and allows the embarked units to attack and also be attacked: 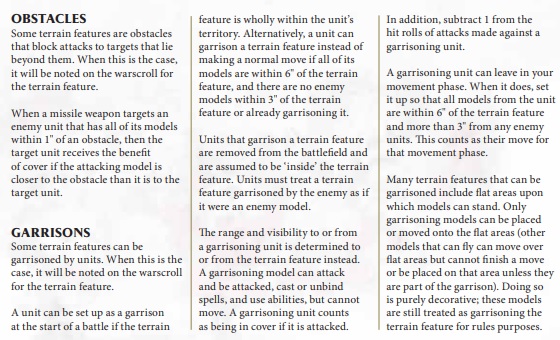 While this normally applies to a terrain feature, the Skyvessles have adapted this rule now. It’s an interesting solution for sure! 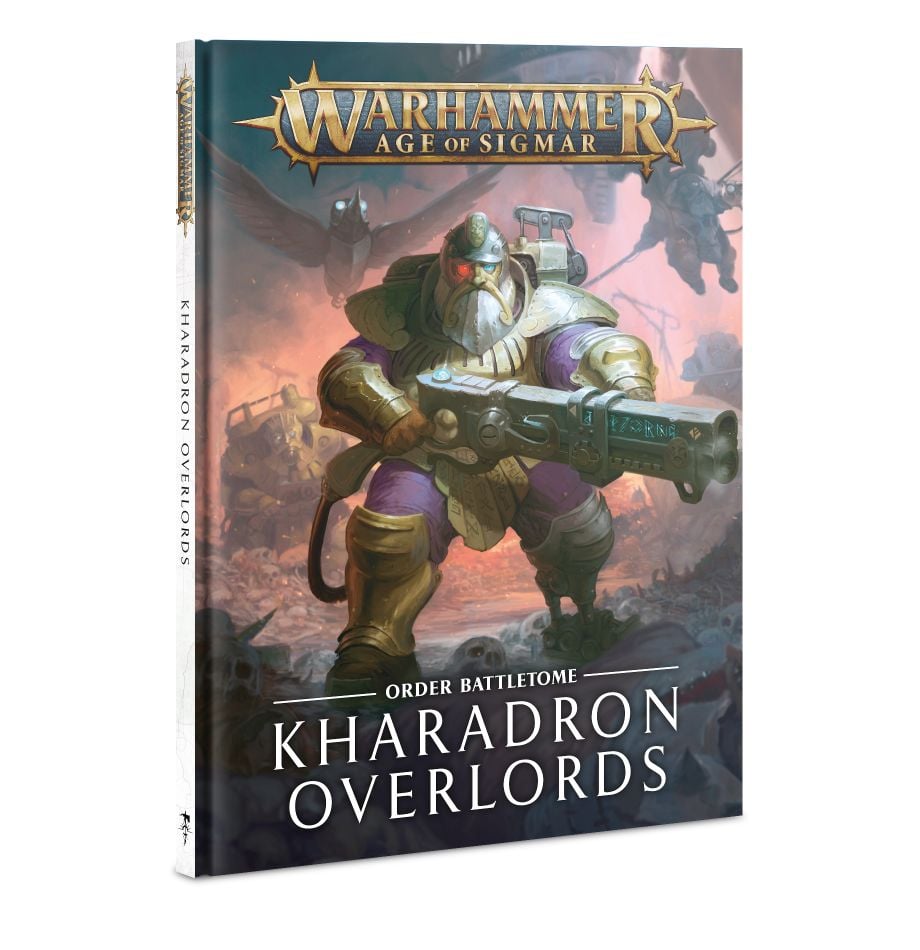 The Kharadron Overlords are masters of the skies, fearless duardin aeronauts who prize profit above all. They sail the clouds in steel-clad vessels armed to the teeth with cannons, bombs and bullet-spraying deckguns, matching the raw fury of daemons and monsters with devastating firepower. These technological wonders are powered by the lighter-than-air mineral known as aether-gold – the lifeblood of the great Kharadron empire.

The Mortal Realms are yours for the taking in Battletome: Kharadron Overlords – your guide to the most advanced of the Duardin. Inside this book, you’ll discover one of Order’s most unusual factions – a group of technological innovators and privateers for whom the endless struggle for dominance in the Mortal Realms is merely a backdrop to something far more important – profit! Discover their strange skyborne kingdoms and unusual society with sumptuous art and enthralling lore, and then take to the skies yourself with an army of your own.

The new Battletome is up for pre-order now and will be in stores this weekend!