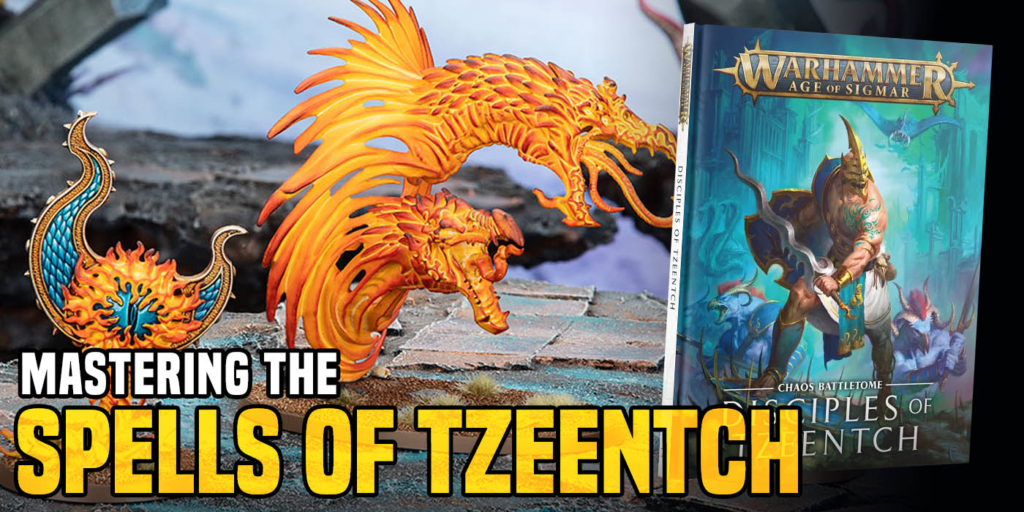 This weekend, the mystical master of magical mayhem Tzeentch is returning to the Mortal Realms with a brand new battletome, and it wouldn’t be a magic army without some spicy new Endless Spells. A lot would be expected of the Chaos God of Magic, and his Endless spells do NOT disappoint. 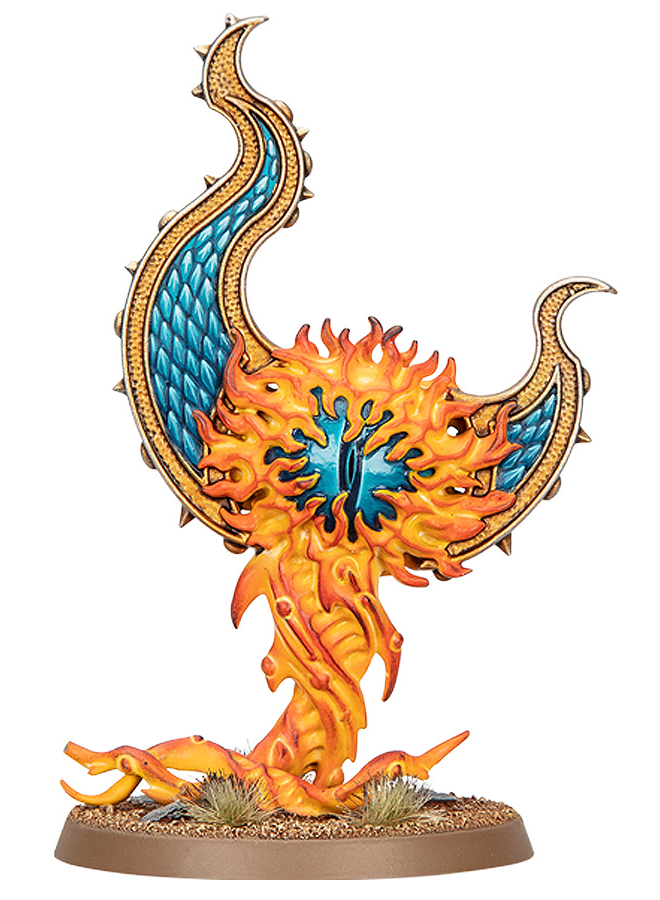 Taking the form of a huge flaming symbol of Tzeentch, this endless spell captures the random majesty of the Master of Change beautifully. It casts on a 5+, and once set up within 18” of the caster it doesn’t move for the rest of the game. However, you’re going to want to make sure it’s as central as possible since it can either buff your units or harm your enemies depending on a random d6 roll.

At the end of your movement phase, you MUST roll d6 and consult the spell table to see which random effect takes place. On a 1, a visible unit within 12” suffers d3 mortal wounds, and if any of them are slain you get to add a Spawn within 3”. This is fun and a good way to tie up an enemy unit, but do note that it can hit your units as well, so try to make sure you aren’t the only one in range after you move. On a 2, a unit within 12” halves their movement until your next hero phase, which can again neuter an enemy and protect your rather squishy wizards. On a 3 or 4, a unit within 12” can immediately move d6”, which can either be really strong for getting your units either out of combat or closer to an important objective, or very dangerous if it gets a bruiser closer to your low armor units. If you roll a 5, you get my favorite option, adding 1 to the Attacks characteristic of a unit within 12”. If you get this on a unit of Enlightened on Discs, especially a unit of 6, you’re going to mulch most any enemy you point them at. Finally, on a roll of 6, one unit within 12” becomes harder to hit, and all attacks that target them must take a -1 to hit until your next hero phase. Note this includes shooting as well as combat, so it can keep one of your rare punchy units safe until it gets to the frontline and then make sure it gets a chance to kill what it wants to. Again, Tzeentch Enlightened feel like the best to benefit from this roll, as they are stronger against units that have already fought. 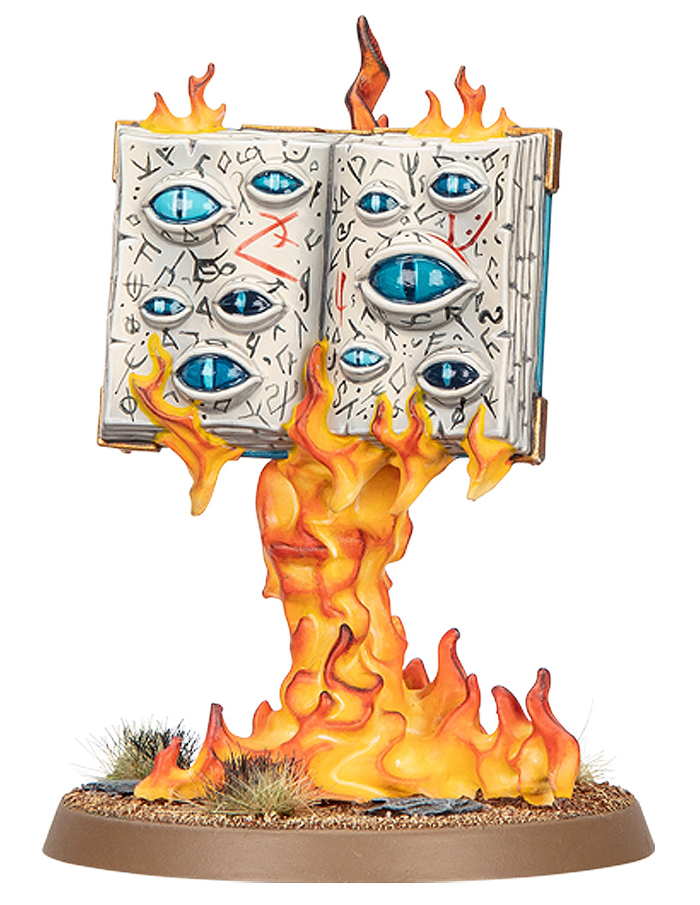 It would feel wrong for a Tzeentch army to not have an Endless spell that buffs their magic, and that’s exactly what the Tome of Eyes does. Fans of the Elder Scrolls series of games will immediately be reminded of Hermaeus Mora and his weird Oghma Infinium artifact, but then Tzeentch probably reminds you of that anyway. The spell casts on a 5+, and should it go off you get a flaming book full of spooky eyes that follows the caster around for the rest of the game. Should he die, the book disappears immediately, but otherwise it stays within 1” of him for the remainder of the game.

While it’s out, the caster can re-roll all casting rolls, and should they roll a double 1 or double 6, the spell they are attempting to cast is immediately successful and cannot be unbound, but the caster immediately suffers d3 mortal wounds. While this is a huge risk, this spell goes perfectly with a Magus since he gets to cast another spell if he rolls a double (just make sure you don’t let him roll another one or he’s gonna get all gribbly). In addition to this awesome buff, the caster learns a new spell, The Parchment Curse, which can do a number on massed low bravery models. It has a hefty casting value of 8, but it successful one enemy unit within 18” gets hit with d3 mortal wounds on a 3+. As if that wasn’t powerful enough, every model slain by the spell subtracts one from that unit’s Bravery FOR THE REST OF THE GAME. Clanrats, Gloomspite, and other high model units should live in fear of this horrendous book and the nasty spell it brings along. 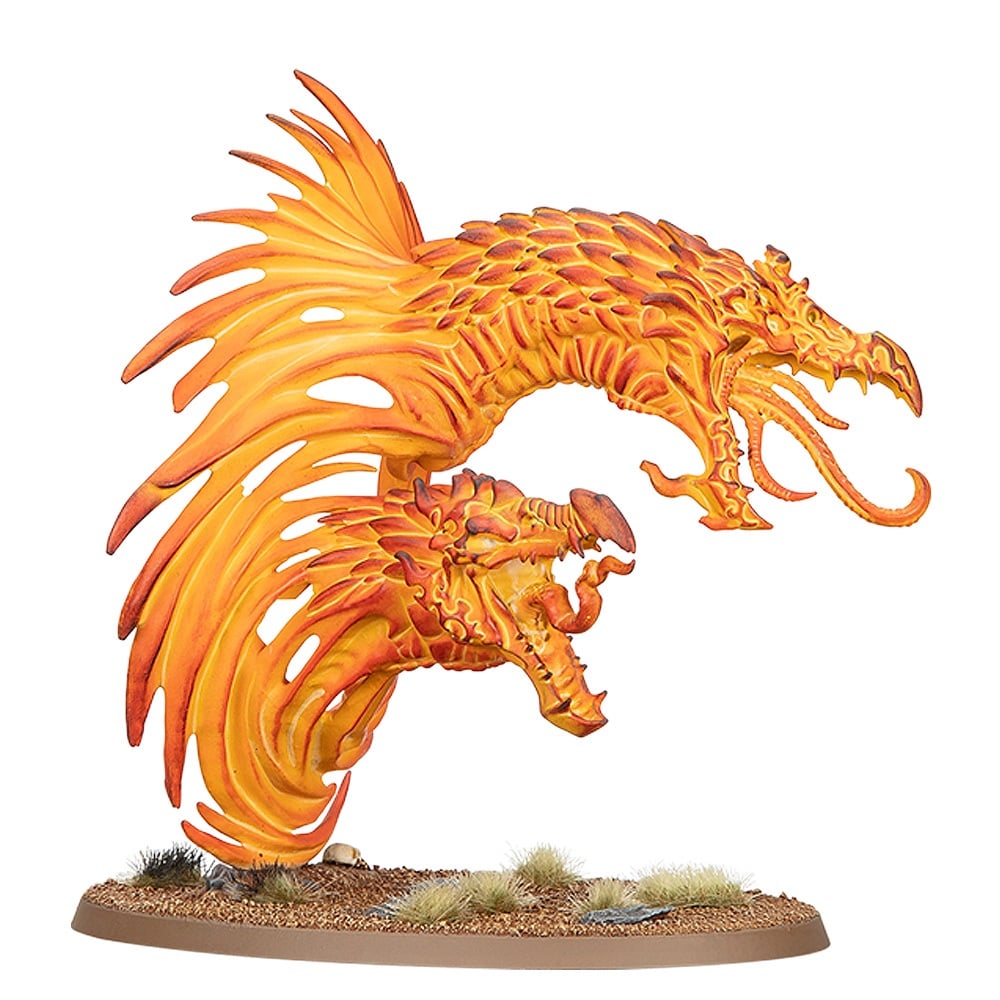 Much like magic and randomness, Tzeentch wouldn’t be Tzeentch without the introduction of a two-headed, mage-eating, fire-wreathed turkey, which is exactly what this spell is. The only Predatory spell in Tzeentch’s arsenal, this nasty number casts on a 7, starts within 12” of the caster, and moves 9” with Fly every turn. It can, as with all such spells, move as soon as it’s cast, which is good, because you don’t want it anywhere close to you!

After it has finished it’s move, roll 9 dice for the closest unit within 6”, letting the player who moved it pick if two are equally close, and deal a mortal wound for each 5+. However, should the unfortunate target be a wizard, the spell deals its damage on a 4+ instead, so it could be particularly damaging to your almost fully magical army. This spell has the most potential to backfire on you, but can also be a real thorn when you’re facing another heavy magic army, like other Chaos or the Sacrosanct Chamber. Evocators look a lot less scary when fiery death chickens can reduce their squad to ash in a single turn, so keep this in your pocket should you ever need to outmage your enemy. 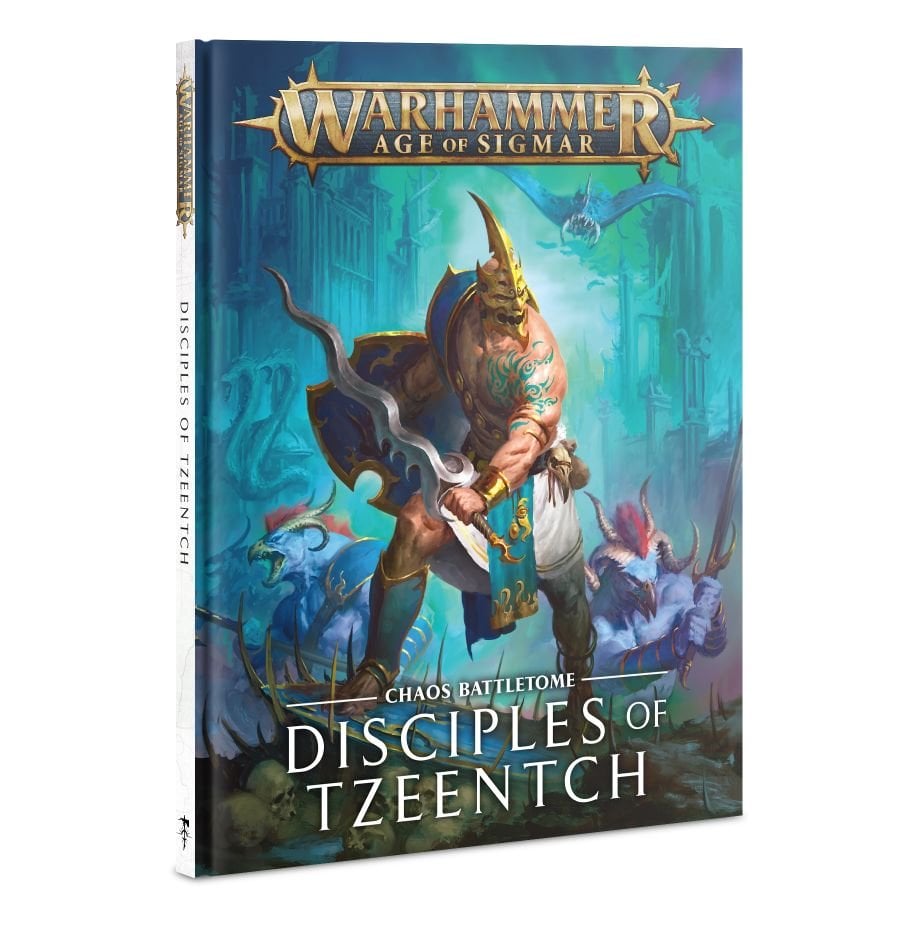 Will you be using any of these spells in your army? 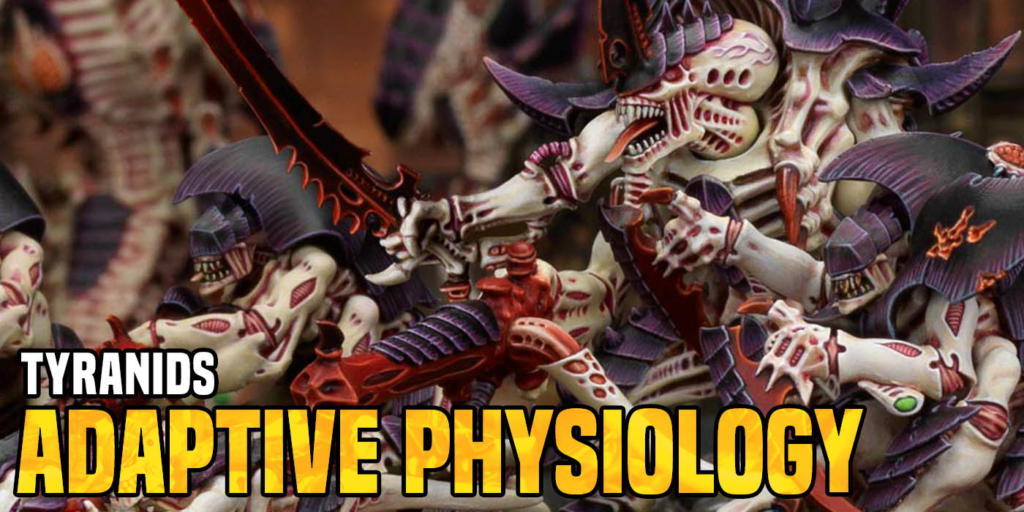