Crisis Protocol: All About Beam Attacks

We’re taking a focused look at Beam attacks today. What are they? How do you measure them? Do they hurt friendly models? Let’s discuss!

As with all game-related questions, the best place to start is the rulebook! You can find the core rules free from the Atomic Mass Games website here.

For this discussion let’s take the Beam rules from the rulebook and divide them into 3 sections. 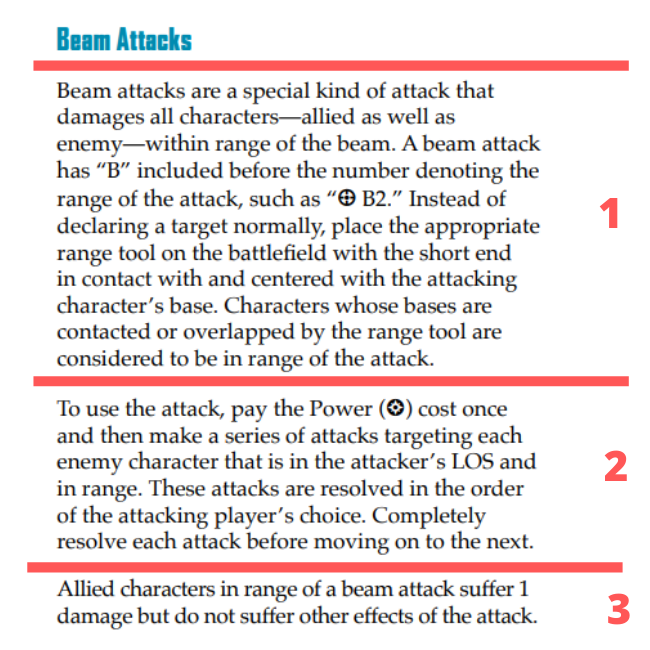 The first few sentences just help you identify which attacks are beams. This is pretty straight forward, just look for the B in the range value.

Next, it describes the method for measuring the attack. One of the cool things about Beams is that they don’t require a normal target, instead, you can place the measuring stick in the optimal location. However, there are some rules you must follow, mainly that the short end of the stick must be in contact and centered on the attacking model. 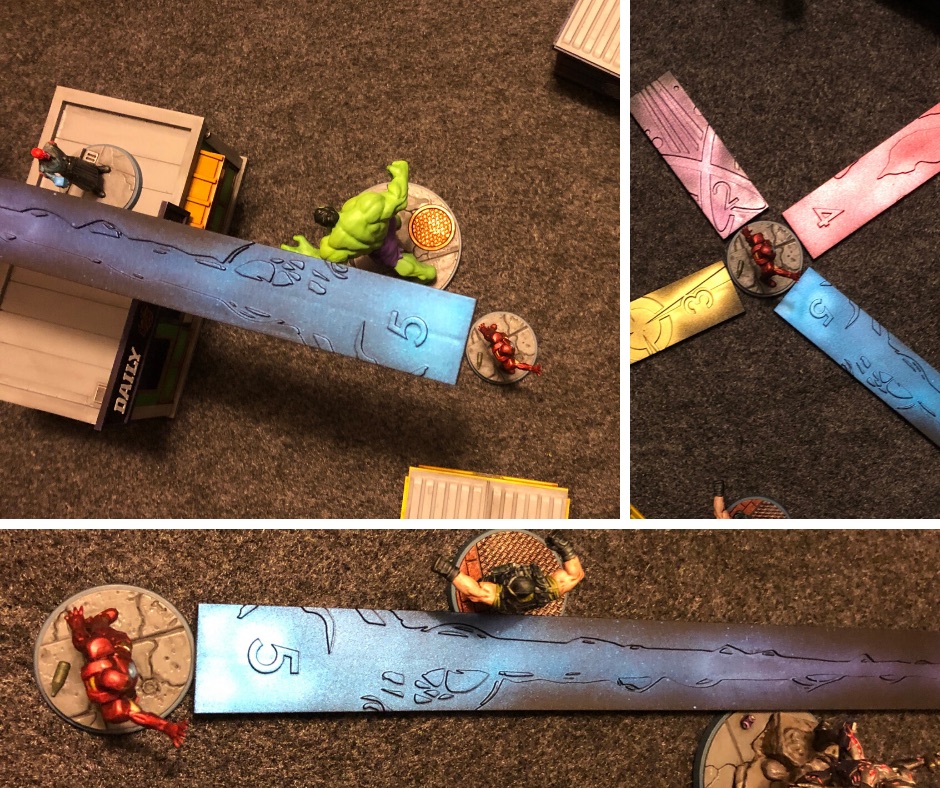 All correct ways for Iron man to measure beam attacks

But wait, that top left example isn’t in contact with Iron Man’s base! Well, that’s ok actually. In a game with 3D terrain, this is going to happen. In this case, you hover the measuring widget as close as possible to the position. From a top-down view the short end should still be centered on Iron Man’s base.

Here are some incorrect ways to measure beam attacks. In the top example, Iron Man is trying to avoid his buddy Hulk and still hit Crossbones. Unfortunately for Hulk, this isn’t a legal way to measure a Beam. In the bottom example, Iron Man wants to hit both Ultron and Crossbones with his Beam attack. Neither of these works because the short end of the measuring stick isn’t centered on the base! 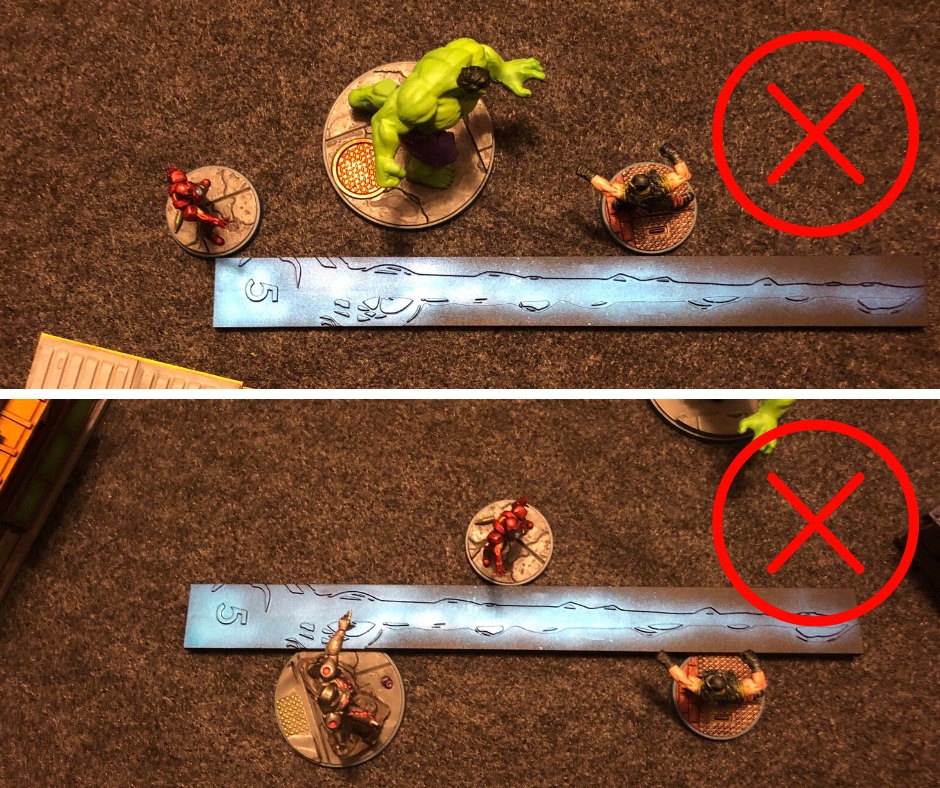 It would be cool for some future power to be able to do this bottom attack. Maybe a wall of fire type attack.

The subtle, but very important part of this paragraph is that while you only pay for the Beam attack once, you are actually making a series of individual attacks against the models in the Beam. This is especially relevant for an attack like Vision’s Solar Energy Beam. 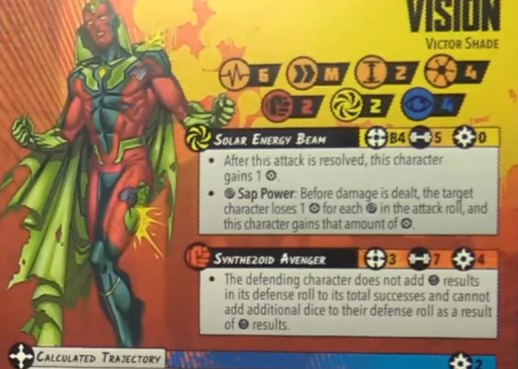 Solar Energy Beam states that after the attack is resolved, this character gains 1 power. As a Beam is a series of attacks this will trigger once for every enemy hit by the beam! (This was confirmed by game devs via Facebook)

One other good thing to mention from this section is that the attacker can resolve these attacks in whatever order they would like. Let’s say you hit Iron Man and Captain America with a Beam attack and both of them are low on health. Your opponent will probably use Captain America’s bodyguard ability to save Iron Man. So you can choose to target Captain America first in the hopes of knocking him out, before making the attack on Iron Man.

Normally allies can’t be hit by friendly attacks thanks to this sentence in the rule book (page 18).

However Beam attacks break this rule as they have no target(Section 1), so this covers what to do when an ally is hit by the Beam. It’s actually very straight forward, no dice are rolled. The allied model will simply take 1 damage and no other effects from the attack take place. So, let’s say there is a Beam attack with a throwing effect. This rule prevents any shenanigans of hitting friendly models and throwing them forward for extra distance.

This is a super corner case, but it does mean that if you have a Beam attack you have a reliable way to do 1 damage to a friendly character. For instance, let’s say your Black Widow has 1 health and is holding an objective.  Vision could hit Black Widow with a Beam so she is knocked out and drops the objective, then Vision could pick it up. It’s not a tactic that will come up often, but it’s good to know how these rules work for that one game when it matters.

So there you have it, everything you need to know about Beam attacks! Now get back to the table and use those Beam attacks with confidence!

Anything we missed? Let us know in the comments below.