D&D: The Iron Bull Is Coming To D&D Wrestling 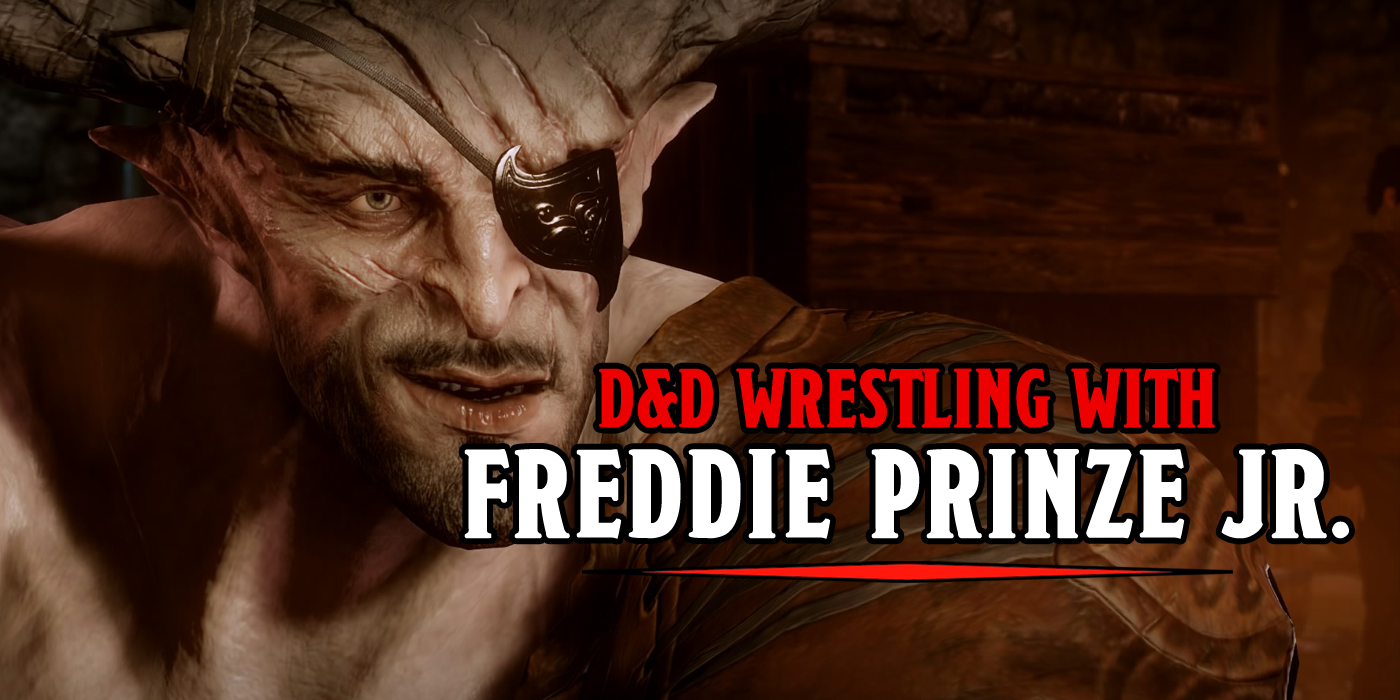 The Iron Bull himself, aka Lieutenant Christopher Blair for those of you who grew up on Wing Commander, is coming to a D&D show near you.

Droaam and Defiance Wrestling is gearing up for an explosive finish with the one and only Freddie Prinze Jr. Never mind that the name itself belies the existence of a, presumably more powerful, Freddie Prinze Sr., though it’s entirely possible he would be a Frederick Kinge or something. Either way, Hyper RPG’s D&D Wrestling Show, which is an incredibly 2020 phrase to write, is coming to a big season finale on February 4th, and it will feature none other than the real Lieutenant James Vega himself.

Hey all! #DnDW is skipping this coming week to reticulate some splines.

However on 2/4, 6pm PST…Lieutenant James Vega and Iron Bull himself, Freddie Prinze Jr. @RealFPJr will be joining the squared circle!!!

If you’ve not heard of Droaam and Defiance Wrestling before, it’s a fantasy wrestling tournament set in the world of Eberron. Specifically Droaam, which if you’re unfamiliar, is a land typically inhabited by creatures you’re more likely to find in the Monster Manual than on a PC sheet. Droaam is “a nation ruled by monsters” which tells you a lot about the attitudes of the people writing up that particular part of the Eberron gazetteer, but here’s where you’ll find goblins and orcs and gnolls and half-orcs and yuan-ti. All of which have appeared in some form or other on the show.

It’s also the home of House Tharashk, which means that they have some role to play in the great Draconic Prophecy. For now though, it means that here is where one organization battles–in the name of peace.

The Hundred Year War is over! But now, a new battle begins! Join us as we
work to bring peace to Eberron, through wrestling! The quest for Eberron’s
most powerful wrestling league begins! It’s time for the Eternal Ring Tournament!
Who will stand victorious? Welcome to Droaam & Defiance Wrestling!
WELCOME TO D&DW!

If you haven’t watched it before, here’s the first episode.

Each episode is around two or so hours, and is presented in the style of a wrestling match, with all the over-the-top storytelling, posturing, and commentary of an actual wrestling match, complete with crowd ambience and backstage antics, as well as big on-stage intros. Players compete to win the crowd, advancing a Heat Meter and so on. If you’re something a little different in your D&D streaming entertainment, give it a watch–you’ve plenty of time to catch up before Freddie Prinze Jr. shows up to destroy everyone.