Warhammer 40K Lore: What The Heck Is a Zoat? 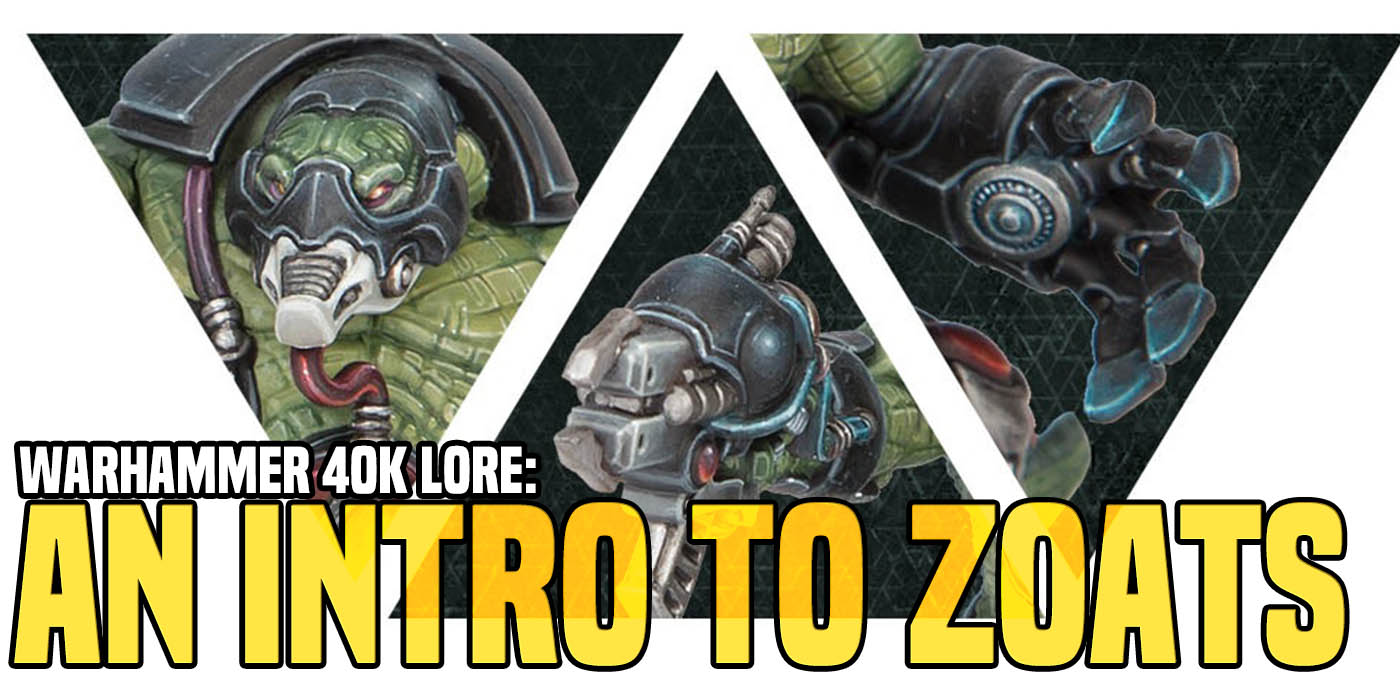 Loremasters, it’s time to educate the masses. Here’s how to explain Zoats to the uninitiated.

With the return of the Zoat model, we’ve seen a lot of reactions from newer players of “What the heck is a Zoat?” Keep in mind, there is a whole bunch of players who weren’t even born since the last time there were Zoat models – so be nice. It seems like there might even be folks at GW who don’t know what a Zoat is…

So here is a quick primer on the legendary creatures known as Zoats. 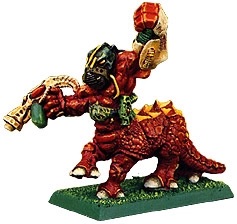 Zoats were a centauroid alien race, introduced in the original Warhammer 40,000 Rogue Trader rulebook as a slave race of the Tyranids, and were available as mercenaries in Eldar pirate groups.

Zoats were introduced in Warhammer 40,000’s first edition rulebook as a part of the Tyranid army. They are described as one of the Tyranids’ genetically engineered slave races, and fulfilled for the Tyranids the role of warrior. In game terms, any Tyranid force had to have at least half its numbers made up by Zoats. Although naturally a psychic race, they could not develop psychically under Tyranid dominance.

Unfortunately, Zoats were not popular and did not survive into the game’s second edition. Their extinction was revisited in 3rd edition.

Once the most common of the Tyranids‘ many specially engineered slave races, Zoats were unlike most of the Tyranids’ assimilated worker-creatures, having independent thinking, and were therefore often used by Tyranids as a type of ambassador. Hence it was Zoats that were the first members of the Tyranid race to make contact with the Imperium of Man. Retrospective accounts talk of a race, assumed to be Zoats, having first made contact with the Imperium as early as M38 as their fleet of semi-organic spacecraft attempted to enter Imperial Space, claiming they were escaping slavish oppression. It is clear that via their initial contact the Zoats did not declare their true intentions, nor the true intentions of their masters.

Alternatively, it is possible that as the Hive Fleets evolved more, the Zoats became a less useful tool, their free thoughts an undesired quality. Many of the Zoats, sensing that they were soon to reach the end of their helpfulness to their brutal masters, staged a rebellion. It quickly was crushed, and the rebel Zoats were soon purged from the Hive Mind‘s forces. Those who survived fled ahead of the main Hive Fleets, and made up that first fleet, and were soon trapped between their former masters and their new aggressors who saw them as an invading force. Being warlike by nature, they typically reacted in kind, and so ultimately allied themselves against the Imperium regardless. 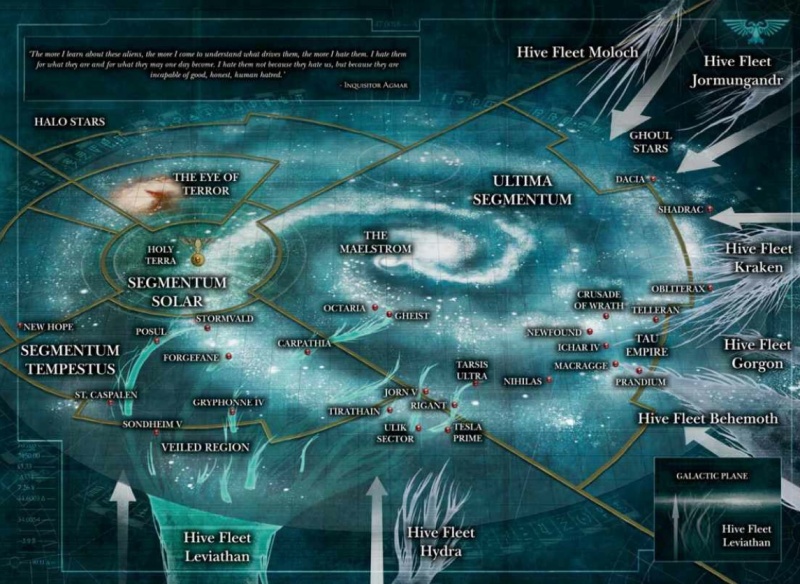 Eventually, as Tyranids became a more common sight in the galaxy after the invasion of Hive Fleet Behemoth, Zoats were no longer seen outside the ranks of the Tyranids. Their sightings became less and less frequent, and they appear to have been entirely absent from Hive Fleet Leviathan. If the only Zoats to have entered the Galaxy were those of the initial fleet, known as Colossus, then their absence can be explained, as the last known vessel of that fleet was destroyed above Zorastra in 226.M39, after the fleet provoked the Zorastra-Attila war.

Zoats were built for combat, having a more centaur-like appearance then the rest of the Tyranids, standing on four legs with their two fore-limbs acting as stocky arms. Zoats also differ from other Tyranids physically, as they do not have an exoskeleton but instead have thick scaly skin as bodily protection. Overall they stand taller than a man, and are extremely muscular, being more than a match for most in combat. They are also proficient in ranged combat, and have access to a number of weapons and are equally deadly with each. One weakness they do suffer is their inability to breathe all but the most specific atmospheres; this is the reason that Zoats almost always are seen wearing respiratory masks.

Zoats have highly-developed brains, meaning they do not require the control of the Hive Mind, and are therefore capable of travelling far beyond its range. Nevertheless, like Tyranids, Zoats have strong inherent psychic powers, chiefly telepathy. Their powers differ from other Tyranids, though, as they are capable of communicating to members of other races via their telepathy. They seem incapable of communicating verbally.

Zoats also appeared in Warhammer Fantasy and had rules from the early editions of the game: 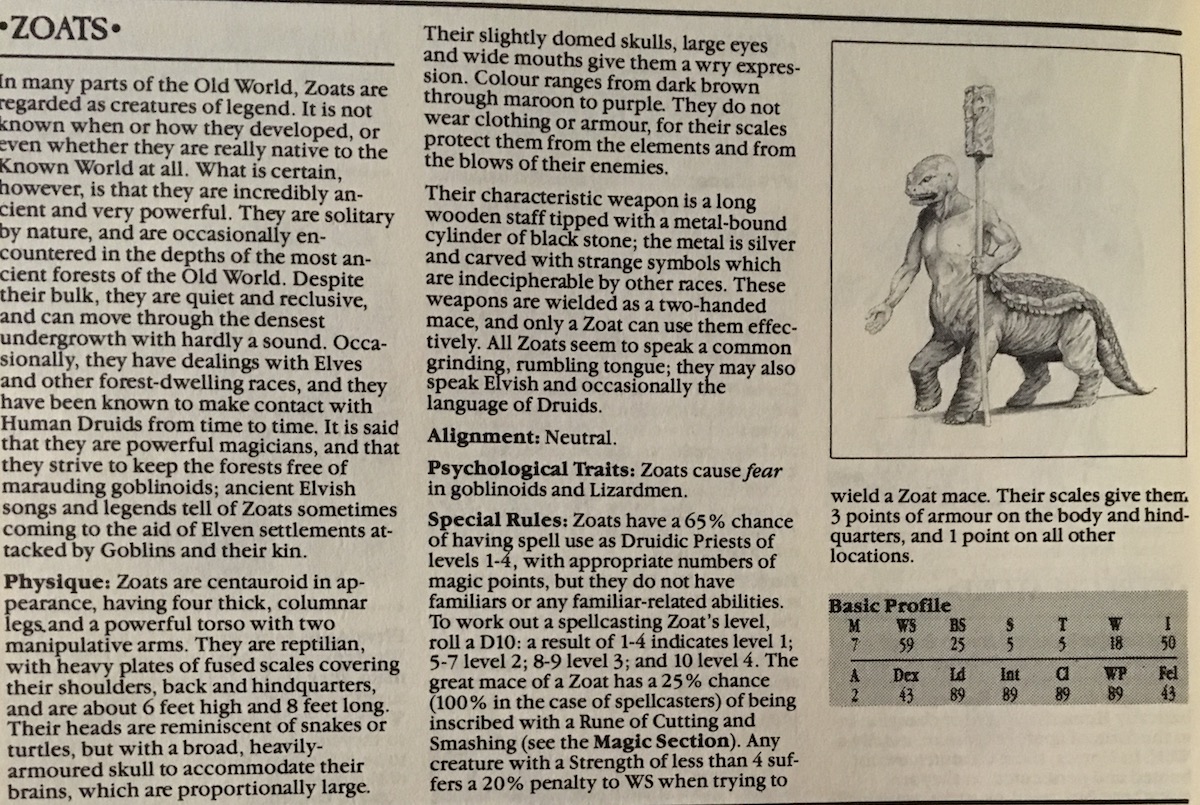 So there you have it, folks. Zoats are a thing. And they are BACK! Well, at least one has been hiding out on the Blackstone Fortress. Will we see more Zoats? We’re going to have to wait to see.

Want to learn more about Zoats? Check out the Lexicanum!

Author: Adam Harrison
Writer, Editor, Texas Native, and Austinite for 15+ years, Adam covers all things Tabletop Gaming. Which includes Warhammer 40,000, Age of Sigmar, D&D, Board Games and everything else that involves dice, boards, cards and a table. A hobbyist, player, and collector of miniatures and games, Adam's current obsession are his Death Armies for Age of Sigmar, his Blood Angels and Tyranids for 40k, and his ever growing Arkham Horror: The Card Game Collection.
Advertisement
Games Workshop Lexicanum Lore Miniatures Warhammer 40k
Advertisement 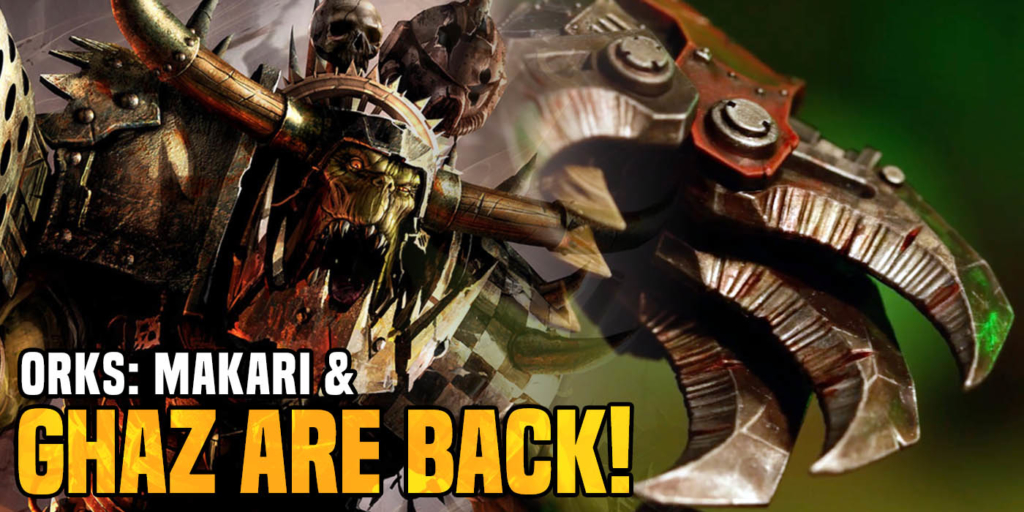