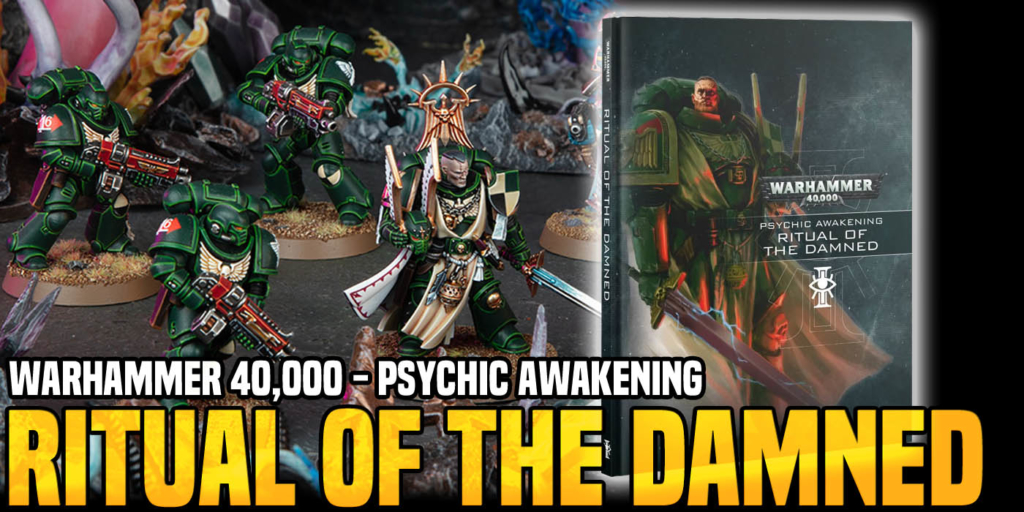 What secrets does the Ritual of the Damned hold? Are the Grey Knights going to be good again? Come take a tour to find out!

We got our hands on the Ritual of the Damned and it’s going to shake things up for sure.

Heroes of the Imperium Unite

So the burning question folks have is does it make Dark Angels/Grey Knights awesome?! The short answer is that it’s complicated. They are both objectively better. The Dark Angels are basically brought in line with the other Space Marine codexes and they get access to all the stuff you’d expect. They have new/re-hashed stratagems from Space Marines, Warlord Traits, Relics, access to all the new Space Marine units, etc. They even have the new Master (aka Captain) along with the new Hero Lazarus to use. He’s got a pretty beefy sword which we’ve already seen and he’s got a Captain stat block, too:

Dark Angels also got 6 new warlord traits for the Deathwing/Ravenwing – 3 for each. It was a nice touch! They also got their own Combat Doctrine boost that is active in the Devastator doctrine: 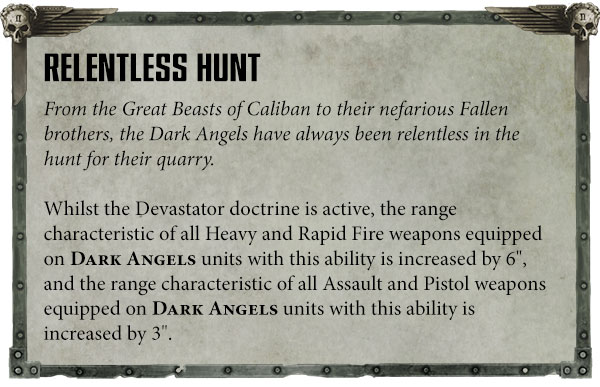 This stacks perfectly with Grim Resolve, which is another army wide ability that allows them to re-roll 1s to hit when shooting if they didn’t move. And yes, they have ways to make it so they don’t count as moving. The Dark Angels definitely got better with this book, hands down. Are they going to be the new Meta hotness? We’ll have to wait to see.

As for the Grey Knights, again, they are clearly better with this book. One nasty combo we noticed was they have the ability to make Psy-weapons 1 extra strength and damage. And that stacks with the Psybolt ammo stratagem. You could turn a squad’s storm bolters in to Str 6, AP -1, 2 Damage shots which seems pretty good. And there are other weapons that you can juice up too.

They didn’t get any new Grey Knight Unique characters, but they did get updated Chaplains with the new litanies which is a nice boost. They also got most of the typical stuff (more stratagems, traits, relics, etc). They also got their own unique Psychic Power set with one power that lets them manipulate the Warp Tides (and change their army wide bonus). One of the Warp Tide bonuses does give their Smites the ability to cause 1 additional mortal wound which is nice.

The Grey Knights might find themselves in a new niche of being able to really dish out the mortal wounds and also deal with tougher, multi-wound units better. Will that shake up the meta a ton? I personally think you’re going to see people dusting off their Grey Knights to give it a whirl, but I don’t think we’re going back to a Grey Knight Meta heyday.

So the Thousand Sons get all the typical stuff – but you probably knew that. What you want to really know about are the NINE freaking Cults! Each cult has their own warlord trait, psychic power, and relic. We cover a few of them in the video but the key thing is that, similar to the Dark Angels and Grey Knights, they got OPTIONS. We’re going to cover them in more detail in the coming week but the Sons of Magnus are also objectively better than they were before this book. 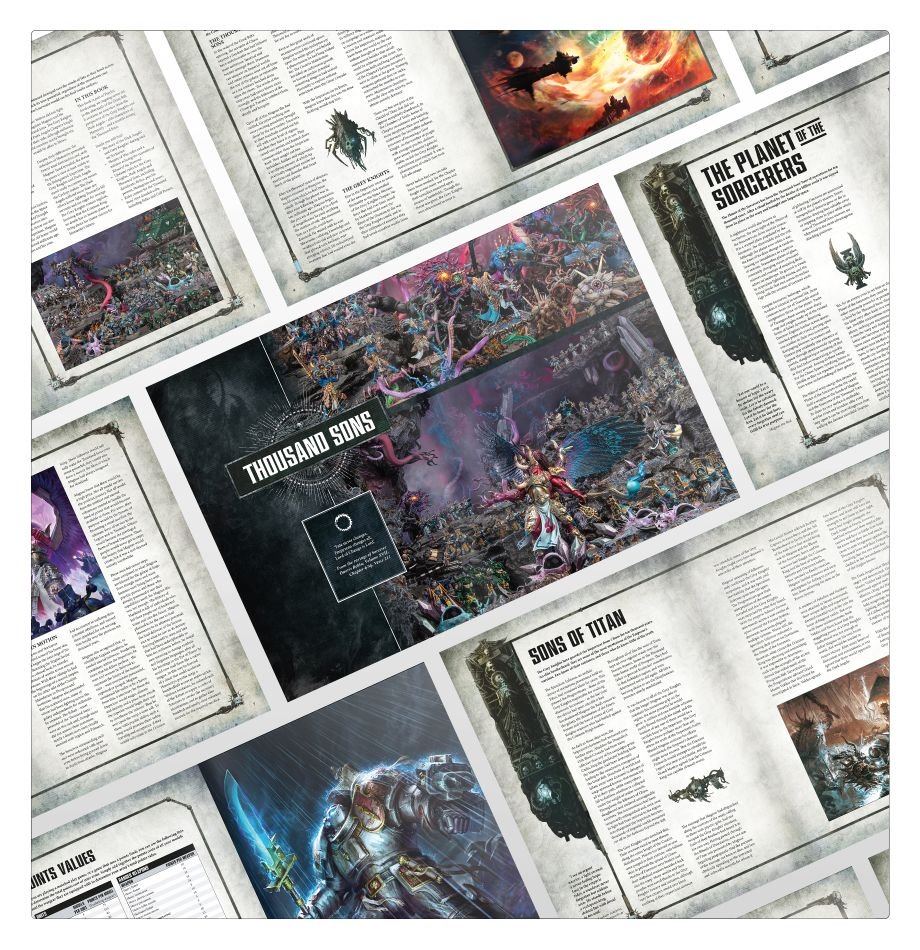 Lore wise, this book is also a massive lore dump for fans to search through. Some folks might be wondering why the Dark Angels and Grey Knights are going after Magnus and the Thousand Sons and not Space Wolves. You can blame the Changeling for that one. We won’t get into a Lore deepdive, but just know that Magnus and co. do start the ritual, the Grey Knights/Dark Angels attempt to disrupt it, tens of thousands die – and we’re all left wondering what the heck happened. It’s worth the read because you KNOW that this is all going to come back up later.

Ritual of the Damned goes up for Pre-order this weekend!

Psychic Awakening – Ritual of the Damned

Book 4 of the Psychic Awakening Series

The epic Psychic Awakening series continues with Ritual of the Damned. This campaign book features a host of new rules for the Thousand Sons, Dark Angels and Grey Knights. The campaign book also tells a sweeping narrative recounting the fiendish plan of the Daemon Primarch Magnus the Red, as well as the Prosperan Rift War that followed.

Inside this 88-page book, you’ll find:

– Exciting background information on the immediate aftermath of the formation of the Great Rift and the plans that Magnus the Red and the Thousands Sons began formulating to further their own evil ends. Also includes the viewpoints of the Grey Knights and the Dark Angels and tells of their valiant efforts to prevent the Daemon Primarch’s plans from reaching fruition.
– Missions that allow you to recreate some of the most pivotal battles during the conflict, and war zones that let you bring your battles to some of the most distinctive sites that were fought over.
– Expanded army rules for the Thousand Sons, Dark Angels and Grey Knights, including Warlord Traits, Stratagems, Relics, and psychic powers.
– A new unit for the Grey Knights – the Grey Knights Chaplain – along with a set of six Litanies of Purity for them to utilise in battle.

…They are good now. But are they GREAT now?