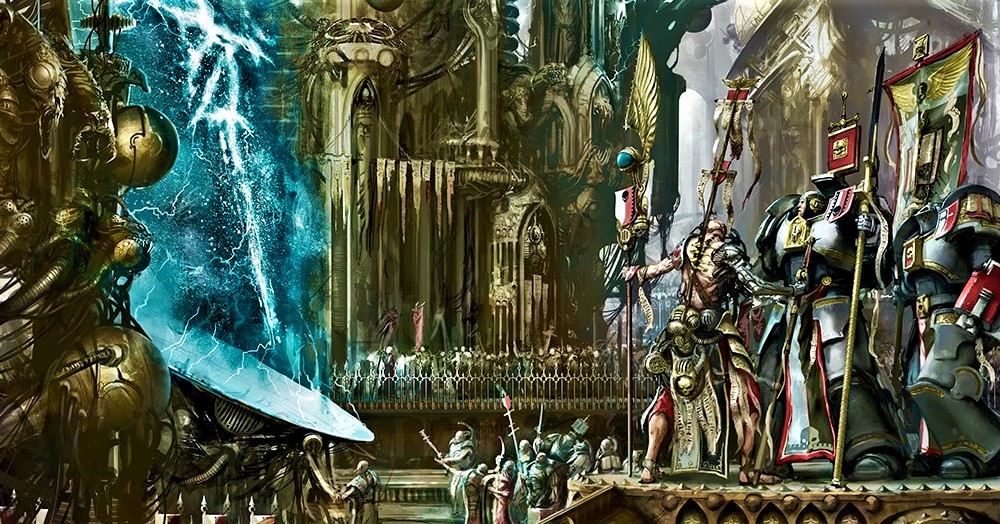 Are the Grey Knights back in business? We’re taking a closer look at their rules from Psychic Awakening to find out!

The current edition of Warhammer 40,000 has been a tad rocky for the Grey Knights. They have certainly dropped quite a bit in popularity and in power level. Fans have been asking for some help from GW and Psychic Awakening seems to be an attempt to toss them a bone. They are getting a slew of new rules so let’s take a look at a few of the previews to see how they can impact the state of the Grey Knights

Grey Knights aren’t structured like some of the other Space Marine Chapters. They don’t get access to doctrines but they do get a new special rule called Masters of the Warp which helps fill a similar role. This rule allows the Grey Knight player to choose one of the four tides to be dominant during the course of the game. These provide army wide bonuses that… well, take a look for yourself:

Masters of the Warp 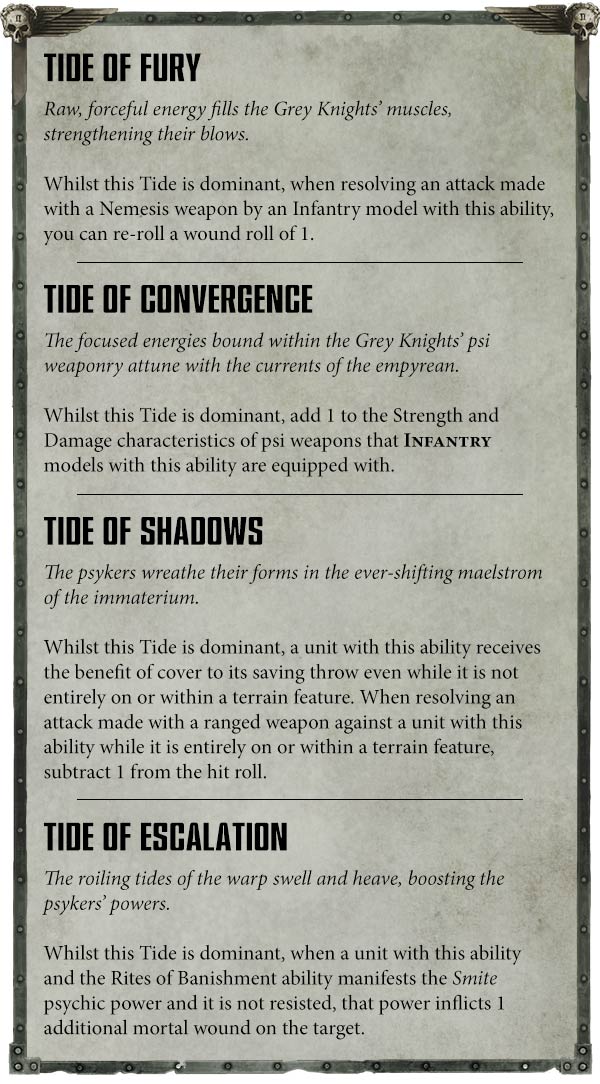 There are some pretty nasty options in there for sure. Oh and if you want the tide to change during the battle you can just use one of the six new psychic powers called Warp Shaping. Yep, you read that right – Grey Knights are getting 6 new Psychic Powers! Here’s another teaser power: 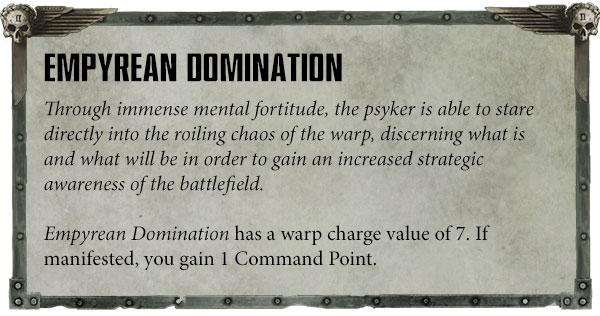 Yes – cast a Psychic Power and get a Command Point. I’m sure that’s going to go over very, very well. And if you’re looking for ways to spend your newfound Command Points, why not spend them on one of the new Stratagems? Like Empyric Surge: 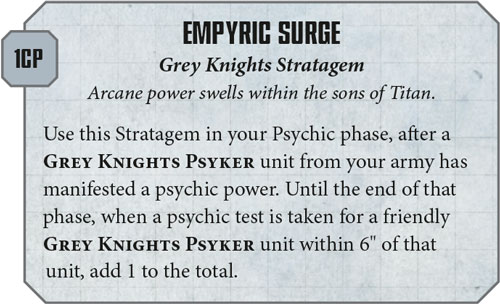 Spend a CP to get a +1 to a Psychic test AFTER the roll. As long as you’re not spending the CP on Empyrean Domination I suppose it’s a good idea.

The Grey Knights are also getting a bunch of new Relics – as we’ve come to expect with these new books. One such Relic is the new Stave of Supremacy: 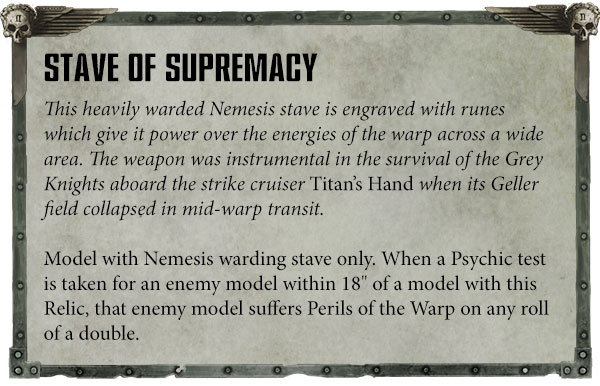 The range is 18″ and it can mess with any enemypsykers that roll a double on a psychic test. Is that going to replace one of the other Relics of Titan for your Grey Knights? Decisions, decisions…

One thing that Grey Knights are getting that their Space Marine Brother also got is a new Chapter Specific Litany from their Chaplains. Learn the Recitation of Projection: 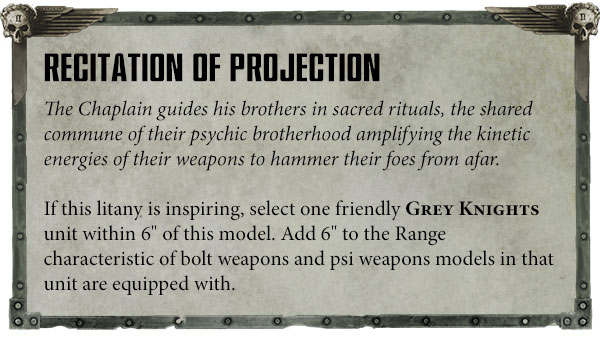 I’m not sure how a litany makes your Bolter rounds go further, but you know what, that’s the power of faith…or something. I’m going to blame space magic and mind bullets.

Will these new abilities and powers help the Grey Knights out? Absolutely! But will these changes usher in a new era of Grey Knight domination? That remains to be seen.