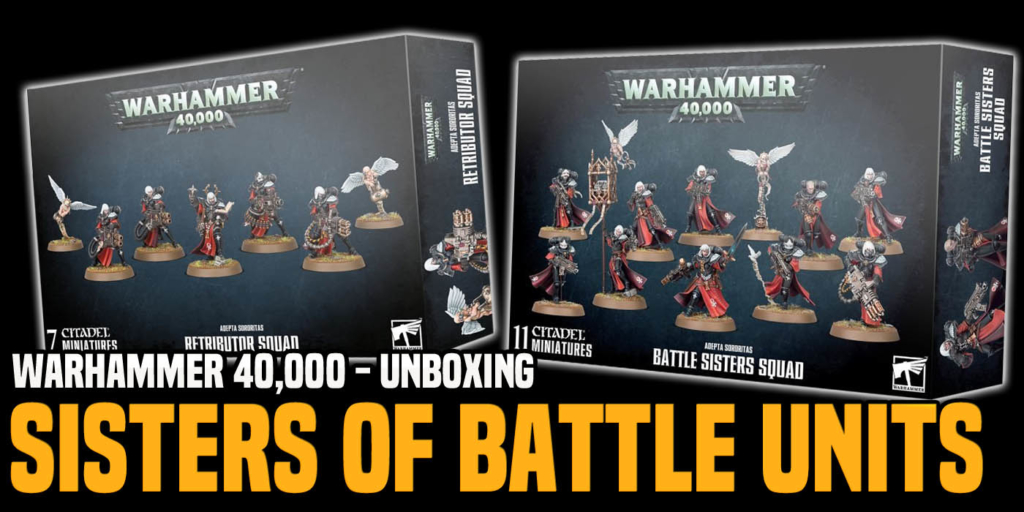 Come and join the BoLS Crew as we take a look at the brand new plastic Sisters of Battle Units. Today we’ve got the Retributors and new Battle Sisters kit.

Well folks, the day is finally here. The all-new plastic Sisters of Battle are out for realsies, and they’re amazing. While the Battle Box was great, that was just a taste of everything that the line has to offer. Monopose models is one thing, but today we’ve got the full, customizable kit that lets you build Battle Sisters, Dominion squads, and Celestians, as well as the Retributors, all of which will let you build the Adepta Sororitas army of your dream. Take a look.

First things first, these models are dripping with detail. One of the things you’ll notice in both of these kits is the sheer number of options you’ll have. Beyond the basic and special weapons, each kit comes with a variety of heads, both helmeted and otherwise. Let’s take a look at the Retributors: 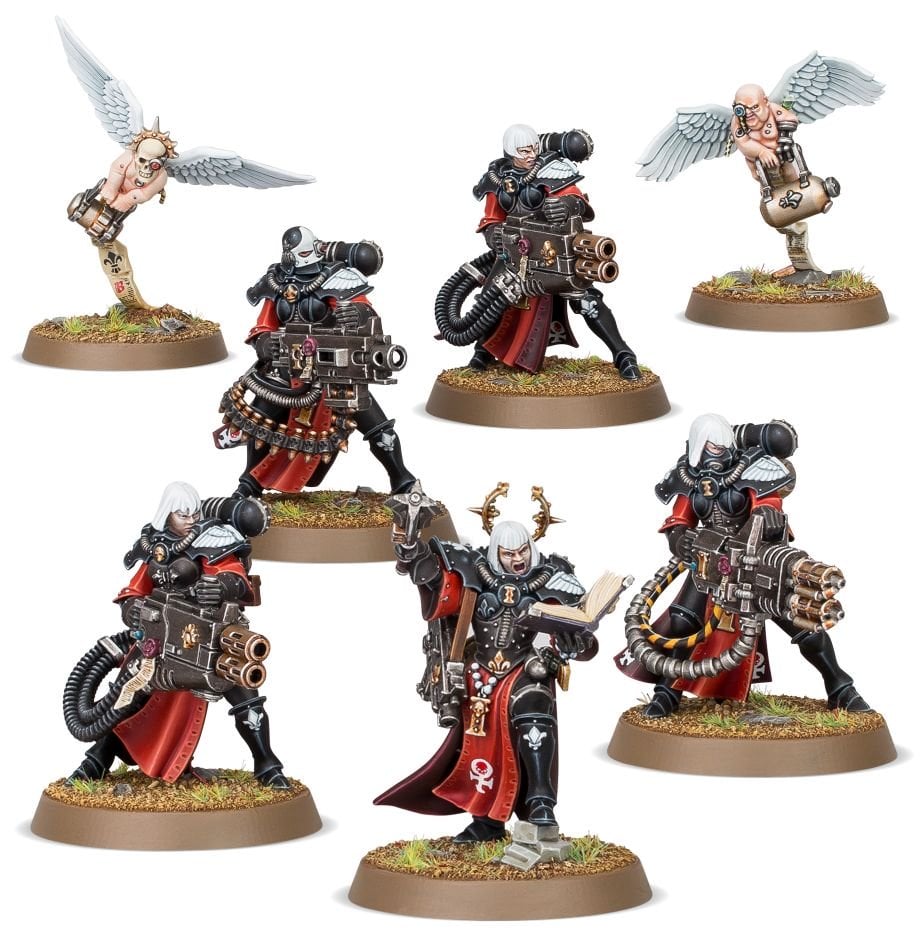 Among the majority of the Orders Militant it takes long years to advance to the respected ranks of the Retributor Squads. The Sisters that comprise these warrior bands are amongst the most level-headed, imperturbable and bloodily determined of all their kind. They are also amongst each Order’s finest sharpshooters. It is well that all of this is so, for to the Retributors falls the weighty responsibility of providing targeted fire support for their advancing Sisters. In order to best fulfil this role, each squad of Retributors is armed with an array of heavy bolters, multi-meltas and heavy flamers that bring their firepower in line with that of a battle tank. Combined with the Sisters’ expert eye for target prioritisation, identifying enemy weak points and optimising firing solutions, these devastating armaments make each squad of Retributors a terrifyingly potent battlefield asset.

This kit builds five Retributors and two Armorium Cherubs. The Retributors can be assembled with your choice of heavy bolter, heavy flamer or multi-melta (two of each weapon are included in the set), while the Retributor Superior can be armed with a variety of ranged and melee weapons.

The real icing on the cake though, are the new Battle Sisters. This multipart kit lets you do so much–do you want Cherubim? They’ve got ’em. What about enough religious iconography to start your own wing of the Ecclesiarchy on whatever planet you land on? Yup. These are some of the best looking models we’ve seen in a while–they up the ante with their ornateness, giving any painter a challenge to play with.

The Battle Sisters make up the vast majority of each of the Orders Militant, gunning down heretic, xenos and traitor alike with their holy trinity of weaponry – bolter, melta and flamer. They are the foot soldiers of the Emperor, his sword of defiance and his shield indomitable. Beneath their thundering bolters countless aliens, mutants, traitors and heretics have met their doom. Wherever they advance across the battlefield the light of the Emperor spreads like a holy dawn, manifesting in miracles that see the bolts and blasts of the enemy turned impossibly aside or the foe consumed by the fires of righteous retribution. Onwards the Battle Sisters march, their exultant prayers ringing out all the more stridently at these breathtaking proofs of the Emperor’s manifest divinity, and with every squeeze of their triggers they despatch more of the unworthy abominations that dare stand against the Master of Mankind.

This kit builds 10 Battle Sisters and 1 Incensor Cherub. The Battle Sisters are equipped with boltguns, though up to two of them can be assembled with a special weapon (storm bolter, meltagun or flamer). Alternatively, one Battle Sister may carry a special weapon while another bears a heavy weapon (heavy bolter or heavy flamer). One of your Battle Sisters can carry a sacred Simulacrum Imperialis, with two variant options mounted atop the pole. The components also enable you to build a Sister Superior armed with a chainsword or power sword and a choice of ranged weapons, including a condemnor boltgun or combi-weapon (combi-flamer, -melta or -plasma).

What do you think of the new kits? Let us know in the comments!