Gather ’round Loremasters, for today we discuss the legendary ice warriors of Valhalla, who eat hostile conditions and heavy casualties for breakfast.

When it comes to the warriors of the Astra Militarum, none are stranger to hardship and trials that test the kids of the human body, mind, and spirit. Living a life of service and sacrifice (up to and including death if the munitorum has its way), the average Guardsperson knows full well what horrors lurk in the void of space. 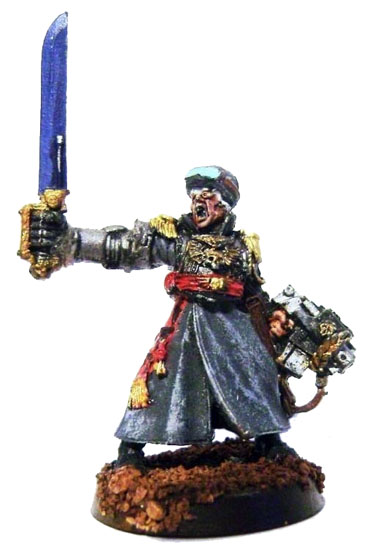 But even among the Guard, Valhallans are legendary.  The Valhallan Ice Warriors are the Imperial Guard Regiments from the Ice world of Valhalla. Valhallan soldiers are famous for their tenaciousness in holding their ground against even the most hopeless odds, and their ability to suffer the most appalling casualties without breaking.

Perhaps this comes from the hardships that befell their worlds in the early days of the planet’s history. Several millennia before M41, Valhalla was a verdant paradise, but a comet impact knocked the world out of orbit and radically altered its climate, transforming the planet into a frozen ball of ice, where virtually no plant or animal life can survive aboveground without protection. The small percentage of the planet’s population were forced underground, into the caverns which offered the only protection from the surface cold, with little access to food or supplies.

As if to add insult to injury, the cataclysm was followed swiftly by an Ork invasion. Yet as poorly-prepared as they were, the Valhallans refused to surrender their homeworld. The grim campaign that followed pushed the Orks off-planet, and taught the Valhallans a means of surviving in their world’s new climate.

True to this history, the Valhallans are stolid, unyielding soldiers, perfectly adapted to fighting in cold-weather environments. They also retain a special hatred for Orks, above all other xenos races, and are often deployed where their adeptness at fighting against greenskins can be put to good use. 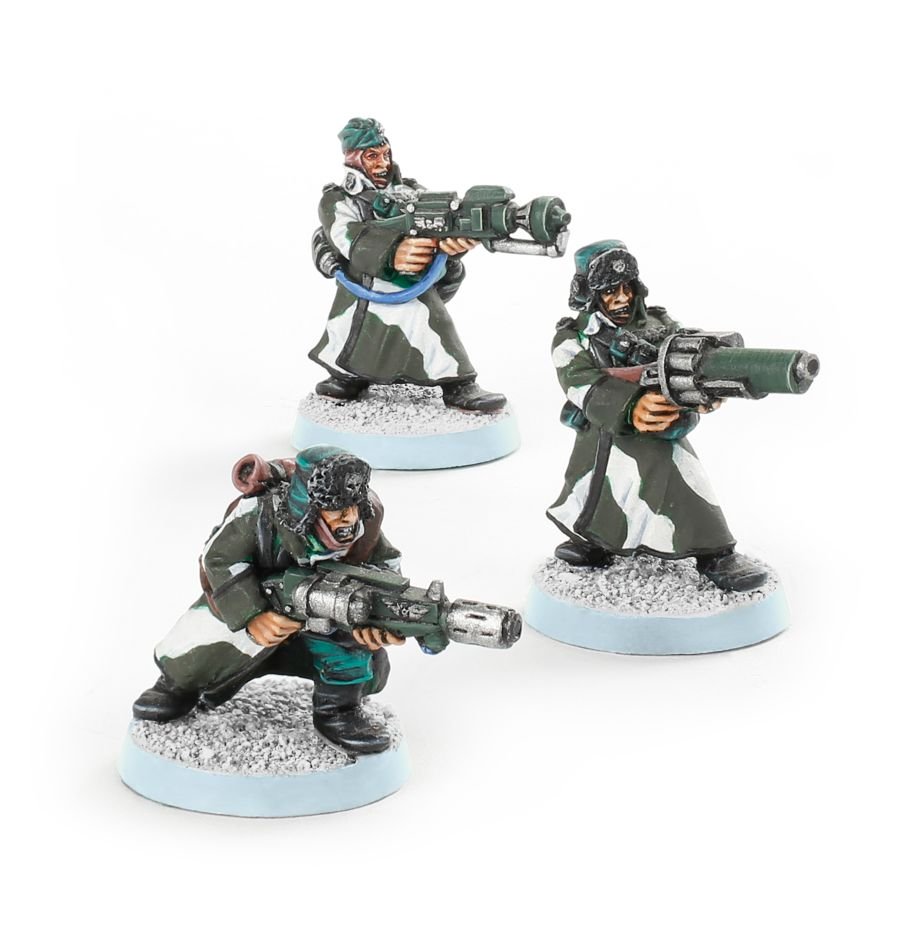 The Ice Warriors are stoic and unwavering when on the defensive, resolutely holding their ground against fearful odds where other troops would consider it a good idea to flee. Enemies have often found that Valhallan defending forces need to be completely destroyed to capture the held ground. Valhallans are trained to fight in dense formations to support their morale. When on the offensive, Valhallans combine massed artillery barrages and infantry wave assaults. The morale of regiments is often backed up by attached Ministorum Priests.

All Valhallans are equipped with standard-issue lasguns and flak armour but certain Guardsmen are armed with special or heavy weapons. Their uniforms are made for colder climates, including heavy coats.

Here are a few of the notable regiments that have served from Valhalla. 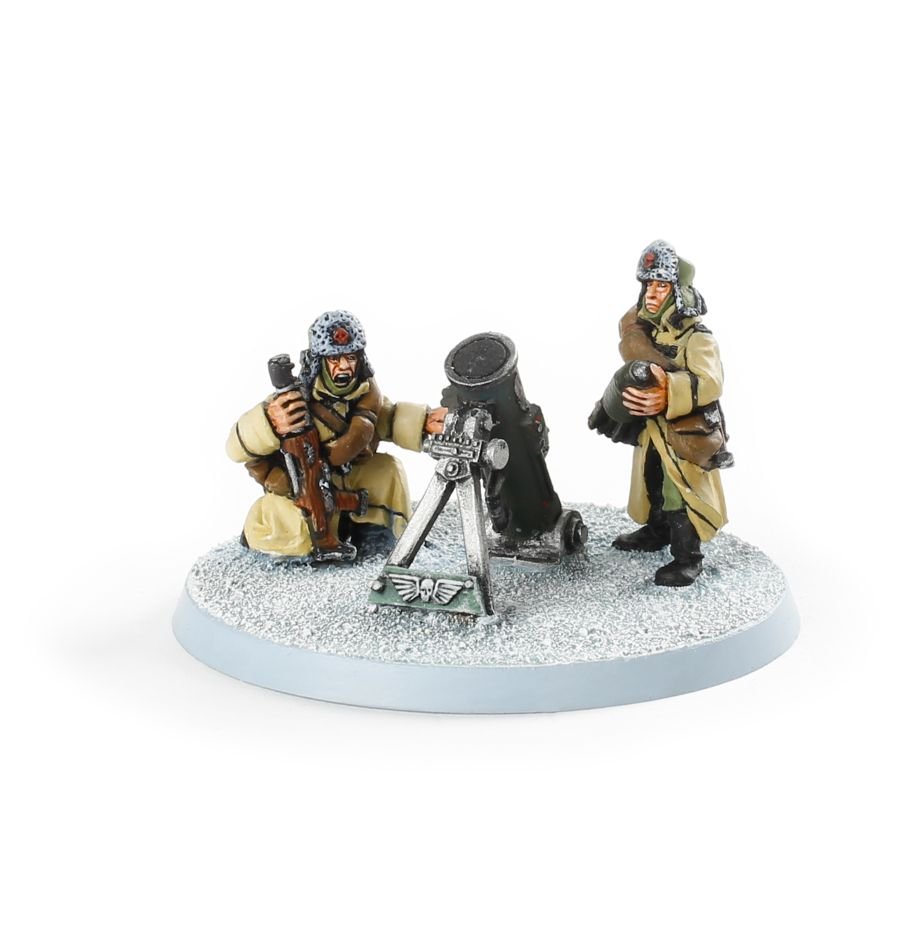 The Valhallan 1212th Cold Bloods were raised for service in the Eastlight Nebula Wars, but their first battle was among their last. With their supply and logistics lines overstreched, only one in every three Guardsmen in the 1212th were issued a Lasgun. Their first mission saw a forced-march across the frozen and toxic wastelands of Triox against a traitor force. Despite their survival skills, only half the Ice Warriors made it across the plains to assault the traitors’ flank. Many of the Guardsmen recovered weapons on the fallen and in the end decisively defeated the enemy forces.

The 28th are honoured among the tank armies, being allowed to carry a red eagle symbol. It includes at least one Leman Russ Vanquisher which is the second vehicle of the first squadron of the first company. It is also known as N-company. It also includes a Leman Russ Exterminator as the third tank, fourth squadron, fourth company. Known to have taken part in the Retreat to the Auriga Parallel on the Ice World Adhara. Also, a Leman Russ Conqueror is present and has subtle camouflaging unlike the other tanks in its company or squadron. The Valhallan 1st Heavy Tank Company is attached to them. Also it is known that Salamander Scout, Salamander Command vehicles, at least one battery of Basilisks, at least one Hydra Flak Tank and Manticore (Platform)s of this Regiment took part in Betalis IV Campaign. It is known that some of the Regiment’s vehicles uses symbol “Я” there.