Hey folks, today we’re taking a look at some of the playtest elements from the Age of Sigmar RPG–specifically, how combat works.

Journey with us once more to the Mortal Realms as we get ready for the upcoming AoS RPG: Soulbound. That’s a lot of letters to parse out, but the gist of it is, in Soulbound you’re playing as a cadre of mighty warriors (or for you WFRP fans, Mitey Worriers) who are all soulbound together and who go fight and have adventures across the different realms. Today we’re taking a look at how these warriors fight. 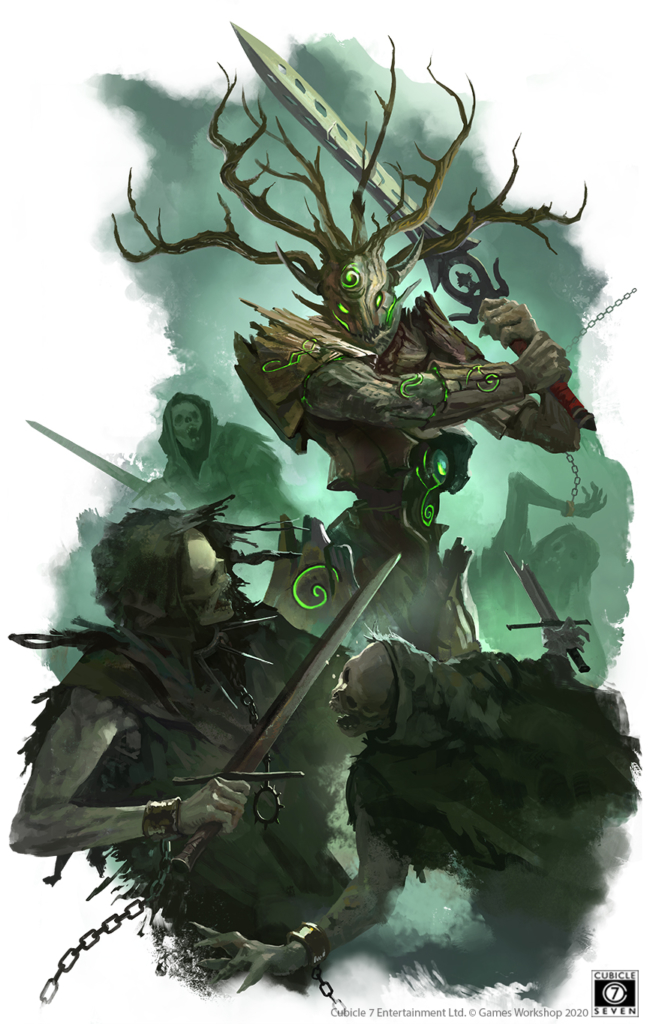 Melee is how effective you are in hand-to-hand combat. It is derived from your Body and your Weapon Skill. When making a Melee Attack, you make a Body (Weapon Skill) Test.

Accuracy represents your marksmanship and ability to pick out a target. It is derived from your Mind and your Ballistic Skill. When making a Ranged Attack, you make a Body (Ballistic Skill) Test.

Defence is how hard you are to hit, and how adept you are at avoiding danger. Defence is derived from your Body and your Reflexes Skill.

This means that defence and attack aren’t static, and are instead determined by the effectiveness of the combatants. It also means that even the tiniest Grot has a chance of hurting a towering Kurnoth!

In addition to the basic steps you see outlined there, you’ll be dealing damage based on your weapons as well as successes rolled on your attack. Armor reduces incoming damage before it reduces your Toughness.

But you can do more than just make a basic attack. You can dodge, hide, make a called shot, grapple, help, or take an “improvise” action. Presumably this means getting a suggestion from your opponents and then doing scenes from a hat.