Build Your Empire Like An Engine in “Its A Wonderful World” 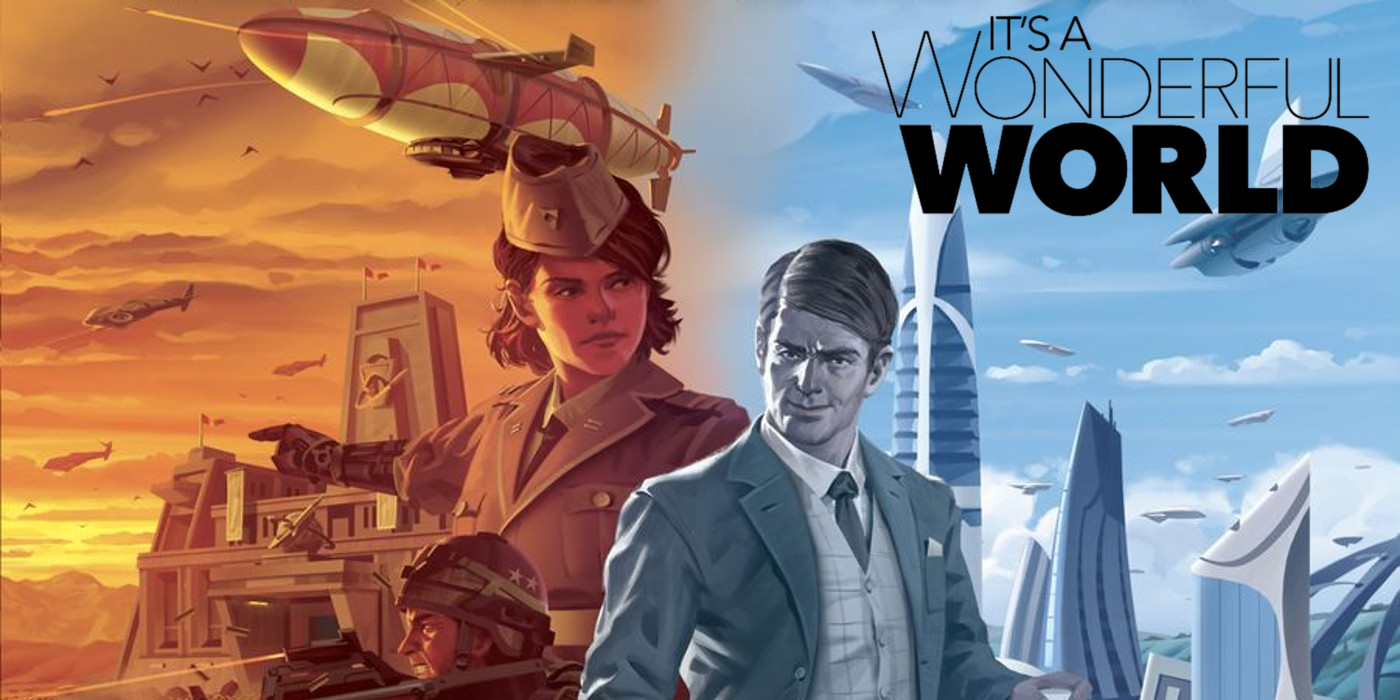 I won’t make the obvious Louis Armstrong reference, even though I want to so badly.

I like machines. Just, in general. Gears grinding, pistons pumping and sprockets sprocking just gets my heart all a flutter. So any sort of game which can simulate that same sort of mechanism is one that I’m going to notice, even if it did come out in the bygone age of 2019. 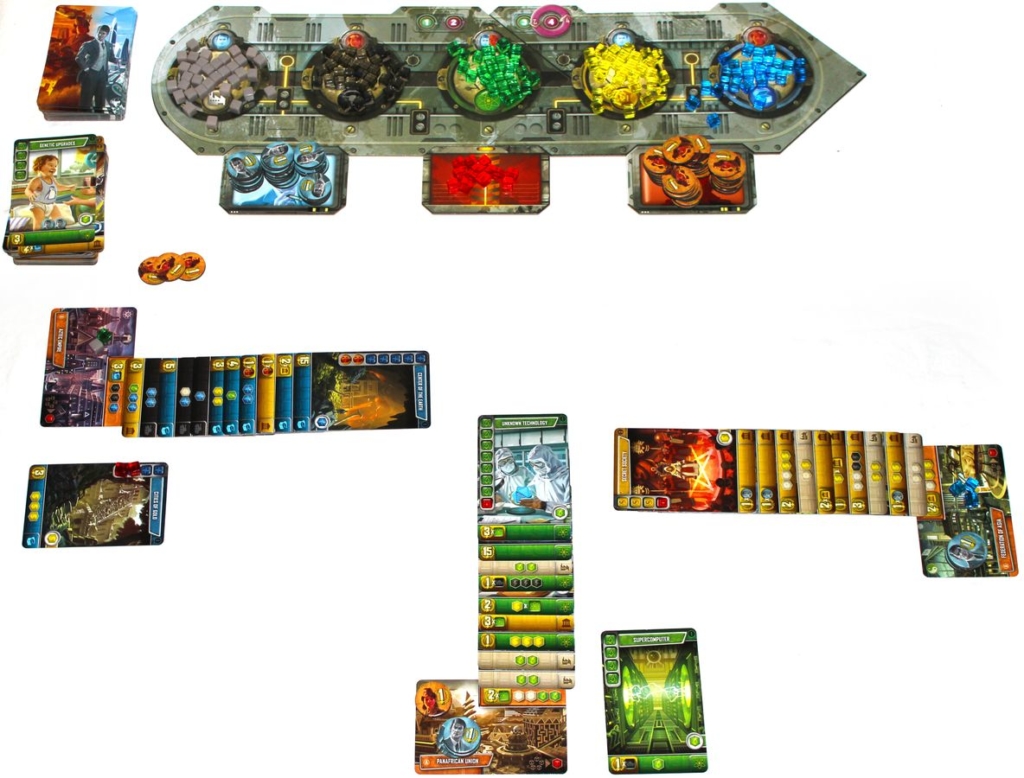 It’s a Wonderful World is a competitive strategic card-drafting, engine-building game with resource management mechanics. The goal of each player is to have the most victory points after 4 rounds. Victory points are mostly gained through completing buildings and empire bonuses, but other effects grant VP as well.

At the start of each round, there’s a drafting phase. For the uninitiated, drafting is when each player grabs a number of cards (7 in this case) and chooses 1 to keep and passes the rest. Then of the cards which just got passed to them, they choose 1 more to keep and pass the rest. Rinse and repeat.

Once the draft is over, each player looks at their cards and may choose to recycle some of them, gaining the listed resource from the lower right circle. Then, before beginning any constructions, you’ll gather some resources from your empire.

Each empire begins with a different set of resources they collect each round: Materials (grey), Energy (black), Science (green), Gold (gold), and Research (blue). Resources are collected in that order, with all players collecting that resource at the same time. Any constructions that are completed move to the players Construction area, and are immediately able to start generating resources, as listed on the bottom center of the card. Some cards also grant immediate bonuses, which are listed in the lower center, in the circle on the card art. Not all cards have this.

This idea is what gives It’s A Wonderful World a real engine builder feel. Rather than having to wait until next turn (or worse, the end of the game) to benefit from your buildings is all but gone here. So long as that resource has not yet been collected this round, it’ll help you in this round.

After 4 rounds, players count the VP their completed buildings provide, as listed on the lower left, with the gold laurel. Many buildings offer variable VP, based on the number of General or Financier tokens the player has (the tokens with the faces), which are gained through construction bonuses.

Whichever player has the most points wins!

What I really like about games like this is the complexity grows as your understanding of the game does. On the surface, it’s a very simple game. Collect cubes, put the cubes on stuff, get more cubes….

But as your understanding of the game grows, the depth of the game naturally follows along. You’ll start seeing better strategies and options. Seeing the chain reactions you’d be able to set up and setting them up for a huge turn. 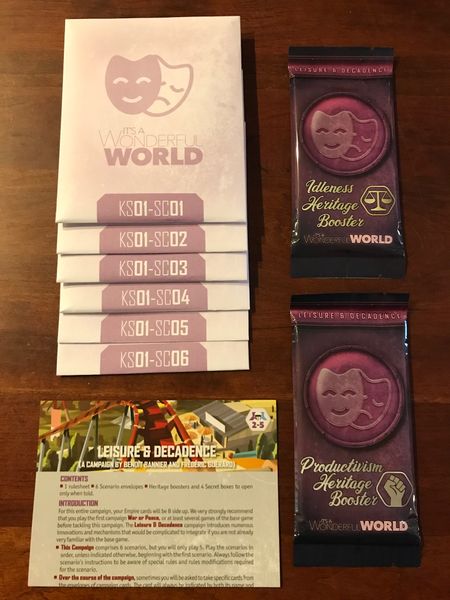 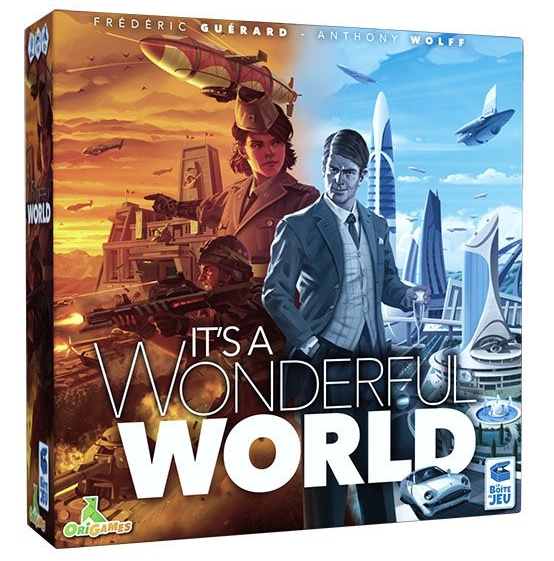 In It’s a Wonderful World, you lead an expanding Empire and must choose your path to your future. You must develop faster and better than your competitors. You’ll carefully plan your expansion to develop your production power and rule over this new world.