To defeat your enemy you must understand them. We’re taking a look at Venom today – specifically from the perspective of playing against and taking down this lethal protector.

Venom was recently released for Crisis Protocol and while part of any existing Affiliation is still likely to see a lot of table time. Venom can find a home in any roster, from Avengers to Cabal – he brings a serious melee presence and regeneration abilities that keep him in the fight. Take a lot at Venom’s card if you aren’t familiar. 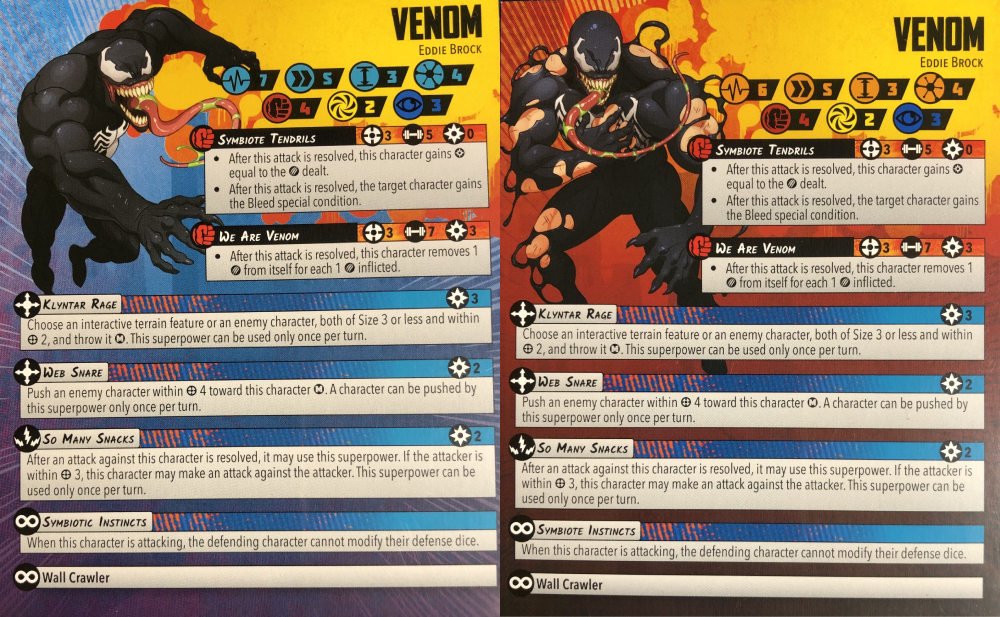 So what should you look out for when playing against Venom?

So Many Snacks + We Are Venom

One of Venom’s signature moves is to use the superpower So Many Snacks to make a We Are Venom counter attack against a model that has just attacked him. Any damage done as a result of We Are Venom will heal him! Potentially undoing the damage you just did. Some good things to remember are…

Venom only has 2 Energy defense! This represents his weakness to sonic/sound types of attacks. This makes an ideal Venom hunter someone with an Energy attack that can attack from outside of Range 3. Some good possible Venom hunters include; Red Skull, Captain Marvel, Ultron, Iron Man, Vision and Doc Ock. 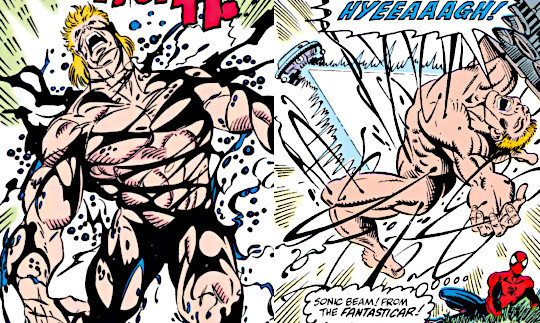 So what if you don’t have any good Energy(or even Mystic) attacks? Throwing Venom via a superpower doesn’t count as an attack which means So Many Snacks can’t be triggered. If you have no choice but to make Physical attacks against Venom make it a big one in the hopes of knocking him out. Hitting Venom with a 5 dice physical attack likely is going to do more damage to your model then Venom. It might work – this is a dice game after all – but it isn’t a good plan.

Looking at the card you might see the ‘S’ for short movement and not think of Venom as being mobile. Well don’t be fooled! Venom has a few tricks up his symbiotic sleeve. The first movement trick is simply that he is on a larger base and therefore moves just a bit farther than smaller models with every advance.

Second is the superpower Web Snare which allows Venom to pull a model in Range 4 toward him Medium. This allows Venom to reach out just a bit farther than you might think. This superpower isn’t an action – so anyone within Range 4 of Venom when he activates can potentially be attacked twice.

The last movement trick is a big one – it comes in the form of the tactics card Lethal Protector. 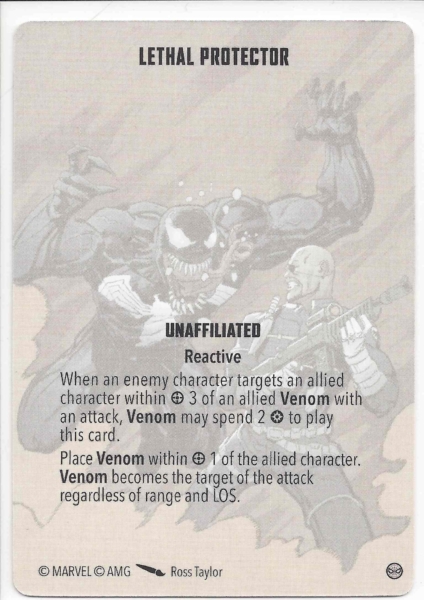 If you are facing down Venom your opponent very likely has this card as well. For 2 power Venom can jump across the board to an allied character within Range 3 and be placed anywhere within Range 1 of them. This is a huge amount of movement and means Venom can end up somewhere completely unexpected. Venom then becomes the target of the attack – giving him another opportunity to do his favorite trick, So Many Snacks.

There isn’t a silver bullet to dealing with this, but some possible strategies include

There is a lot of depth to Venom so this short guide can’t cover it all. But this should give you a good primer for when you face off against this intimidating foe.

What are your thoughts on dealing with Venom? Who is your favorite Venom hunter? 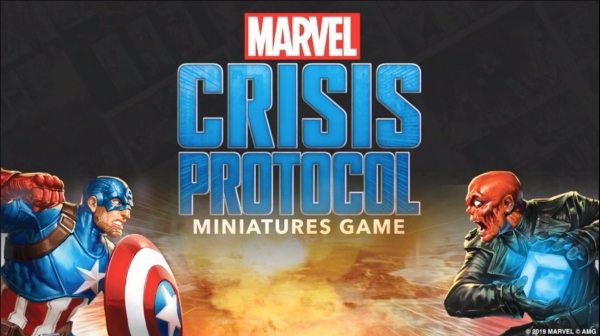