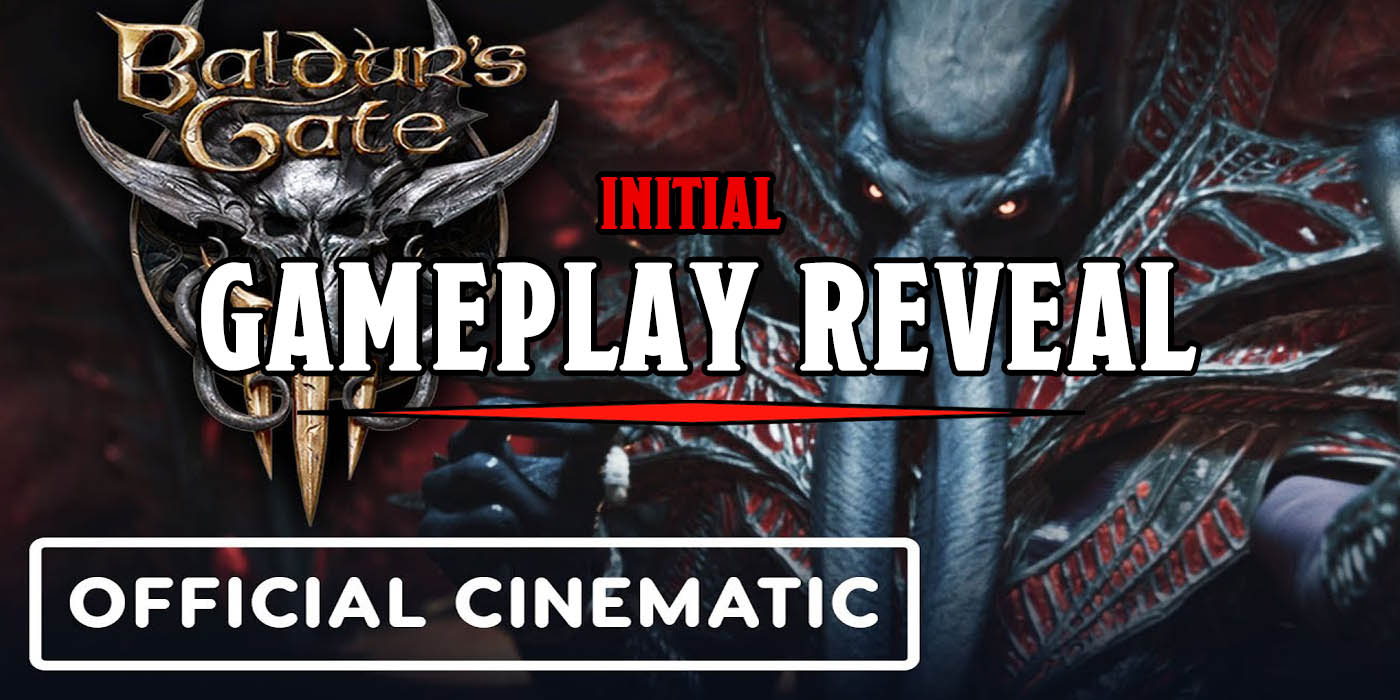 Baldur’s Gate 3’s gameplay has been revealed and asks the question: can gamers handle percentage chances to hit? Come and take a look!

Baldur’s Gate 3’s, had their big gameplay reveal event at PAX East earlier today where they gave gamers the world over a first look at what the developers have been hard at work on. Larian Studios, who previously published Divinity: Original Sin 1 & 2, announced the game late last year, and have since opened studios in Malaysia and elsewhere in the world to help roll the game out as quickly as they can. Today they showed off a pre-alpha build of the game, along with the opening cinematic, which reveals a lot about the overall shape of the story. Since we’re talking about a game that’s not even out yet, let me just say spoilers ahoy.

The opening cinematic reveals that the player characters are all former prisoners on a mind flayer nautiloid ship, each of whom have been implanted with a young mindflayer that will one day devour their brain as it matures and they undergo ceremorphosis. As you’ll see though, there’s a certain benefit to having a mind flayer symbiote living in your eye. Here’s the intro cinematic:

They go full on D&D with this one. A Mind Flayer Nautiloid ship flies into the Prime Material plane while the Illithid in the control room is busy implanting potential heroes with little brain eating tadpoles, and a bunch of Githyanki riding on red dragons show up to take them out. It’s practically a scene taken straight out of Mordenkainen’s Tome of Foes. The ship crashes, and the story begins. And here we get a look at what character creation/customization looks like: 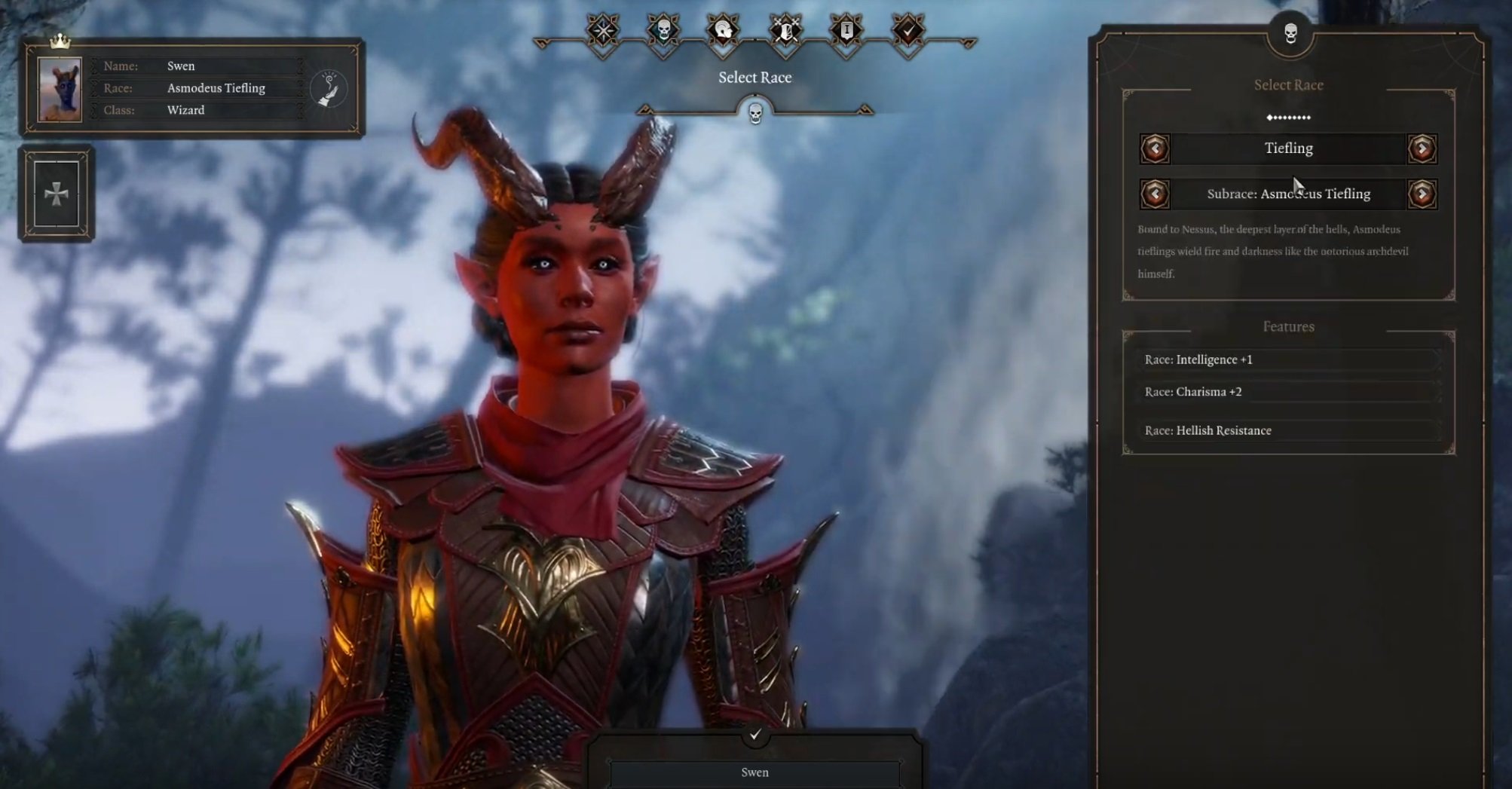 The usual suspects of choose your race and class are there, though the options are all D&D specific choices. Players of the early access build will be able to pick from the standard options like human, elf, half-elf, halfling, and dwarf, though they’ll also be able to pick more exotic choices like Tiefling, Drow, Half-Drow, and Githyanki. 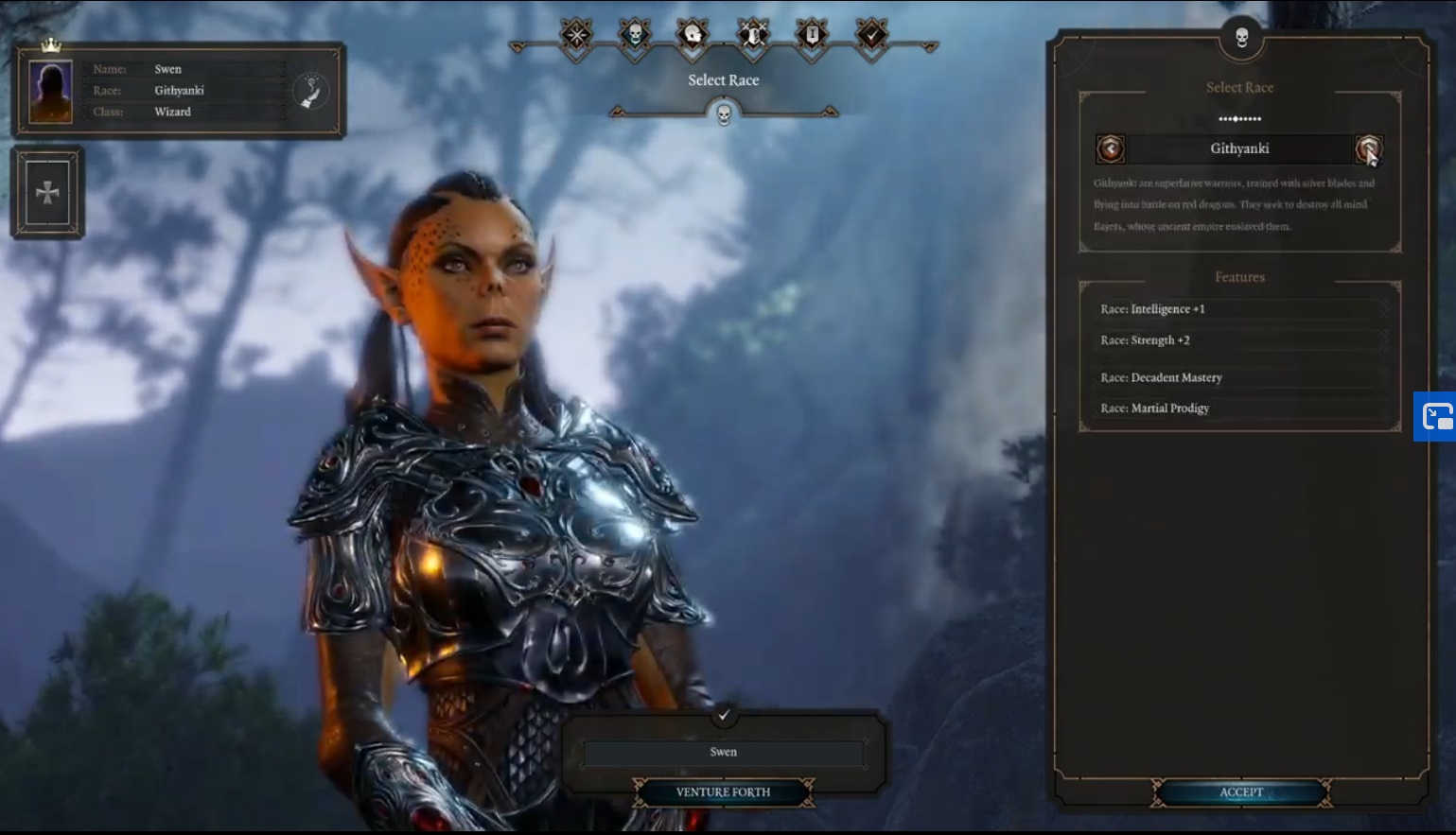 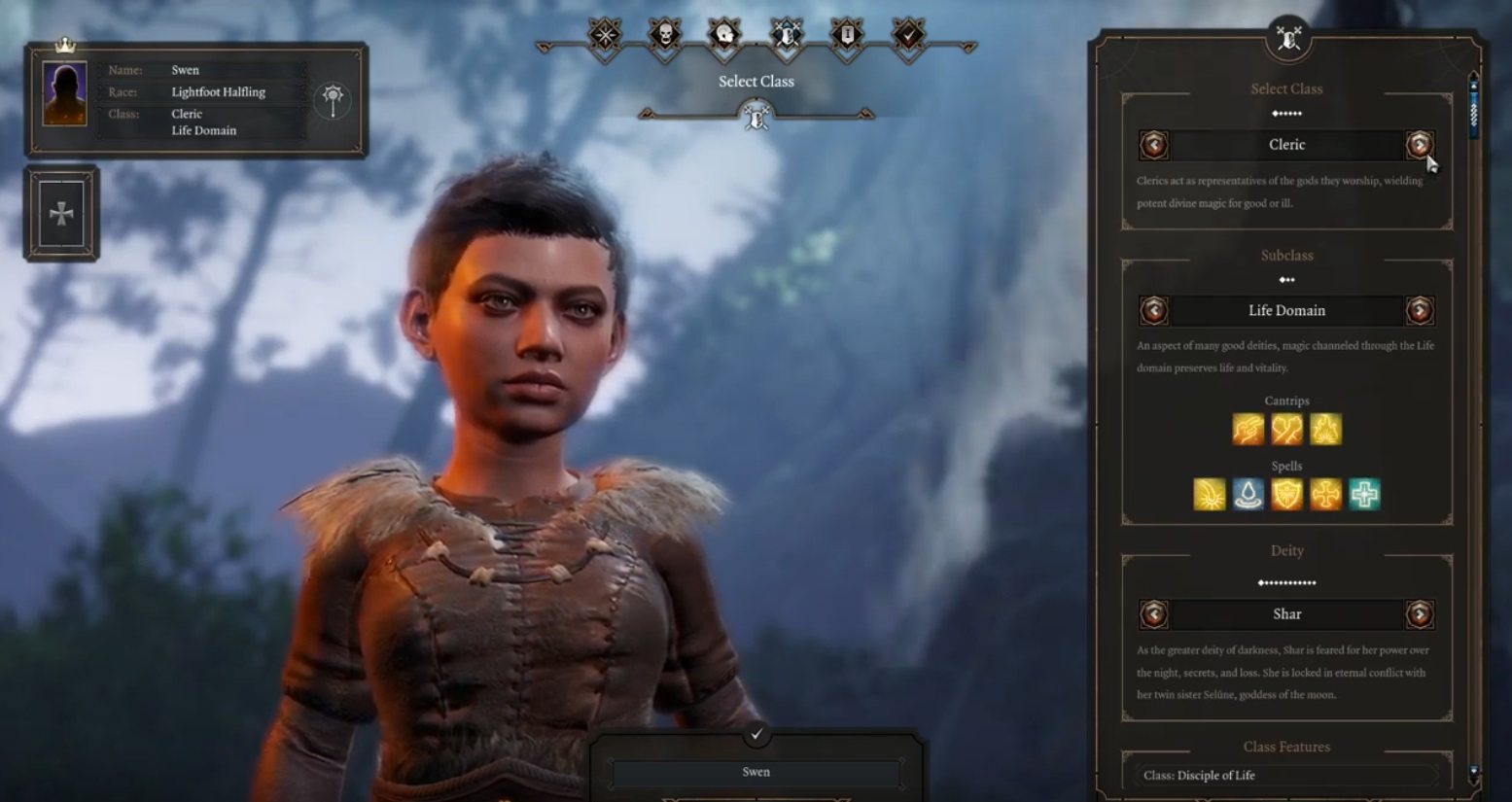 You can pick your gender and your class and background–including all the standard D&D backgrounds like Noble or Folk Hero or the like. But there are also five “origin stories” which are pregenerated characters who have their own backstory. These are also your companions, they have full voice acting and personalities all their own–they’re the characters that your friends will be playing if you’re in multiplayer, which the game will support. 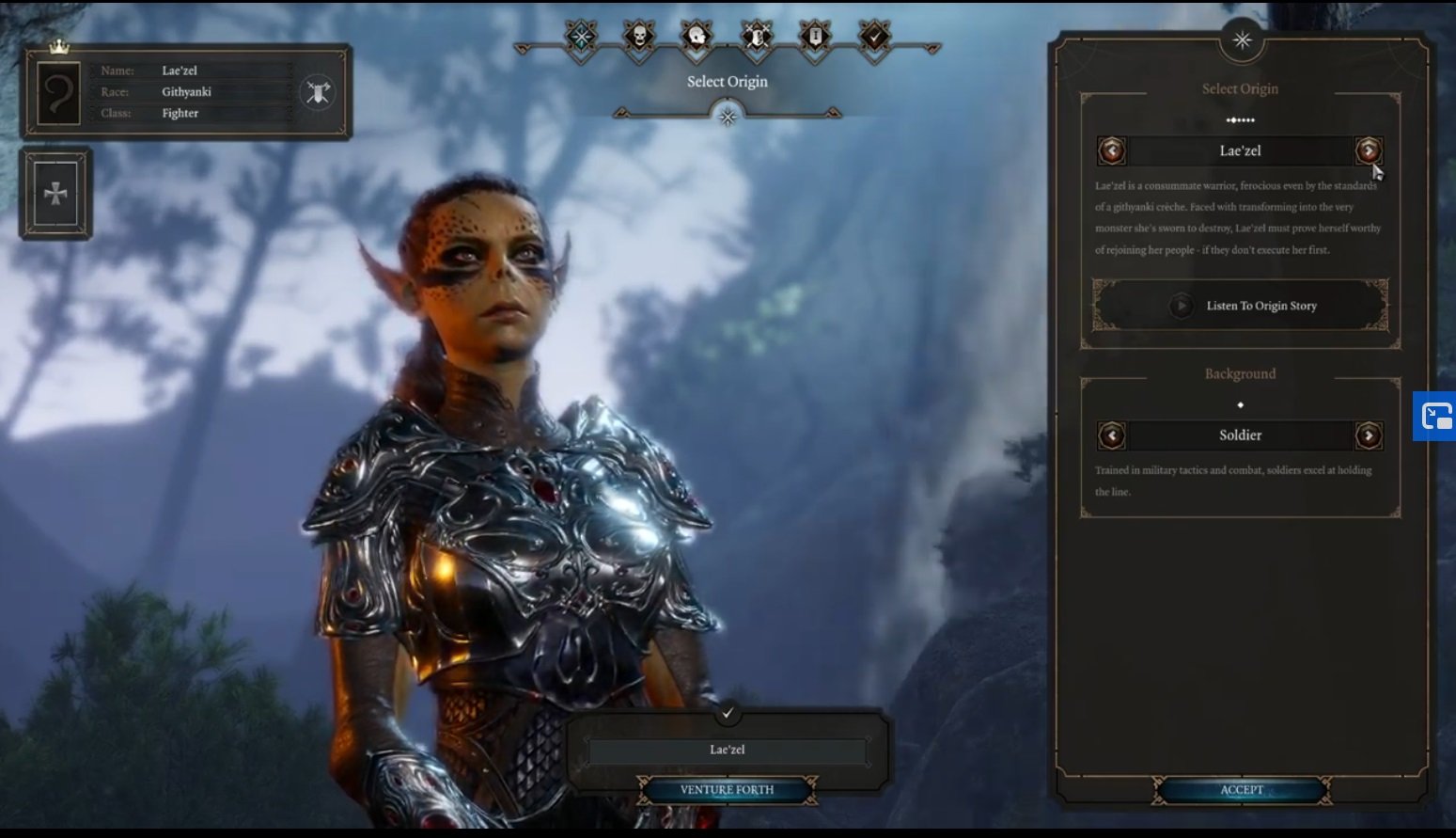 This is Lae’Zel, a Githyanki warrior. We also saw a wizard who might one day explode, and a vampire rogue, the main character for the gameplay demo, who enjoyed being able to daywalk and sleep as a result of the mind flayer symbiont inside him. As far as gameplay goes, it’s a lot like Divinity: Original Sin 1 & 2. The game is presented in an isometric format, though you can switch to a 3rd-person over the shoulder camera angle to explore the world. Otherwise you’re seeing the same isometric RPG angle you’re used to, though if you haven’t played a Divinity game there are a lot more exploration options. 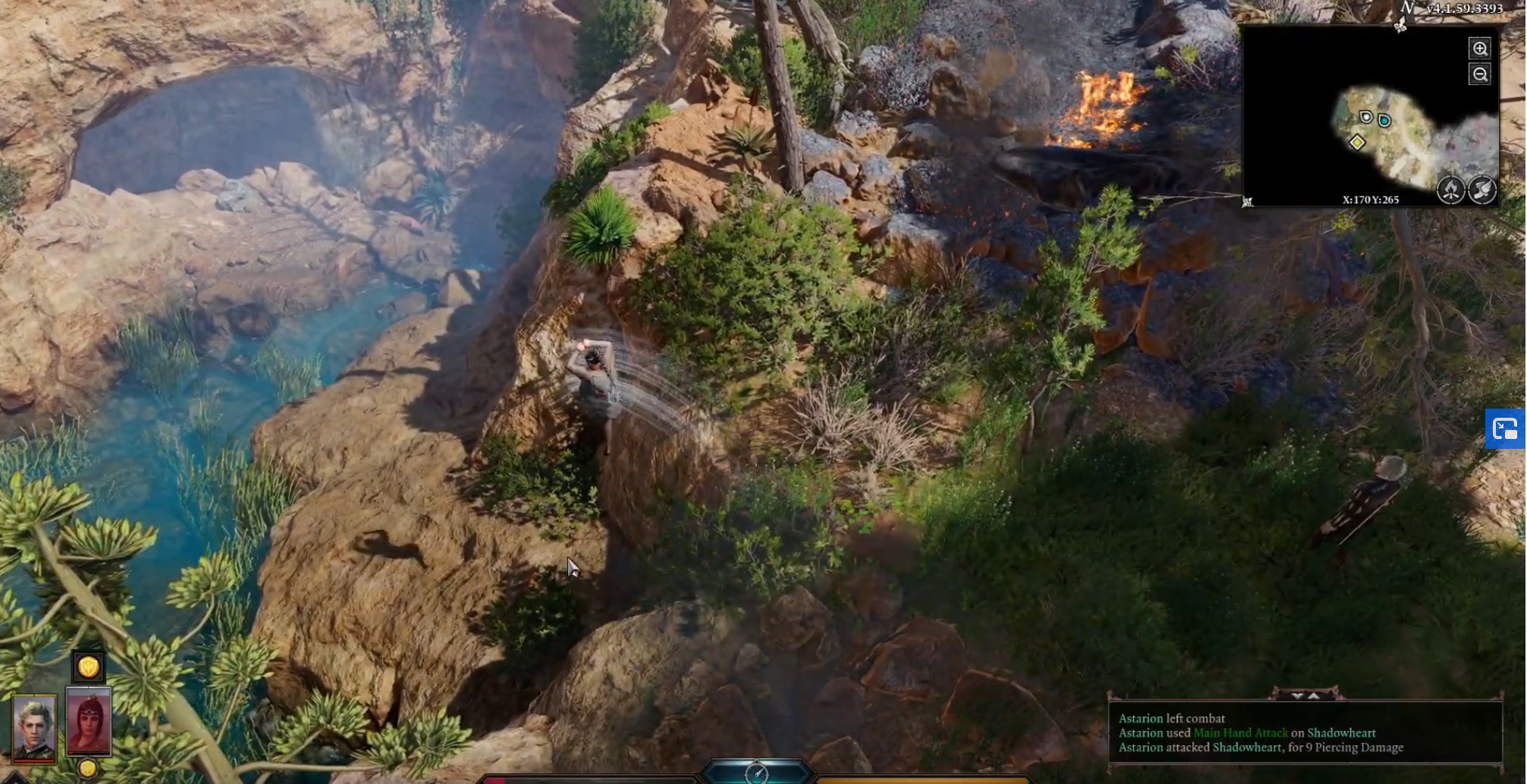 Within the map, players can climb and jump and venture into difficult terrain. In combat you can move and take an action and a bonus action if you have one available to you. Players with spells can use cantrips and have spell slots, exactly as in the D&D game. And if you want to succeed in combat you might need to use some of those movement options to give yourself an advantageous position 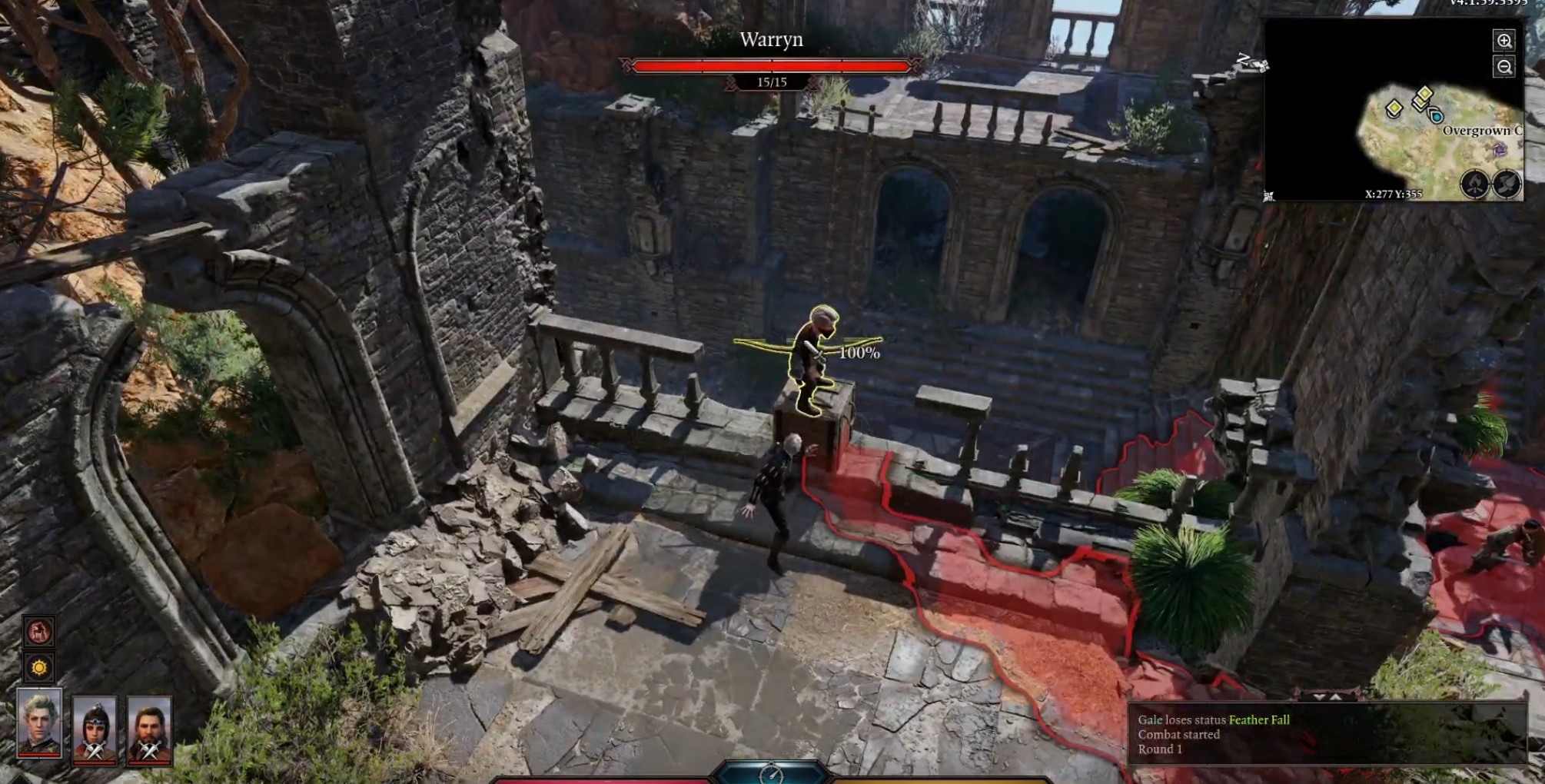 Moments after this screenshot was taken, Astarion, crouching in stealth, shoved that highlighted bandit off the ledge, knocking him prone and dealing additional damage. The game is full of things like that–you can knock people down, throw them off buildings–which is great for a game where movement and positioning matter. Thunderwave can be a lot deadlier with a cliff edge nearby.

But even if you’re not forcing movement, positioning can give you a serious advantage or protect you from return attacks. 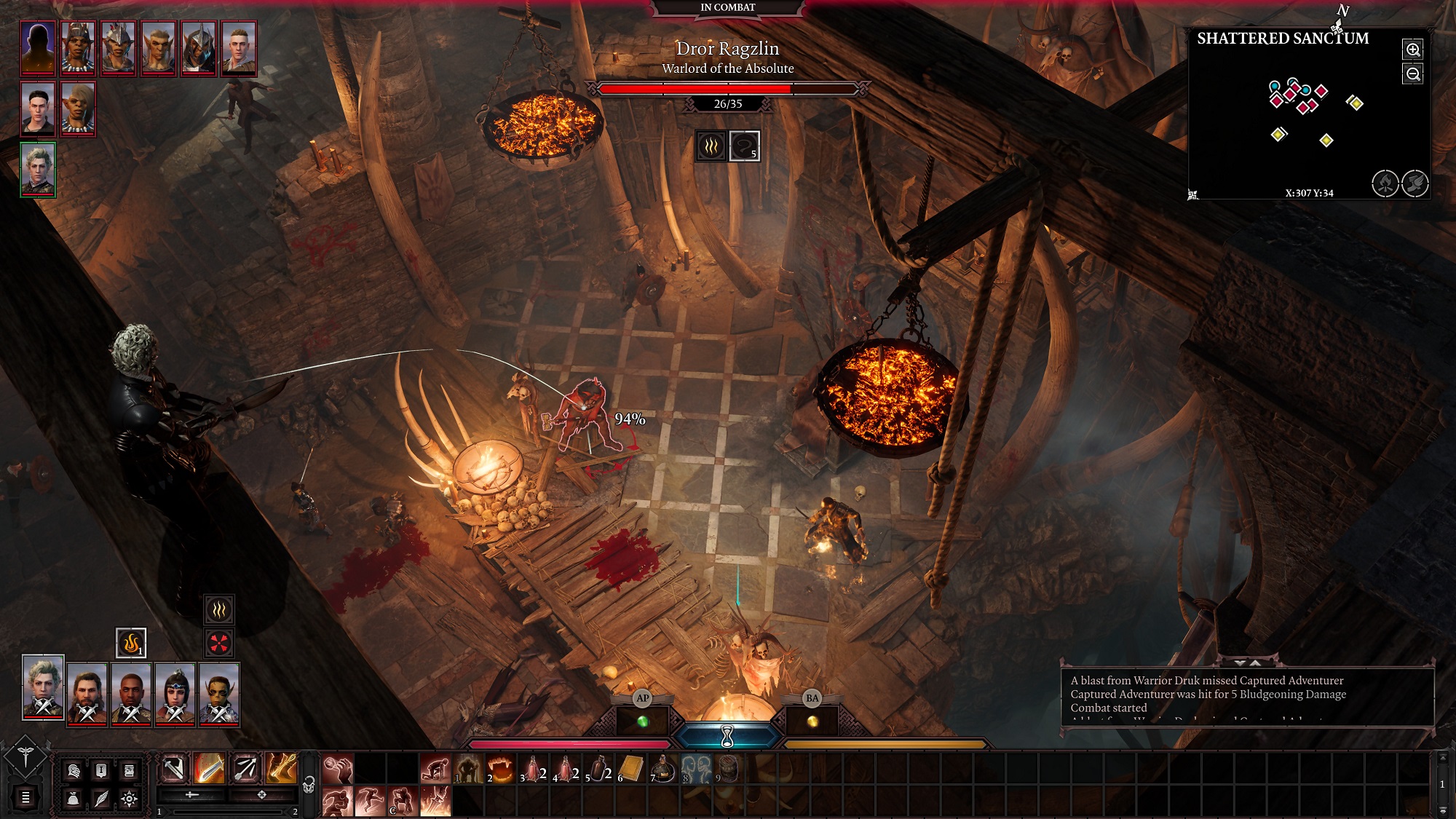 I do want to talk about the combat though. By now you’ve doubtless seen the percentile chances to hit and are wondering, what the heck that’s not D&D. Indeed, it’s not–but don’t worry the percentage chance to hit is derived from the same basic formula under the hood. You just have to expose the numbers. 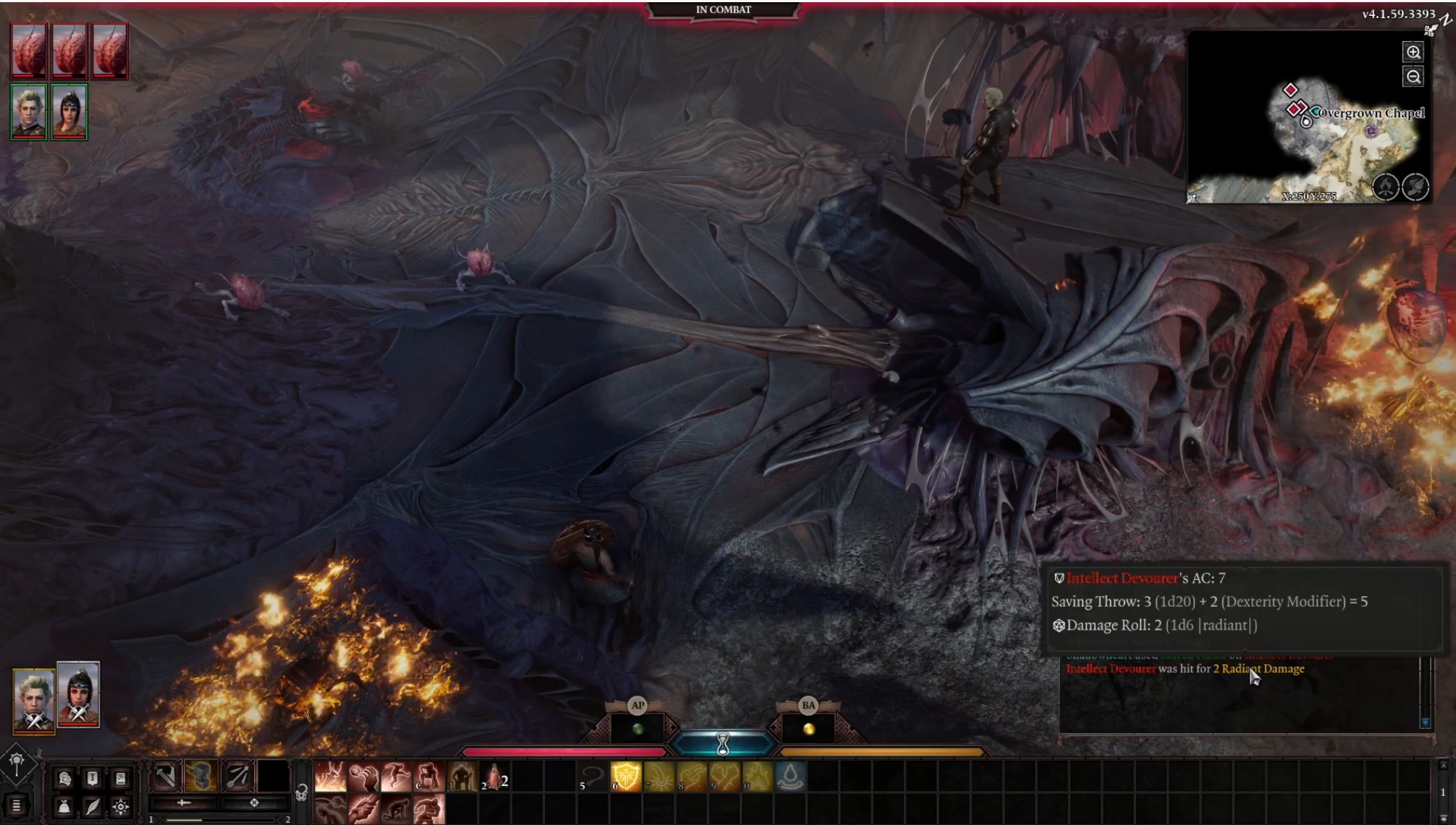 Combat is an interesting mix where you get about six seconds worth of real time action in a turn–they take their D&D formula seriously, but then sprinkle in a lot of what made the Divinity: Original Sin series so unique. Players can stack crates, climb on objects, jump on them to avoid traps. 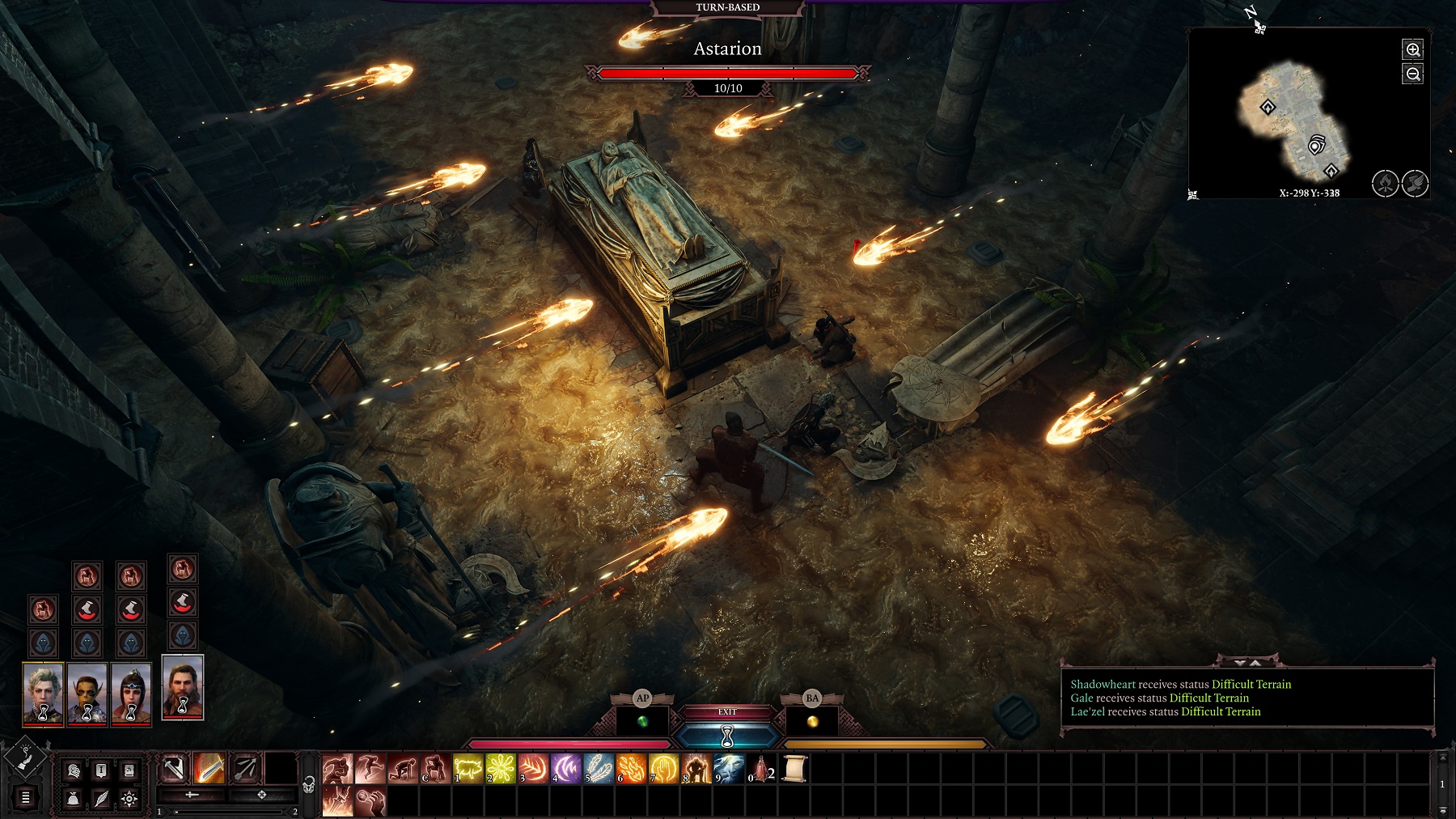 Now, a sequel to the Baldur’s Gate series is going to face some uphill battles–after all, they’re following up a beloved series of games that are solidly set in another era, and presenting anything less than the idealized version of a game that only exists in the minds of people who fondly remember the game is sure to be received as nothing short of a mortal sin. But Larian studios seems like they’re capturing the spirit of D&D pretty well. Right down to the moments where the characters accidentally died.

And the one with the skull has failed her death saves–so those are in the game too. The mechanics are all there, under the hood. You can make skill checks, and even have story interludes with them… 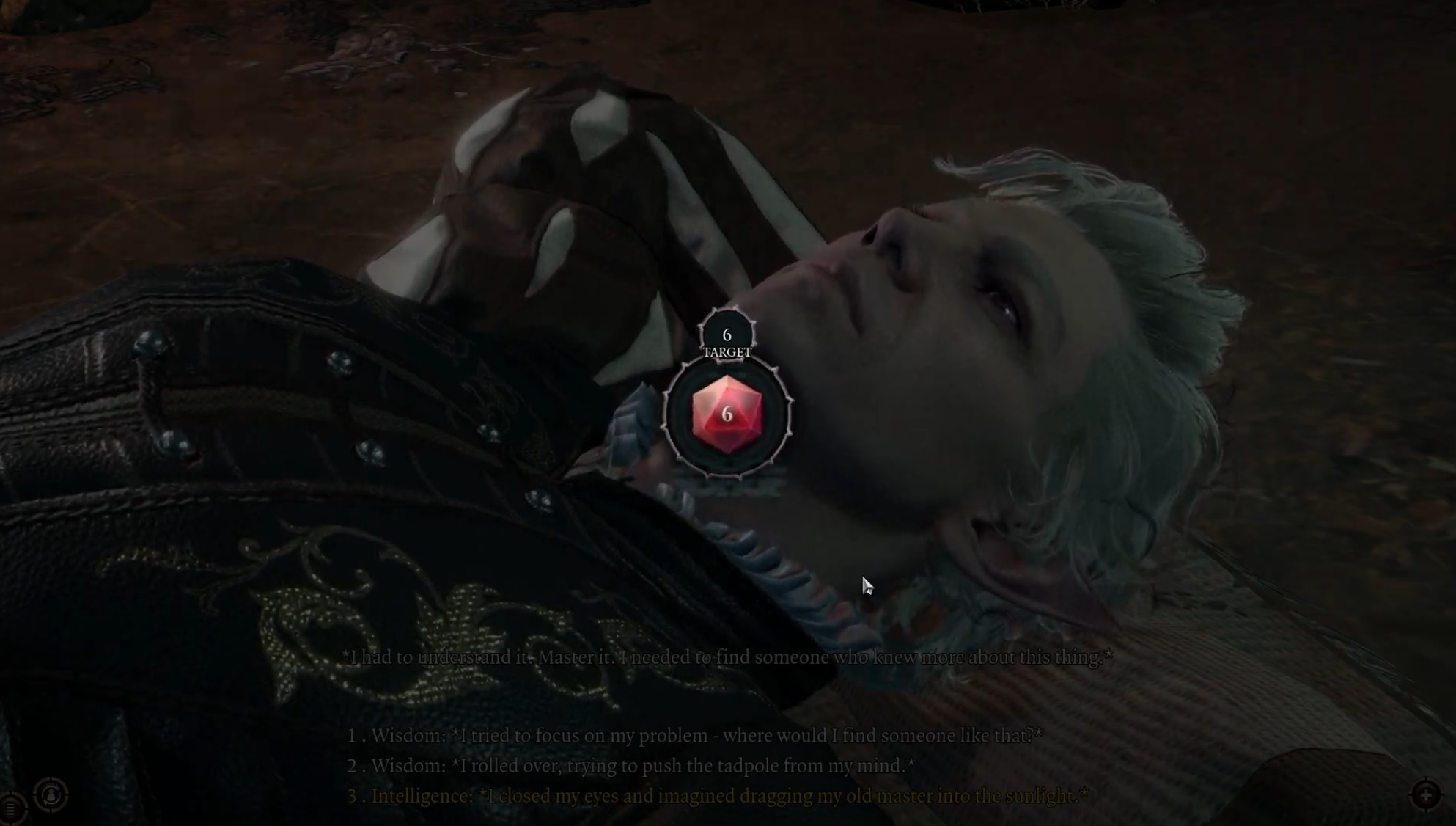 Here Astarion reminisces about some vampiring that he did. But on top of all of this there are a lot of Divinity Original Sin stylistic choices at play here too. Dialogue is very much in the D: OS style, with the past tense narration leading to what the character says presently. 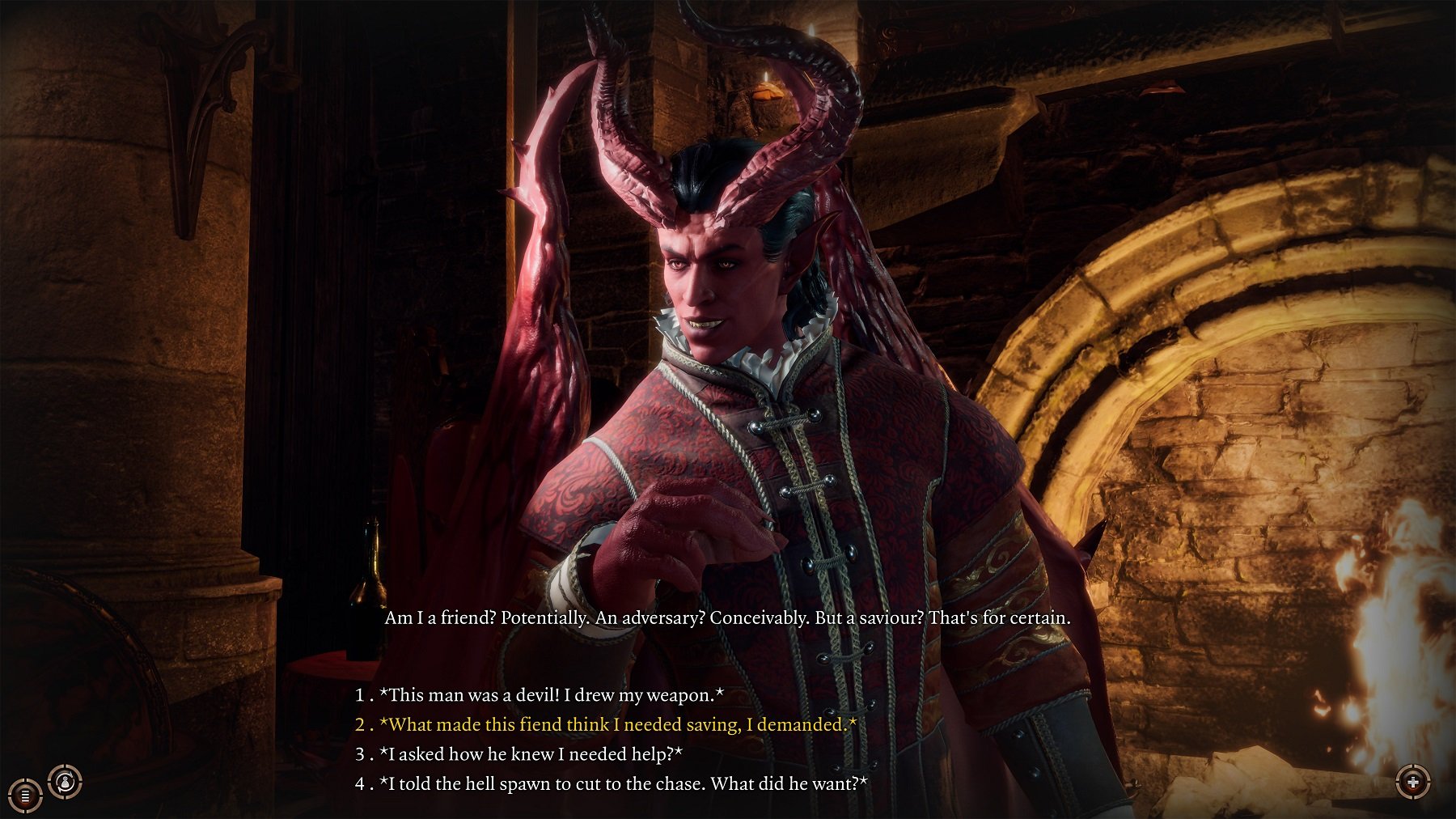 But you can see how they’re modeling D&D creatures in, and referencing all the usual D&D things. That’s mostly just setting dressing. Your NPC companions might also be able to chime in with their own opinions. 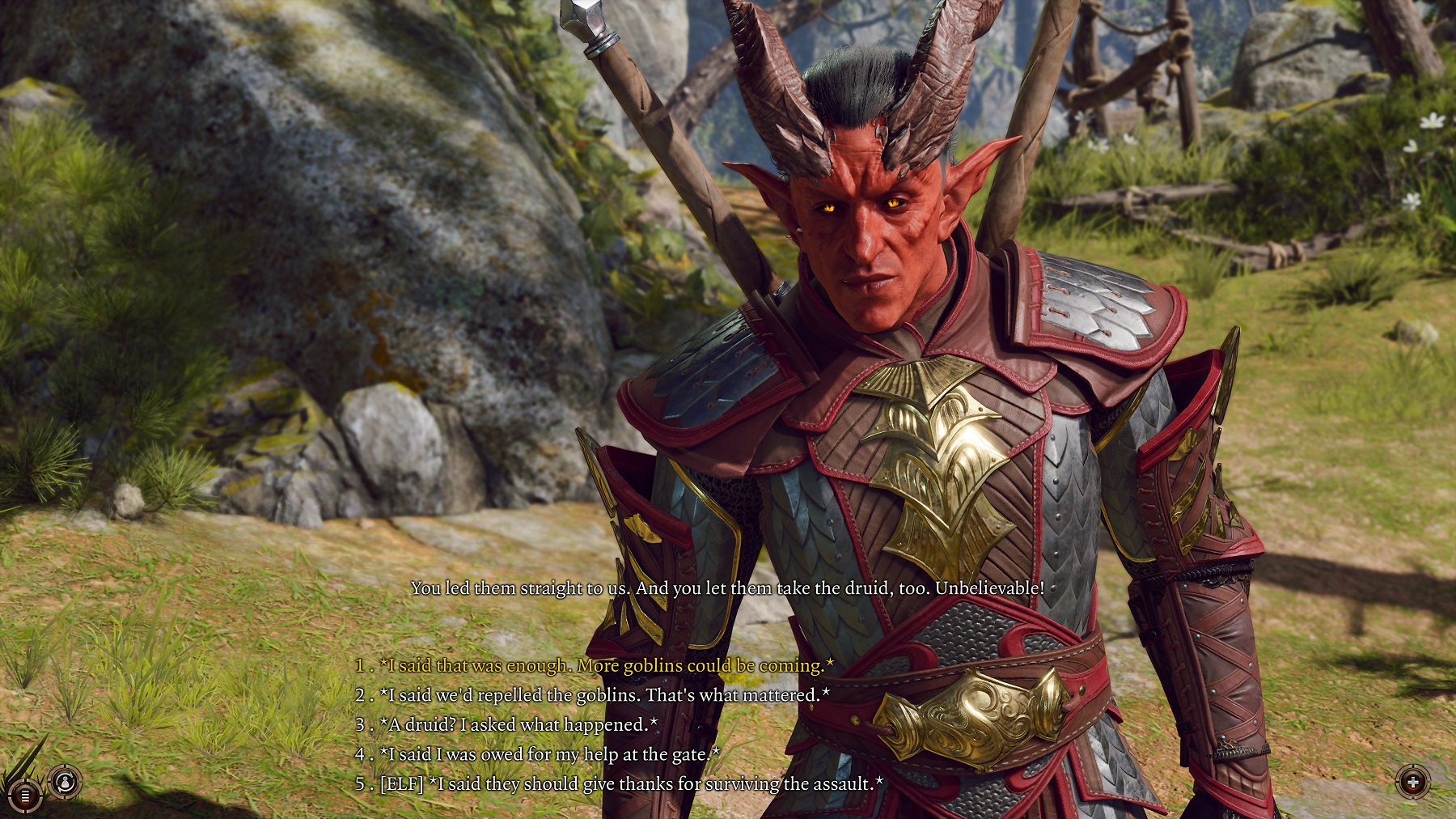 It might not be Bioware, but then not even Bioware is Bioware anymore. 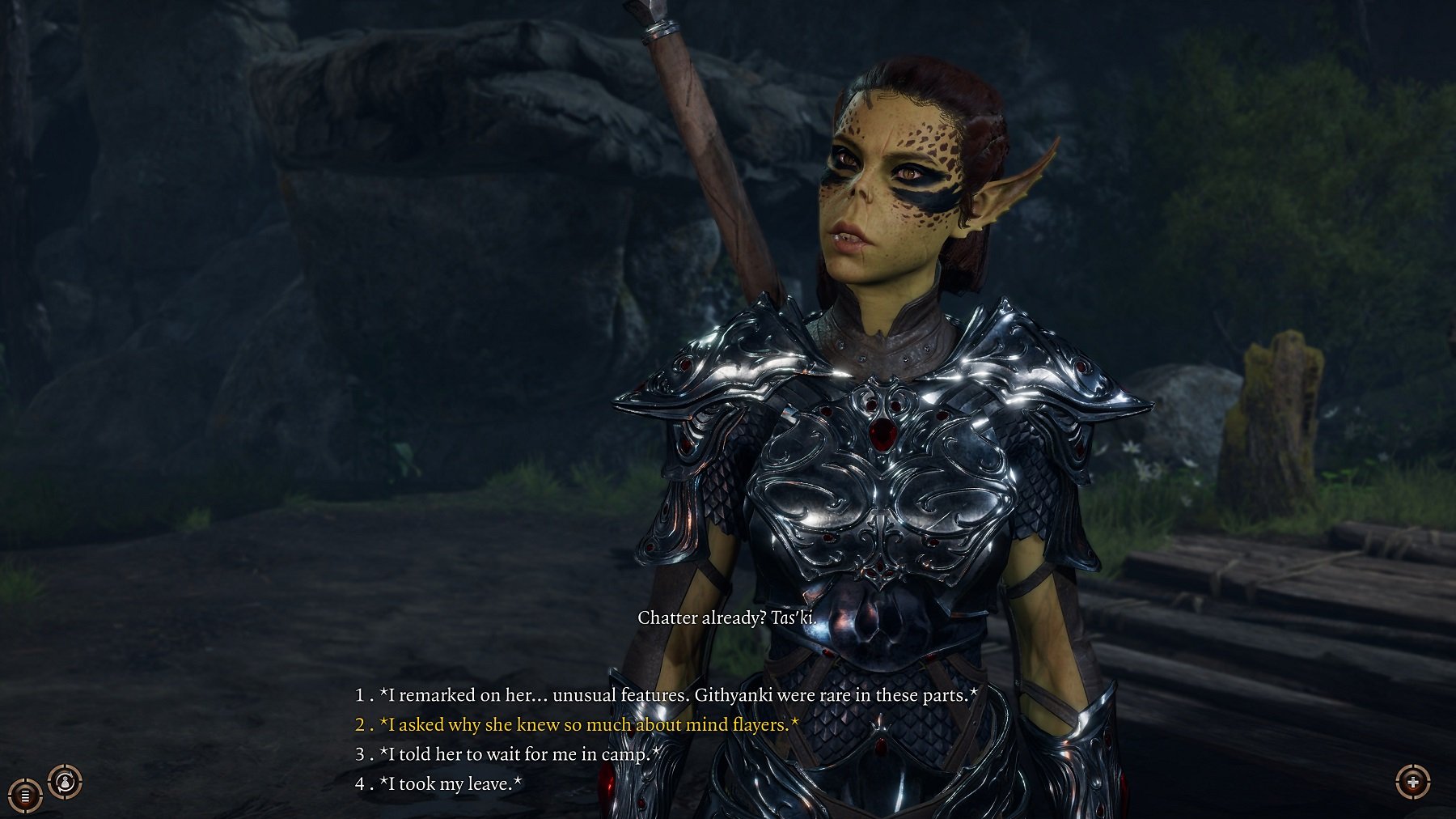 In addition to this, Larian’s love for environmental effects is in there. Players can interact with the environment to set arrows aflame: 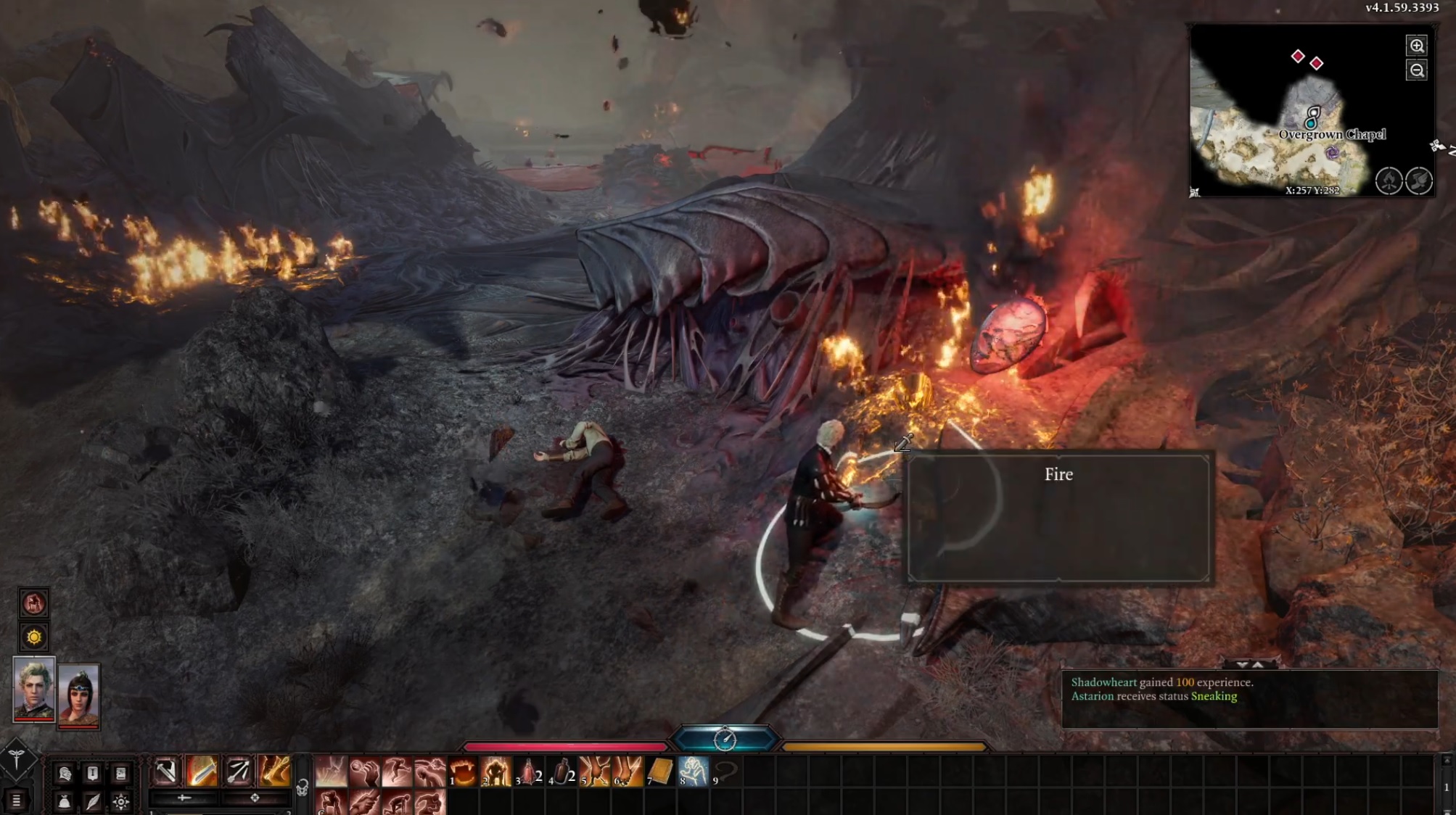 Or set off explosions. 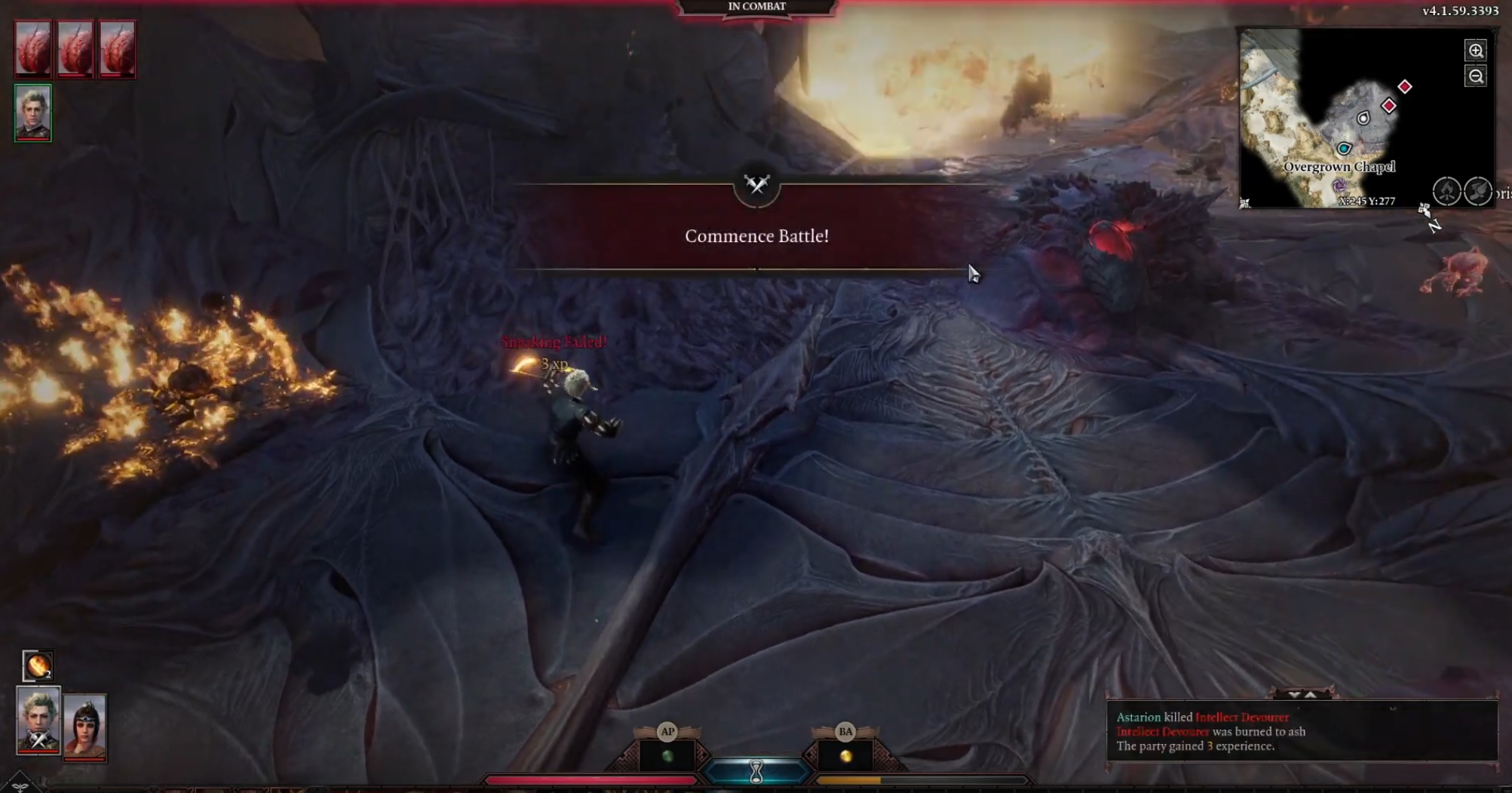 The grease on the ground in that fire bolt trap is flammable as well–there’s a lot of both of the games present. And if you can get used to seeing a percentile system instead of the d20 numbers, the game looks lovely. Here’s the full gameplay reveal:

We’ll have more news on the game as it develops.

In the meantime, let us know: what do you think of the game? 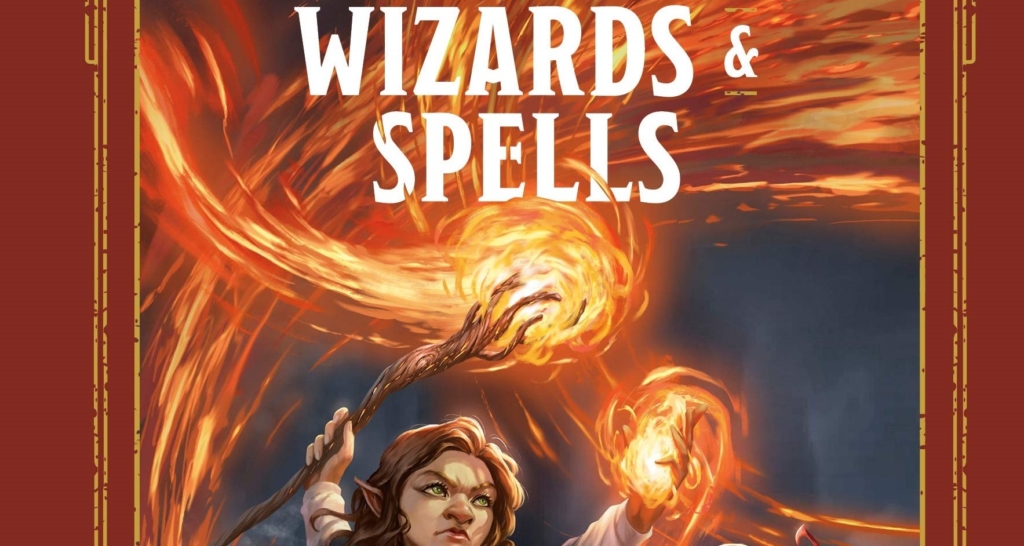