D&D: The New Subclasses In The Designers Words 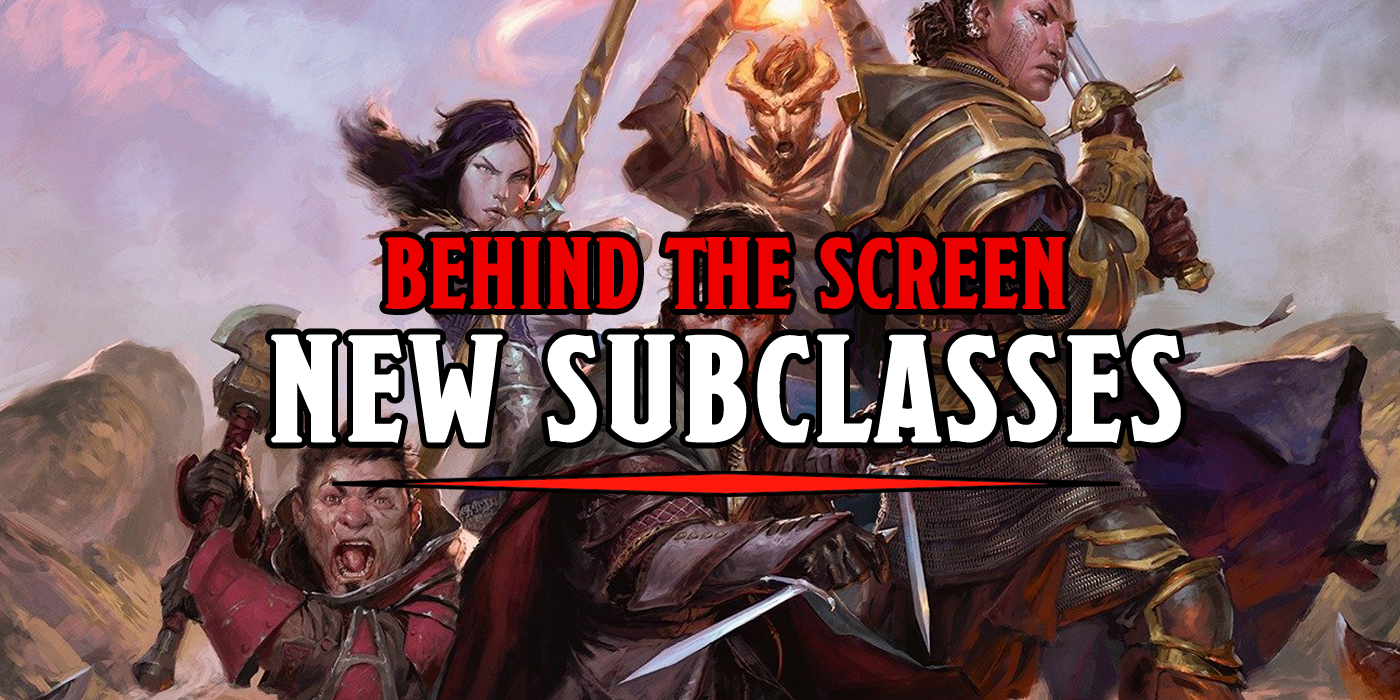 The three most recent UA subclasses add a lot to the game, but what were the designers thinking when they brought them out? Find out in these videos.

Unearthed Arcana is D&D’s testing ground for new content. Taking its name from the original 1985 supplement that took the experimental rules produced in magazines and a few other sources and made them official–as official as anything can get in D&D–the current version of Unearthed Arcana serves as both a preview of upcoming rules changes and classes and spells, and a look at rules that might be. Even if we never see a finalized version, Unearthed Arcana has been responsible for subclasses with a vocal fanbase, like the Stone Sorcerer, a melee-focused sorcerer subclass that has fans of swords and spells getting in touch with their earthier sides.

The latest three subclasses to debut in Unearthed Arcana had players in an uproar prior to their official release. Leaked data showed a “love domain” cleric that rubbed folks the wrong way with its purported focus on love and bonds between people but plethora of charm person spells and a channel divinity that struck a sour note. WotC released their official version, showing a significant course correction for the class in question. But what did the designers have in mind when cobbling together these subclasses? Let’s take a look.

The Unity domain ended up taking the place of the short lived Love domain. Unity is more about civilization–and in fact is an extension of a proto-civilization/order domain a couple years back. The biggest change is in the Channel Divinity feature, which lets you share damage. But at its core, you can see the idea of having friendship collectively powering the party underlying the core of the subclass. If you’re wondering why any of this works the way it does, it’s because we live in a society.

The college of creation, on the other hand leans into the idea of the Song of Creation, which can be found in the beginning pages of the Silmarillion. It takes on a slightly different lens in D&D–giving things a Beauty and the Beast bent that means the Song of Creation is, evidently, Be Our Guest.

Finally the Clockwork Soul sorcerer, which, as Crawford puts it, is all about setting things to their baseline state, which manifests itself thusly: resetting both advantage and disadvantage so that neither apply, or calling on a heavy rock’s worth of modrons to appear like dutiful little robots to clean up a mess.