Fantasy Flight Games has a whole set of game mats out for Marvel Champions plus a new Sourcebook and Adventure for the L5R RPG! 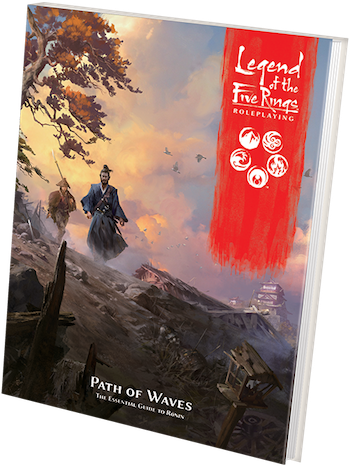 Enter the world of outcasts in Path of Waves, the third sourcebook for the Legend of the Five Rings Roleplaying Game! This 256-page setting guide takes you to the forgotten heart of the Emerald Empire where masterless rōnin, foreign gaijin, and others who don’t fit neatly into the grand design of the divine hierarchy struggle in tales of camaraderie, redemption, and revenge.

Path of the Waves details the difficult lives of those living on the fringes of society, including a new set of The Game of Twenty Questions that adds myriad new options to create rōnin, peasant, and gaijin characters, as well as Adventure seeds, NPC profiles, and two fully-realized settings to bring the world of Rokugan to life. Are you ready to step off the well-known path and forge your own destiny? 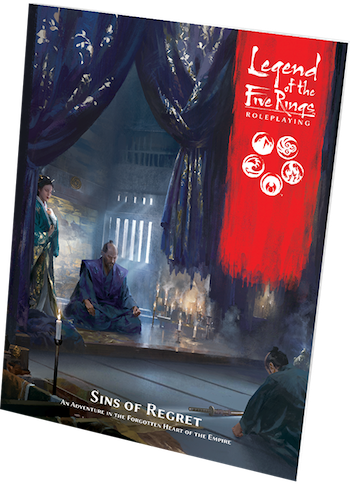 Escape the ghosts of the past in the Sins of Regret adventure for the Legend of the Five Rings Roleplaying Game! This 32-page book takes you to the troubled village of Twin Blessings. Here, the elements are imbalanced, the crops fail, bandits prowl the woods, and still the daimyō demands his due. But Lord Jikai faces troubles of his own as duplicitous vassals and restless spirits threaten to unseat him. If you help Jikai hold his power you may win his favor or even prove yourself worthy of the lord’s patronage, but is the daimyo worthy of your assistance? What does Bushidō demand in the face of this looming conflict? Only you can decide which path you will take. Does your loyalty belong to the villagers, the lord, or yourself alone? 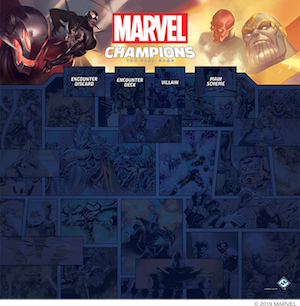 Battle Evil in style with the 1-4 Player Game Mat for Marvel Champions: The Card Game!

This 26”x 26” slip-resistant game mat gives you plenty of space for your hero’s deck, identity card, upgrades, supports, and more while also providing clearly marked areas to setup the scenario! Keep your games organized in style with the 1-4 Player Game Mat for Marvel Champions! 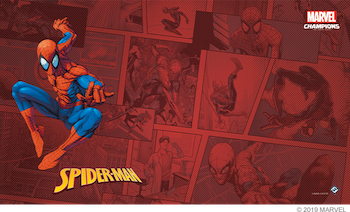 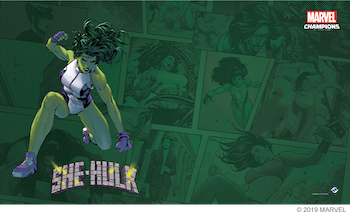 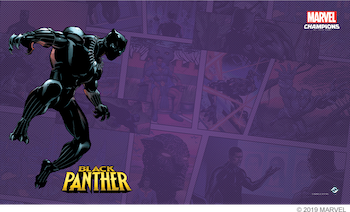 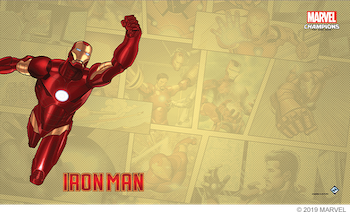 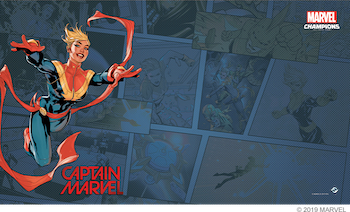 A New Legend of the Five Rings Sourcebook? Count me in!

Author: Adam Harrison
Writer, Editor, Texas Native, and Austinite for 15+ years, Adam covers all things Tabletop Gaming. Which includes Warhammer 40,000, Age of Sigmar, D&D, Board Games and everything else that involves dice, boards, cards and a table. A hobbyist, player, and collector of miniatures and games, Adam's current obsession are his Death Armies for Age of Sigmar, his Blood Angels and Tyranids for 40k, and his ever growing Arkham Horror: The Card Game Collection.
Advertisement
Card Games FFG - Fantasy Flight Games LCGs Legend of the Five Rings Marvel Marvel-DC DO NOT USE RPGs Tabletop News
Advertisement