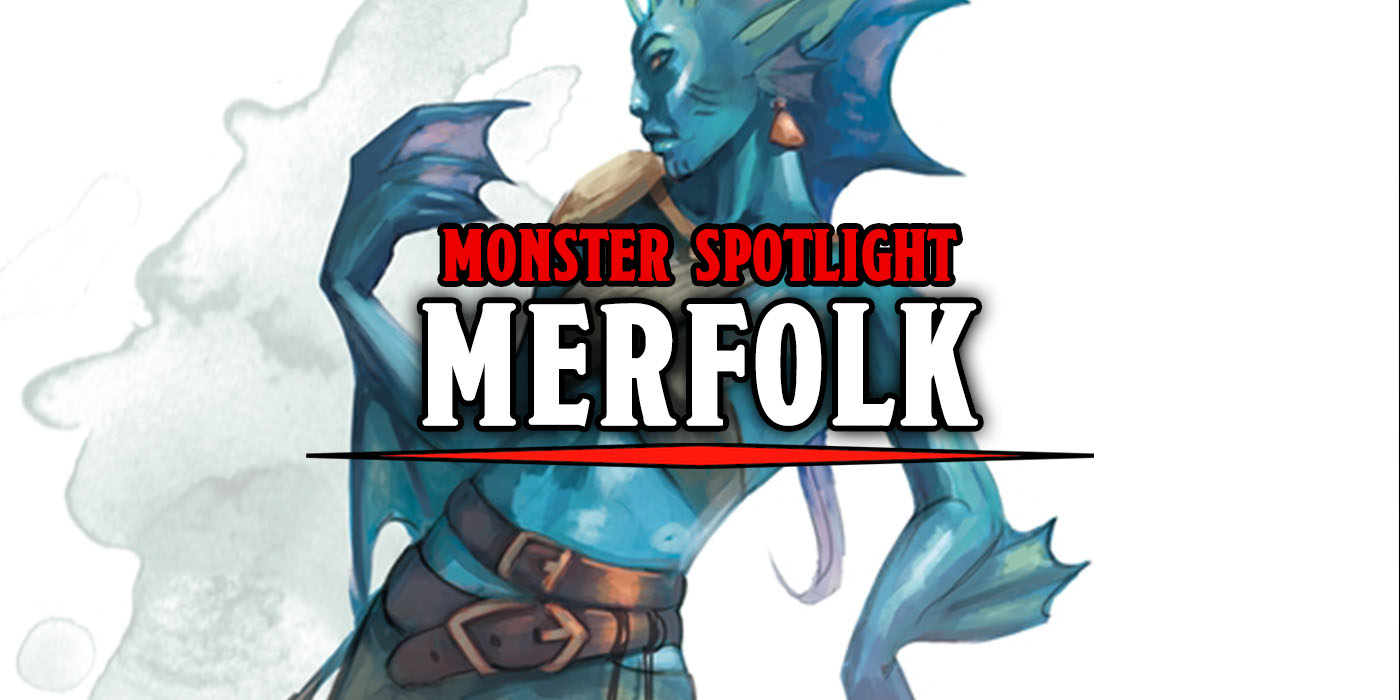 Is it actually better down where it’s wetter? Let’s ask the merfolk in this week’s monster spotlight.

Merfolk are one of my favorite mythological creatures. Their myths range from the friendly singing princess to monsters that drag sailors to their deaths and everything in between, appearing since D&D’s first edition and evolving ever since. 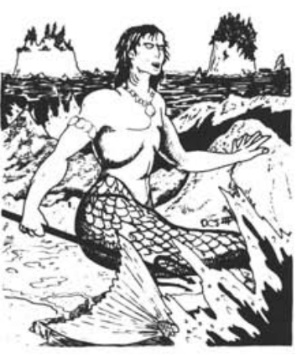 The first appearance of merfolk as monsters were very specific to label them “mermen.” They are described as living in warm and tropical seas, harvesting ocean vegetation and hunting and herding certain fish for food. They live in undersea communities where the entire community of merwomen and children live and which are guarded by 3-18 large barracuda. They are intelligent creatures using the same weapons that playable character would, and have an entire paragraph written out describing how they would go about grappling, sinking, and looting a ship. First edition merfolk are also neutral, indicating to me that as a community they are generally neutral but individuals could run the gamut of alignments just like any other intelligent creature. This could leave it up to the DM’s discrepancy whether a merman you encounter is good or evil, sinking a ship for revenge or justice, or malice. 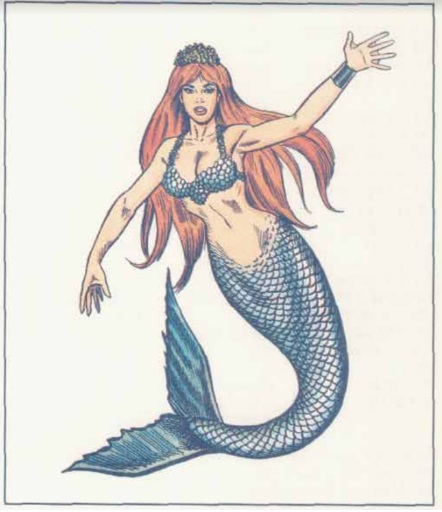 Merfolk are by and large almost exactly the same in 2E as in 1E. The most noticeable difference is the additional and more fleshed out information you get about the species this time around. 2E goes on to explain that mermen attack ships in times of great need and how often in an encounter you can expect to see a patrol leader, a chief, or a shaman. Mer-shaman are a new addition to 2E, casting the spells of a 3rd level priest. Merfolk society is described as heavily patriarchal and preferring solitude to friendship or trade with outsiders, but acknowledges them as being creative and producing works of art. 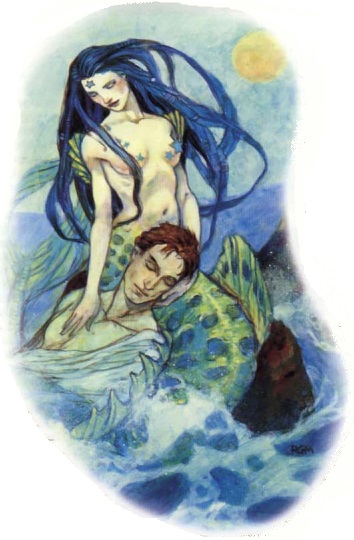 Third edition is where the title “Merman” switches over to “Merfolk.” They are described now as playful and mischievous, often playing pranks on adventurers who are lucky enough to encounter a merfolk, but not often treated with true evil or malice. Interestingly, it is noted that most merfolk encountered outside of their homes would be warriors, hunters, or scouts. Barracudas have been replaced with porpoises and bards are specified as the merfolk’s favored class, though spellcasters who aren’t bards are now generally adepts. 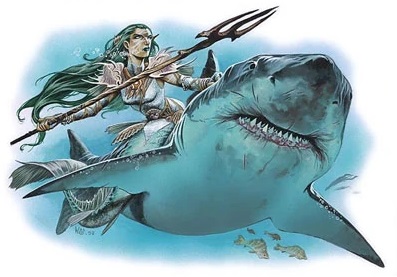 Merfolk don’t seem to exist in 4E at all. Instead, look back at this Monster Spotlight from March about the Merrow. 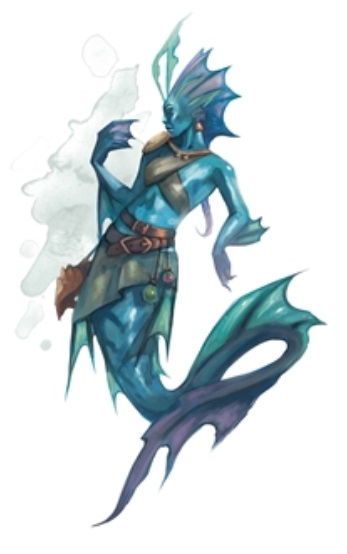 Merfolk come back for fifth edition! They are a much simpler race for the DM to play now with no rules specifying the percentages of a scout party or what kinds of spellcasters you may encounter. They are described as not often uniting under one ruler, making merfolk seem like a people more interested in living in small family groups. Their weapons are also now specified as being crafted from what they can salvage from shipwrecks and beaches as well as naturally occurring in the ocean or from dead creatures. Most recently merfolk seem to have become an encounter left up to the creativity of the DM as opposed to tied to any canonical lore.

Merfolk encounters in Dungeons and Dragons have the potential to be so unique. I doubt a fight with one would be a terribly interesting affair, but their lore and social structure as well as the distinct issues and challenges working with – or against – a primarily aquatic species would promise an unforgettable session.