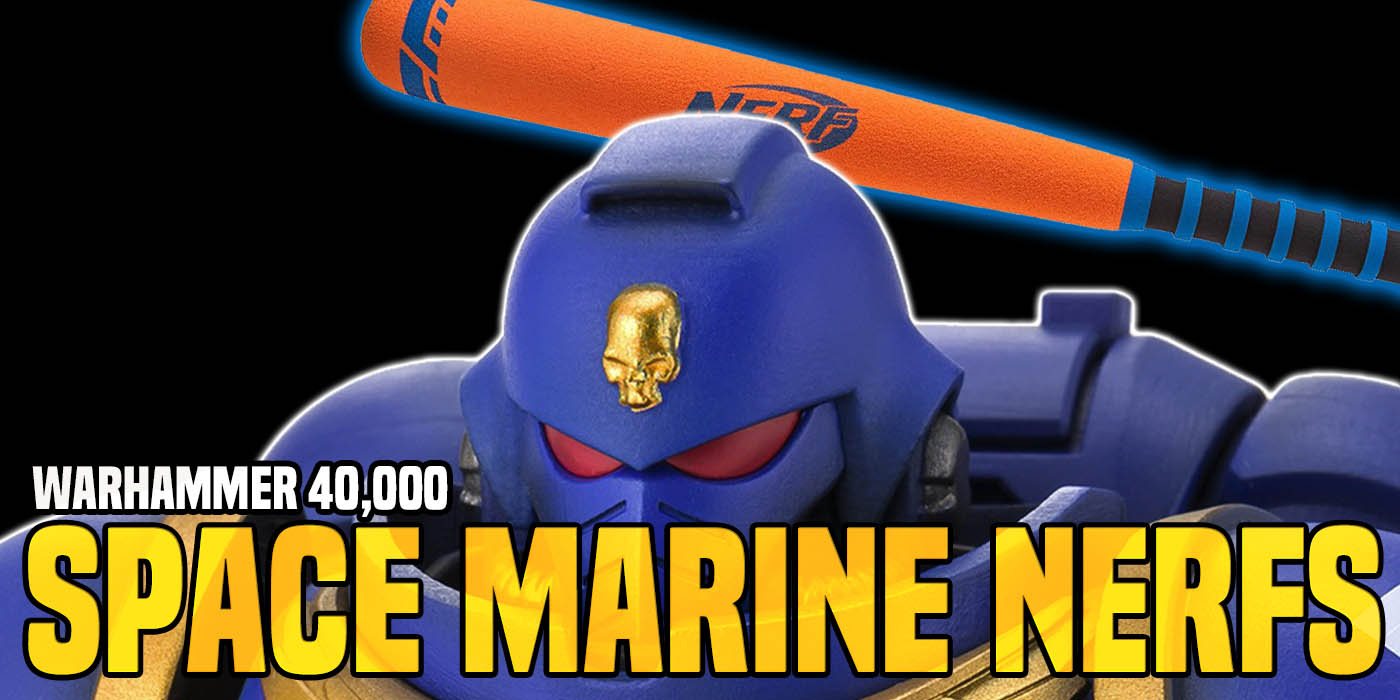 Games Workshop has put their foot down on Space Marines. Here comes the Nerf Bat.

It appears as if the reign of the Space Marines has gone on long enough and Games Workshop has stepped in to attempt to course correct. There is a new FAQ/Designer’s commentary out now and it’s got some pretty massive changes for the Angels of Death. By our tracking according to BCP, Space Marines have been on the top of the meta for 24 straight weeks – which broke the previous record held by Imperial Knights of 22 weeks. Players have noticed and the feedback has been sent in. GW has heard the feedback and agrees – now steps have been taken to tone down the Space Marines.

“With the release of Codex: Space Marines (and its various Codex Supplements and Psychic Awakening updates) several months ago, we have been paying close attention to how Space Marine armies have been played with by the community and how well they are faring at tournaments around the globe.

We have gathered enough data by now, and received enough of your feedback, to convince us that the Angels of Death are now one of, if not the, best-performing armies in Warhammer 40,000 at present. While we are glad that the Emperor’s chosen warriors are faring better than they were before their latest codex, it would appear that as players get more experience with this army, tailoring their lists to take advantage of certain rules, and unveiling all the various tricks and tactics hidden within these books, they are now starting to overperform. As a result, we feel it is necessary to make some changes to the Space Marines’ rules to ensure that they remain a fun army to play against, as well as with. This is not something we do lightly, but we feel it is necessary in order to help maintain the balance of the wider Warhammer 40,000 gaming experience.”

This is huge. Games Workshop has acknowledged that Space Marines are over performing and have decided to take an active hand in making changes to their newer rules. This was in direct response to players feedback and the tournament results around the globe. And after reading through many of the changes and reasons in the Designers’ Commentary, their reasoning makes a lot of sense. Let’s go over some of the big changes.

No longer will Space Marines be able to “sit” on one Combat Doctrine (looking at you Devastator Doctrine) for the entire game. Space Marines will still get the benefit but they will be forced to shuffle through the Combat Doctrines as the game progresses which forces them to “take a combined arms” force – which was the intention according to the Design Team.

In conjunction with those changes, GW has also taken the step of outright removal of the Adaptive Strategy Stratagem:

This stratagem has been modified so that it no longer stacks with other effects/rules that reduce damage. This is a directly targeting (and was specifically called out by the Design Team) the combo of a Techmarine, Leviathan Dreadnought and the Ironhand’s Ironstone. If you ever had to play against that combo, then you know how frustrating it could be to deal with it. Also note that Adeptus Astartes may change if this same stratagem was published in other codexes – but this version overwrites that (and also check your respective FAQs for updates).

This particular Stratagem was used with Dreadnought Characters which GW acknowledges was an oversight. It was not meant to be used on those much more durable models. The new text address that issue and also addresses a few of the timing issues raised.

This is another targeted change specifically aimed at Raven Guard Centurions. The Designers felt like this trait made using Raven Guard Centurions too reliable for a first turn charge. As we’ve seen in many of the top lists, this has been another powerful option that Space Marines have been using. With the updated text, Centurions can no longer be targeted by this Warlord Trait.

If you’re curious about any of these changes or the reasonings behind them, we encourage you to read the Designer’s Commentary.

There were also a number of FAQs that hit today as well for the Space Marines:

Psychic Awakening: Ritual of the Damned

These changes are sure to send shockwaves through the competitive community and the overall meta of Warhammer 40k. Get ready for changes! And also: 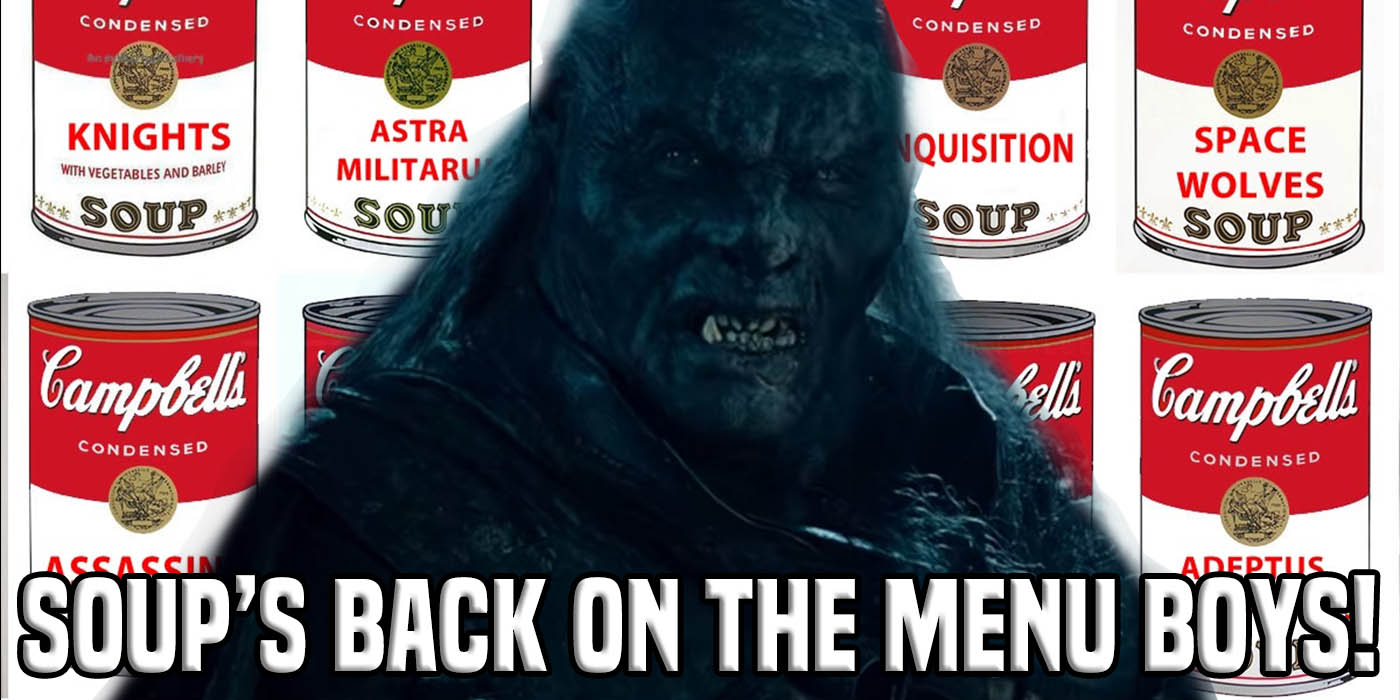 Let us know what you make of these changes in the comments!