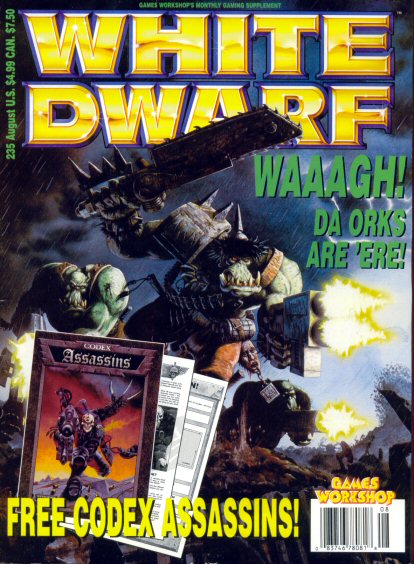 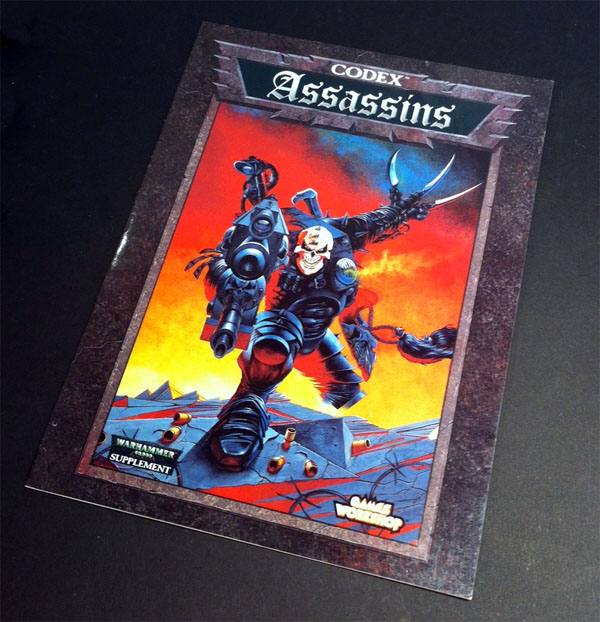 You get all the basics on what Assassins are, greatly expanding their background from the basics pr0vided in the Rogue Trader book of the late 1980s. Tearing right into the mini-codex gave us the stats and shared rules for the “basic Assassin” that the 4 temples were based on.  All the basics were there – Fearless, the invulnerable dodge save, the infiltration, and Character status. 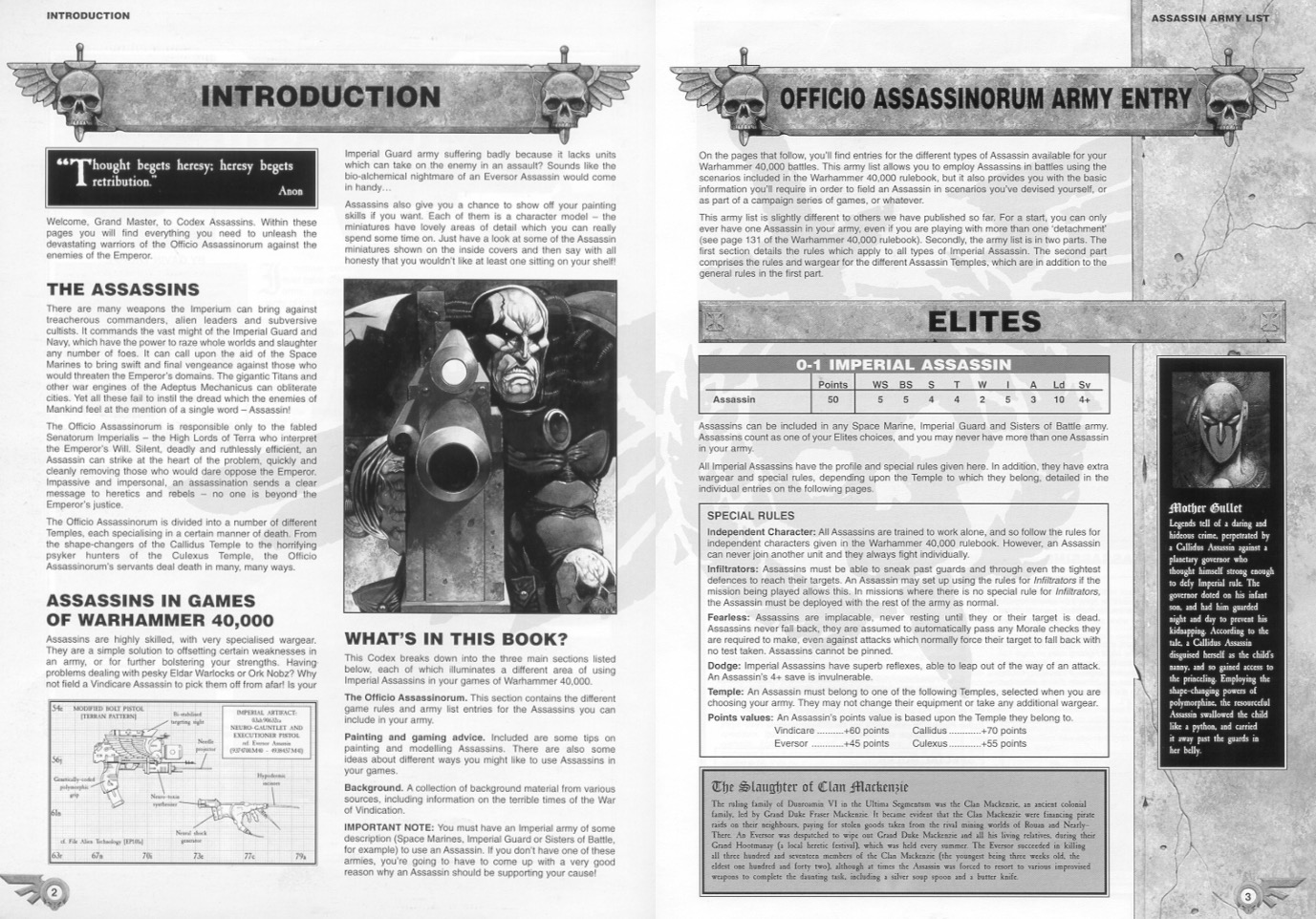 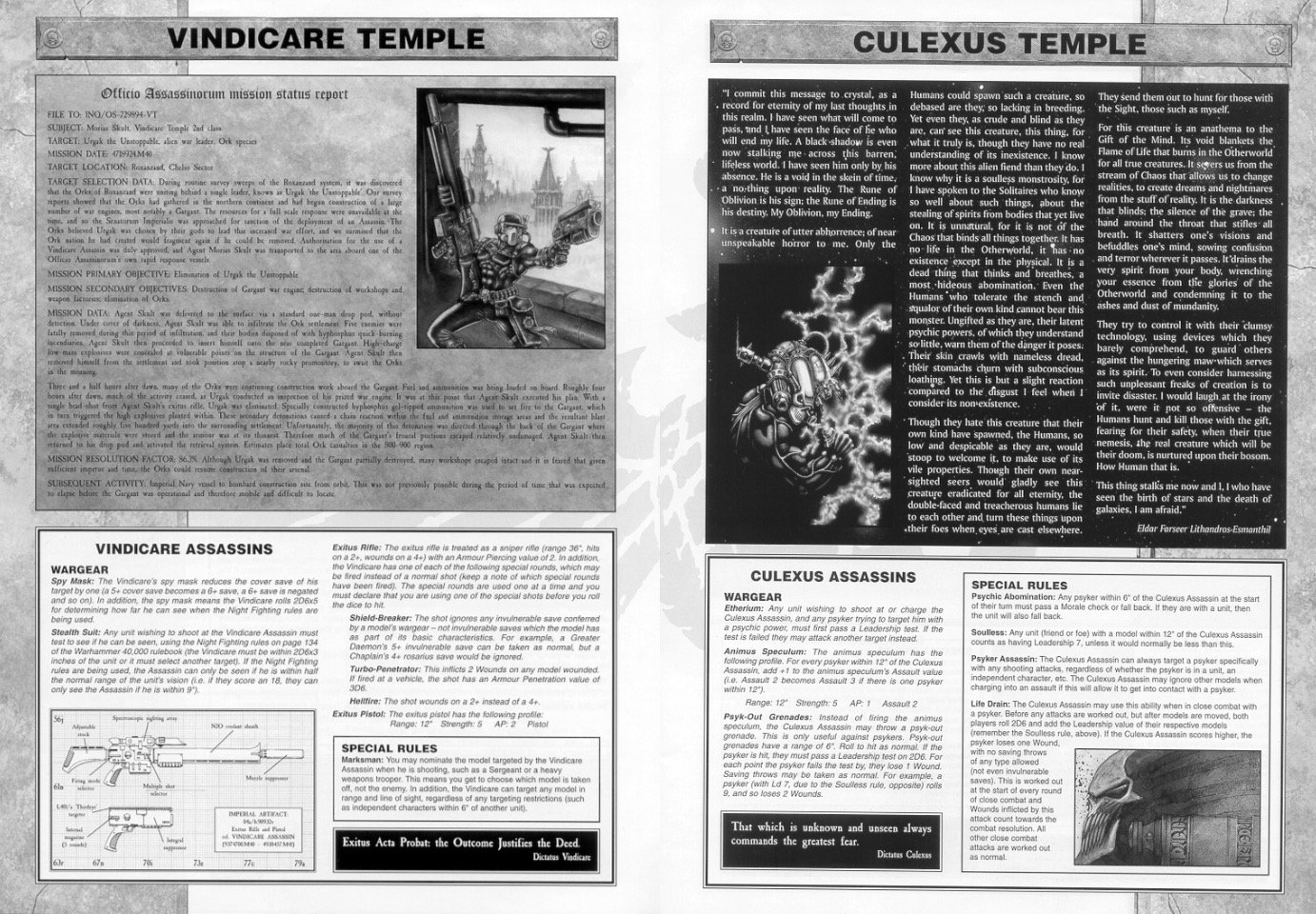 The Vindicare and Culexus were first up. Back then, the Vindicare only got one each of his three special rounds, so you had to choose wisely. He’s gained and lost ammo pouches over the editions. The Culexus was more an oddball back in 3rd without the psykers on every street corner we have now in 8th edition. This guy has only gotten better with age. 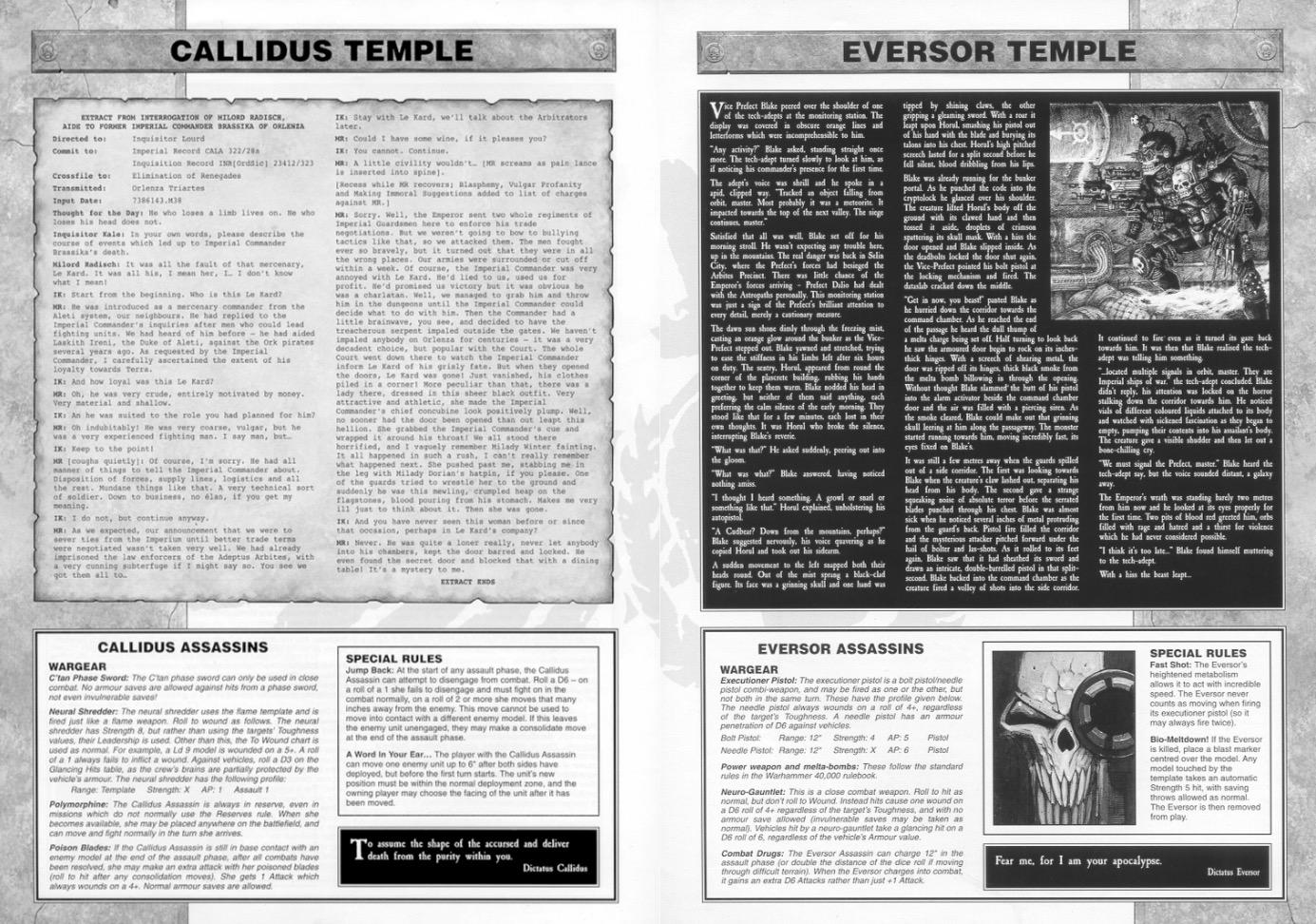 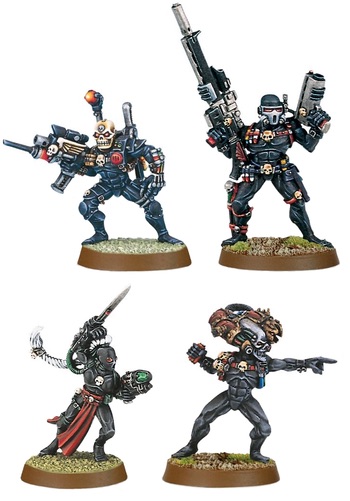 Last but not least we got the original 4 Imperial Assassins. These metal classics have been long replaced by the new plastic ones, but they honestly hold up even today.