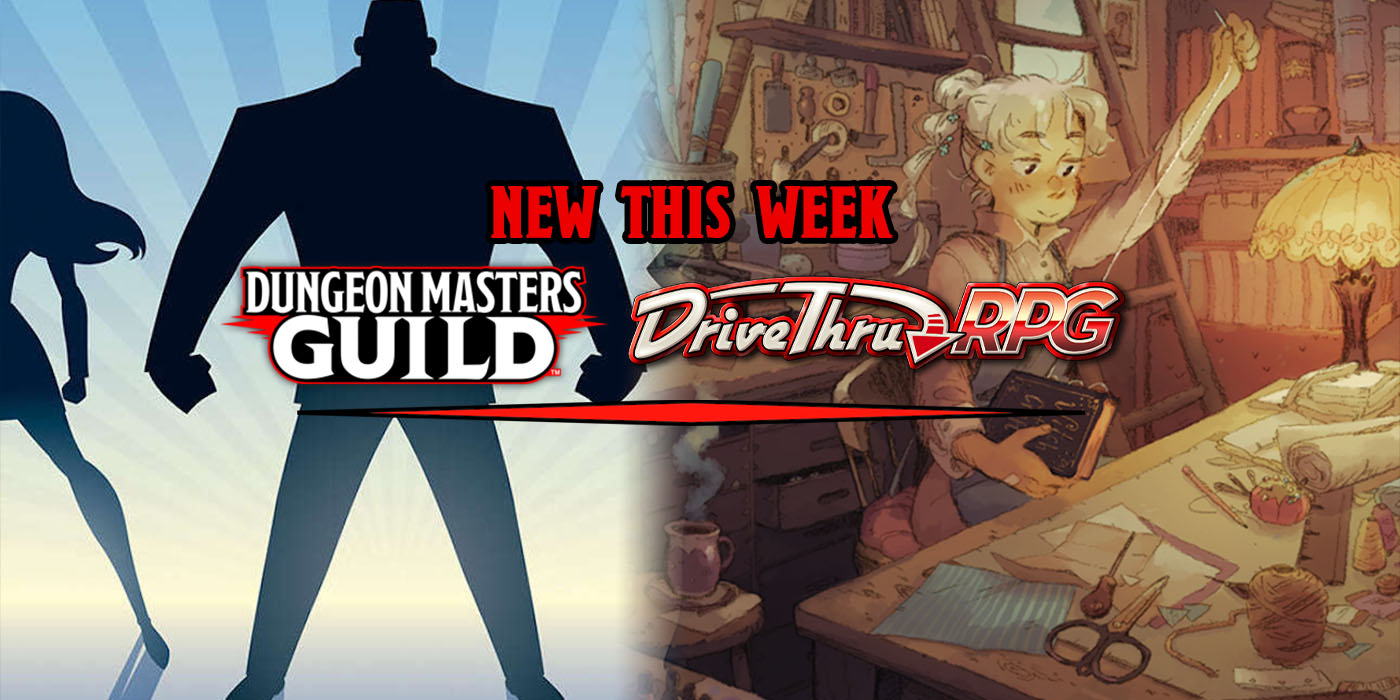 Archeology, love magic, and a quick trip to a wicked witch’s house are just a few of the things you can find this week on DM’s Guild and DriveThru RPG.

There’s plenty of cool stuff to be found this week on DriveThruRPG and the DM’s Guild. There’s a decidedly witchy theme to the week, in spite of it being the middle of February. I suppose it’s always the season of the witch though.

Nicolas Cage aside, let’s take a look at what’s new this week.

Don’t Get Lost in the Whiskaway Wood 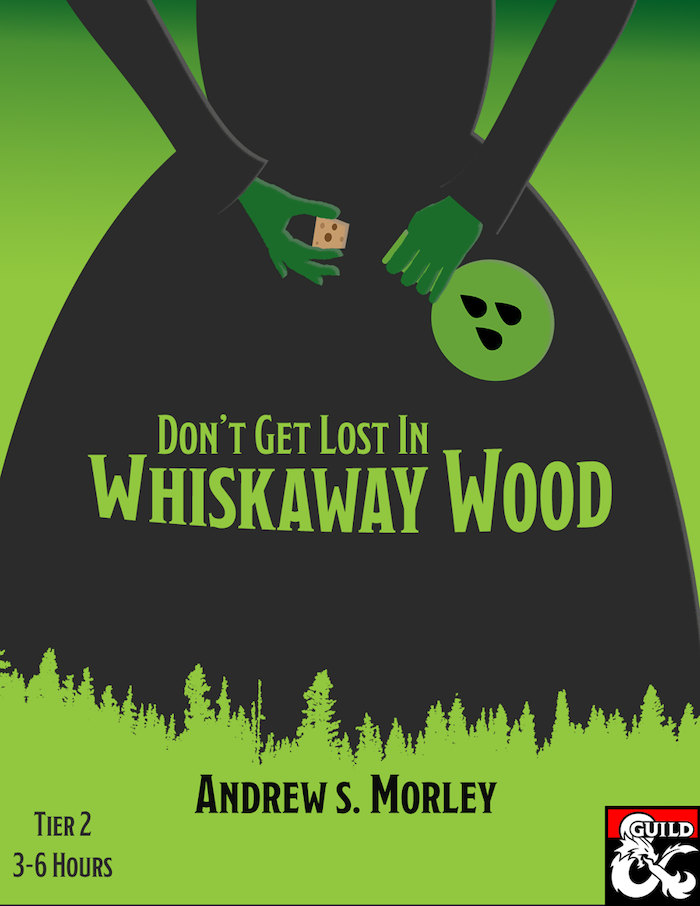 “Hidden deep within The Reaching Woods is a swamp grotto known to the locals of Hardbuckler as Whiskaway Wood. The townsfolk know to keep their distance from this place as few make it back. If they do, they come bearing toxic diseases that place the entire town in jeopardy. This is the situation the town is dealing with when the adventurers come knocking on the outer gates of Hardbuckler.

I love a good moral quandary in a game. Does the town deserve to be saved? Will you probably save it anyway because it’s what a good adventurer does? Whiskaway Wood feels like the sort of game with a well thought through and meaningful story that would be a delight to spend an evening on.

Exploring Archaeology in Dungeons and Dragons 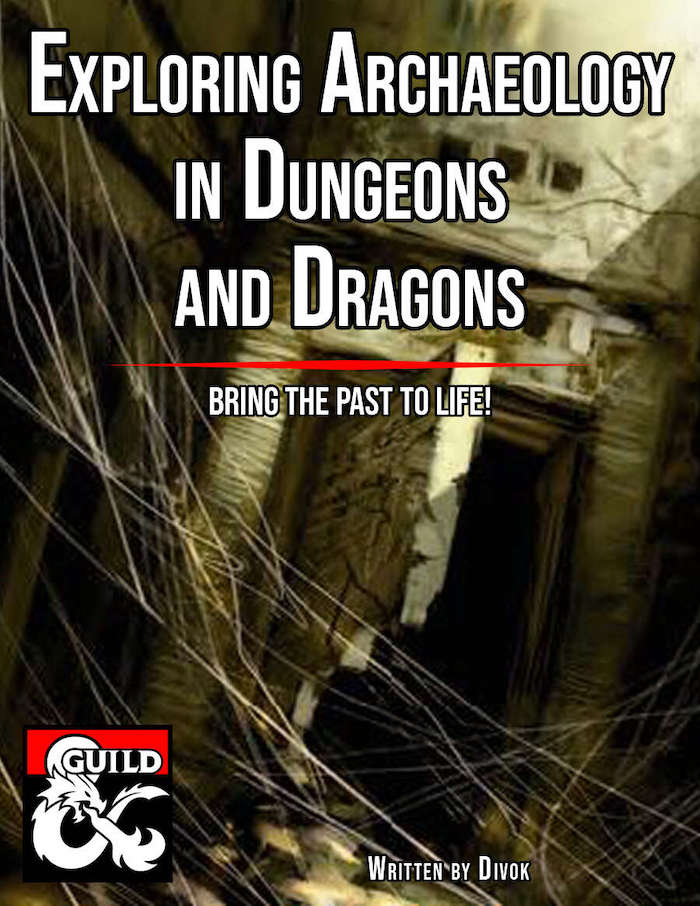 With this suppliment, bring a taste of archaeology to your D&D world! Get your players invested in the history of the campaigns we play in, and replace that generic library trip with a tour of a liv excavation!”

Archaeology doesn’t get any attention in the world of Dungeons and Dragons even though it’s a regular background option in character creation. I know because my current character has a background in archaeology and up until this point that’s been helpful in asking my GM, “Can I get advantage because I have a background in this?” This supplement is specific and very nerdy and I’ll be delighted to add it to my own gameplay. 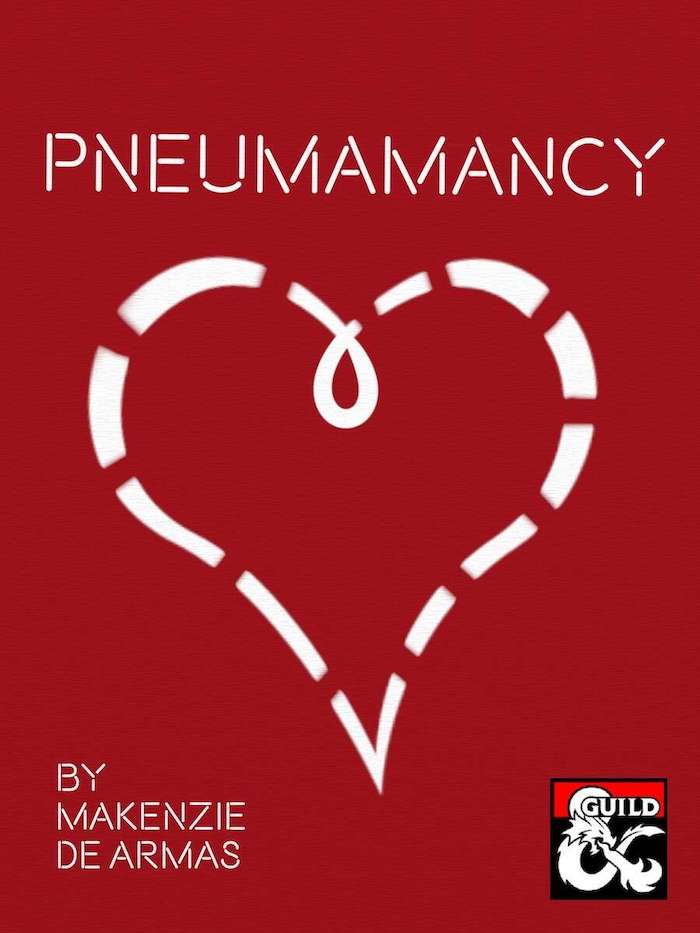 “So here’s a subclass that’s a celebration of love. Not the flowery kind, nor the sexy kind, but the messy and brave kind.

The best kind, in my opinion.

We all have people we cherish in our lives. Friends, family, partners, soulmates—all of us, connected by the bonds of our love. And though life may stretch and tangle these bonds, they will never break.

PNEUMAMANCY is the extension of such magic. The power of soulmates, strengthening and protecting each other. Explore the full potential of pneumamancy as a wizard who chooses this arcane tradition at 2nd level, or bolster the strength of your relationships with three new feats based around aiding those you care for.

And most importantly, don’t be afraid to LOVE.”

Another take on unitizing the magic of love for D&D! Use power of the bonds you share with the people you care about the most to channel your magic and save the world like your favorite magical girl when you make a wizard specializing in pneumamancy. 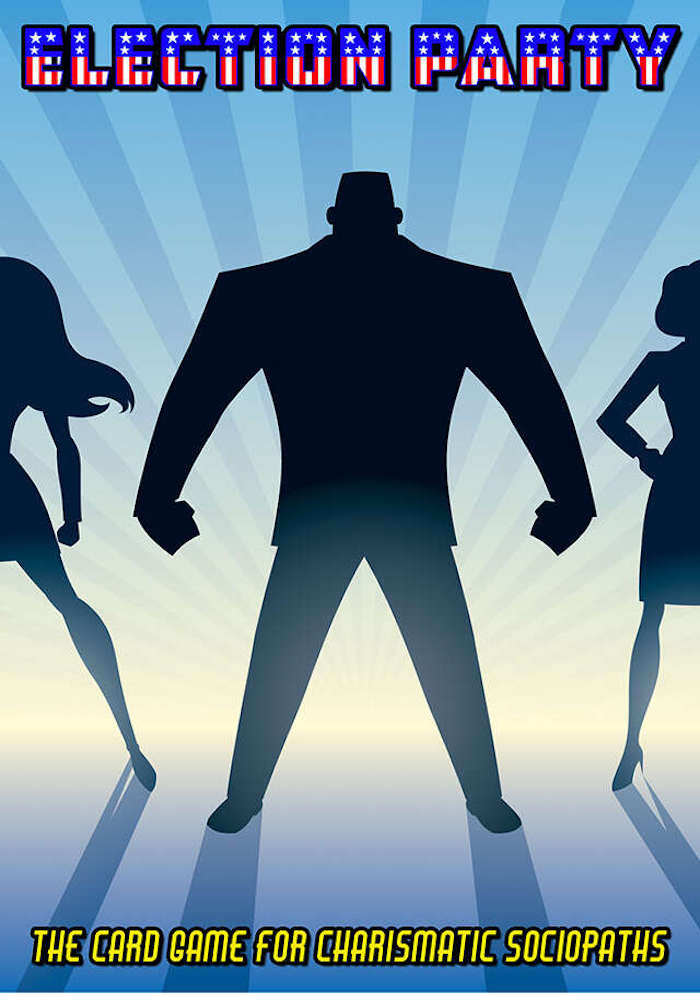 “The Card Game for Charismatic Sociopaths
Make Politics Fun Again
Play your part
Argue your platform
Survive your scandals
Win at democracy
10 CANDIDATE CARDS
With characters ranging to The Celebrity to the Social Justice Warrior to the Dull Moderate, these 10 Candidate Cards will assign you parts to play that will make you fight to be the best political candidate in the room. How will you get the most votes and win the hearts of the masses? Will you give the best speeches or become a punchline?
70 POlicy CARDS
Will you declare war on Mars? Expand drone warfare? Enact Fully Automated Luxury Communism? Ban the Internet? Whatever your Policy Cards are, you must argue them better than the other players. You may randomly pick a Policy Card. You also may have a Policy Card assigned to you out of cruelty. The rules may change, just like democracy.
20 SCANDAL CARDS
Is your political career over? It may be if you don’t have a good response to these Sandal Cards. Perhaps you straight-up murdered a guy. Maybe you had your nudes leaked. Maybe you said something offensive on Twitter a long time ago. You’re going to have to manipulate your way out of this one!”

I love gamest that force you to have good-natured arguments with your friends. While this isn’t strictly RPG related, the game looks fun and timely as we all struggle to find some humor in well…. everything. Beat your friends at democracy, declare yourself president of the house, annex their dining room. 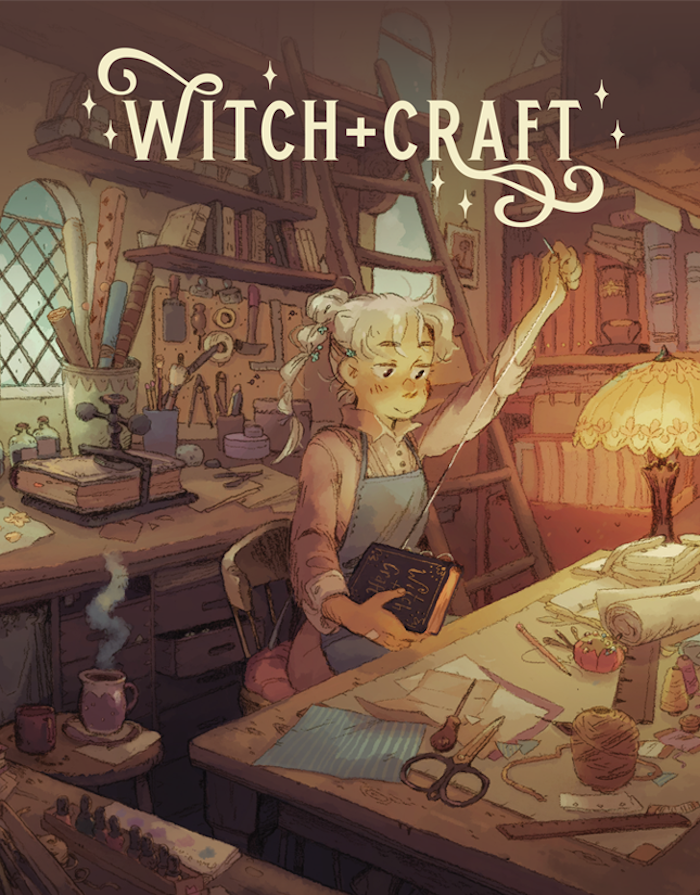 Featuring new magic items, spells, and a full adventure for low-level parties just coming into their power of making, this beautifully illustrated book will whisk you into a world of collaboration, self-care, joy, and creation.”

This looks so cute and relative to my specific interests. Do you want to play as a character who’s just as crafty as you are? Do you want a game focusing on creation and collaboration instead of the usual dungeon crawl? Every list needs a low-key option and I think everyone deserves to be the adorable craft-witch of their dreams. 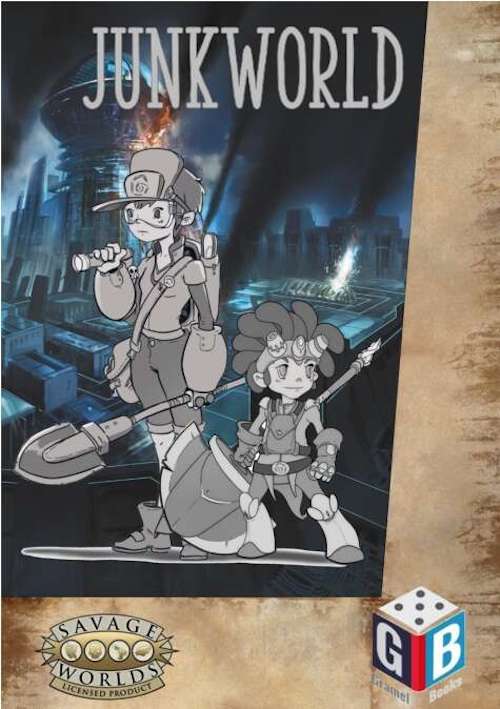 “There is a magical place in the universe where all your dreams come true… and there’s Junkworld. A small planetoid storing and recycling the sector’s trash… inhabited by various groups of robots, waiting for intrepid adventurers… or at least collectors.

Inspired by the classic cartoons and videogames, Junkworld is a mini-setting set on a space landfill… full of conflicted factions. It’s meant for short campaigns to inspire the players and GMs for their own adventures and filling the blanks with their own ideas.

Evade the organic-hating Queen Demolique or ally with small Pintle to defend the locals.

Discover the schemes of Mr. Roarke or the nefarious Jacksonites.

Protect the fragile ecosystems on this strange planetoid.

Find a handful of rules to make your Savage Worlds games more cartoonish.

Wall-E meets tabletop RPGs in this highly stylized Savage Worlds game. Junkworld is meant to feel nostalgic and cartoony while creating a world that’s has enough emotional weight to play a full game in. Real-life junk shouldn’t be fun, but TV always makes it look like it should be, and with Junkworld it actually is.

Which games are you picking up this week? Are any of my picks calling out to you? Maybe something else caught your eye all together. Let us know in the comments.