Many things have changed since the days of the World-That-Was. Come see the Saurus Sunblood, the hero that was once Gor-Rok the Great White Lizard.

Being a race of ancient dinosaur people, it makes sense that several Seraphon heroes are remnants of ancient legendary lords. The Saurus Sunblood is one notable example, or as he was once known in the Old World, Gor-Rok the Great White Lizard. Here’s what I think makes his new and improved generic form so fun to use on the tabletop. 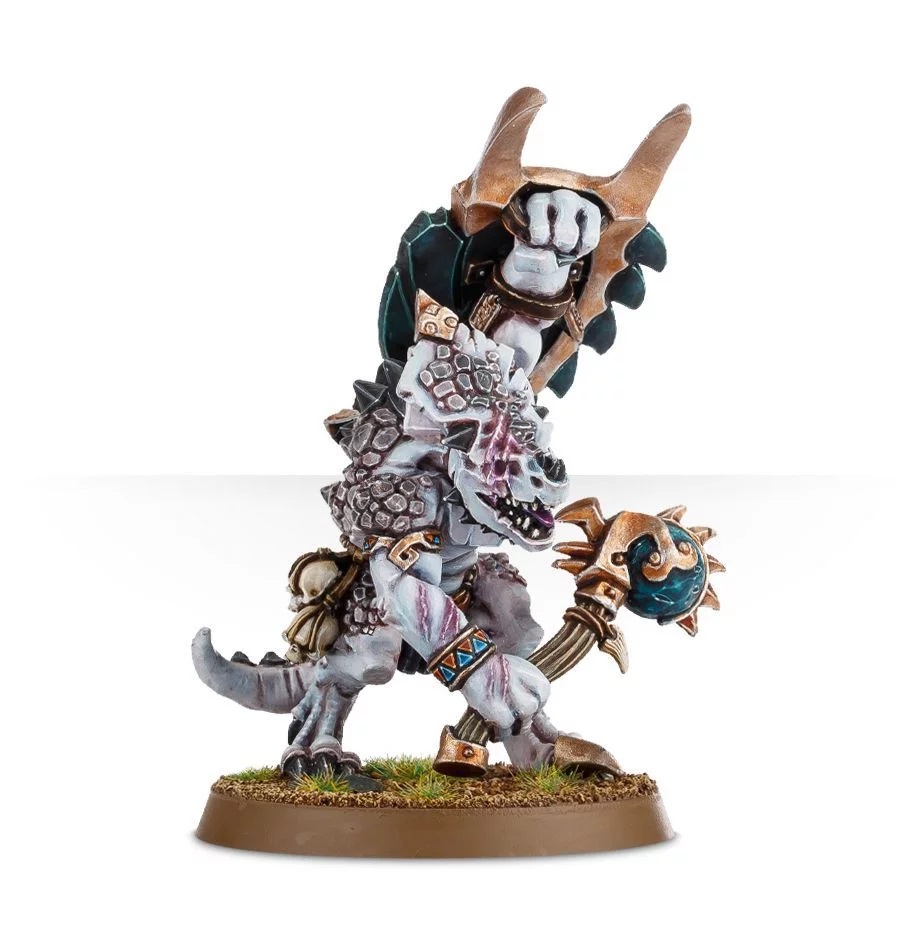 The Sunblood has fairly standard stats for a footslogging hero, with 7 wounds and a 5” movement. However, he has a fairly high save of 3+, meaning that he’s probably going to weather most small arms damage pointed his way. His attacks are staggeringly powerful, befitting a creature that was the largest of all Saurus, and his abilities make him a one-lizard wrecking ball.

He can attack with his teeth like all Saurus, giving him a single attack that hits on a 4+, wounds on a 3+, and deals a single damage with no Rend. However, his real power comes from his Celestite Warmace, his old signature weapon. With this weapon, he gets 6 attacks that hit and wound on a 3+, dealing 1 damage with Rend -1. While that might not sound extremely powerful, both attacks also benefit from his Primal Rage ability, meaning all his 6s to hit count as 2 hits instead of one. 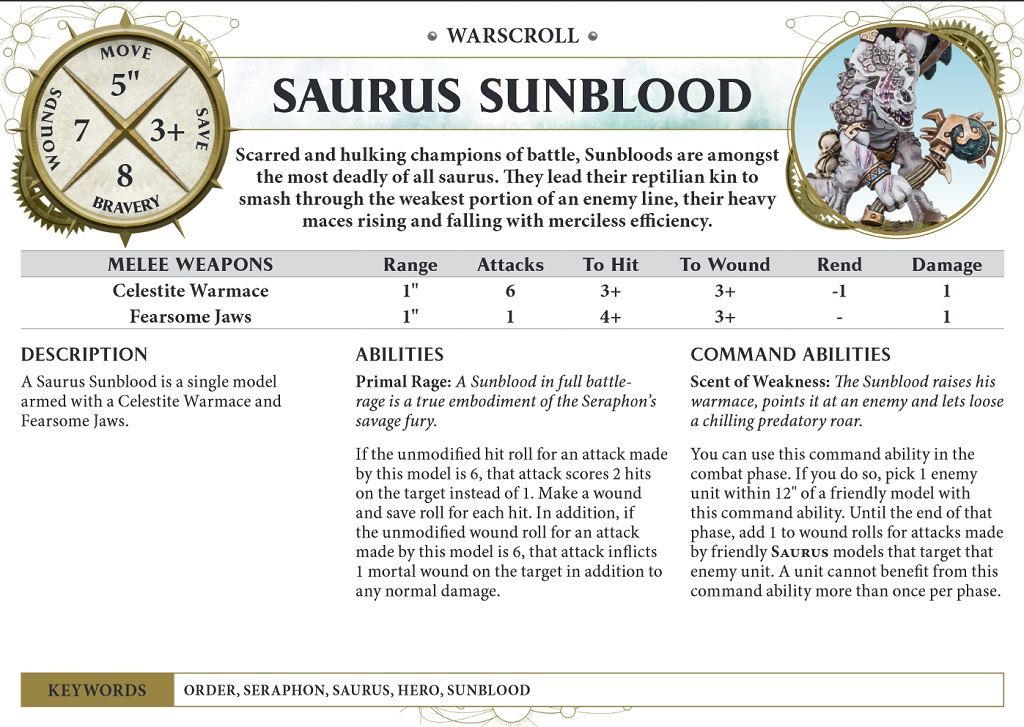 What’s more, should you roll a 6 to wound with any of his attacks, you get to deal a mortal wound in addition to regular damage. And if you’re feeling very malicious, you can equip him with the Eviscerating Blade artefact from the Koatl’s Claw constellation, meaning any 6s to hit with his chosen weapon also deal an additional 2 mortal wounds. And while he is mostly a damaging piece, he has a decent support ability with his Scent of Weakness, allowing him to pick an enemy unit within 12” and give all Saurus +1 to wound them. Combined with the other abilities of Saurus commanders and the abilities for the Koatl’s Claw constellation, you can make an army of Saurus feel almost Khornate with its power.

Do you include Sunbloods in your army?