AoS: Seraphon – The Starborne & The Coalesced 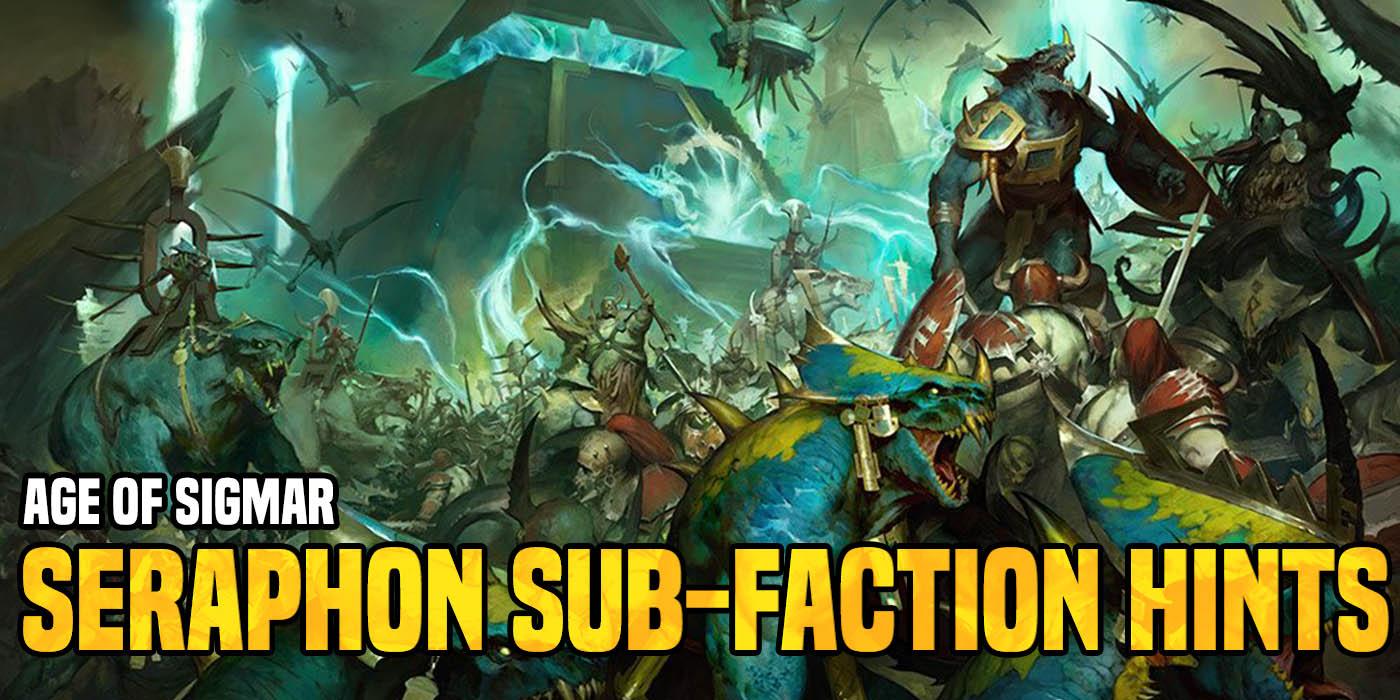 Games Workshop is bringing an update to the Serpahon and we’ve got some hints at their new Sub-factions!

It’s been a long time coming but the Seraphon are getting a new Battletome very soon! We’re stoked for the Lizardmen and can’t wait to see what GW has in store for the army. We know they are getting a new book and a new terrain piece for sure. Now we’ve got some hints at what else is to come.

Battletome: Seraphon is an essential guide for fans of these star-faring lizards. This book finally settles the debate: are they funky space ghosts or even funkier reptilian people?

Turns out the answer is…both? 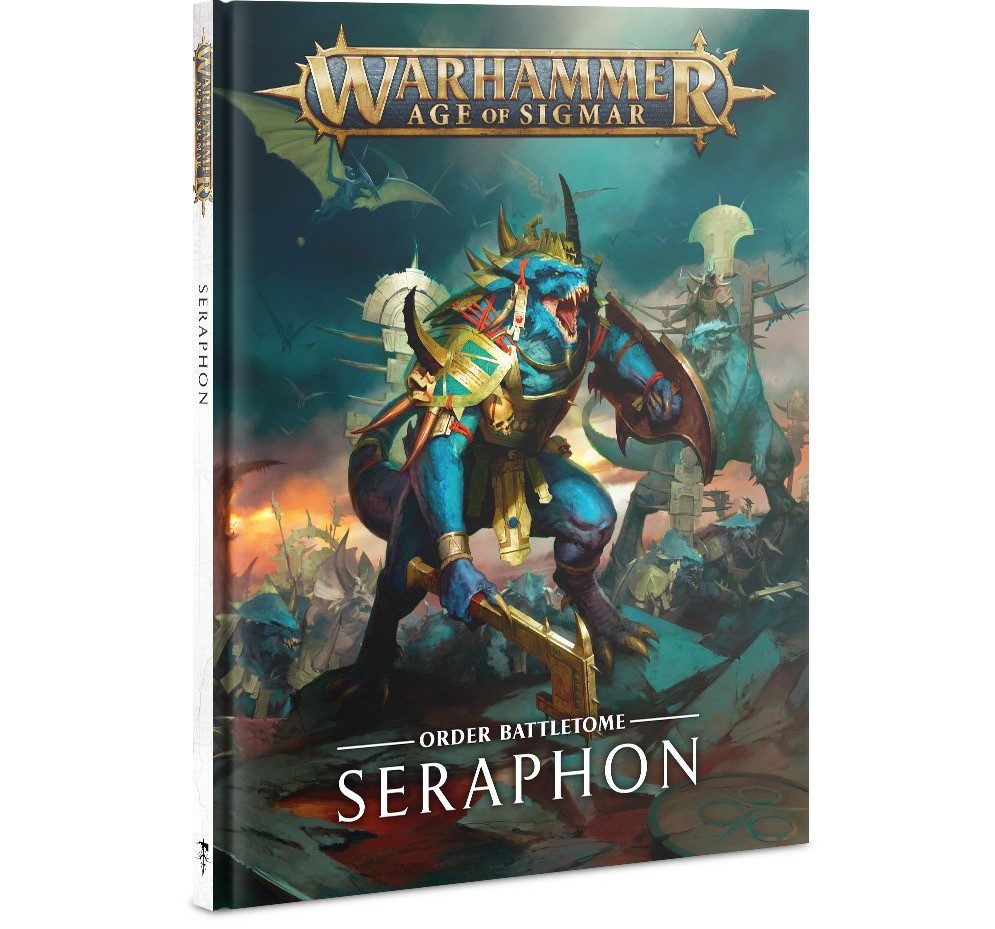 It sounds like Games Workshop is going back in an filling in some of the blanks of the lizardmen’s story. Ever since the End Times we’ve all been wondering what the heck has been going on with the Seraphon. We won’t go into all there here, but just know we’re finally getting a little bit of insight into that mystery. What we do know from GW is that Seraphon have been hanging out in their cosmic temple-ships in Azyr. These are The Starborne:

The cosmic vessels of the Seraphon now dwell in Azyr, traversing the upper reaches of this realm as a kind of vast floating city. Inside, new warriors are created in vast spawning pools while tropical jungles provide a home away from home for the cold-blooded Seraphon. Seraphon are, fundamentally, creatures of flesh and blood, but are suffused in the magic of Azyr.

Those that dwell in the Realm of the Heavens often appear to be creatures of pure energy to the people of the realms, teleporting into battle from their ships seemingly by the will of their Starmasters. Known as the Starborne, these creatures wield strange and celestial powers – but they are not the only Seraphon in the world. 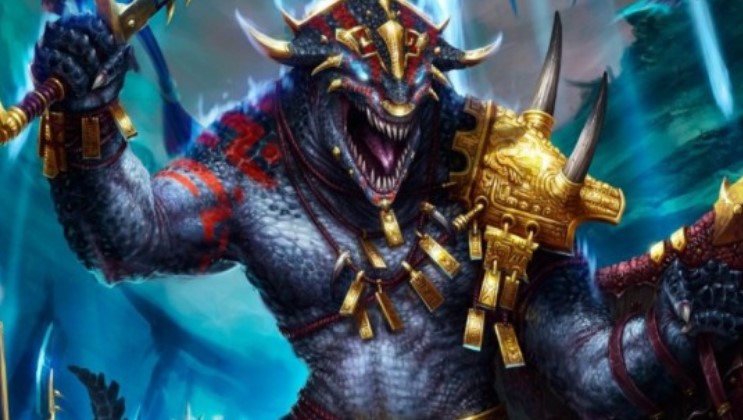 Now, if you’ve been playing Seraphon in AoS or have played against them, then you probably have faced off against a Slann backed up by stuff with a seemingly endless pool of summonable skinks. Not that there’s anything wrong with that playstyle – those are just the tools the Seraphon had at their disposal.

These Starborne sound like they are in that similar vein. They are the Seraphon who are infused with the magic of Azyr and they are going to (probably) be pretty heavy on the teleporting/summoning/magic side of the house. 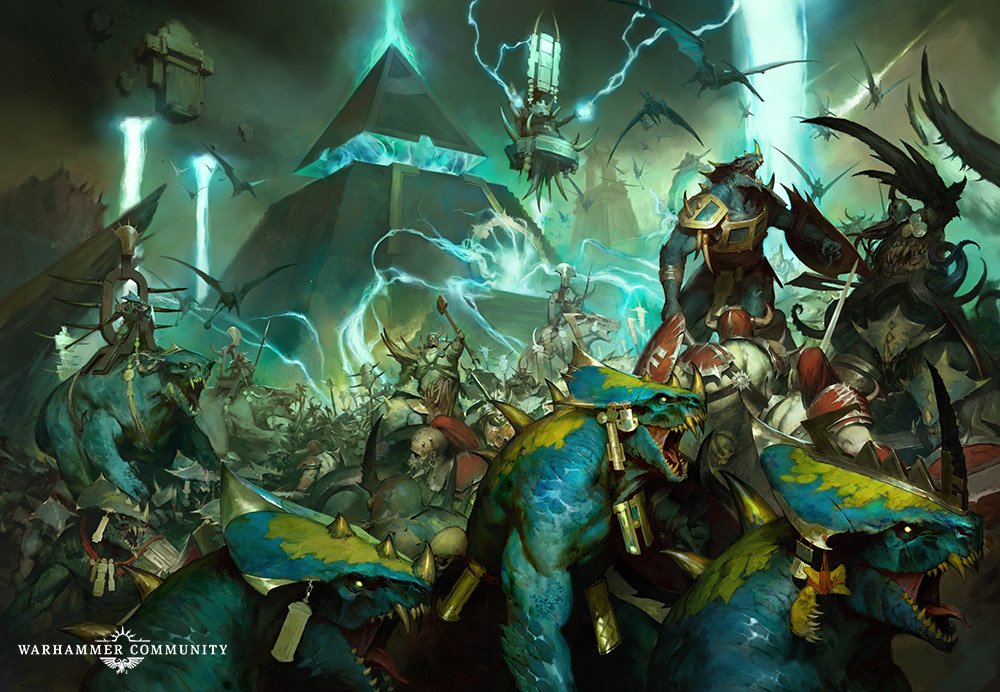 But there have been groups of Seraphon who have moved and migrated throughout the Mortal Realms. Using their Realmshaper Engines, they have transformed these places into lush jungles reminiscent of their long-lost homes. These Lizardmen have started to gain more of their “true permanence” and have started to show signs of their “primeval fury” once again. These Seraphon are known as The Coalesced.

While we don’t have much else to go on (yet) – you can bet they are going to get a whole new way to play. GW has already hinted at a way to play an entire army of Stegadons! 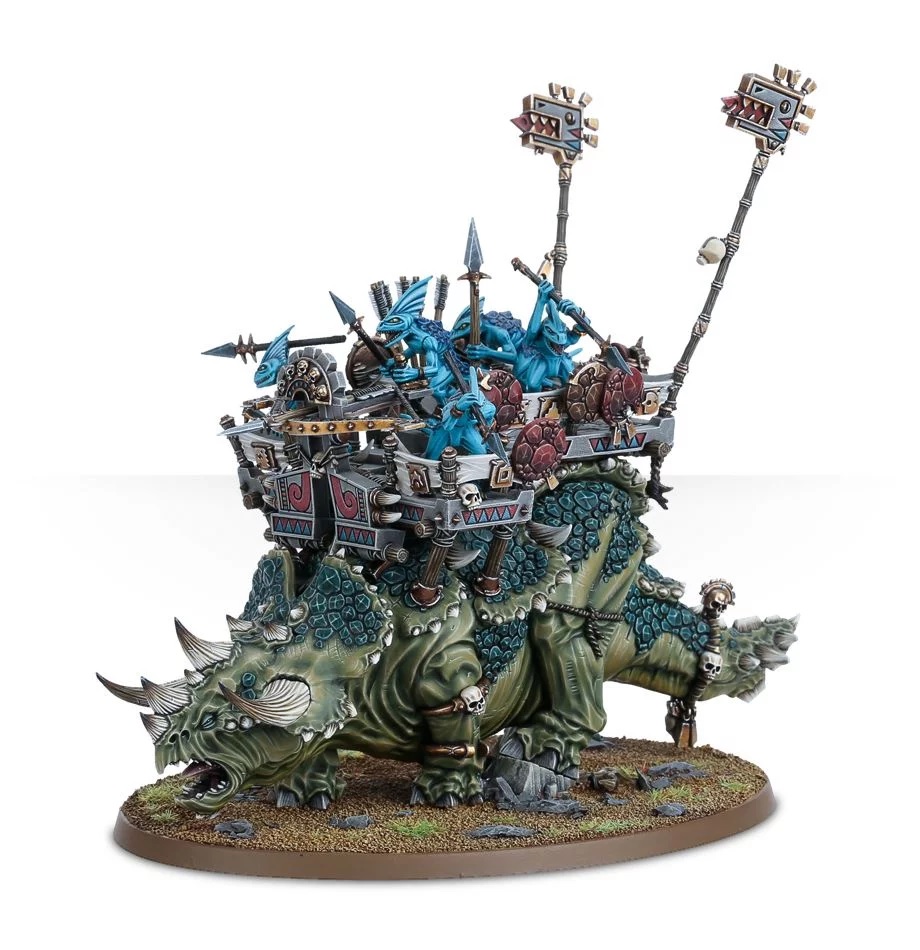 This is an interesting split for the Seraphon and we’re looking forward to how GW is going to implement these rules. Rumors are already circulating that the Saurus are going to be improved and worth taking as well…something about 6s to hit count as 2 hits. It’s going to be good!

What do you think of the Starborne and the Coalesced? Are you excited about the new Seraphon book?