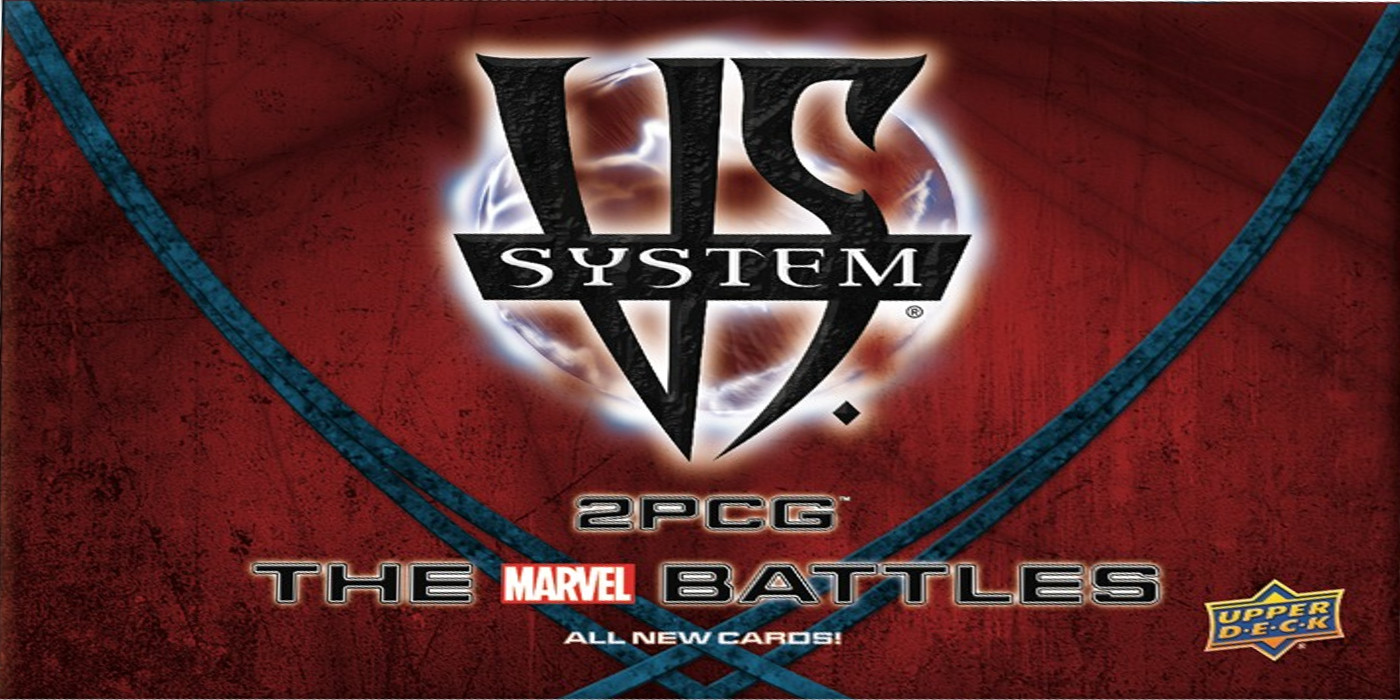 With plenty of cards and different universes to combine, you can now build those crossover mashup teams you’ve always dreamed about.

Upper Deck’s VS System 2PCG is a competitive card game akin to other LCGs you may have played before. The objective of either player is to defeat the other player’s Main Character. They do this through playing Supporting Characters to do the fighting and Plot Twists for one-time effects. 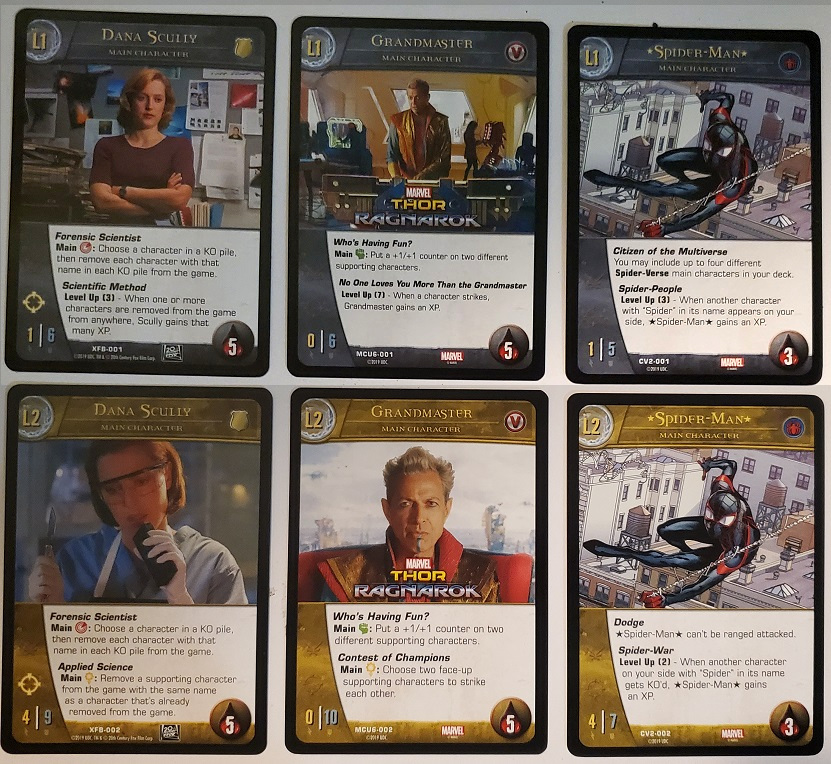 VS System 2PCG is comes in packages of cards which will allow players to build their own decks. While building their deck, players should keep in mind if they want to build their deck to a certain team. Cards in VS System 2PCG have a team affiliation. While there is no limitation on which teams’ cards you can have in your deck, most cards work best when played in conjunction with their own team. 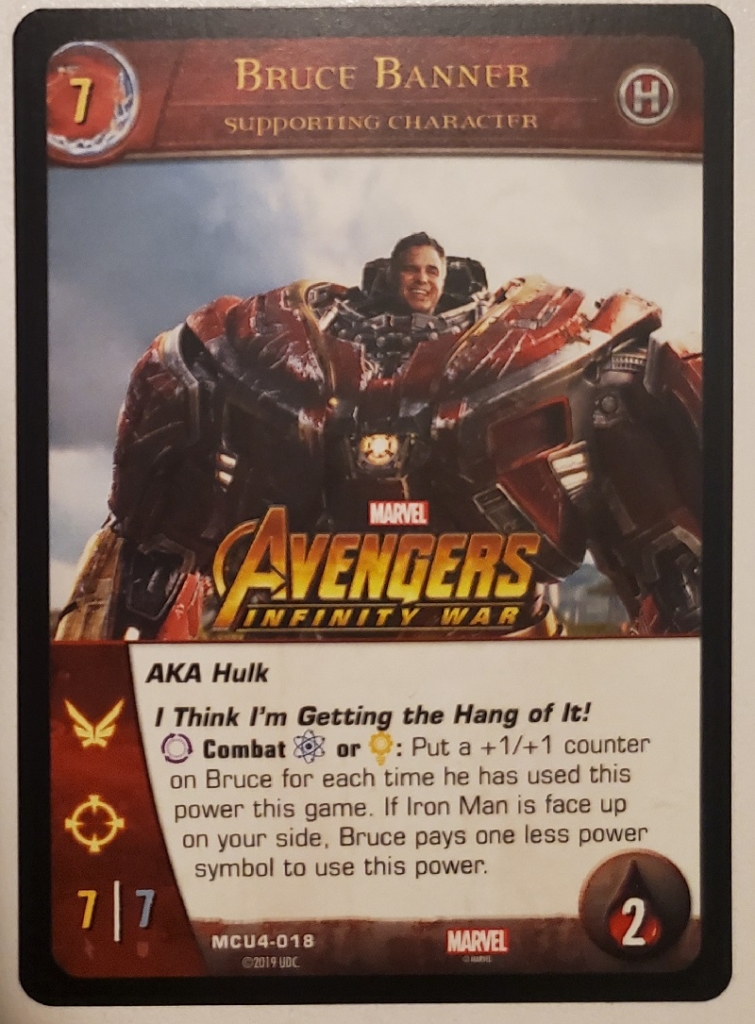 During each player’s turn, they may choose to play any card in their hand facedown or any Location card face up. In either case, the card becomes a Resource and is used to pay the costs of cards in hand. Playing a Location face up gives access to the symbol on the card, which are used to activate certain card effects.

Next, in the Recruit step, the player may play cards from their hand if they have enough Resource points to pay for the cards cost, in the upper left of the card.

Then combat begins. VS System 2PCG uses a 2 two combat system. Characters can be in the front row or the back row. Characters in the back row can not be attacked if there are any characters in their front row, and can not attack, unless they have a ranged attack option. The attacking Character chooses which defending Character to attack and both strike each other at the same time. If the ATK of either is at least equal to the DEF of the other, this causes that Character to be stunned and wounded. Stunned Characters recover at the start of the next turn. If a Character has as many wounds as their Health, they are KO’d. Reminder that the goal of each player is to KO their opponent’s Main Character.

The main appeal of VS System 2PCG is the deck building aspect. The game has many different Characters and teams, each with a different style and gameplay mechanics. It’s a nice streamlined game which offers lots of replayability even with a single box. 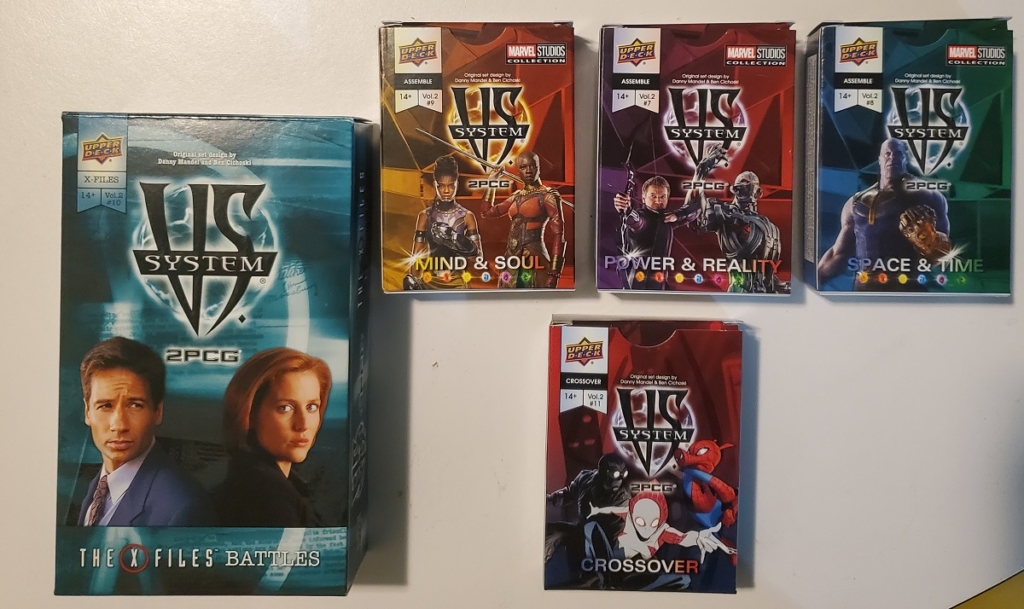 The Vs. System 2PCG® is a card game where 2-4 players each build a deck of Characters, Plot Twists, and Locations, and try to knock out their opponents. Each Vs. System set comes with a full playset of cards so you’ll have everything you need to play the full game right out of the box. If you never played the original Vs. System, don’t worry: You’ll pick it up fast. And If you’ve played original Vs. you’ll find that some parts of the game have been streamlined or changed in order to make it easier to learn, faster to play, and more fun to battle.