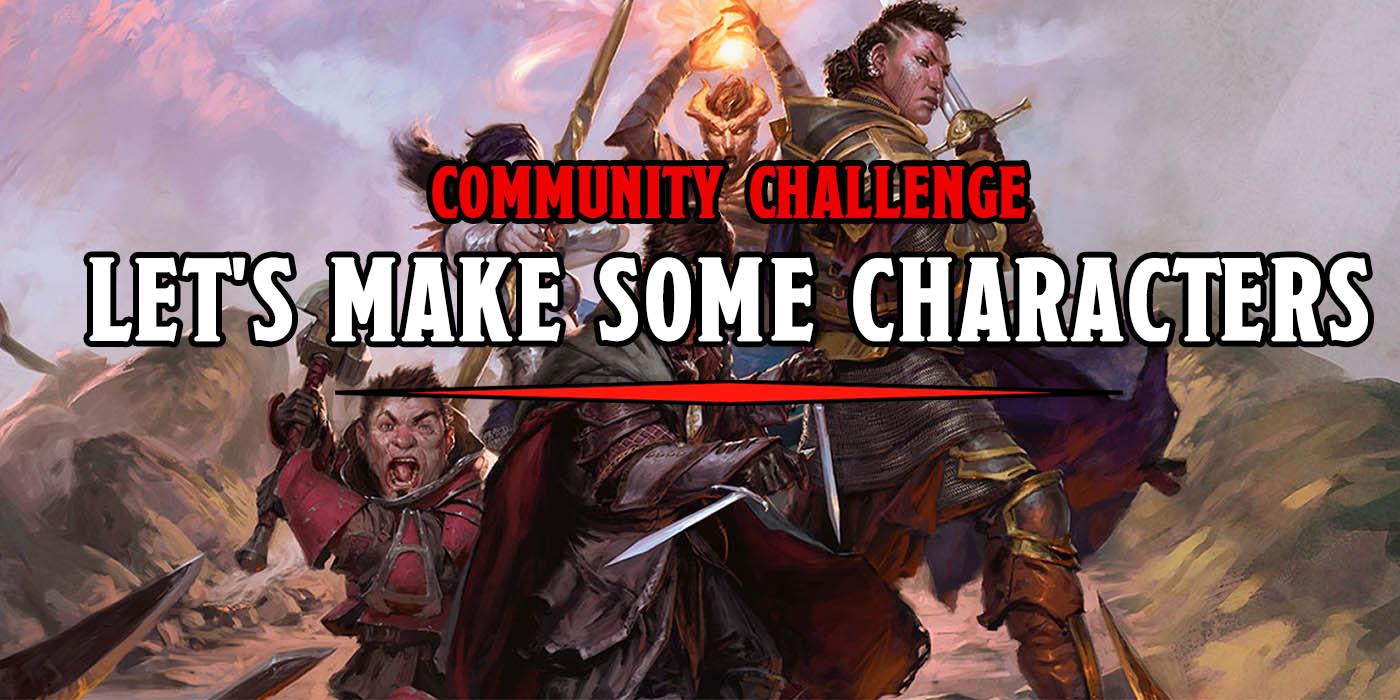 Join us in a D&D community challenge to make the most laugh-out-loud ridiculous character.

Lots of us are cooped up right now, either by choice in an effort to flatten the curve, or because we have to be, and for us indoor kids this is some primo tabletop RPG time. I talked my family, who usually all have wildly conflicting schedules, into all sitting down at their various computers at the same time so we can play together from our three different states and two different time zones.

The GM for my ongoing campaign is spending most of today researching which video chat option he likes best so our game can continue because “he doesn’t have anything else to do.” I might actually finish a fifth video game in my entire life! I went on a bit of a tangent, but the point is many of us suddenly have time, and that’s the perfect excuse to play with creating new characters.

I often get stuck in a bit of a character creation rut, playing the same couple of concepts over and over or borrowing entire character’s from other pieces of media to work into my game AU-fanfiction style. It’s not lack of creativity as much as not having a backlog of fun character concepts to play with and the sudden and inconvenient ability to draw a total blank when put on the spot with a character sheet. Maybe you’re in a similar spot as me, maybe you’re great at making very unique and dynamic characters. Either way, what an opportunity we have to flex those creative muscles right now!

Real actual photograph of me trying to keep myself entertained today.

In the spirit of that, we wanted to get all of you involved in a little community challenge to make the most creative and maybe a little bonkers D&D character. Here are the guidelines:

You don’t need to send in full character sheets or stats, but let us know the important stuff. I don’t need a full spell list, but if they’re a wizard who uses magic missile for everything from monster hunting to grocery shopping, definitely let us know.

Here’s an example:
Human Bard, Level 1
Str: 10   Dex: 10   Con:  17   Int:   15   Wis:   12   Cha: 17
You’re sure he has other spells but he only ever seem to cast Vicious Mockery and Tasha’s Hideous Laughter, and one time you woke up early and heard him casting Disguise Self. After a little snooping and waking up especially early you discover he’s actually two kids in a large cloak. 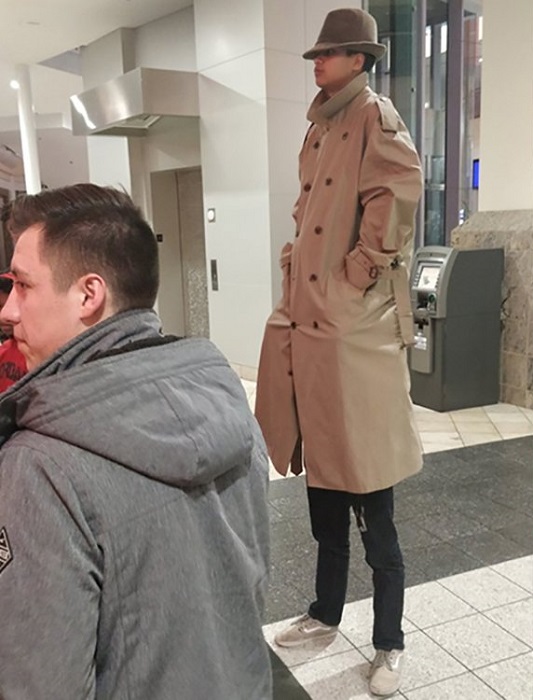 To join in the fun just leave a comment on this post. If you do have a character sheet (or art!) that you’d like to send in, you can email me at [email protected] We’re going to post our favorite(s) next week, so definitely check back in.

Do you think you have the funniest, weirdest, or most dynamic character in mind? Let us know in the comments!