D&D: Forgotten Realms’ Creator Is Working On A New Sourcebook 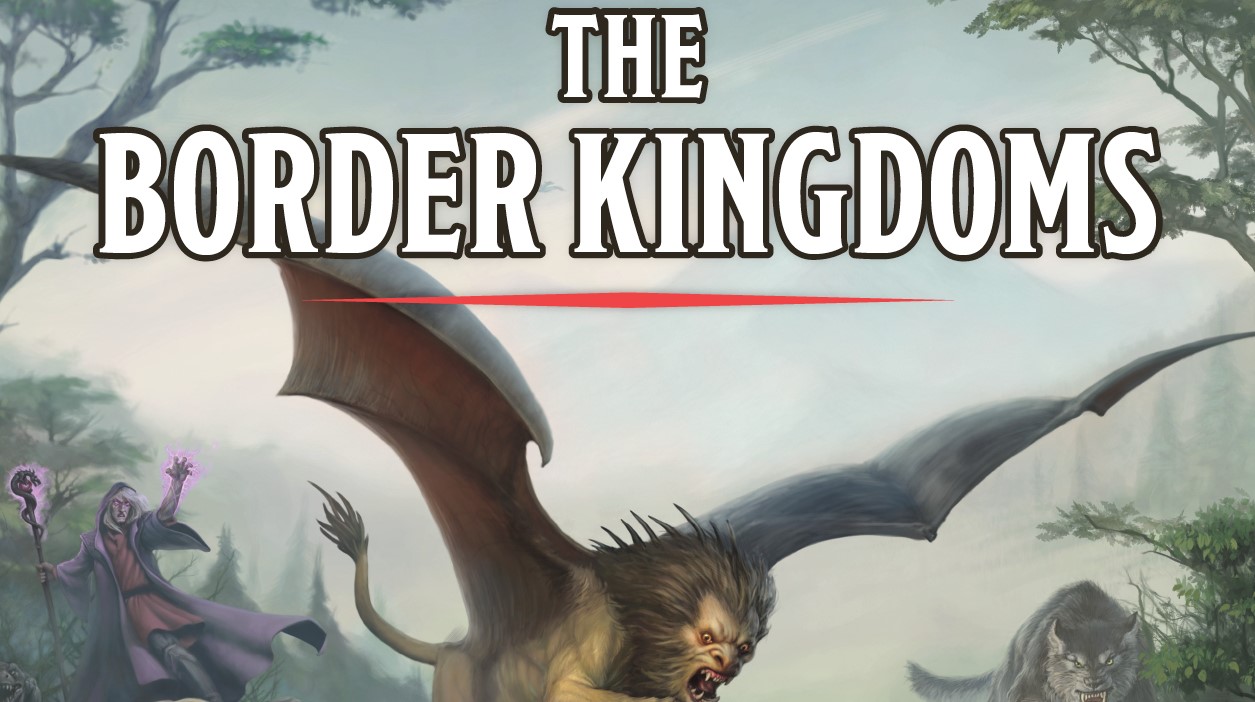 Ed Greenwood, creator of the Forgotten Realms, is hard at work on a brand new sourcebook for Faerun’s Border Kingdoms meant for Adventurer’s League play.

More and more D&D books are in the works these days it seems. A recent announcement reveals that Ed Greenwood, author of the Forgotten Realms, D&D’s #1 campaign setting, is currently working up a new sourcebook, tentatively titled The Border Kingdoms aimed at expanding the Border Kingdoms region of Faerun. 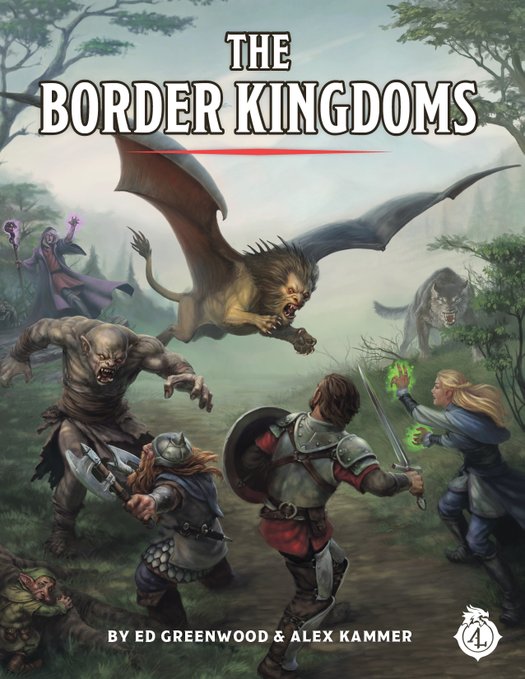 The new book has no official release date, but according to the announcement from Alex Kammer (who isalso working on the book and one of the owners of True Dungeon), it will feature 11 new character backgrounds in addition to all the lore and setting details you’d expect from a region-centric book.

A little project that @TheEdVerse and I have been working on – a brand new Border Kingdoms source book and every bit of it Adventure's League legal. A brand new map by @schley, 11 new character backgrounds, tons of lore, a ridiculous amount of new art. Coming to the DMG soon! pic.twitter.com/cfnRWlD0TE

If you’re unfamiliar with the regions, here’s a breakdown of where and what they are. 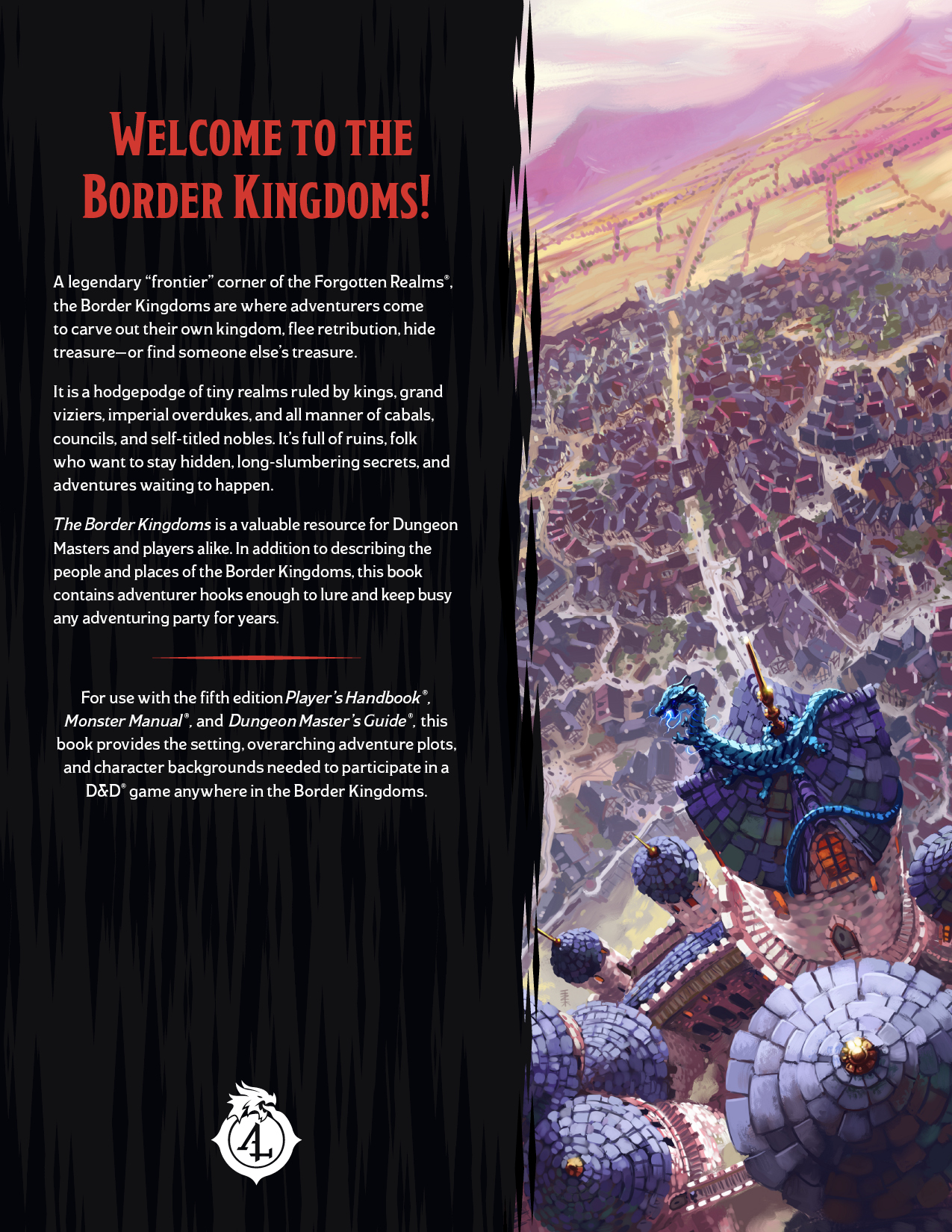 The Border Kingdoms are in South Central part of Faerun, near the Lake of Steam and the Shaar. The Border Kingdoms, as the name implies, aren’t a single kingdom–they are a collection of many smaller principalities, kingdoms, citiy-states and so on, who exist in a constant state of instability. 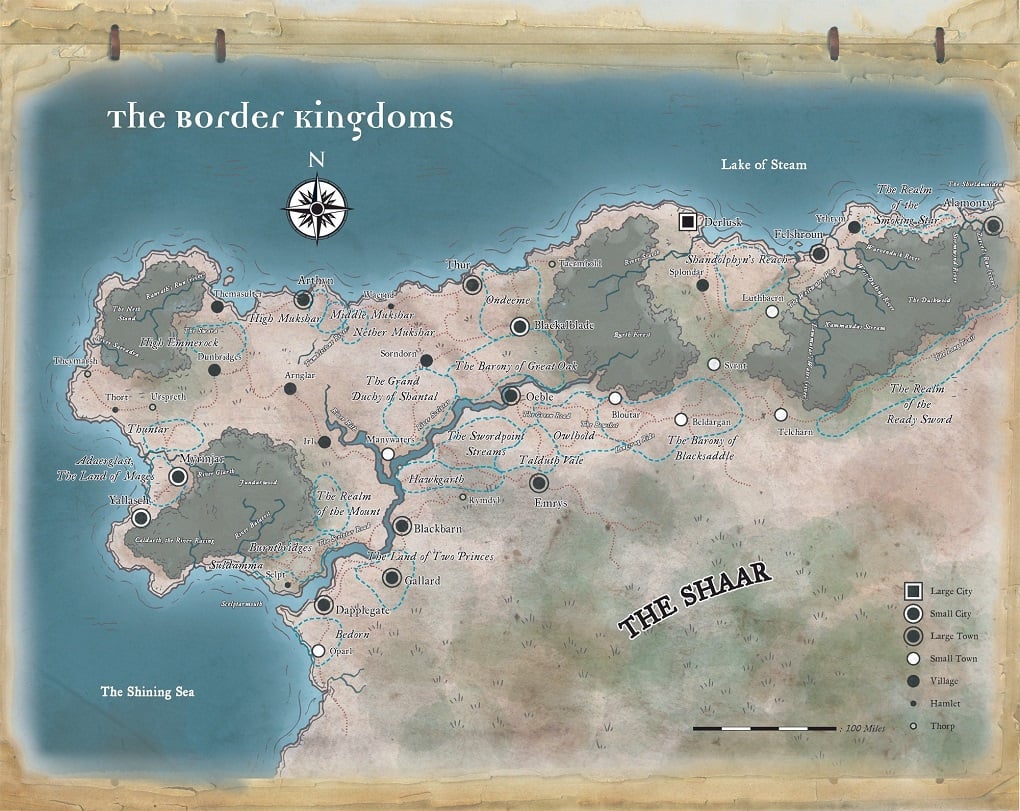 The Border Kingdoms have no permanent borders (as they change anytime a warlord or adventurer with dreams of starting their own kingdom sweeps through) but are generally agreed upon as the region Northwest of the Shaar, and their coastline sweeps westward across the Shining Sea. The land is fertile, crops grow easily in the grassy lowlands, and mild winters make it easy on most.

Find out exactly what kind you can expect to see in this sourcebook, coming later to an Adventurer’s League campaign near you.