D&D: Looking To Do Some Crafting? Five Exotic Components And Where To Find Them

Crafting magical items is a staple of D&D–this is still true in 5th Edition, if you can get the right ingredients. Here are a few suggestions to get you started.

There comes a point in just about every D&D campaign where the players inevitably want to create their own gear. This has been a staple of D&D, and it’s one of those things where a ton of video games do it, but one of the big reasons they do is because of D&D’s influence on the games, so it’s this Oroborous of inspiration that references itself. Where the idea comes from doesn’t matter–but how you manage to accomplish that in your games does.

In 5th Edition, one of the ways that players can accomplish this is through downtime. There’s an activity in Xanathar’s Guide to Everything dedicated to crafting powerful items. And while we’re not going to in-depth in that (right now) one of the things that your activity might require is an exotic component. 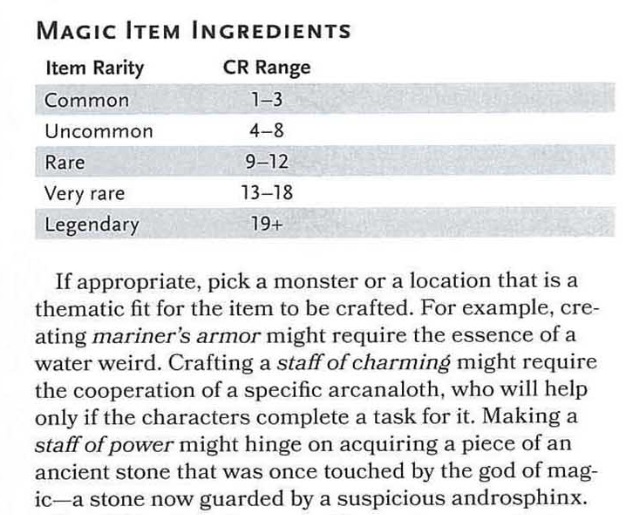 Creating a magic item requires more than just time, effort, and materials. It is a long-term process that involves one or more adventures to track down rare materials and the lore needed to create the item.

An item invariably requires an exotic material to complete it. This material can range from the skin of a yeti to a vial of water taken from a whirlpool on the Elemental Plane of Water. Finding that material should take place as part of an adventure.

Now, I like this system. It requires you to play the game and have a reason to go on your own adventures (or to have an NPC who’s doing the crafting send party members on an adventure to create the item for them), but it gives only a few brief guidelines about what exotic components are. Here are five exotic components and what they might  be used for.

The Heart of a Fallen Star 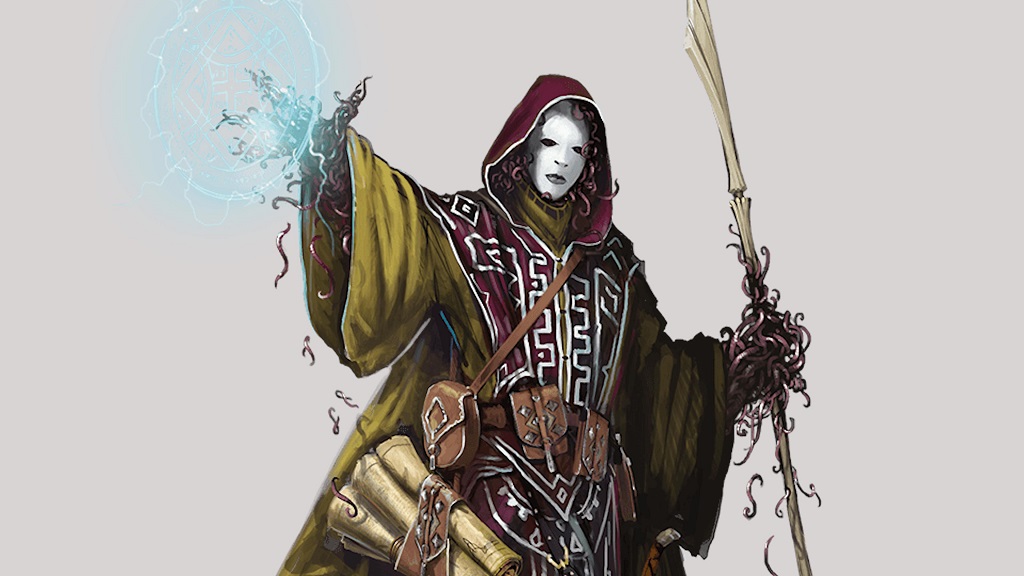 Creating a powerful item that deals with radiant energy might require the heart of a fallen star. Players can use their Nature or History skills to try and figure out when the next starfall/meteor shower is due to hit. Or you can signal an adventure with a massive falling star blazing across the sky.

I prefer to start with a star that fell a long time ago, and whose effects have been slowly transforming the area around it over hundreds if not thousands of years. The lump of alien metal itself might be in a crater surrounded by terrain straight out of the Far Realm. It might be guarded by Starspawn and players will have to risk their minds as well as their bodies to grab it. Especially if there are a bunch of Far Realm cultists or whatever that venerate the fallen star. 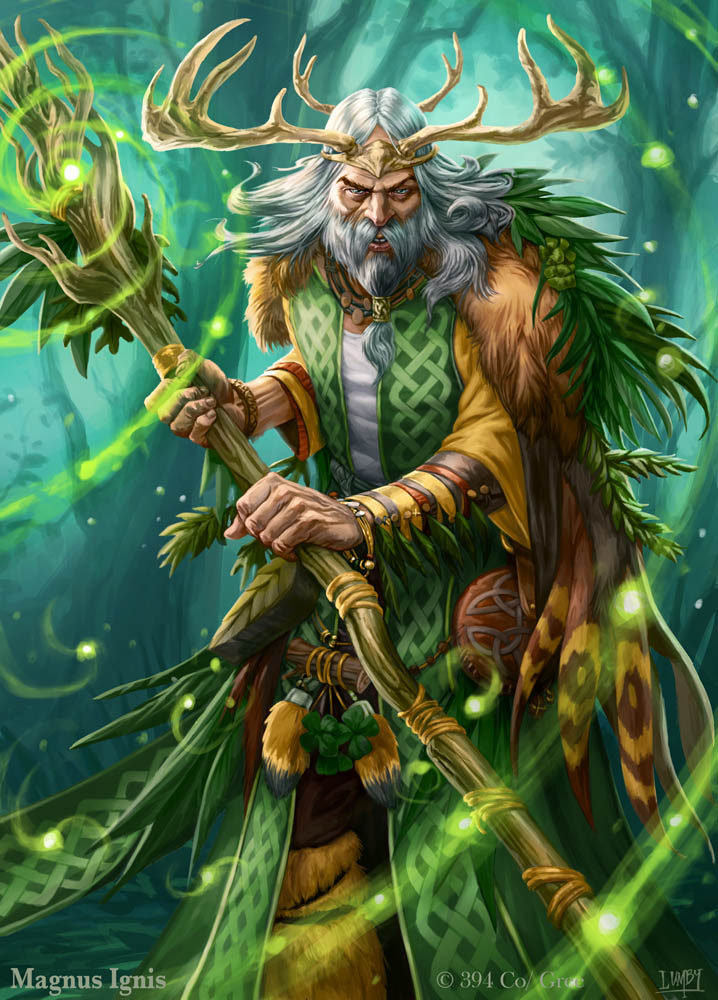 This isn’t so much a specific component as it is a category you can freely dip into for elemental themed items. Exotic components should be a challenge, both in terms of facing monsters, but tracking down. So task your players with finding things like:

There are plenty of variations on this–but the secret here is to conjure up a feeling that is tied strongly to one of the seasons. I’ve used some examples here, but for best results use something that you know your players associate with one of the seasons. Especially if they have to wait for a season (or travel the world to where the seasons is happening now) it’ll add to the sense of triumph when they finally build that item.

Hooked on a Feeling

You could also require that players find a way to get a specific memory or dream from a creature. The component could be something like a Unicorn’s Sorrow, and then they’d have to go find a Unicorn and convince it to give up some of its sorrow, perhaps by healing it of whatever trauma a hurtful memory did. Or helping it out somehow.

It’s up to you to figure out what a Unicorn’s Sorrow might look like. But if that isn’t doing it for you, pick a monster, pick a strong emotion and you’re good to go. We can do a million of these.

The real treasure is the friends you’ll make along the way. 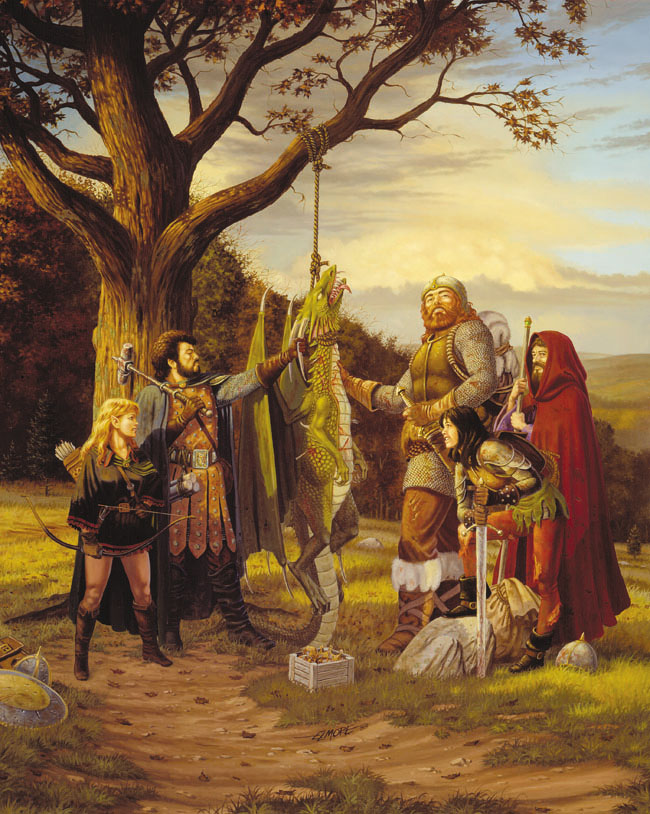 Perhaps a magic item requires experience–now hang on, those of you having third edition flashbacks–I don’t mean forking over your hard-earned XP. But a magic item might require a very specific experience to finish creating. This could be something like forging a powerful weapon and tempering it in the heart of a volcano, or exposing a magical rod to a bolt of lightning from the elemental plane of air. Which is also a great way to end up hospitalized and unable to be near elementary schools.

But the point is you can require the exotic component to be a specific action the players have to take. Maybe they have to slay a powerful foe and bathe it in their blood (for evil items) or have to redeem a hated foe (for merciful items). Think about the item’s purpose and then come up with a legendary activity that might be related to it.

Finally, don’t be afraid to get real personal with your exotic components. If you want item crafting to have a personal touch, require something personal. A good way to indicate that creating powerful magic items isn’t just as simple as being a high-enough level wizard is to have it cost something personal. Now I don’t mean anything mechanical necessarily–but if you require something that doesn’t affect the character but that your player might find personally costly it can be interesting.

Real personal, character-driven stuff that can be used for dramatic tension. Obviously, make sure your players are okay with this. Not everyone wants to give up their character’s ability to smell pizza in order to craft a wand of fireballs–but if you can dig in, you might find some great depth here.

Anyway, keep these components in mind the next time your players want to make some magic items.