Necromunda has a new chef in town and a new Hired Gun Collection, too! 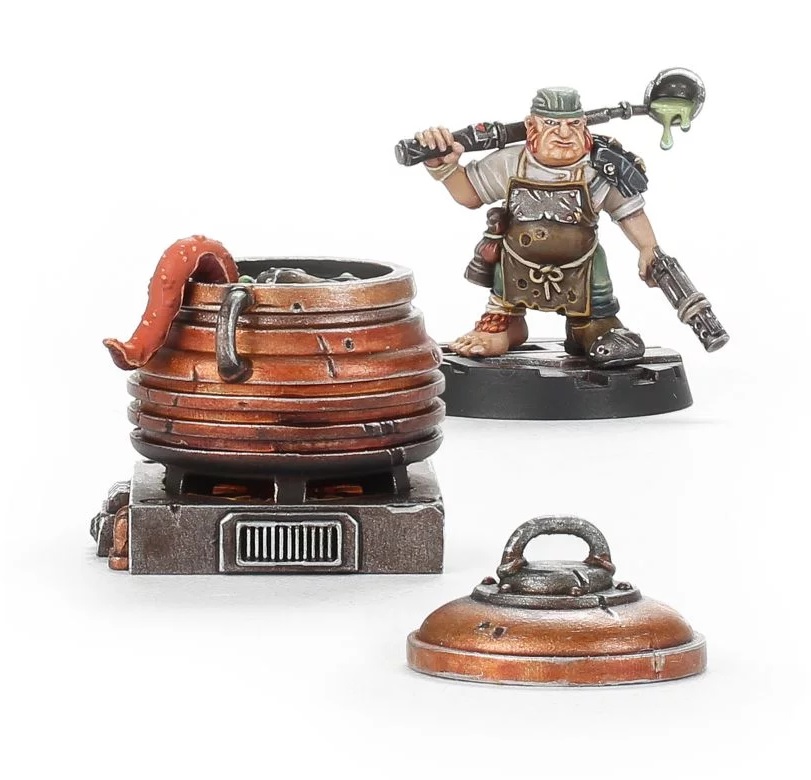 Unlike most sloppers, who pass themselves off as culinary experts just because they know how to siphon a water still, Bigby can actually cook. This has put him in high demand, although the price for hiring Bigby is often joining him on one of his legendary (and dangerous) ingredient hunts. The Ratling delves deep into the badzones of the underhive in his search for exotic plants and animals to fill his slop pot. Some say he is merely looking to add new recipes to his repertoire, though others claim he seeks to create the perfect dish, one good enough to win his way into the spire. 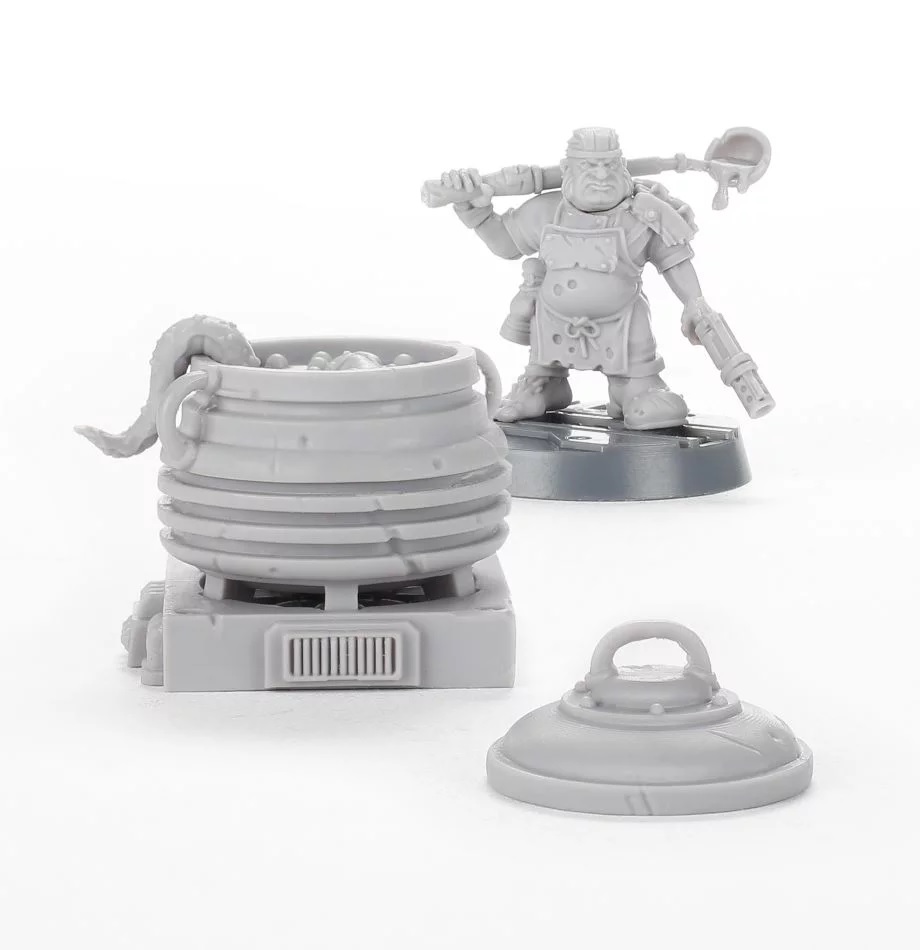 A well-fed gang is a happy gang! Keep your fighters fit and healthy with a Ratling slopper who can also help out in turf wars with his stub gun and trusty ladle. He comes with a seperate slop pot, which stands on top of the grill and contains his latest culinary creation. 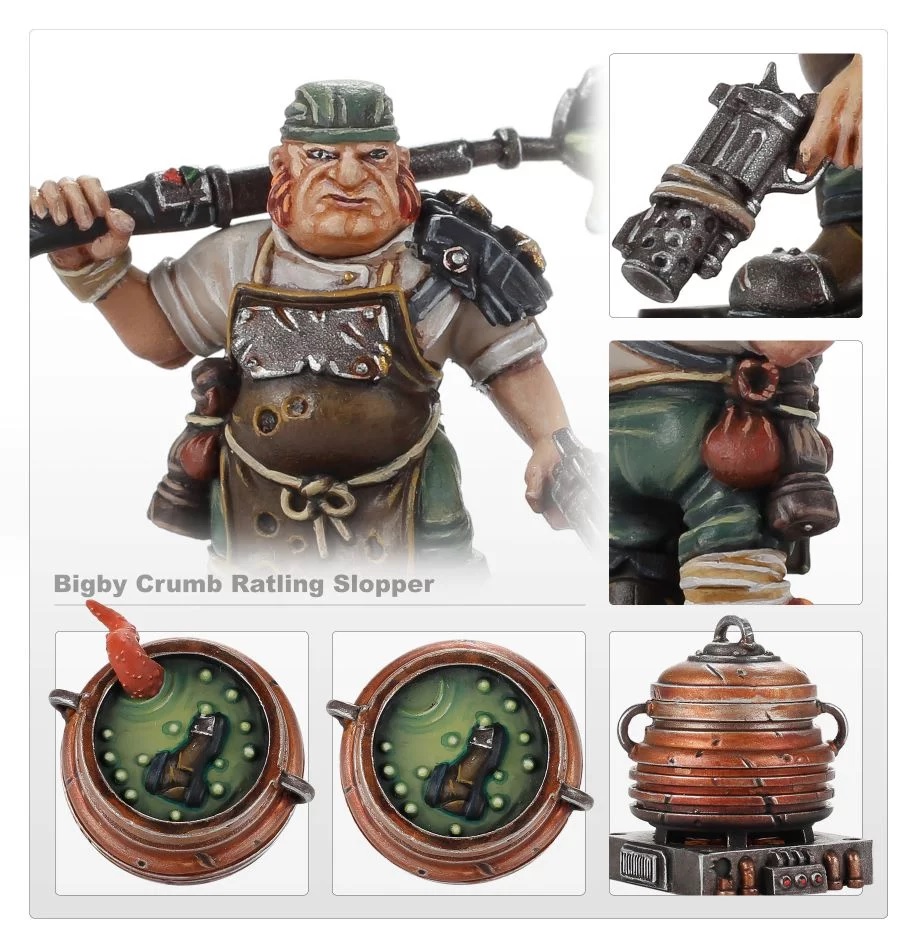 This highly detailed, 9-part resin kit makes one Bigby Crumb and is supplied with a 25mm Necromunda base. His slop pot can be assembled closed, open with the lid held up by a tentacle or without the lid so that you can see the boot he has added to improve the flavour.

Rules for using sloppers in games of Necromunda can be found in Necromunda: Gangs of the Underhive, while Bigby Crumb’s fighter card is available as a PDF download. 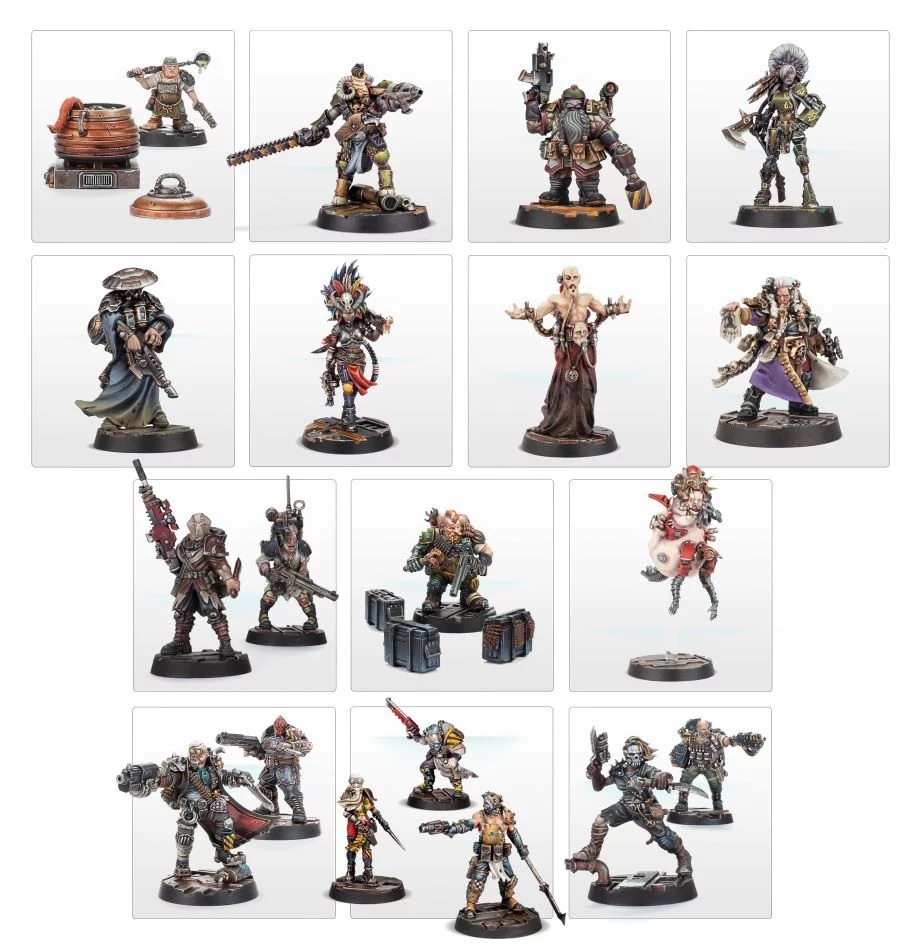 In the darkness of the underhive, House gangs need all the help that they can get and many will resort to recruiting Hired Guns. These drifters can take many forms from Bounty Hunters to Underhive Scum and include fighters known across Necromunda.

Give your gang a helping hand with these 19 Hired Guns and Hangers On. Whatever problems you’re having in the underhive, they’ll be able to solve them.

Ammo-jack & Dome Runner
Keep shooting and find the best loot with these Hangers On.

Belladonna, Bounty Hunter
This former noble will help you reap revenge in the underhive.

Grendl Grendlsen, Squat Bounty Hunter
What he lacks in height, he makes up for in killing power.

Kria the Huntress, House Escher Bounty Hunter
Stalk your prey through the underhive.

Thaetos 23-2, Wyrdlock Bounty Hunter
Terrify those who oppose you with gouts of warpfire.

Yar Umbra & the Deserter
Add long-range fire support and experience to your gang.