RPG: New This Week on DriveThru RPG and DM’s Guild 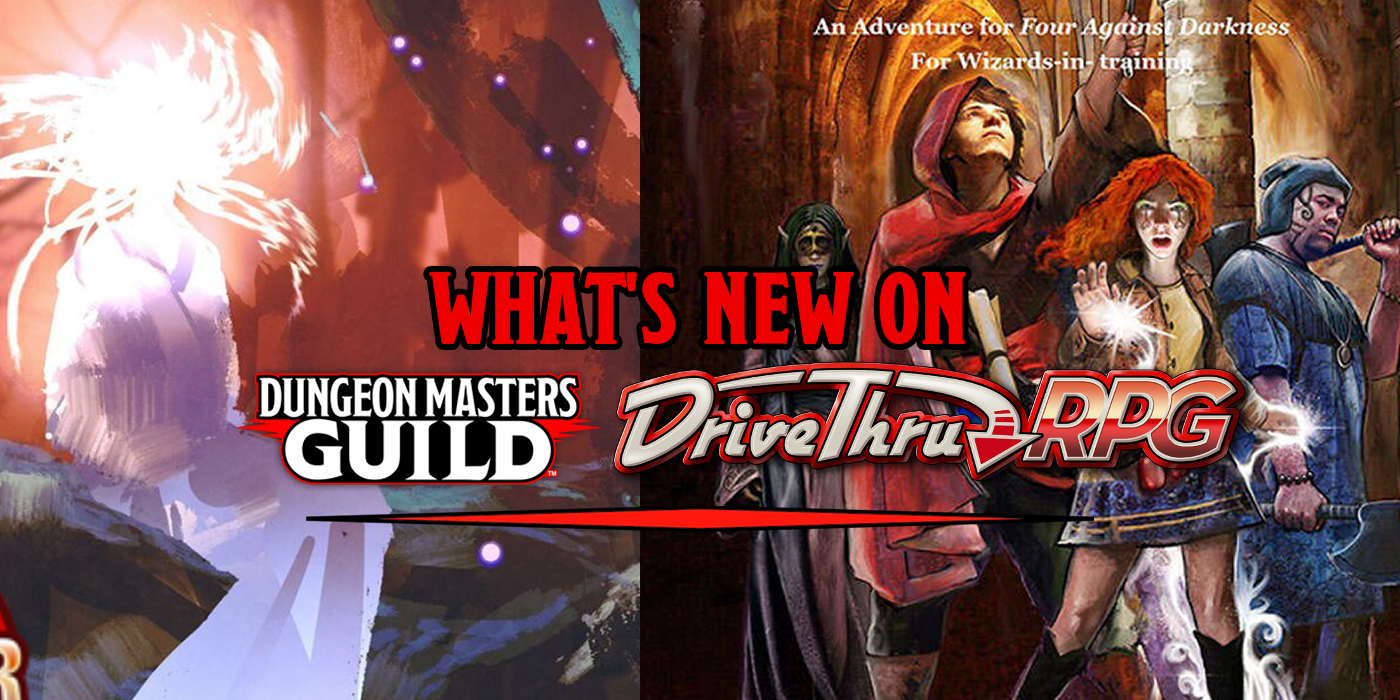 We’re going to the county fair, wizard school, and ghost hunting as we take a look at what’s new on DM’s Guild and DriveThru RPG this week.

As we transition into week 2 of working from home here at the Bell of Lost Souls, there’s a ton of stuff still rolling out to help keep you occupied and to keep your family from tearing itself apart, Lisa. We can’t help you if you’re Nicholas Cage, you have problems all your own, not the least of which is being Nicholas Cage. But on the off chance that you’re not Nicholas Cage, here’s a batch of new adventures that are perfectly suited to making your next tabletop trek memorable. 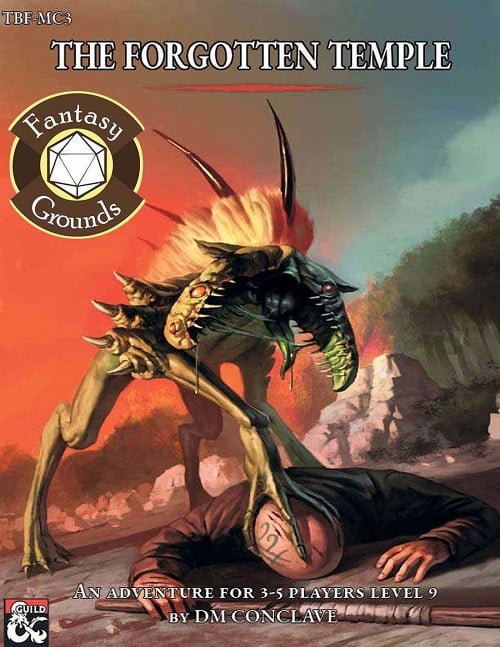 “In the fortified city of Port Nyanzaru the situation grows volatile. Reports of mysterious strangers from unknown lands, that are trespassing forbidden holy grounds far within the jungle, have caused great turmoil in the city’s foreign relations with the local tribes. The players must travel through the deadly jungles of Chult towards the ruins of ancient Mezro, and confront an ancient religious sect of gruesome practices, charged with keeping imprisoned the right-hand servant of a Primordial evil- Dendar the Night Serpent. Will the ancient evil be unleashed once more in the world, or will the heroes be victorious? The fate of the world lies on their hands.

This game sounds like a fantasy adventure with some fantastic horror potential; a little like if someone wanted to run a Call of Cthulhu session and only had D&D books on hand. Plus, they got invested enough in making this module to give it a soundtrack. The Forgotten Temple promises to be an immersive, fun adventure that was written with a ton of love.

Born From The Preternatural 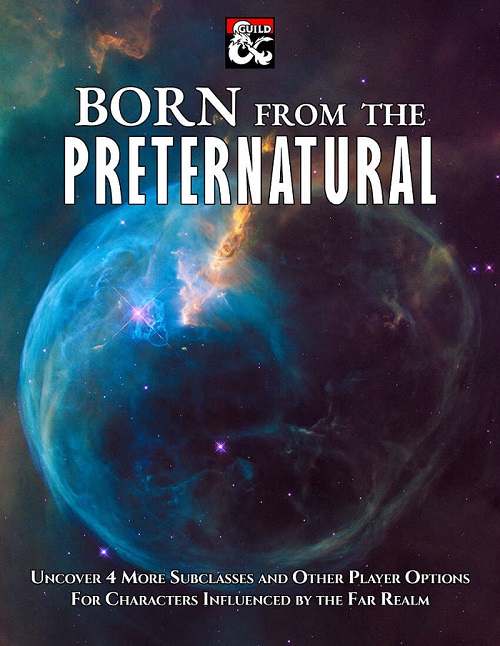 “Remaining normal was never an option. After you witnessed otherwordly greatness of the place beyond the stars, there’s only one more thing left to do.

Let go of the frames of reality. Let go of what keeps you sane.

May your untapped potential wander the horizons of the Far Realm.

Born From The Preternatural expands the content of Those Lost In Madness by adding 4 more subclasses inspired by the cosmic horror. Play as a character influenced by the warping forces of the Far Realm! In this supplement you can find:

True art lacks boundaries with inspiration coming from the least expected direction. True art can be used to reach farther than the mind can comprehend. When that happens, however, the horizons of artists are shattered, revealing a realm of infinite possibilities and truths so appalling, that escaping into madness seems the only right choice.

The passing of a comet is seen as an omen in various cultures. Comets are meant as signs of coming disasters or radical changes. They signal the birth of a hero. Some believe that the bright objects traveling across the sky are magical in nature and can bestow unnatural powers upon mortals. They are not entirely wrong.

Strange places that escape common comprehension exist in the far reaches of the universe. Even though they barely touch reality, they sometimes work as a passage to various planes of existence, connecting them like a horrific web. As such, these unimaginable places can act as a source of power normally associated with other realms. Abnormal travelers draw from them to access energies and strengths that would be otherwise unavailable to them.

These subclasses are weird and uncanny and very interesting. Seeing magic come from a strange or uncanny place is a concept I’d love to see more in D&D and these classes carve that path for you. Download these subclasses, get the module I talked about above, and jump right into a bizarre adventure. 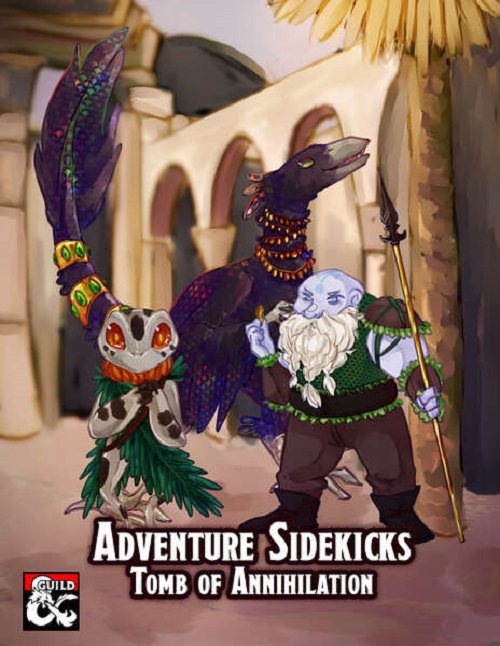 “Do you want to play Tomb of Annihilation, but you don’t have enough players? Do you want reoccurring allies and creatures to level up throughout your jungle campaign? Do your players regularly invite NPCs and beasts they meet along for the ride? Do you just love sidekick options? Then this is for you!

In this supplement, you’ll find six 1st- to 11th-level sidekicks ready to jungle cruise with you. The sidekick options include:

– Ascalabotes, a deinonychus (raptor) with an obsession with shiny things;
– Amystical and tiny chwinga;
– Agray grung looking for a color and adventure;
– Nathaira Nimhe, a yuan-ti pureblood who transforms into dinosaurs;
– Ogunama, an albino dwarf warrior versed in smithing; and
– ReeShee, an aarakocra with the gift of gab.”

My D&D group has a knack for adopting every NPC we find. We have offered probably a dozen different characters employment at our pub… and some of them even take us up on it and have become recurring fixtures in the campaign. If you’re a GM you know how hard it is to come up with every one of these new suddenly-featured-NPCs, and that’s okay. Grab one of these sidekicks and throw them in the mix. Your group doesn’t even need to know. 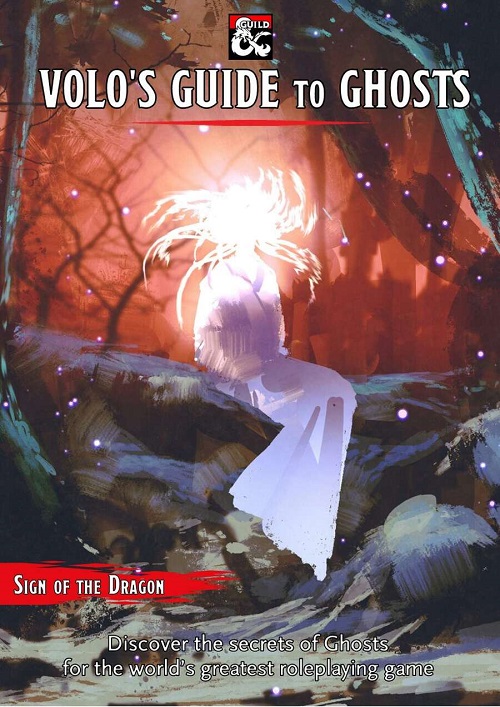 “In this guide, we will report all that we have learned from Volo about ghosts. He has assured us that he has personally witnessed most of the information herein, while the rest come from verified sources.

In this supplement you will find:

– Tables to give different origins, appearances, and anchors to your ghosts
– New Actions and Traits for your ghosts
– Help with communing with spirits: different types of mediums, how to find them, and how to play a medium as a character
– 4 New Ghost NPCs: The Hound, The Twin Sisters, The Wizard, and Captain Jonny Pitton
– A Ghost Ship: The Misty Devil and its crew
– Hypertext links used in the Table of Contents and throughout the text
– 28 images of the highest quality, laid out by a highly skilled specialist”

Everything includes ghosts, right? Let Volo teach you all about spooky spirits and the people who can communicate with them. And while you’re at it, add a ghost or maybe a ghost ship to your game. 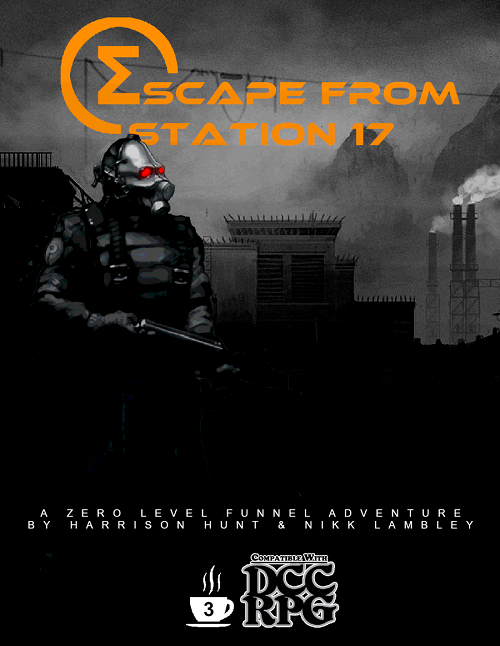 “Escape from station 17 is a 0-Level funnel adventure, set in a post-apocalyptic, sci-fi
version of our earth. It is for use with the Dungeon Crawl Classics Role Playing Game
(or any OSR system) and has been designed as a low prep, quick-to-start adventure.

Included within this pack are 25 premade 0-Level Characters, a one sheet adventure
(both sides of an A4 sheet of paper), maps, and statted NPCs/Monsters relevant to the
adventure. Additionally; the entire map has been designed to fit onto a single 23×26
vinyl battlemat.

Earth, year 202X. The planet has been taken over by a technologically advanced
multidimensional empire known as the ‘Amalgamate’. These fearsome, humanoid
creatures conquered the world in only nine hours, and have implemented a violent,
unforgiving police-state.

Since the usurpation of earth’s control, our new alien overlords have been slowly
draining earth of all of it’s water and sending it back to the Gryx Border-World. And
have set about converting humanity into Amalgamate with the use of extremely long,
painful and torturous operations (performed with no anasthesia).

Amalgamate conversions are carried out in ‘Alteration Stations’; prison compounds
where once-proud humans are fed grey sludge and packed into tiny cells. These poor
prisoners are only permitted outdoors once every two months and are not told when
their ‘alteration day’ will come.”

Low prep, quick start adventures with pre-made characters are perfect for anyone who’s busy or new to a game system. Grab a sourcebook and the module and get going. If you’re looking for a post -apocalyptic sci-fi game to get started right now that also promises to be a load of fun, Escape from Station 17.

All Hail the Butter Princess 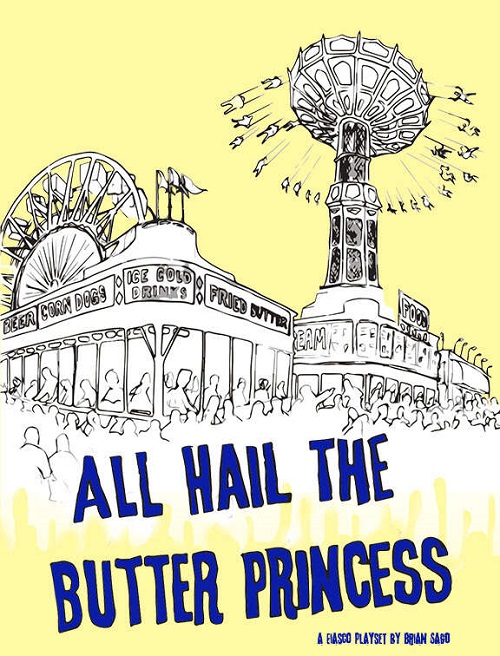 “This playset is an accessory for the Fiasco role-playing game.

What do you get when you combine the Seven Deadly Sins with the Five Stages of Grief? Fried food, farm animals and armpit-to-armpit humanity. Makes one wish for social distancing and a gallon of hand sanitizer.

But the cash flow here… One weekend as a grifter and you’ll be free. Leave your dignity at the gate.”

This game looks ridiculous. Fairs are fun and weird and a little chaotic and the perfect backdrop for an equally weird game and it’s time we all acknowledge the butter princess. If you’ve never played Fiasco, this is the perfect playset from which to do it. A county fair is about as Coen-brothersy as you can get before Javier Bardem got involved.

Ordeal of the Magic Tower 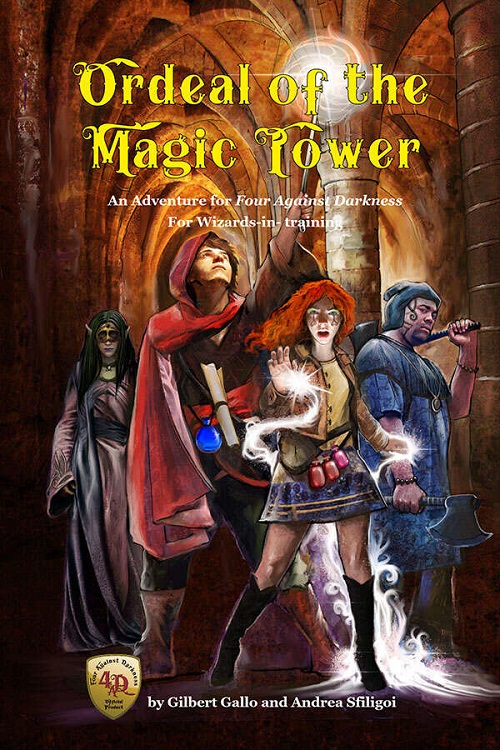 “Four young wizards-in-training. One impossibly difficult task: move through the six ever-changing levels of the Magic Tower in Sphilix’s Sorcery School, master your cantrips, and craft your magic wand! Will you become a full fledged mage, or succumb to the dangers that the Archmages have in store for you? There is only one way to know… accept the challenge, and survive the Ordeal of the Magic Tower! This is a procedural adventure for apprentices. It contains rules for 12 Cantrips (zero level spells). Only the core Four Against Darknessrules are required to play.”

Everyone wants to go to wizard school. Maybe not the big popular one everyone knows about, but there’s a magic school out there you read about in a fantasy novel at one point and thought, “Darn, I want to go there.” Go become a wizard in training, make your own wand, and prove yourself to the Archmages with Magic Tower.

What are you playing this week? Did you pick up any new releases recently? Which modules are you most excited to play? Let us know in the comments!