Pathfinder: A Look Ahead At The City Of Lost Omens

Absalom, the City of Lost Omens is one of the centerpieces of Pathfinder, literally, since its at the center of the world. Soon it’ll have a 2nd edition sourcebook–take a peek.

The City at the Center of the World, Absalom, is one of the foundational pieces of Golarion. Situated at the heart of the Inner Sea, it is a massive metropolice that holds a key strategic position for both commercial and military powers–as well as holding the secrets to ascension to godhood, including Caiden Cailean. These powers, and more make it a central figure in much of Golarion’s history.

So naturally it’s the setting of an upcoming Sourcebook, up for Pre-Order this coming May. Take a look at what awaits you–and what has changed–in the City of Lost Omens. 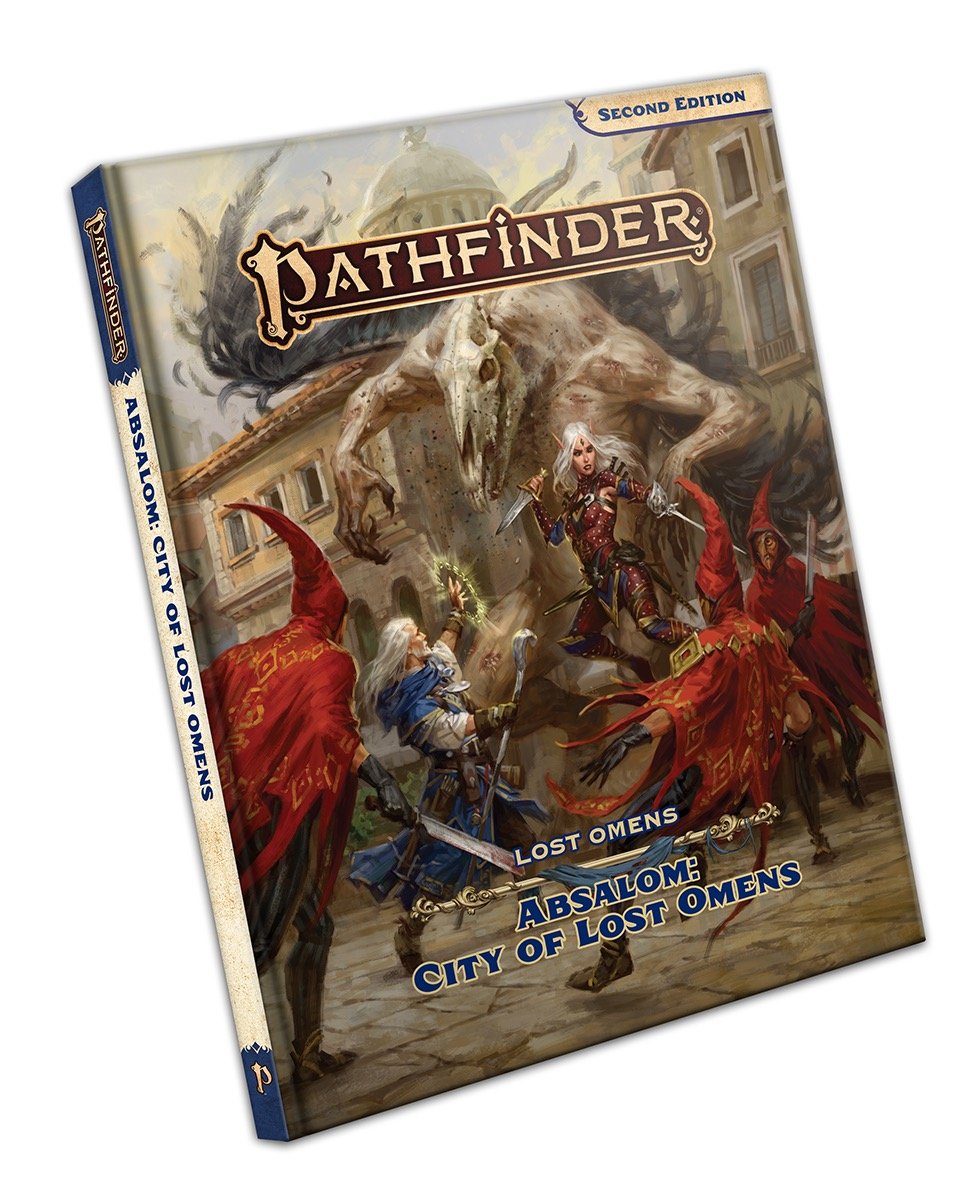