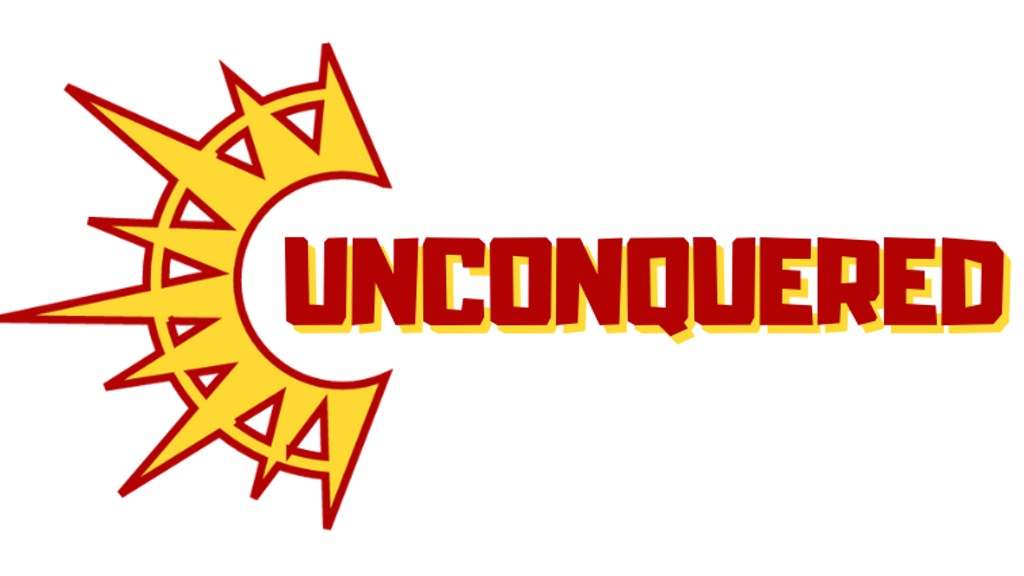 Unconquered is a pulp adventure game that brings the spirit of Conan, Dying Earth, Doc Savage, and other bronze-age heroes right to your tabletop.

Can you combine the empty but meaningful world of a game like Dark Souls and fill it with the action-packed over-the-top pulp heroes of the stories that have inspired works of sometimes brutal, haunting fantasy and sci-fi? That’s what Unconquered aims to do with its bronzepunk aesthetic and world made up of many worlds–most of them empty and in need of heroes. What strange beings will you unearth? What secrets will you find? Check out Unconquered to learn more. 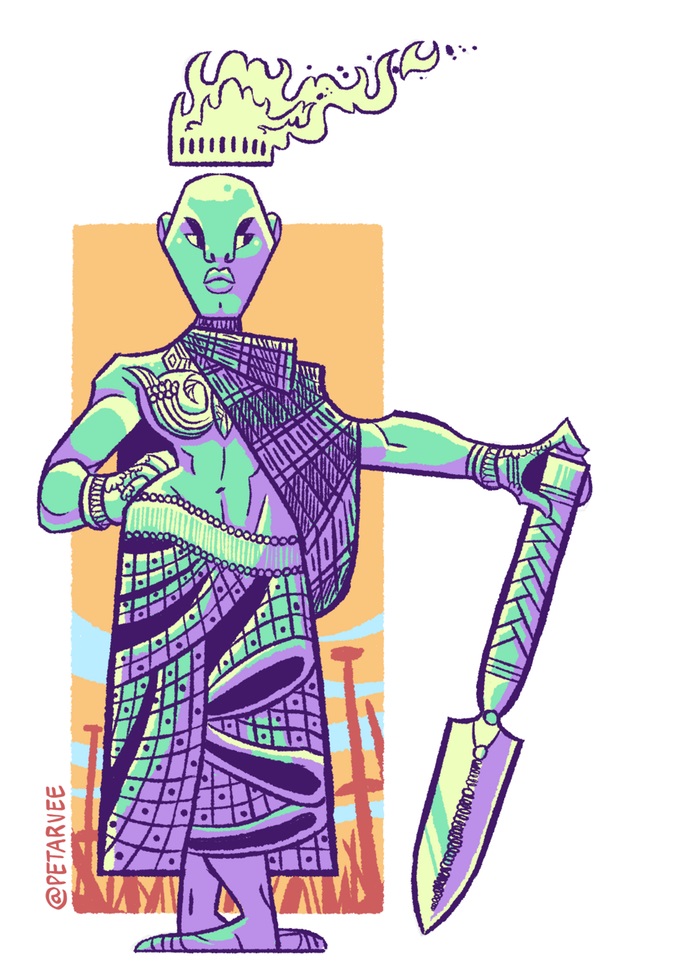 UNCONQUERED is a beginner-friendly, rules-light, bronzepunk swords & sorcery & sandals & sci-fi fantasy tabletop RPG, inspired by classic pulp serials such as Savage Sword of Conan, Flash Gordon, and John Carter of Mars, the Dying Earth genre, the  Dark Souls video game series, and webcomics such as Kill Six Billion Demons and Necropolis. Players generate character through a simple yet diverse lifepath-style character creation system, at each stage learning more about the infinite Loom they inhabit. Before long, they’ll be undertaking mythic and perilous journeys through a decaying, waning universe of fading Gods, strange realities, and the dizzying remains of strange and wondrous civilizations.

The UNCONQUERED book will contain the core rules for the UNCONQUERED RPG; full character creation tables with over 100 unique randomly-generated or selected options to create fully-developed, unique and interesting characters; tips for running a great game of UNCONQUERED; dozens of charts and tables of esoterica and miscellanea to develop a living, breathing, infinite Loom; and a setting guide, bestiary and starting adventure for the Jewelled Sands Of Zun Rüt, an introductory Sphere to allow new players the opportunity to play immediately.

Let me take a moment here to talk about how well this game cements its ethos with its mechanics. XP isn’t gained necessarily for finding things and killing them, but by choosing “pairs of XP triggers that match and develop aspects of their personalities, based on relationships in their lives,” so that as the character develops, so too do their abilities, in the same way that Conan is already powerful but becomes moreso when he is fighting with or against a companion/rival. 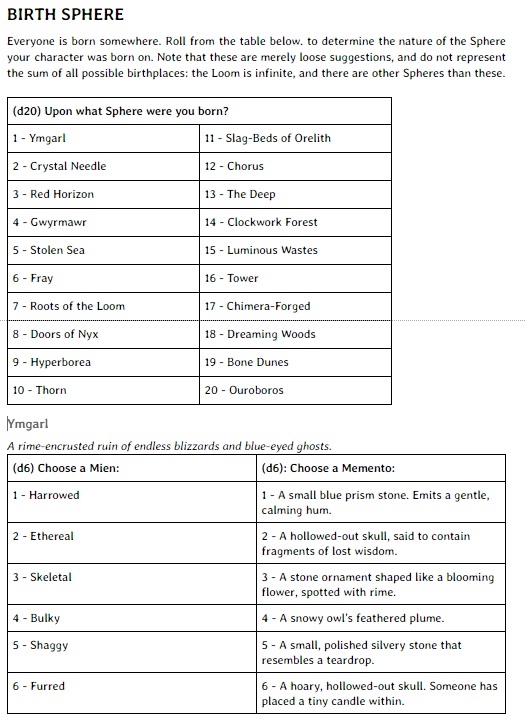 UNCONQUERED uses a flexible, rules-light mechanical toolkit that allows the action, intrigue and adventure to keep flowing without needing to constantly check the rulebook! Based on the KNAVE toolkit by Ben Milton, UNCONQUERED allows for a depth of customization and personalization for long-time TTRPG veterans and is intuitive and easy for first-time players. UNCONQUERED is also fully compatible with the toolkits and bestiaries of other OSR games such as KNAVE, Maze Rats, Basic Fantasy RPG, B/X, or AD&D/OD&D.