Wrath and Glory, currently undergoing a revision and revamp from Cubicle 7, is nearly ready for its pdf launch. Here’s a glimpse of character creation.

One of the best parts of any of the Warhammer roleplaying games is character creation. Whether we’re talking about the times in something like Warhammer Fantasy Roleplay, where half the fun is figuring out what kind of random low-rent pseudo medieval person you were, and your options might include bailiff, tax collector, or rat catcher; or something like the Dark Heresy series, where your character was probably going to accidentally die in the first two or three sessions anyway (which is why Only War was the greatest of all those games, because it took that into account).

Whether you played Wrath and Glory before, or are about to dive into it, we’ve got a look at the character creation system. Here’s the rundown for you. 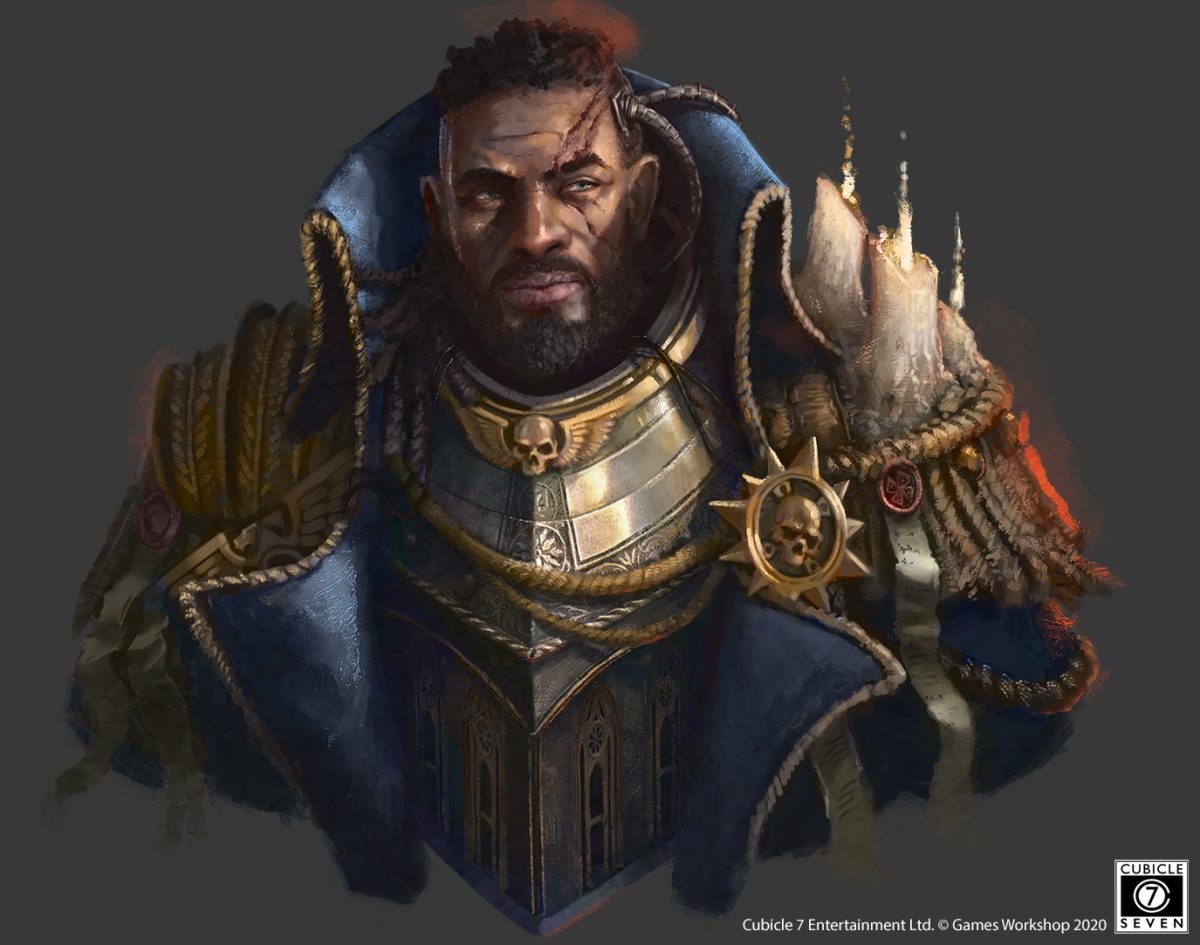 There are lots of options for character creation in Wrath & Glory, so the first thing you’ll need is a Framework. These haven’t changed from the previous version of the game; just figure out what kind of adventures you’d like to go on so you know what kind of characters will work with the story you’re going to tell.

To get you started, we’ve added a few sample Frameworks to the Rulebook. Maybe you’d like to work for Jakel Varonius, the Rogue Trader currently making strides in the Gilead System?

A Framework is a mix of your class and your job. You might pick a Rogue Trader, or a Space Marine, or a Techpriest. Each of these Frameworks has its own ‘tier’ reflecting its power level compared to others, and you go from there. However, Cubicle 7 has made a few changes to the system, here’s a look at what’s new:

Once you have a Framework, you can pick your Archetype. Prerequisites have been removed entirely for Archetypes (they’re now just extra bonuses), so you can pick whichever one you like best as long as it fits the Tier of your game. We’ve also added suggested Attributes and Skills for each Archetype, so you can build your character quicker and start playing in minutes.

If you and your friend both want to play the same Archetype, we’ve also added a whole host of new Talents to bring the tally to over 70. These new Talents help make your character unique: is your Imperial Guard trooper a straight-laced Sharpshooter, or do they use Gallows Humour to tell dark jokes and bolster their courage?

Once you’ve gone on a few adventures, you’ll have earned some Experience Points; you can spend these with the overhauled Advancement & Ascension system, moving your character up in Rank, to a different Archetype, or even to a higher Tier of play.