Warhammer 40K Lore: Who Is The Beast 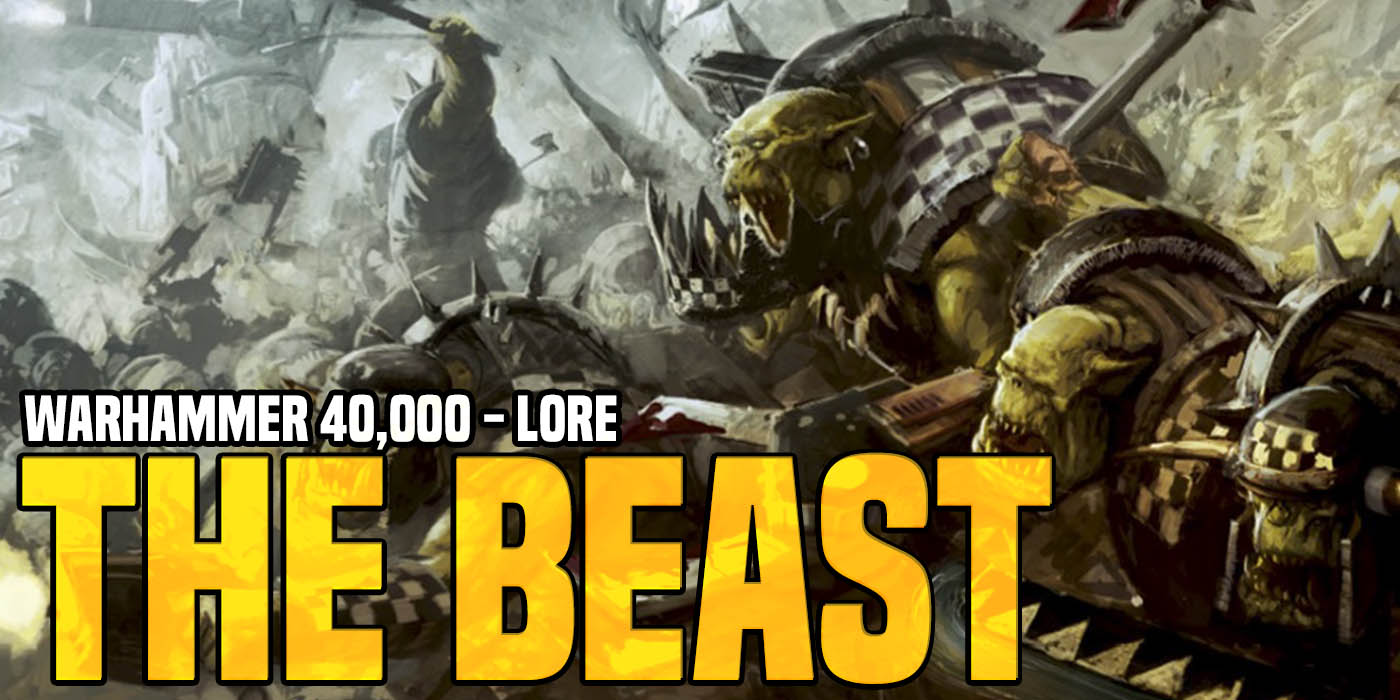 The “Beast” is coming – but who is the Beast? Loremasters, today we dive into the “title” of the Orks.

In current Warhammer 40,000 storyline, Ghazghkull has been dubbed “The Beast” – but who was the original? For that we have to dive into the lore for answers. The title “The Beast” is a reference to the greatest Ork Warbosses to have ever lived. And he was more than a match for the Imperium – and even a Primarch! 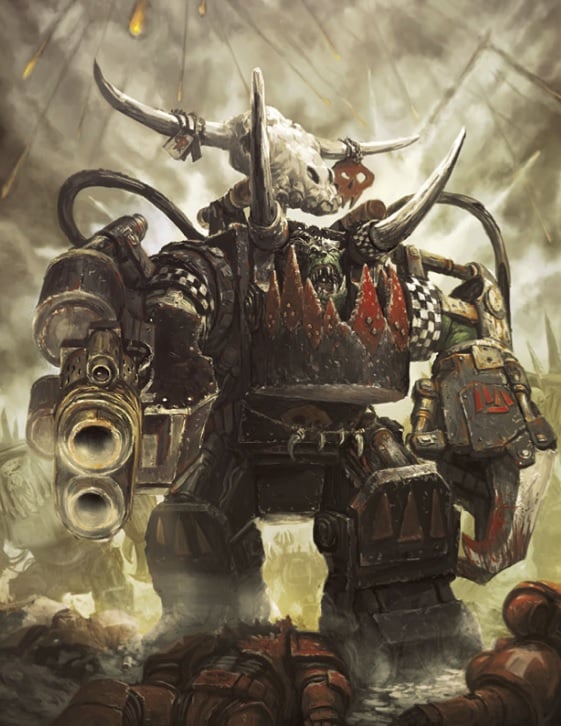 The Beast was one of the most powerful Ork Warbosses to have ever lived. In 544.M32 he united much of the Ork race and nearly succeeded in conquering the Galaxy. His Waaagh! was the largest the Galaxy has ever seen and rampaged across the Imperium, eclipsing even the one Horus defeated during the Ullanor Crusade which earned him the title of Warmaster. The Beast was a highly intelligent Ork, capable of speaking flawless Gothic. Embittered by the humiliation of the Ork race during the Ullanor Crusade, he intended to cripple humanity and rule the galaxy. The Imperium only halted his advance at great cost and desperate measure, devastating the Adeptus Astartes.

It was eventually concluded that there was not a single Warboss known as The Beast. Rather, they were a collection of six “Prime-Orks”, monstrously powerful and intelligent Warbosses who each commanded a “Legion” (possibly Clan) of Greenskins.However, the Prime-Ork the Imperium encountered most was larger than the others, nicknamed the “Beast of Beasts”.

In transmissions intercepted by the Imperial military, the warboss referred to himself in Orkish terms that defied exact translation into High Gothic, but roughly equivalent to “beast”, “I am slaughter”, or “lord who will bring great slaughter.”

The Beast-class Prime Orks were perhaps the largest Ork Warbosses ever encountered, which in Ork society denoted his power, prestige, and lethality. In a transmission, he was estimated to be the size of a hab-block; The Beast made even Nobs appear as mere children in his presence and his mouth was filled with tusks the size of tree trunks.

When one was finally was encountered on Ullanor, The Beast was at first thought to be statue. However when the statue moved the Imperial invaders realized he was in fact a massive Ork, at least ten meters tall, encased inside battle armor.

This Ork was larger than the other “lesser” Beasts. His armor and throne were adorned with black-and-white check marks; his helmet was horned, with a snarling ork face that covered his own, and adorned with rubies. 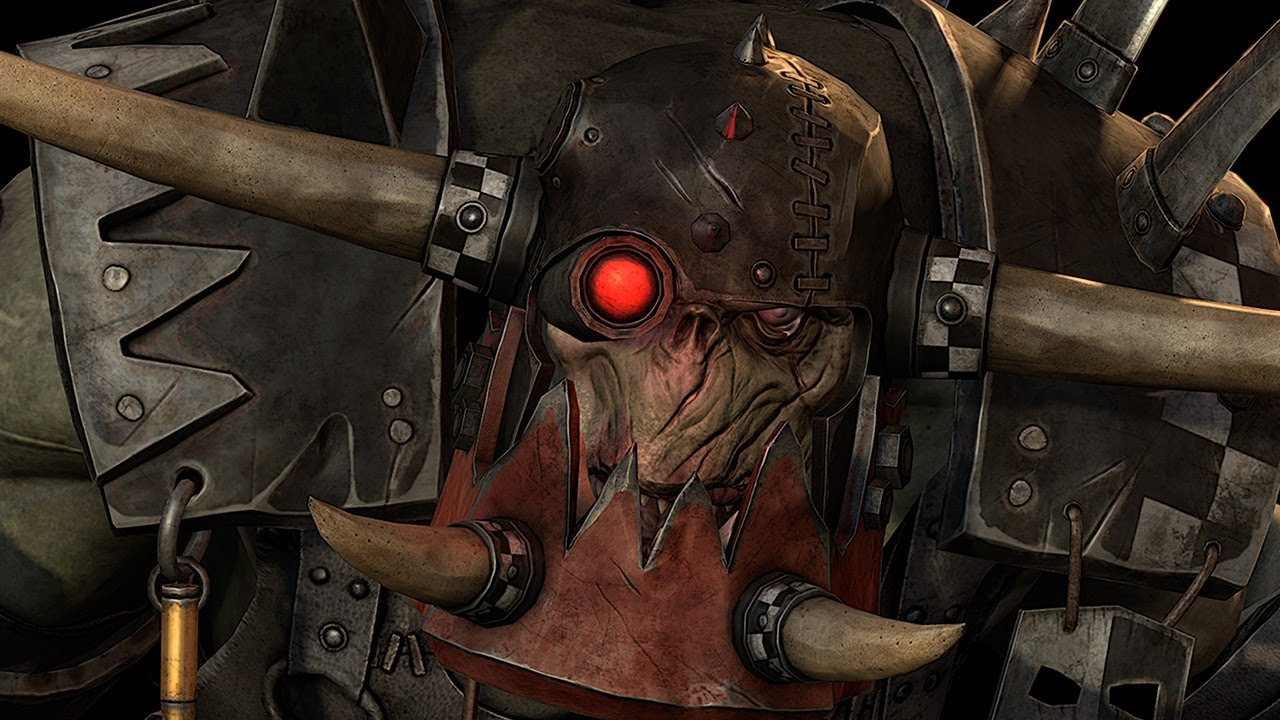 Another one of the “Prime Orks” encountered by Imperial forces of Ullanor was said to be the size of a small Gargant. A single arm of his massive battle armour was equipped with two Battle Cannons as well as Autocannons, Missile Launchers, Flamers, and other weapons. His other arm wielded a Vibro-Mace as tall as a Space Marine. He wore patchwork armour and blue face-tattos, and was accompanied by a court of massive orks with death’s head symbols.

Other Orks of this size, speculated to be “lesser Beasts”, were briefly seen exploding in the psychic shockwave that destroyed the orks of Ullanor. Since there were six thrones in the Beast’s throne-room, each associated with a different symbol, it was speculated that they were “Prime-Orks” that each founded a legion among Waaagh! The Beast.

Want to learn more about The War of the Beast? Check out the Lexicanum!