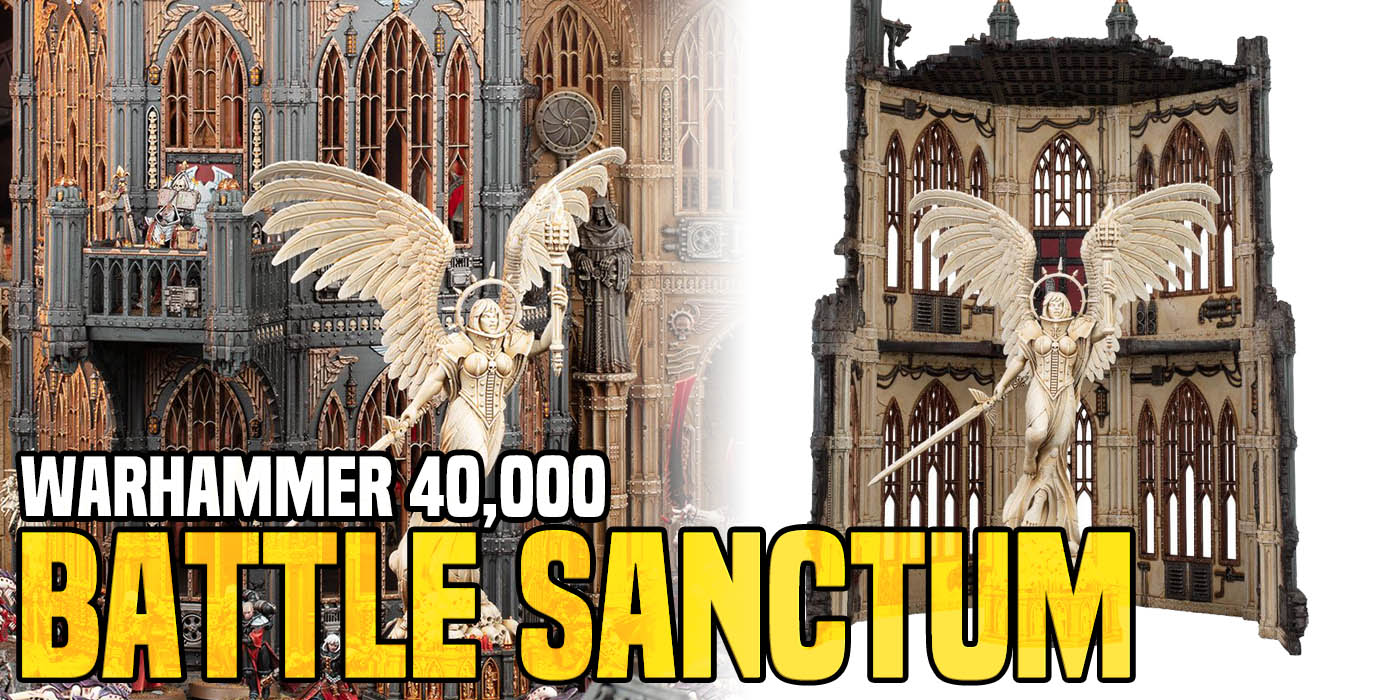 We knew this terrain piece was going to be big. We just didn’t know HOW big. Take a closer look at the Battle Sanctum!

We’ve had our eyes out for this terrain piece ever since it was announced. The Adepta Sororitas are getting a MASSIVE terrain kit and we’re totally looking forward to using this in our games. 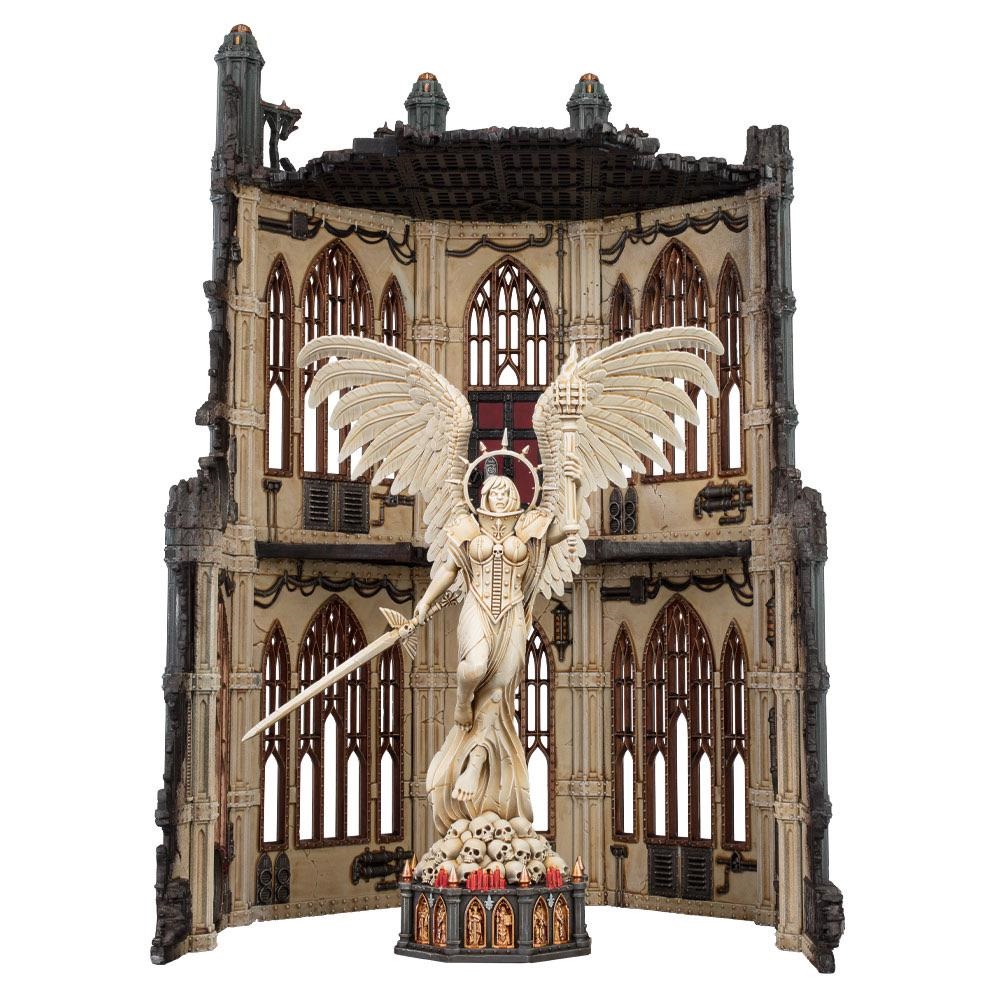 Ray Dranfield: The Battle Sanctum consists of two parts, both of which are designed to complement the Sector Imperialis scenery range. A key feature of the main building is that it enables you to build a diagonal wall. This in itself has a number of applications, not only within the wider Sector Imperialis range, but also the Sector Mechanicus range, as it means that you can create octagonal buildings. This was only possible due to the corner pillars used in the range – I’d always planned to add diagonal walls in a future kit, so seeded the means to do so in the original design of the pillars.

For starters, this kit it compatible with the Sector Imperialis kits. Furthermore, it introduces the diagonal wall. For modelers and hobbyists out there – this is a big deal. 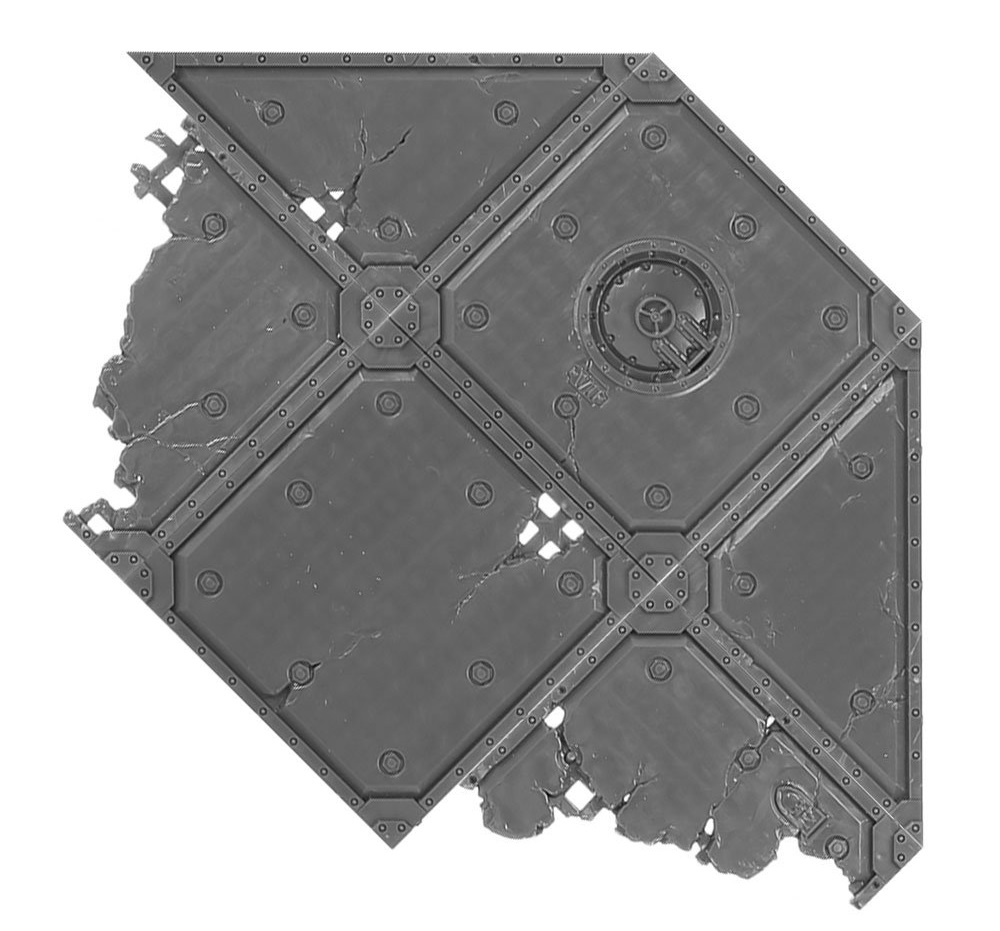 This triangular pieces open up a whole lot of options for your own designs. And because it’s designed to be modular, you could really go bonkers with your cityscape building. If you want to avoid those traditional square walls, now you can create some really funky buildings. 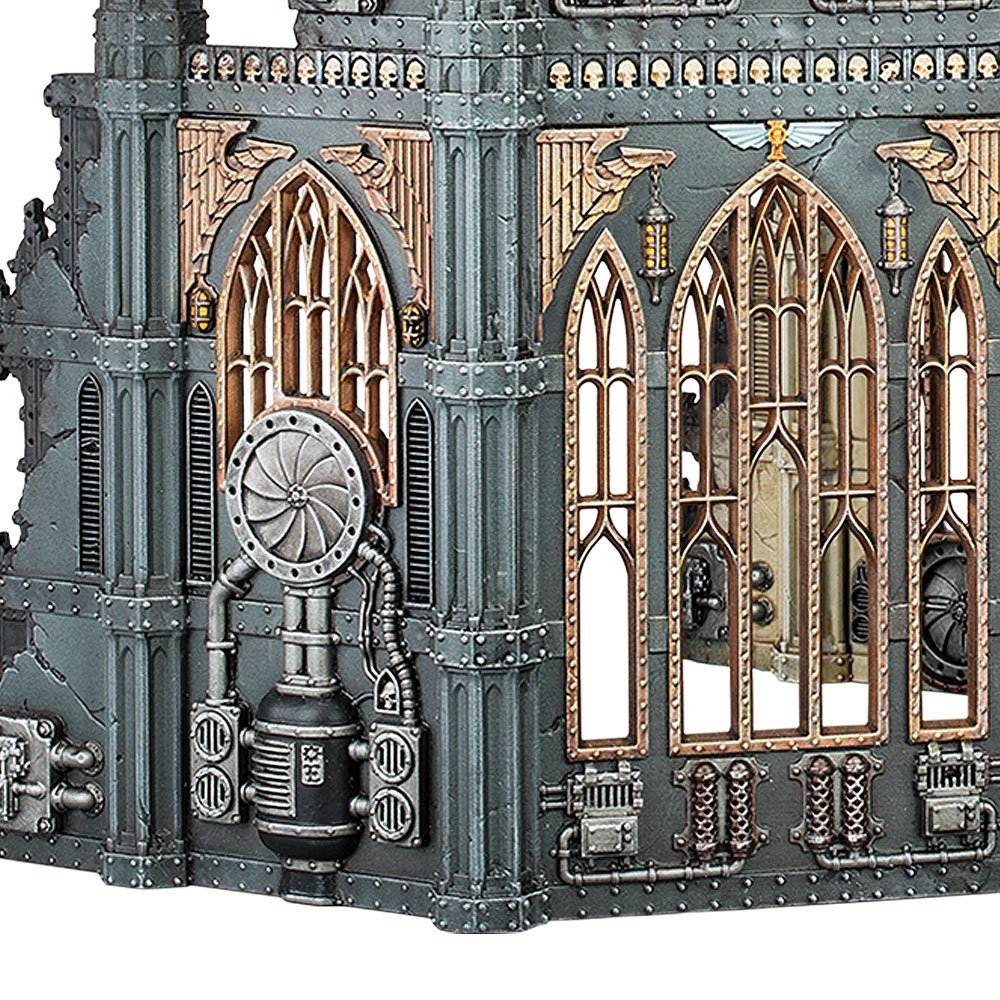 To further illustrate how modular this kit is, we have a shot of the Battle Sanctum mixed in with other Sector Imperialis kits. If it wasn’t painted slightly different, you probably wouldn’t be able to tell them apart. 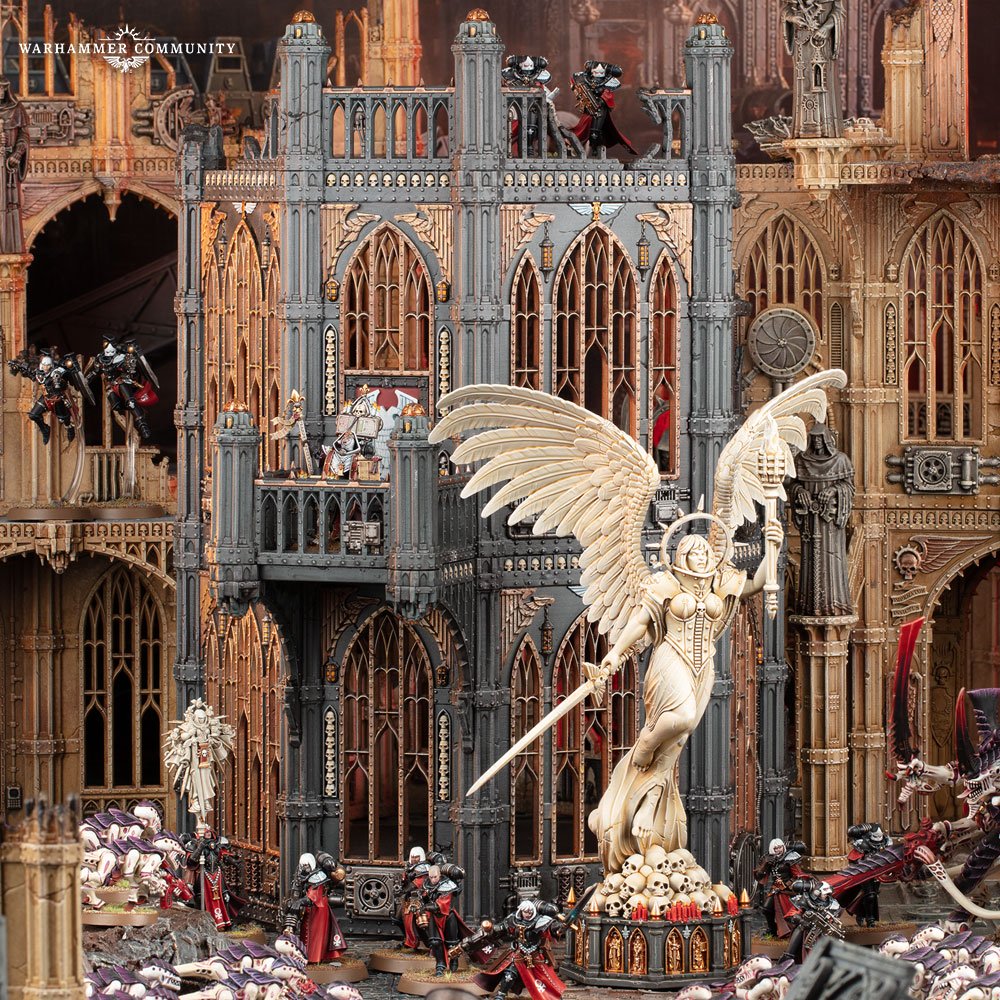 That versitility is going to be really handy in your own projects. One last bit about the building – the kit also comes with bits to create your own floating balcony. 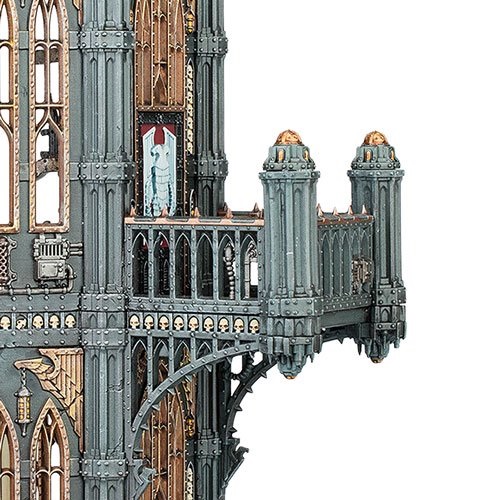 This is a neat doodad. But I was looking at it and thinking you could make that a bridge between two buildings pretty easily. Think of the possibilities!

The OTHER part of the kit is the statue. It’s an idealized version of Saint Celestine in case you were wondering who the “model” for this sculpture was. 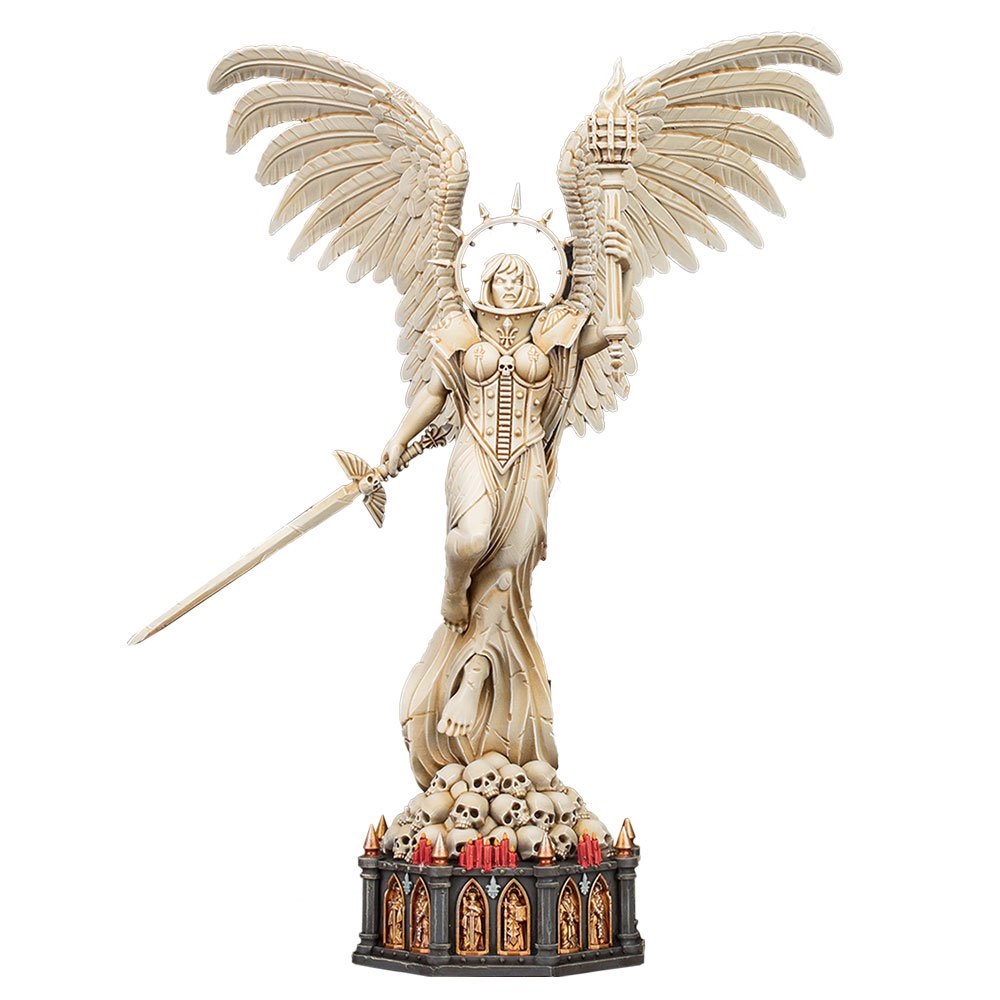 The article has a lot of really cool info and explains the symbolism behind this sculpture. Things like the fact that her wings are feathered angelic versions instead of the more stylized versions from her miniature because it’s an idealized version. Same with her lack of armor. 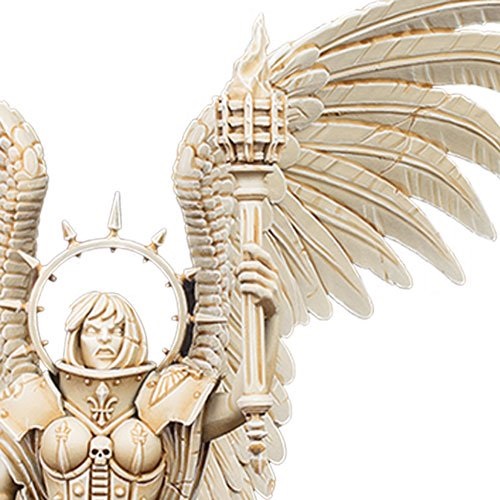 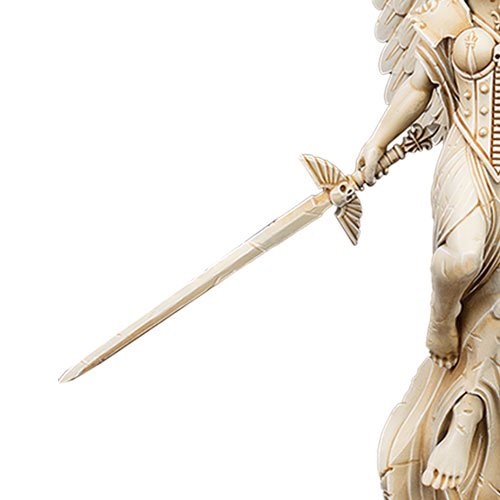 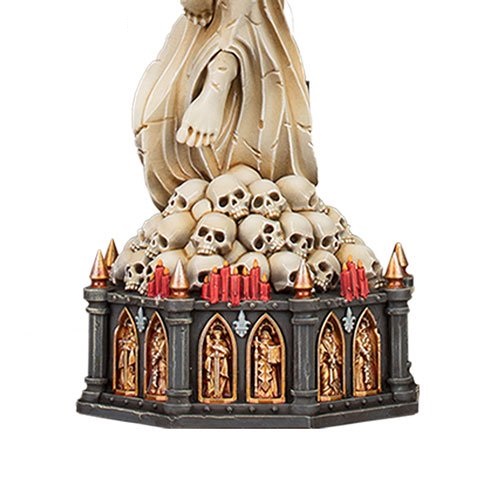 It’s a pretty great breakdown if you’re into art or art history.

This kit is out for pre-order this weekend! Spruce up your gaming table with this great new kit!

Author: Adam Harrison
Writer, Editor, Texas Native, and Austinite for 15+ years, Adam covers all things Tabletop Gaming. Which includes Warhammer 40,000, Age of Sigmar, D&D, Board Games and everything else that involves dice, boards, cards and a table. A hobbyist, player, and collector of miniatures and games, Adam's current obsession are his Death Armies for Age of Sigmar, his Blood Angels and Tyranids for 40k, and his ever growing Arkham Horror: The Card Game Collection.
Advertisement
Games Workshop Miniatures Sisters of Battle - Adepta Sororitas Tabletop News Warhammer 40k
Advertisement