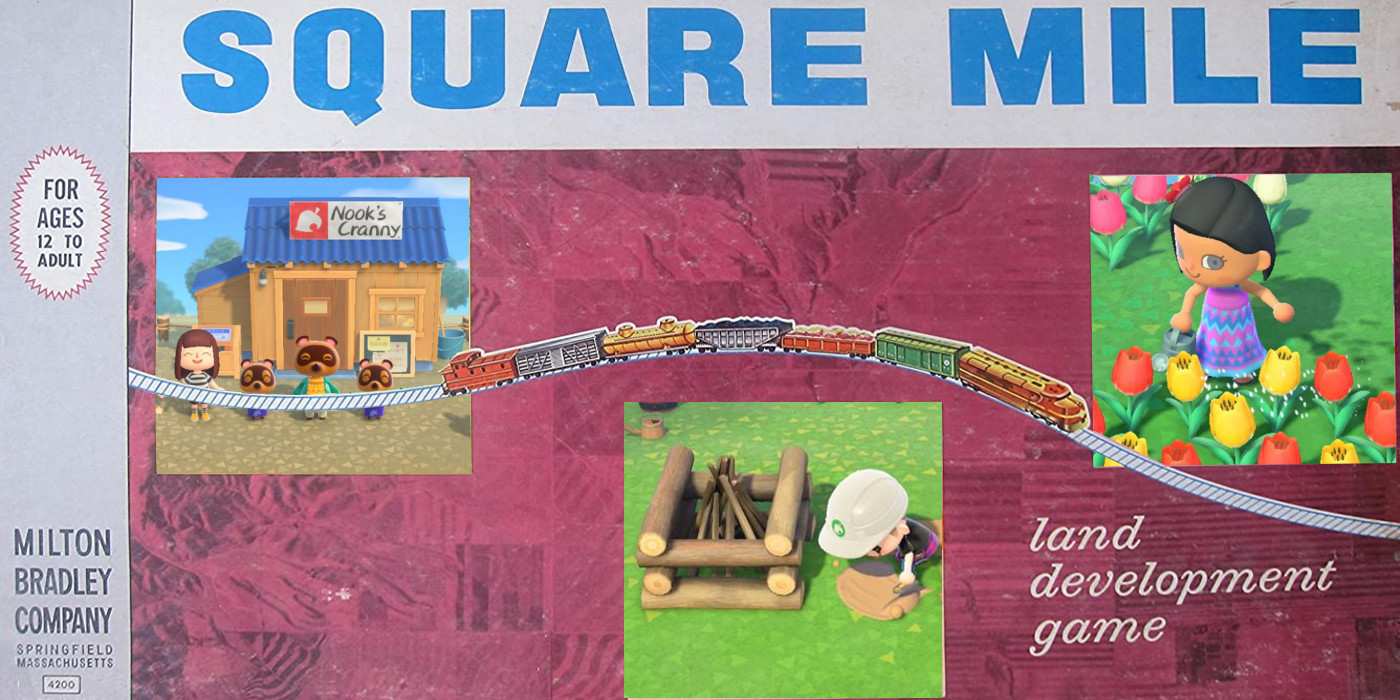 Do you want to “almost” play Animal Crossing? Do you like working huge tracts of land? Well, have I got the perfect game for you!

While the world is stuck inside (hopefully) and falling apart in every conceivable way, an entirely different world is thriving: The world of Animal Crossing: New Horizons. 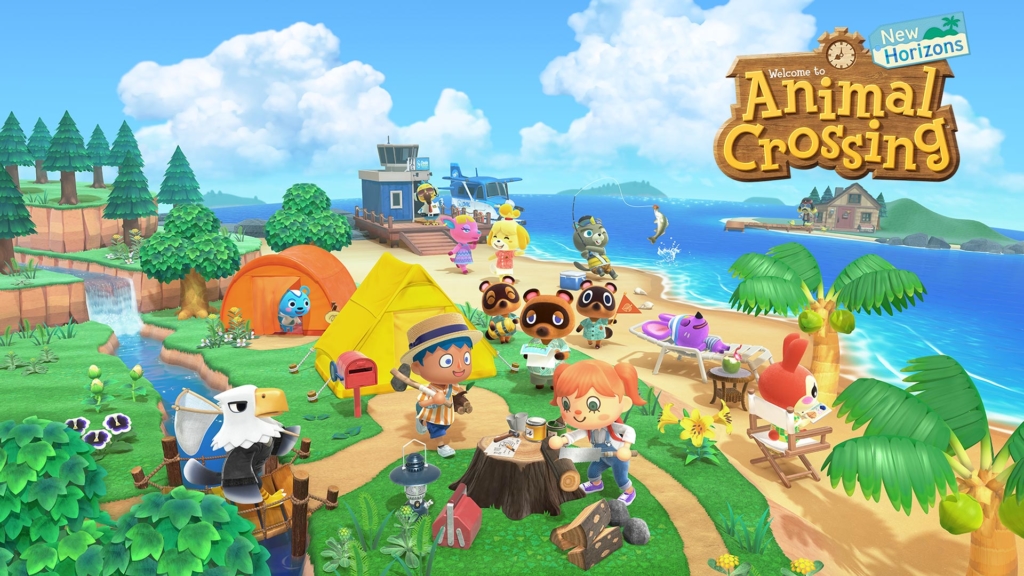 While not all of us have a Switch, and even if you do, maybe you don’t have Animal Crossing, or it’s just not for you. But, I know what you’re thinking. You’re thinking, “Boy oh boy, I wish I could find a small plot of unsettled and uninhabited land and spend my own time and money into making it into a cozy, habitable community. But I don’t really want to do that, I just want to simulate it. And I also don’t want to be horribly indebted to a raccoon. What ever shall I do?!”

Worry not, with your oddly specific woes! Square Mile has you covered!

Square Mile is a competitive economic game with area-control and bidding mechanics. The objective of all players is to get👏that👏coin👏. Money is gained by selling tracts of land which the player has developed and improved, then sold at profit. 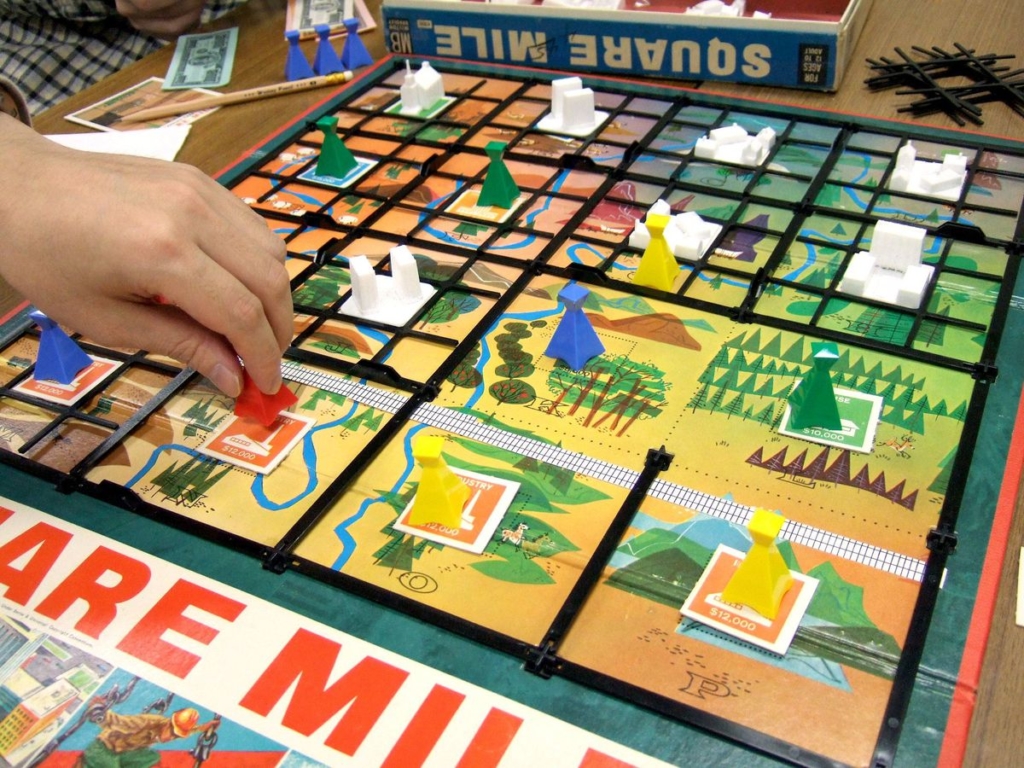 The game takes place over 2 phases: Planning and Development.

The Planning phase has 2 phases within it. The first half of Planning is Zoning. Players draw Planning cards to determine how the board will be zoned before the game really starts. 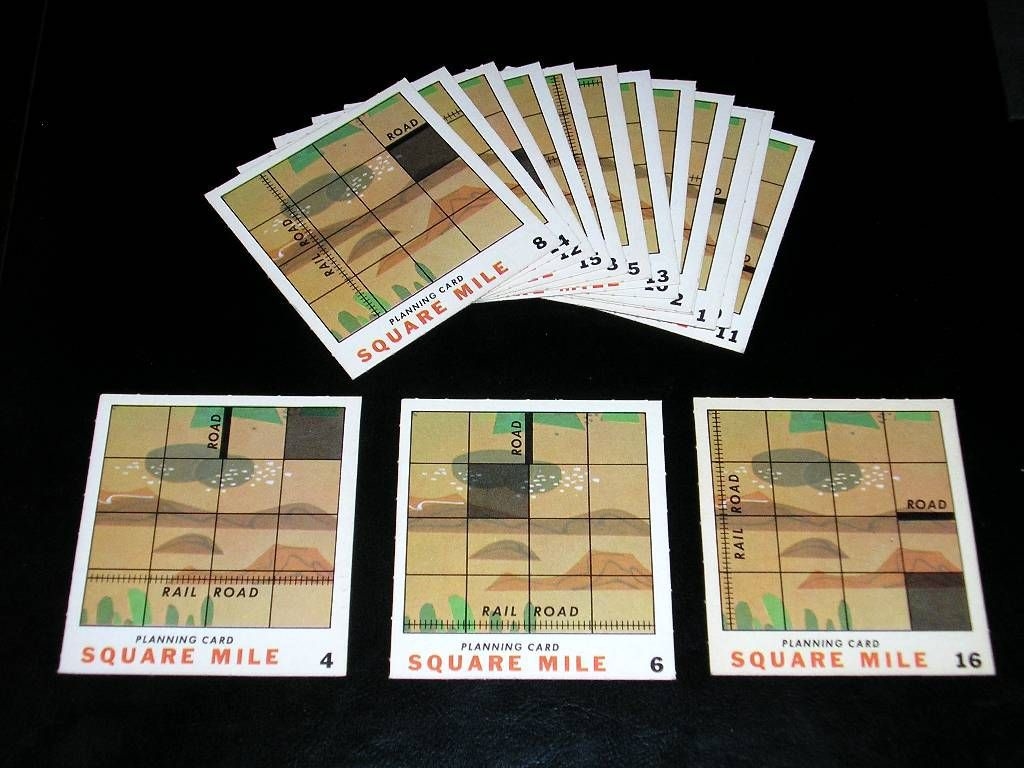 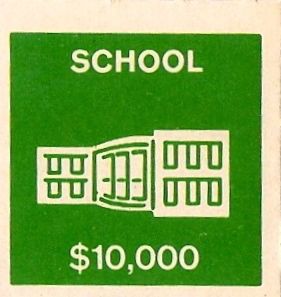 Once everything is zoned out, players each get a free tract of land (determined randomly), then the bidding begins! This is the second half of Planning. Players secretly bid on a sheet of paper how much they are willing to pay for as many tracts as they want. 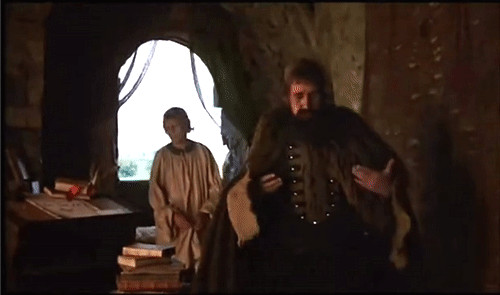 Whichever player bids the most for each tract, owns it an places their marker on it. Only they can build on it now. Once that’s done, the game moves into Development, which is the real meat of the game.

During this phase, each player takes their turn doing 3 steps: Sell, Build, Buy.

When selling a tract of land, players reference the Value card to see the Market Value or Build-Up Value of that tract of land with all of the improvement which have been made to it. Subdivisions are the bread and butter here. First a tract must be surrounded by road, then it can be subdivided, then buildings can be built upon it. This is how players are going to be making the bulk of their money. 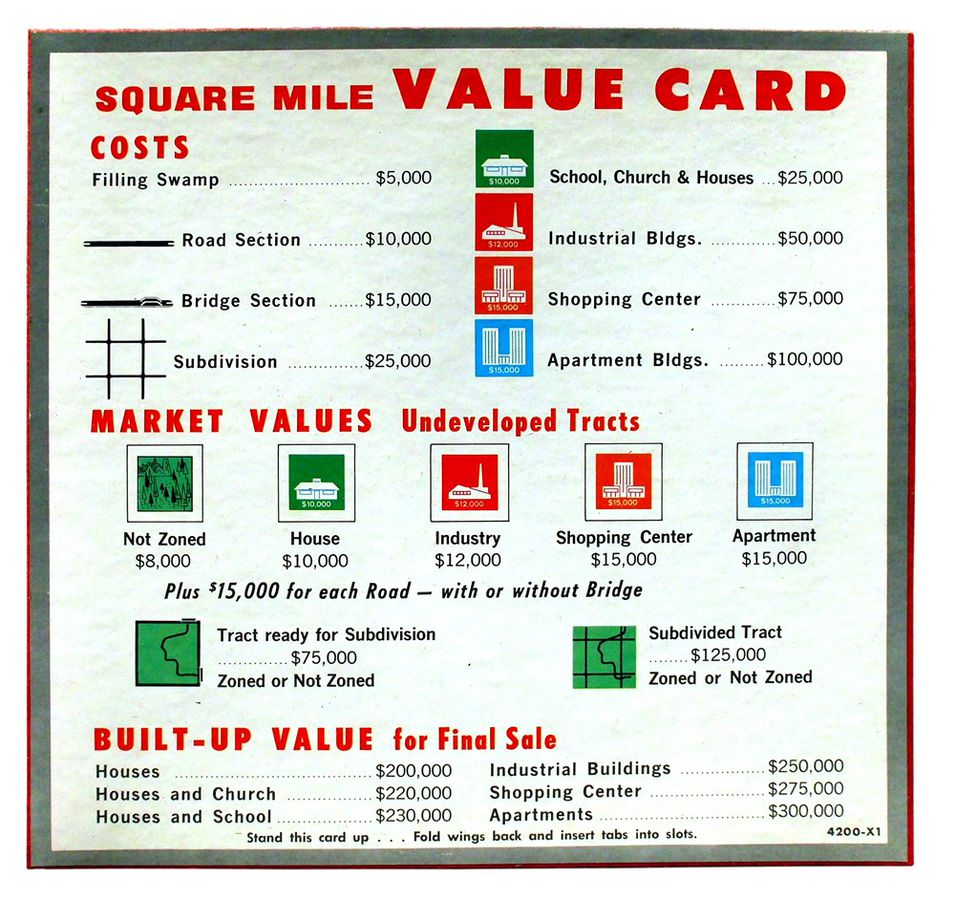 Building is also pretty straightforward: Pay the Cost listed to the bank. Place the improvement on one of your tracts of land.

Finally, players can buy 1 new tract of land. Although “buy” is a bit of a misnomer. The tract selected isn’t purchased, it’s put up for public auction, starting at market value. Granted, if someone else wins the auction, they can try again with a different tract, until they finally acquire one.

The game continues until every tract of land has been purchased. At which point, players count their money and whoever has the most wins!

I actually really like this game a lot. This is the game Monopoly wishes it was. Plus, the random setup and modular board make this infinitely more replayable than Monopoly. The module board changes where the swamps are located and how the river will flow through the area.

Oh, did I not mention the modular board? 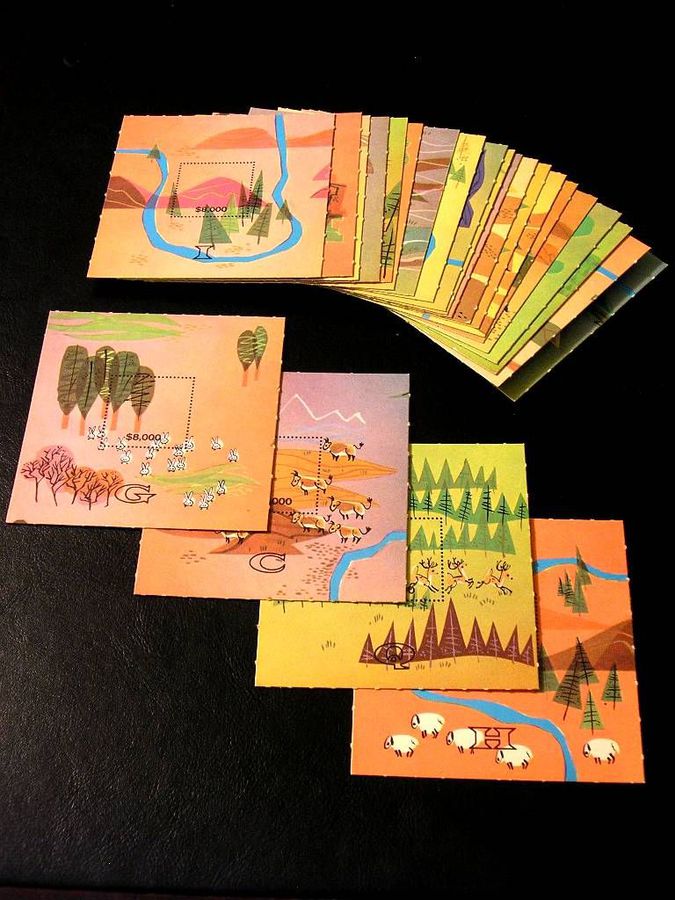 Yup! Square Mile has a modular board and random setup. Pretty advanced for a Milton Bradley game released in 1962!

If you got the great aunt who still makes you play Monopoly every time you go visit, try to pick up a copy of Square Mile. Although it’s not super cheap, I think it’s worth it. 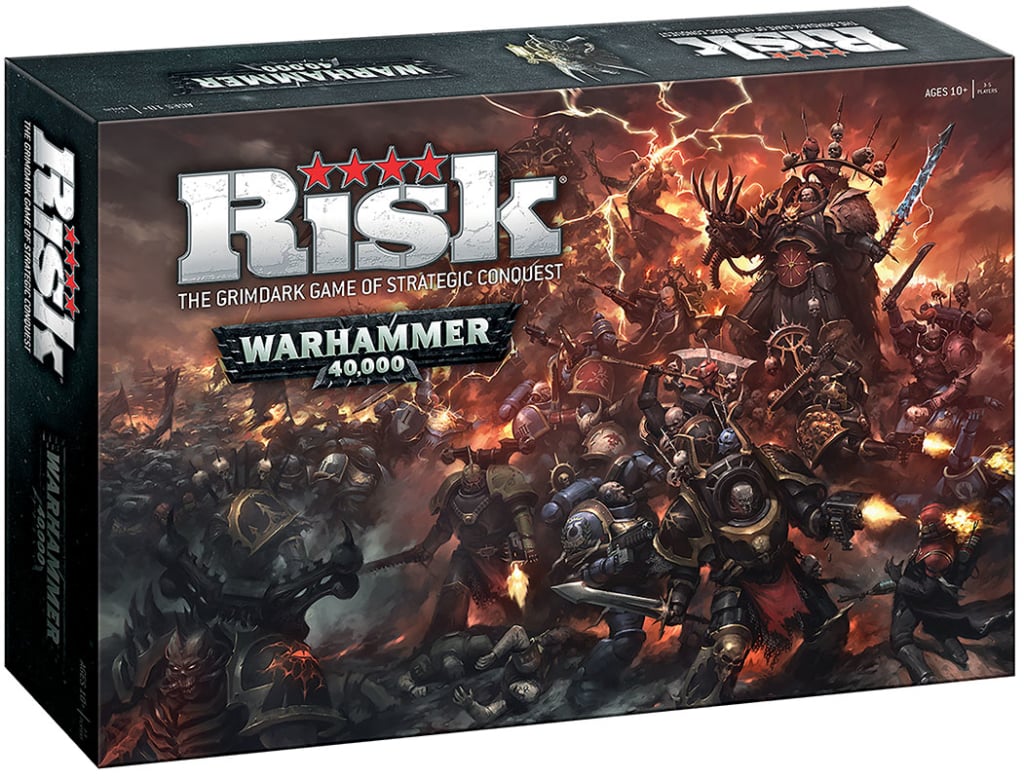