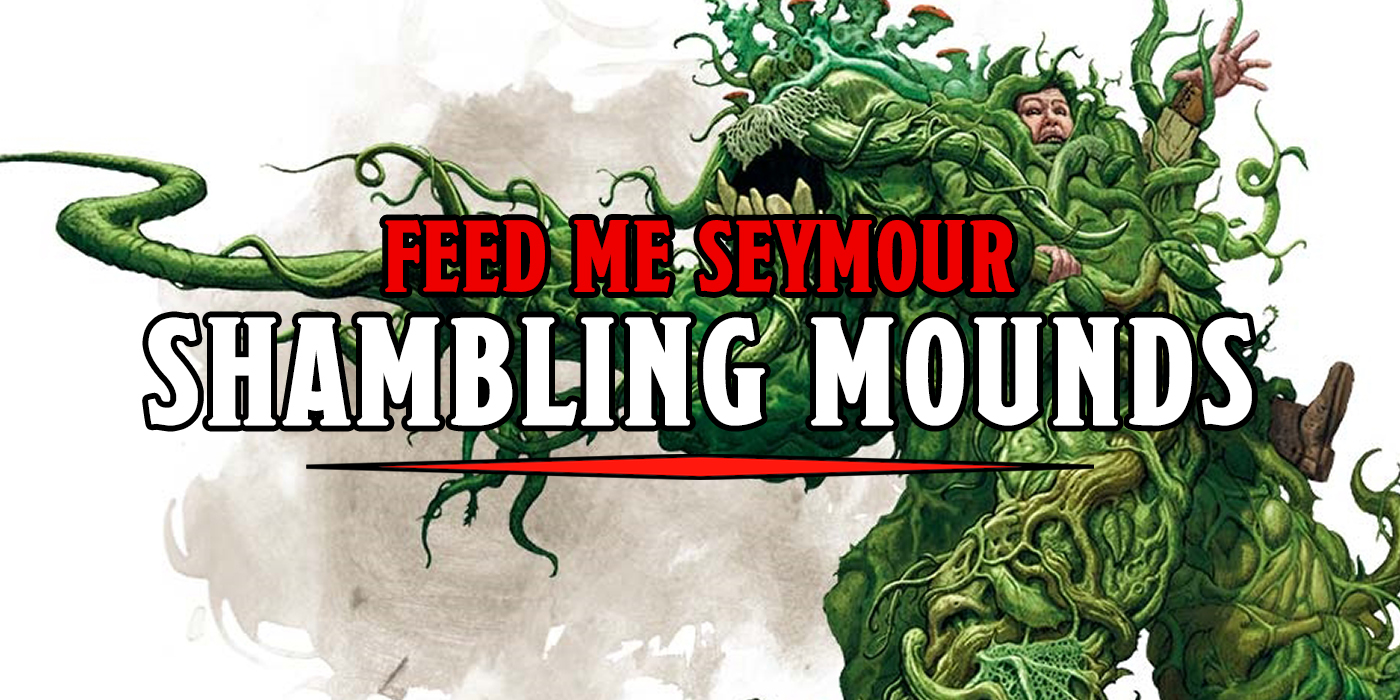 These sentient plants are shambling right into your heart. Don’t let them. They’re trying to shamble you into their heart so they can eat you.

Described as “an intelligent form of vegetation,” Shambling Mounds are are basically sentient shrubs who need sunlight, water, AND adventurer flesh to survive. Intelligent is probably a bit of an overstatement, but that doesn’t make them any less dangerous to your party of intrepid heroes or interesting in an encounter. 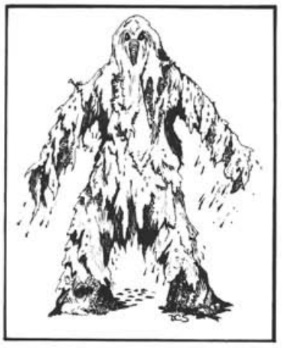 Shambling Mounds are immediately referenced as “shamblers” by the first edition Monster Manual, which reminds me of every zombie show and movie that refuses to use the word zombie coming up with cute descriptive nicknames. Zombies? no, those are groany biters. Shambling Mounds? We just call them shamblers. And honeslty, that’s sort of apropos as they’re not dissimilar monsters to fight. Both have low intelligence , seen to operate and attack fueled by hunger and instinct, shamble around, and rely on physical attacks to get their prey. If a shambling mound’s opponent is unlucky enough to be hit twice in a turn, they will become entangled by the mound’s roots and tendrils and risking suffocation in two to eight melee rounds.

Even though shambling mounds have fearsome crushing attacks, are impervious to normal and fire attacks with slashing, stabbing, and cold attacks only doing half damage, they are solitary and usually found only in regions of dense rainfall and vegetation. The silver lining being that you’ll have a pretty good idea of when you’ll could expect one and once you manage to defeat it there’s a very good chance that there won’t be another waiting to avenge their friend. Bad news is if you injure the mound and cause it to retreat, it will wake again in twelve hours completely healed, mad, and ready to try try again. 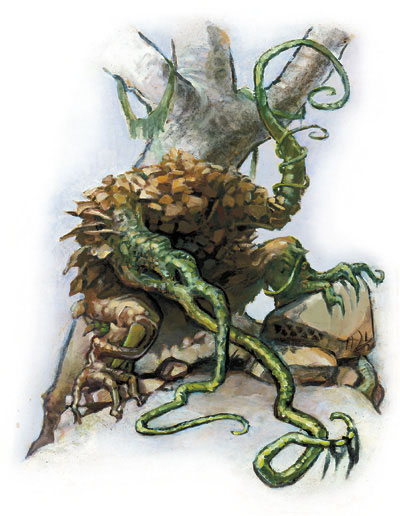 Over the three editions, shambling mounds don’t change much at all. Why mess with perfection, right? But 3E does gift the shamblers – but not the players – with bonuses to hide, listen, and move silently checks with an even higher bonus to hide checks in forested or swampy areas. A seasoned adventurer will know exactly what to expect when they encounter a shambling mound… but they won’t be able to hear or see them coming while the mound will know all. You win some you lose some. 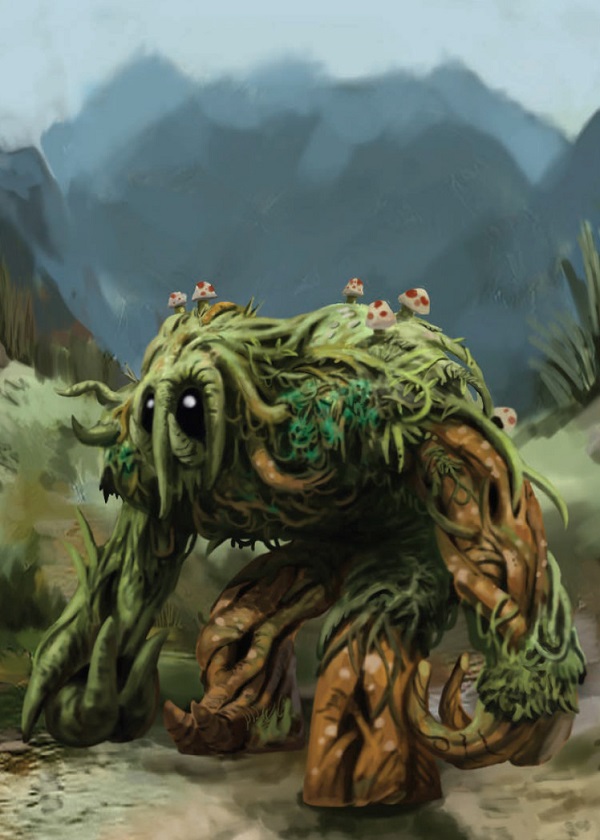 4E introduces the Stormrage Shambler. Bigger, stronger, and meaner than it’s mound sibling, the stormrage variant uses double attack to tear enemies to pieces and is able to utilize magic with lighting blast. I know that this version will likely be gone by 5E, but sometimes I like having regular and difficult versions of the classic monsters, and this is definitely one of those times. 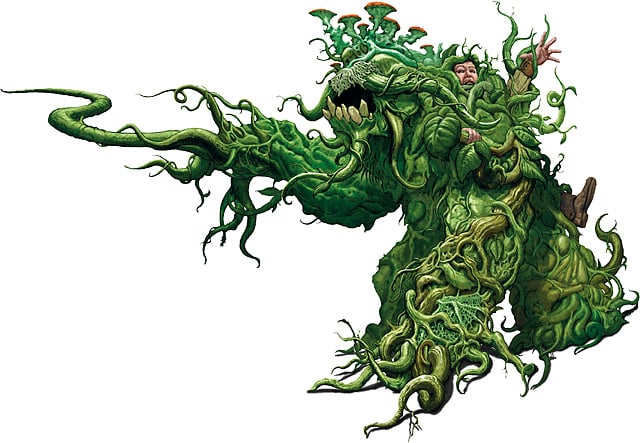 Look, he made a friend. That’s nice.

Though the Stormrage Shambler is gone and from a technical standpoint not too much has changed, 5E makes he shambling mound shine in my mind. They’re described as terrifying apex predictors here, willing to devour everything and only not collapsing entire ecosystems because there are so few of them out there. They also mostly sit still and sun themselves until some prospective prey comes too near, sort of like if a Venus fly trap had an 18 strength and could absorb lighting. The Monster Manual also goes on to describe how the shambling mound will squeeze the life from it’s victims and turn them to mulch and feign defeat before regrowing entirely from even a small remaining branch. They were always formidable monsters to face out in the swampland, but now they’re horror movie fuel.

Have you encountered a shambler? Was it as terrifying in an encounter as it is on paper? Did anyone in your party almost get consumed? Let us know in the comments!

D&D: The Owlbear And The Maiden Fair