Normally you can’t get one of the D&D Adventurer’s League ‘epics’ unless you’re running a conventions, but that all changes April 7th.

D&D Adventurer’s League Epics are a special category of adventures normally reserved for event-only play. These strive to live up to their name, and while they don’t all necessarily invoke honey-tongued Calliope to recite anyone’s rage or friendship or blessed journey across storm-tossed oceans–they do offer a one-of-a-kind experience. These D&D “Epics” are convention-only modules that are a sort of premiere event, tying together multiple tables full of adventurers all working towards a common goal.

If you’ve ever done a raid in an MMO, Epics are a little like that, though obviously there’s a little more freedom, as it’s not necessarily all of you going in to attack the same boss with interesting mechanics and an absurd number of hit points, but rather, there are multiple parties all swept up in the same event. And the things that happen at one table can affect another, as it’s meant to be fictionalized as a massive event happening in the ongoing campaign facing D&D players. Imagine solving a puzzle at one table, only to unlock a door so another party can progress to grab the artifact they need. 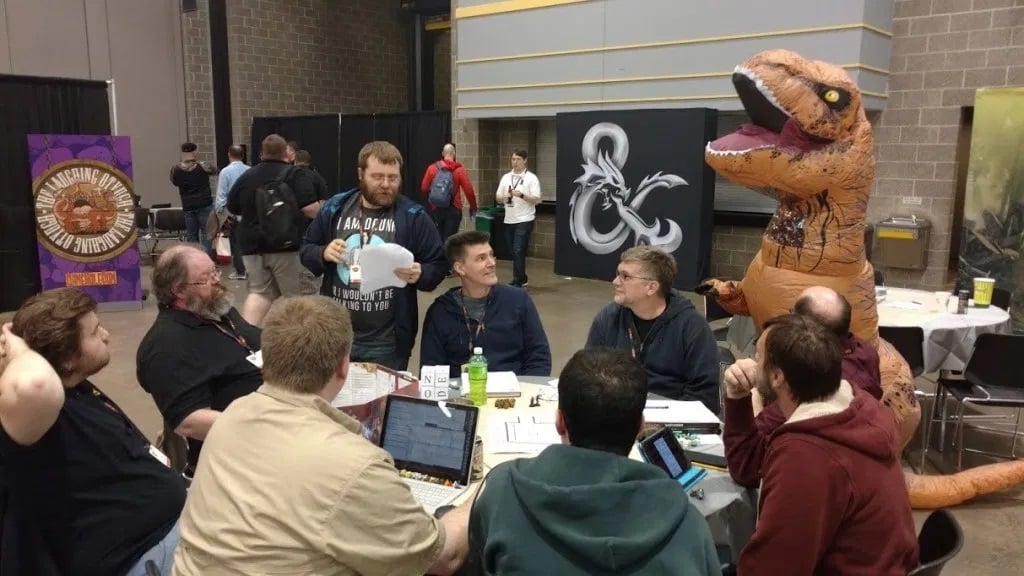 It all ties together for an amazing communal experience. It’s an adventure shared with a hall full of people, but everyone has their own stories–their own ‘epic’ moments.

D&D Epics are exciting multi-table events where participants cooperate in a “mass raid” of truly EPIC proportions; as every table works toward the same goal, individual tables act as squads that might take on different tasks, possibly affecting other tables or unlocking side quests needed to progress the event.

Each one of these Epics has a minimum number of tables, and normally, in order to get one you have to be approved by the Adventurer’s League. But these days are anything but ordinary. Since no one is hosting conventions right now (and for good reason), WotC will be making the newest Adventurer’s League Epic available to everyone via the DM’s Guild, according to an official announcement. On Tuesday, April 7th, you’ll be able to get your hands on a special Eberron adventure titled the Iron Titan, which is an amazing opportunity to dig through one of these premiere adventures and see what makes them tick. 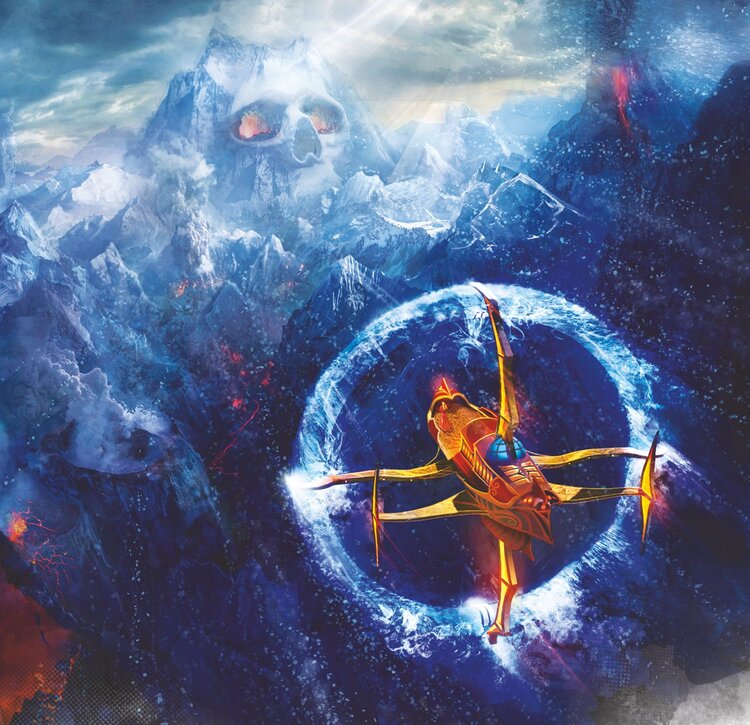 So get ready to explore the magitech fueled world of Eberron, and let’s dive in. 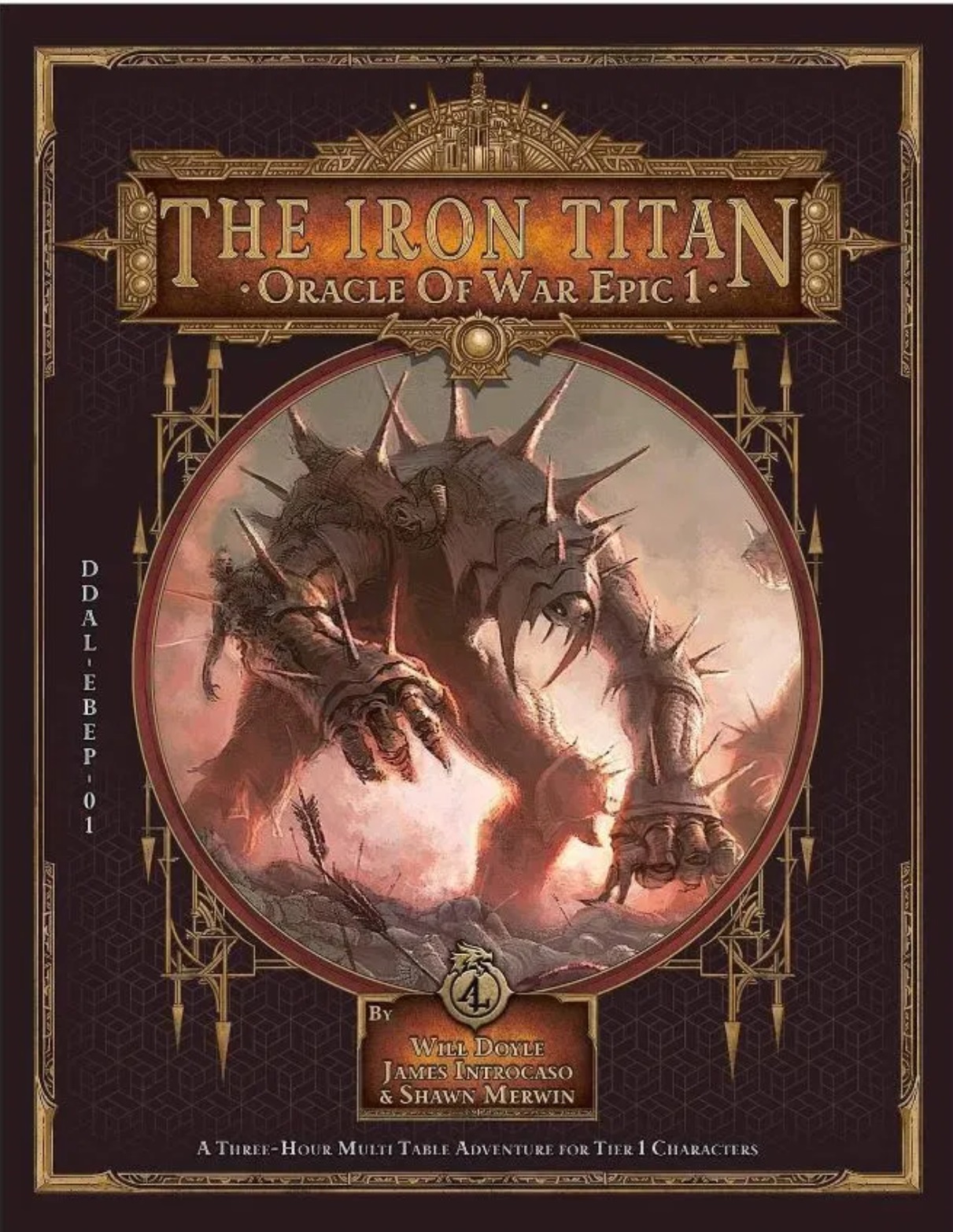 Something different is happening in the Oracle of War campaign for the D&D Adventurers League, and everyone can get involved: the Tier 1 Epic adventure, The Iron Titan, is coming to the DMs Guild!

In the past, the Epic events for Adventurers League play were only available to be played at public events such as conventions and game days. The sense of grandeur and community that these Epic events inspire is heightened when many players are involved at the same time. The sense of “we’re all in this together,” augmented by a multi-table event, is something that is hard to explain unless you’ve taken part in one. The shared stories of sacrifice and victory are something that most Adventurers League players count as one of the strengths of organized-play gaming.

The Oracle of War campaign is all about innovation and experimentation. With that spirit of trying something new at the forefront of our minds, we’re going to release The Iron Titan on the DMs Guild for anyone to play. If you’re running game days and conventions, you can bring that epic feel to the event, running a multi-table experience as designed in the adventure. However, if you’re in an area where playing at public events is not an option, or if you are stuck at home with the rest of us, you can run the adventure for just one table of players, using the adjustments noted in the adventure as a guide for scaling down the action to be reasonable for the smaller number of players. You can even play it online!

For those running The Iron Titan at a larger convention or game day, you can still request copies of this Epic for your event at no cost by going through normal convention-support channels. You’ll need to qualify for support as normal, including getting approval from the AL Admin staff for your event’s Code of Conduct.

We’ll be taking a look at this too, so check back for more! Happy Adventuring!