D&D: Behold The Dread Dungeon Of Drezzar – A Dungeon Made Out Of A Dresser 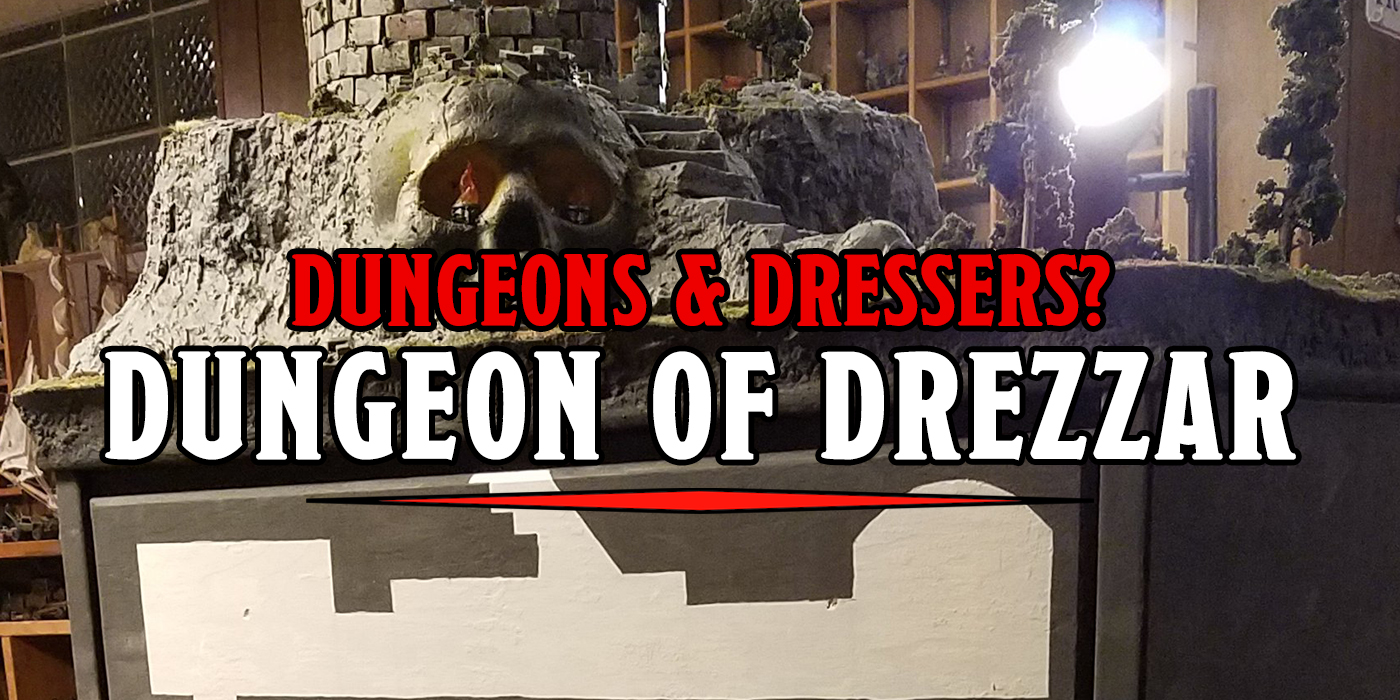 The Dread Dungeon of Drezzar is a multilevel dungeon crawl built entirely into an old dresser. Each drawer is its own level and it’s the absolute best.

What do you think of when you see an old piece of furniture set out by the side of the road? Do you think about how nice it might look in the living room? Wonder if it’s riddled with bedbugs (especially if it’s not a bed)? Well if you’re Peter Heeringa and Troy Wilhelmson, the answer is ‘hey that’d make a killer dungeon’ and, let me tell you, it would and it did. Come join us as we delve into the dread dungeon of Drezzar.

Pre-pandemic I had the honor and pleasure to play in @PeterHeeringa's and Troy Wilhelmson's DUNGEON OF DREZZAR.

It's an entire dungeon built, level by level, into the drawers of an old dresser.#dnd #rpg #opentable pic.twitter.com/l7JOYpT7nQ

This is Justin Alexander, of the Alexandrian (which has some of the best DM advice I’ve ever read), sharing his experience–and some amazing pictures–of a run through the Dungeons of Drezzar. I love everything about this dungeon. From the skull castle up on top, to the map you can see outlined on each of the drawers. All of which can be pulled out and set on a table:

As you can see here, each drawer of the dresser can be pulled out and put on the table.

But there's also cool features in the dresser itself: For example, you can actually peer down the old well on the surface of the dresser into the dark recesses of the lower levels. pic.twitter.com/447Dw6j5OT

Here’s Laura Zats, from Twitter, showcasing more of Drezzar, with an in-depth look at some of the levels.

Well, Peter and Troy has the idea that you can stack sets and make a dungeon. They found an old dresser on the side of the road and got started. Six months of complete secrecy later, they rolled this out pic.twitter.com/LIbvB8xRqk 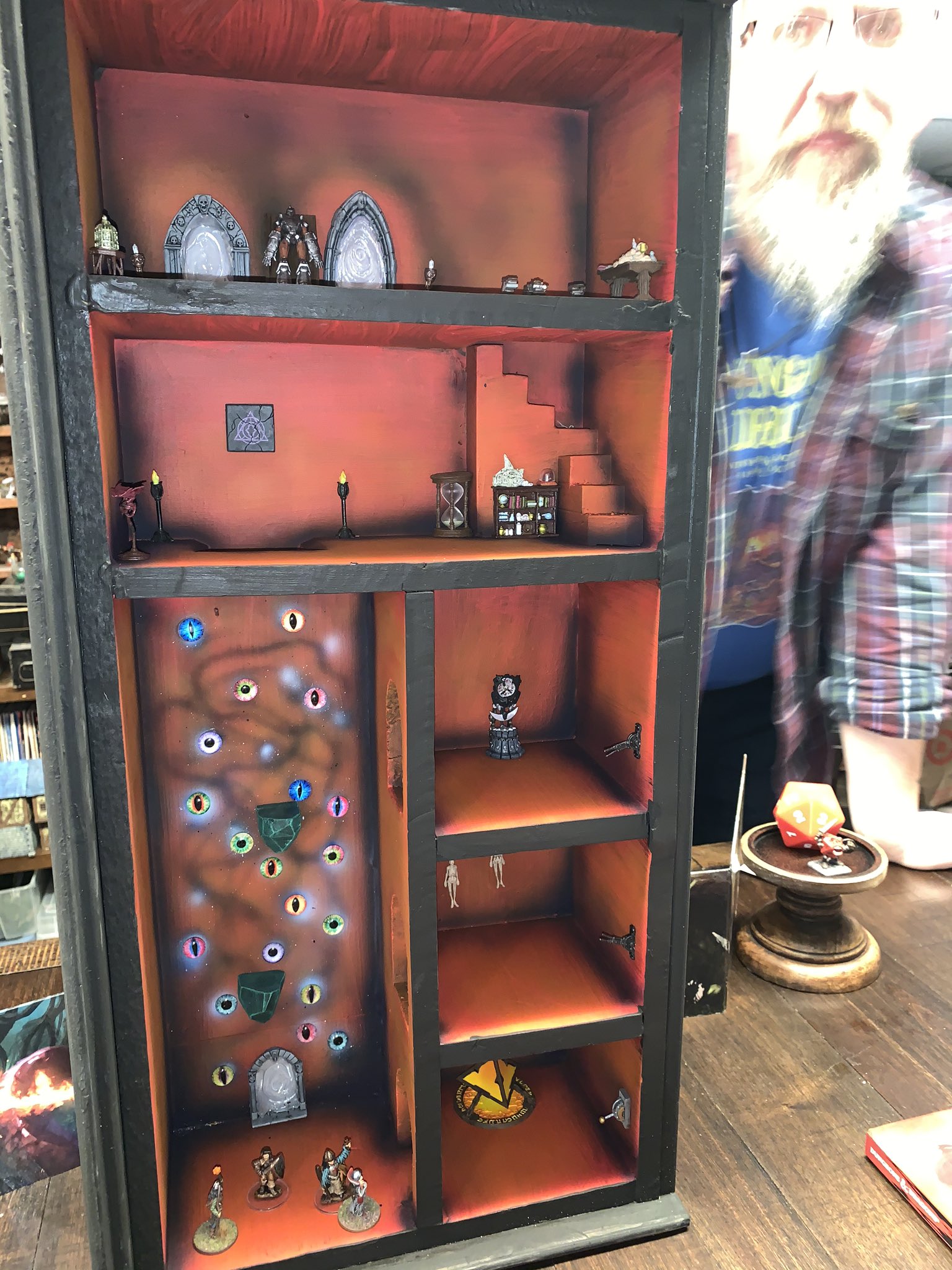 And right away you can see the creative lengths that these two designers have gon through in building this dungeon. Some drawers are laid out horizontally, others are vertical, like the one pictured above. There are all sorts of other details–at the top of the dresser is an old well you can actually peer down into (if you have darkvision they give you a flashlight) which can lead to learning secrets about the Dungeon. And there are some old school D&D references baked in:

At the bottom of the dungeon, of course, there's a dragon guarding the mad wizard's treasure. pic.twitter.com/BReNRq1oMz

This is a scene taken straight from the basic set!

At the bottom of the dungeon, of course, there's a dragon guarding the mad wizard's treasure. pic.twitter.com/BReNRq1oMz

Anyway, this is a legend in its own time and is just a taste of what you can do when you really let loose and get creative with your dungeon build.

D&D: What's In A Sheet? The Evolution Of Character Sheets From AD&D To Now - Prime 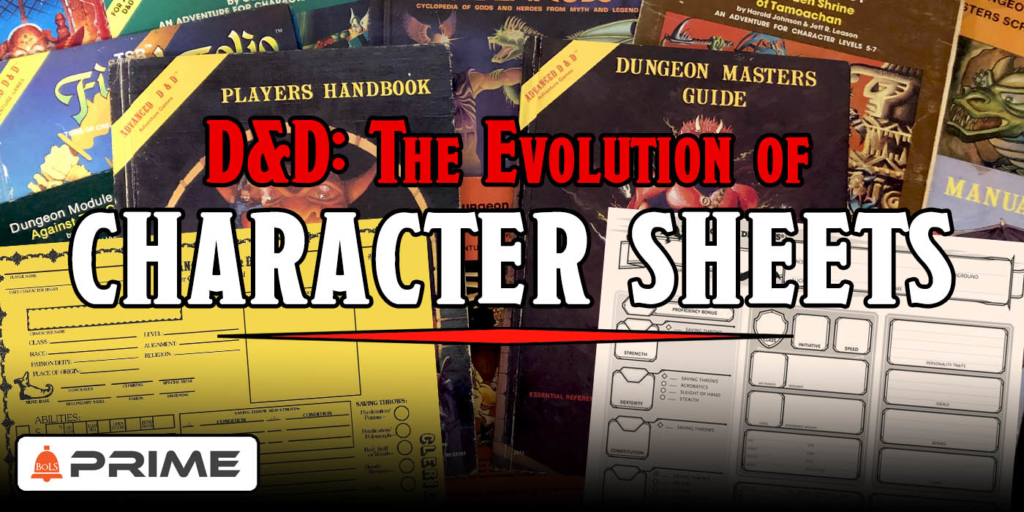