A new batch of errata is incoming to D&D, spotted in the latest printing of Xanathar’s Guide to Everything. See what’s changed for Healing Spirit and more.

Hot off the internet, there’s a new batch of errata for D&D, specifically for Xanathar’s Guide to Everything. This errata was spotted earlier by a redditor who recently purchased the latest printing of Xanathar’s Guide to Everything and noticed a few minor corrections, and one overall change that will impact parties that rely on the spell Healing Spirit. Let’s take a look at what’s new.

First things first, take a look at the new Healing Spirit rules. This addresses the “hula hoop of healing” wherein players would wander through the healing spirit multiple times over the course of the spell’s duration, giving players access to more healing than the designers intended via the spell. Now the spell’s power has been brought back in line with its actual level and intended use. 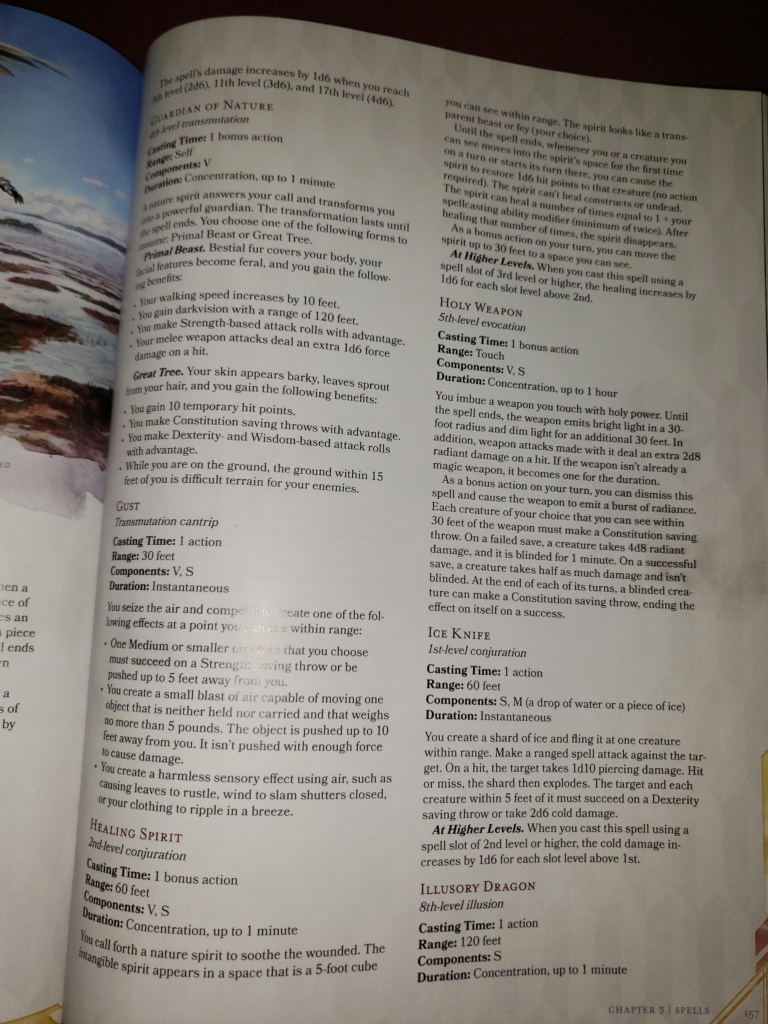 This nerfs a number of party comps, but is not the only change featured. A few minor corrections also make an appearance in the newest printing. Arcane Archers no longer require magical ammunition (which was never the intention), and Mind Spike now correctly scales, dealing a scaling d8 of extra damage, instead of the d6 it had been in previous editions.

Finally, it seems that the Ancestral Barbarian’s chart has been corrected. Now, these are just the initial changes spotted, we’ll be sure to keep you up to date with more once the official document is released.

The latest printing of Xanathar's Guide to Everything includes several fixes, including a change to the healing spirit spell. The official errata document will be released soon! That document will provide all the details. #DnD https://t.co/Xvi7NE61ZQ

But in the meantime, healing conga lines are over, Arcane Archers make a little more sense, but still don’t get to use their abilities enough, and Mind Spike is the best spell a Diviner could hope for.

What do you think of the changes? Let us know in the comments, and as always: Happy Adventuring!