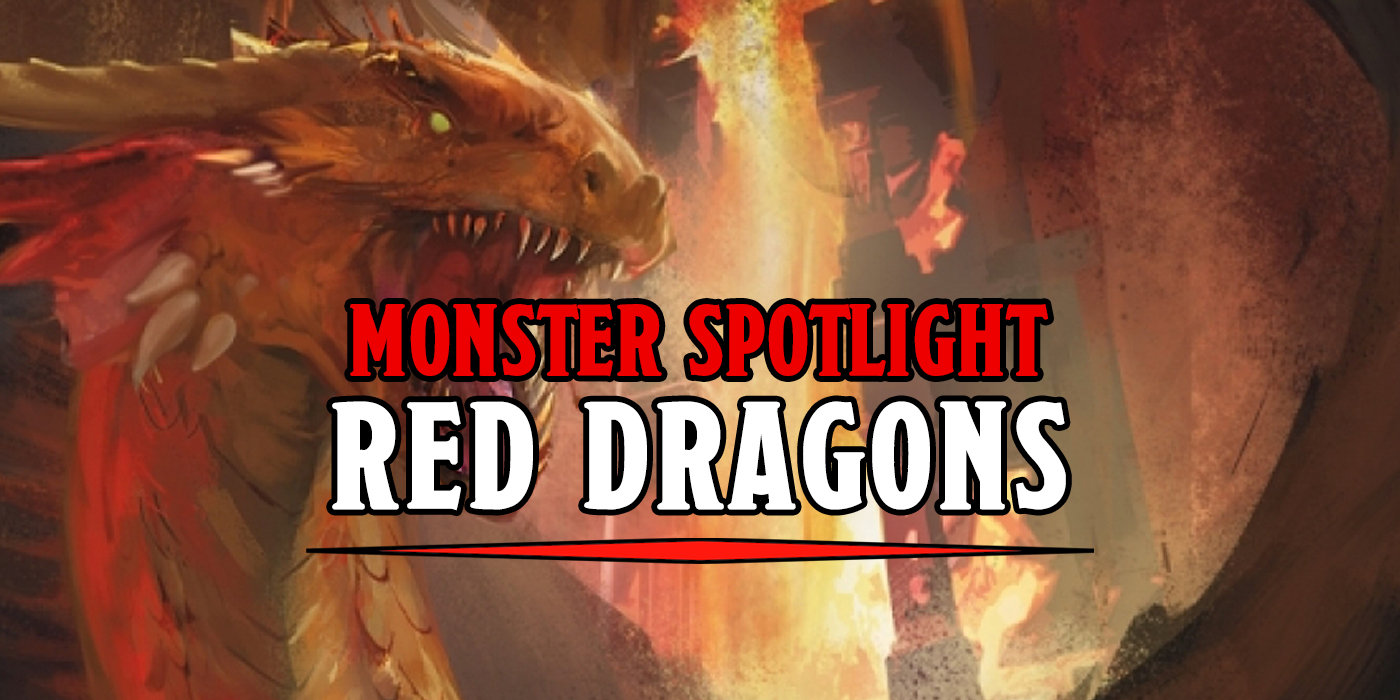 You’ve heard about the dungeons. Well, strap on your adventuring boots as we tell you all about the dragons.

Red dragons are through and through the classic fantasy dragon that I’d imagine by default. Vanity? Check. Gold hoard? Check. Fire breath? Check-a-roonie. There’s a plethora of variety in dragons in D&D and in real world folk and fairy tales, but if you grew up with high fantasy, chances are this is the first dragon you think of. Let’s take a look at what makes them so timeless and recognizable. 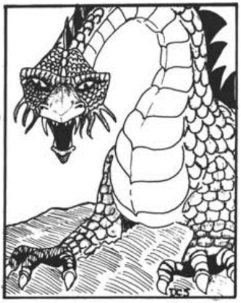 There are lots of varieties of Dragon, and first edition D&D wants you to know that the reds are the worst. Greedy, fire breathing, and forty percent likely to be able to use spells against you, red dragons are no joke. Of course, in a game called Dungeons and Dragons, you’d expect the end game final boss to be some sort of dragon at least some of the time, so why should they be a pushover? Red dragons also have a seventy five percent chance of speaking to you – whether that’s their ability or their willingness, I’m not sure – and twenty percent to be sleeping when you arrive. I cannot think of a single other monster where these stats would ever come up and I love that about dragons. 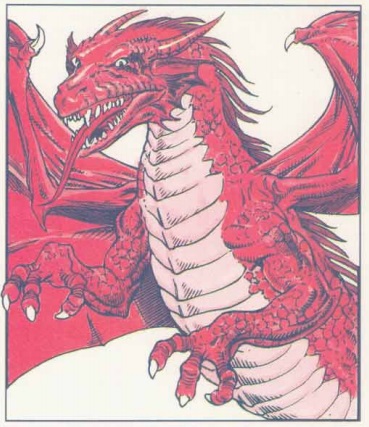 In first edition red dragons were greedy, but in second they’re vain, obsessed with their wealth, and self confident to the point of thinking themselves superior to all other life including other dragons. They also do very little in the way of thinking through specific encounters, instead implementing pre-planned strategies they come up with while waiting in the solitude of their own lairs. For example, a red dragon would only bite or swipe at an unarmored individual, but will use their breath weapon against a group of adventurers. If nothing else, the cut and dry approach to how red dragons act and interact with other creatures would make them easy to play as a DM. 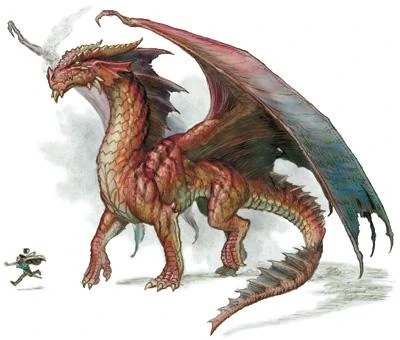 With every edition red dragons become a little more ostentatious. Third edition goes through the life cycle of the red dragon, naming the ages at which they’ll mature and what they’d be called at each stage, but that isn’t nearly as fun as learning about the perch nearby their cave from which they watch survey their territory. I usually imagine a dragon at rest sleeping comfortably upon their hoard, but now I’m imagining the same dragon up on a cliff considering how everything that the light touches is theirs. Is it funnier? Scarier, maybe? Who knows. But I do know that red dragons have a flair for the dramatic. 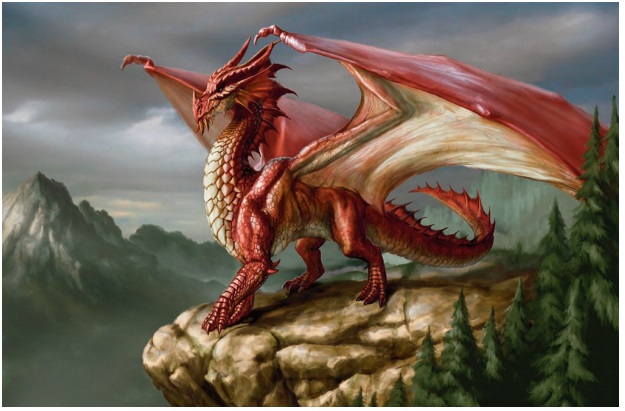 4E takes the many evolution of red dragon and skims them down to Young, Adult, Elder and Ancient, simplifying the different stages the dragon goes through and giving each of them distinct abilities in growth compared to the younger. By the time they reach the level of Ancient Dragon, they are able to use Immolate Foe for 4d10+10 damage with an ongoing 15 fire damage. Yikes. 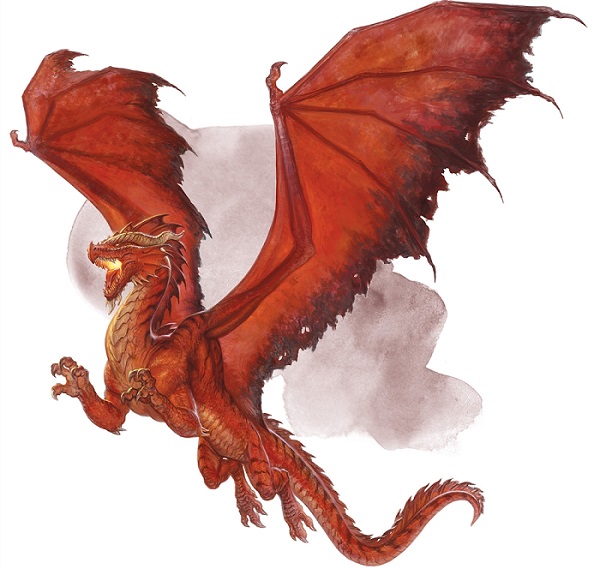 Once again red dragons manage to one up themselves in 5E, demanding their humanoid servants (always chaoitic evil) fawn over them and live up to their exact requirements. At some point they’ve taken a turn from drama queen to absolute tyrant, but I suppose that isn’t an unexpected transition all things considered. Fifth edition red dragons can also take lair actions if they are fighting in their own home, causing magma eruptions, tremors, and volcanic gasses to distract or harm an adventuring adversary. Additionally, the region around the red dragon’s lair is altered by their presence with regular small earthquakes, sulfur tainted water, or portals to the Elemental Plane of Fire, allowing fire elemental to enter the world of man and dwell.

What’s your favorite kind of dragon? Have you ever actually had to fight a dragon while playing D&D? How did that go for you? Let us know in the comments!