D&D Retro: That Time Elric Of Melnibone Was In A D&D Book 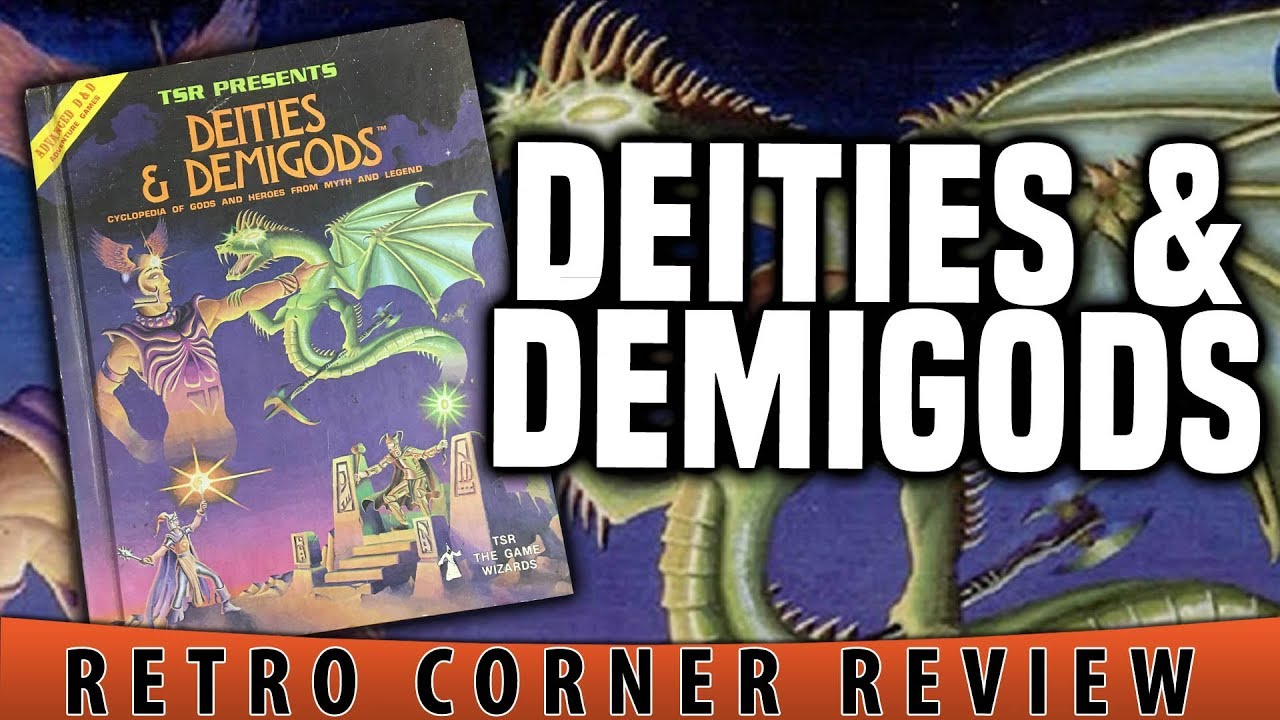 Deities and Demigods set up the gods and cosmology players are familiar with today, and briefly introduced the gods of Michael Moorcock to D&D.

Step back with us through the misty corridors of time, and visit a bygone era, when Elf was a class and people tried their best to hit Armor Class 0 and liked it. That’s right friends, it’s time once again to visit First Edition, and today we’re taking a look at Deities and Demigods which is where the game expands from Dungeons to planes and heavens and hells and gods.

Now a few quick things to make mention of. Some of you out there may have heard of a few rare copies of this edition that feature the gods and heroes of Michael Moorcock’s Elric of Melnibone, and HP Lovecraft’s Cthulhu Mythos–a run of books that quickly got shut down by lawyers who claimed that TSR was infringing on their copyrights, but it’s recently come to light that this was not necessarily the case, as James M. Ward has posted:

Deities & Demigods
Let me set the record straight on this again. I wrote the book Deities & Demigods with some slight help from others. In doing this work I included myths from H.P. Lovecraft’s works and Elric of M. Moorcock works. Gary Gygax gave me M. Moorcock’s address and I wrote him for permission and got it because I said it would renew peoples interests in his books. I wrote to Arkham House which was in my state of Wisconsin and also got the rights to Lovecraft’s material. Going forward both groups sold their rights to Chaosium in California. Lawyers from Chaosium then sent a cease and desist letter to TSR. TSR had the permissions I gave them, but they had no money for lawyers at that time. So Brian Blume decided to take out those two sections. I went crazy. I had done my homework, I had gotten ironclad permission, and TSR wasn’t going to fight it. I offered to replace the two sections with new ones and was told no. There was no copyright infringement. That was 30+ years ago. Every five years or so some idiot brings up the fact that TSR was in infringement on this book. Let me tell the people of the world who bring this up that they don’t have their facts straight and it irritates the hell out of me.

But, there’s no arguing with the fact that the run was pulled, though later on some of the other Pantheon’s would be included in Legends and Lore–but that’s a story for another time. For now, come take a look at the place that started it all, cosmologically speaking.

Enjoy, and as always, Happy Adventuring!