D&D: Warduke Gets His Own Clothing Line – Heroes And Villains 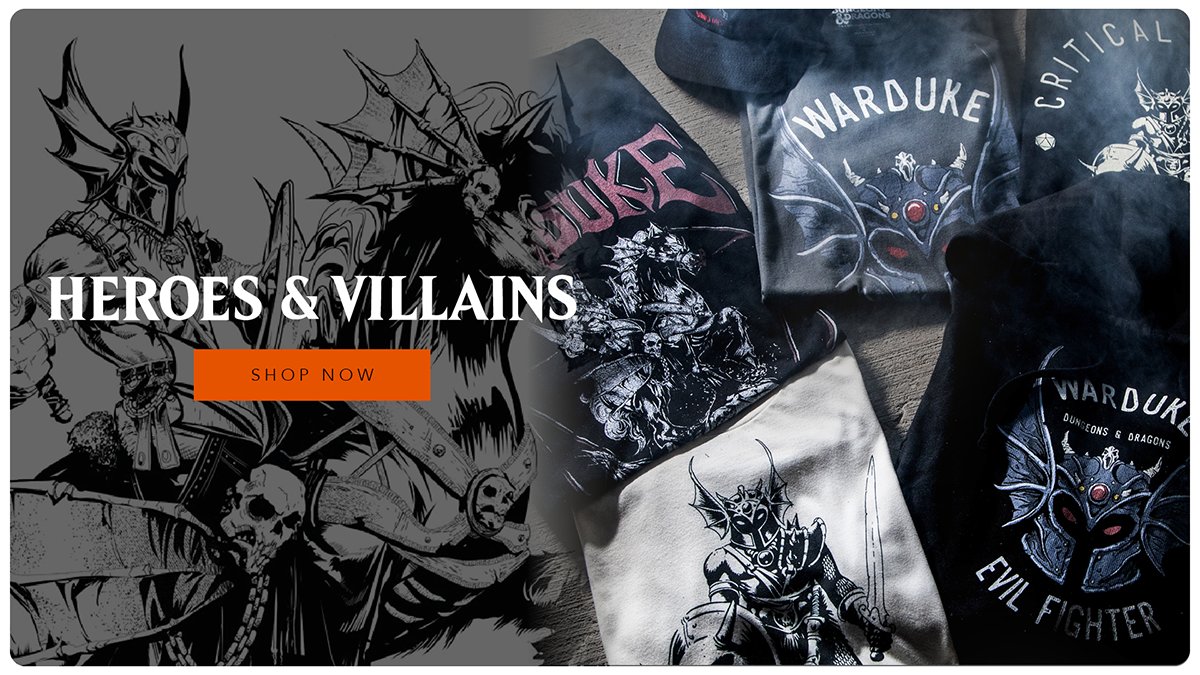 Noted geek clothing line Heroes and Villains has plucked an obscure D&D Character out of the past and put them on their newest product line.

It seems like everyone is getting a glow up these days. From Neville Longbottom to an unnamed Mandalorian and now an obscure character straight out of D&D’s ancient past, Warduke. Warduke will be appearing on a new line of Heroes and Villains clothes–and you’ve probably seen their work before, but they handle licenses like the Star Wars, Batman, and now Dungeons & Dragons, adding to the places that you can now buy D&D Apparel. 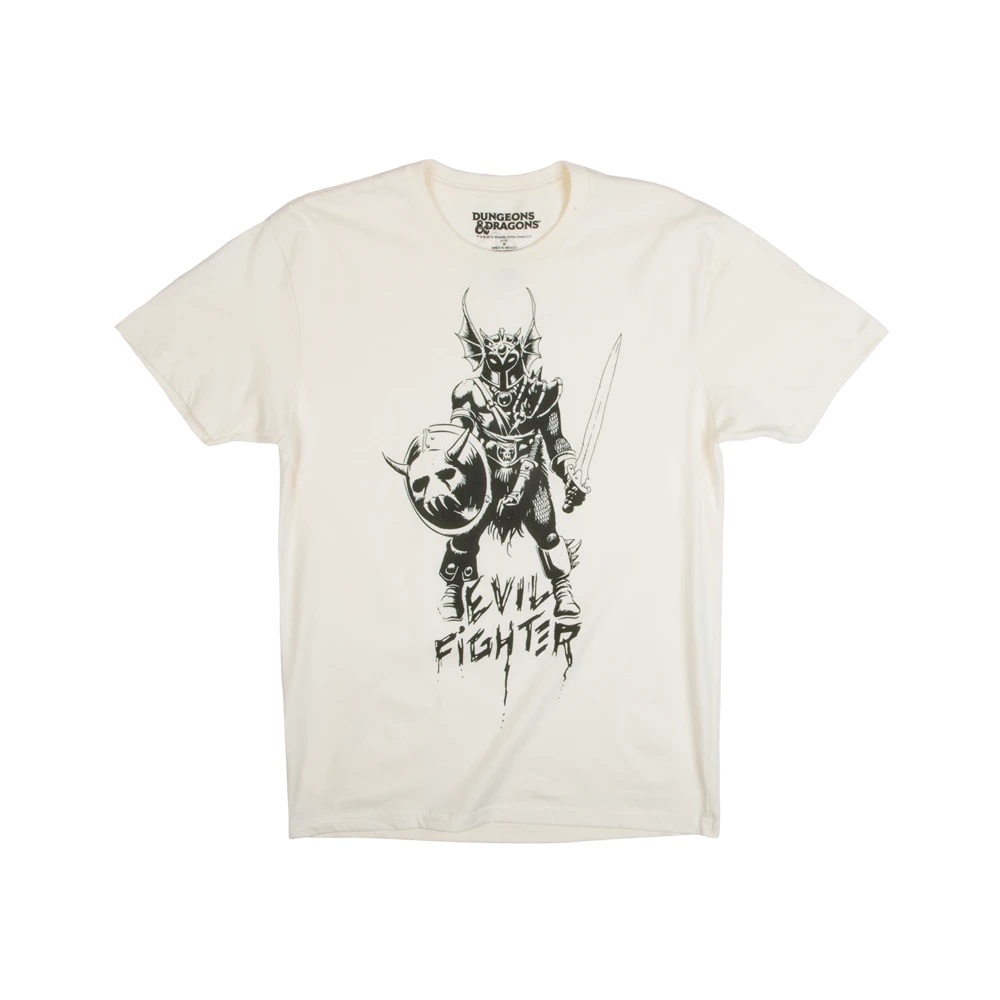 But hang on, Warduke? That’s not the first name that comes to mind when you’re pitching D&D Clothing lines. I mean, this is not a look that screams “put me on a t-shirt.” 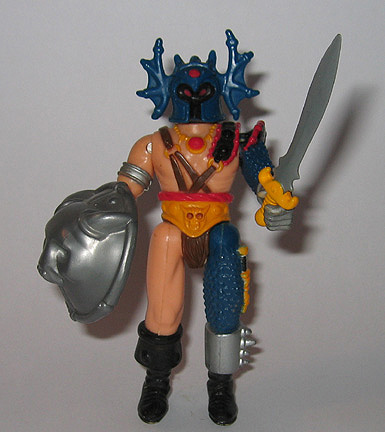 Look at those beefily muscled plastic pecs, and that nightmarishly smooth loincloth that hugs his waist so close you know that Warduke is as sexless and inoffensive as Ken. In fact, Warduke is probably just Ken who’s been out LARPing with his friends, spending time wearing 2/5ths of a costume and getting oiled up and sweaty.

You know, like we’ve all done, nothing weird about that. But what is weird is that Warduke’s whole deal is “evil fighter.” He’s one of the few D&D toys in existence, and that means he has an action figure bio that explains it all:

As a class this character is able to meet any physical challenge. Fighters use all types of weapons but their favorites are magical swords. An Evil Fighter’s purpose in life is to become strong and rule over all that he encounters.

Warduke was opposed by Strongheart the Paladin, whose armor will have you wondering are those meant to be nipples? Dear god I think they are. 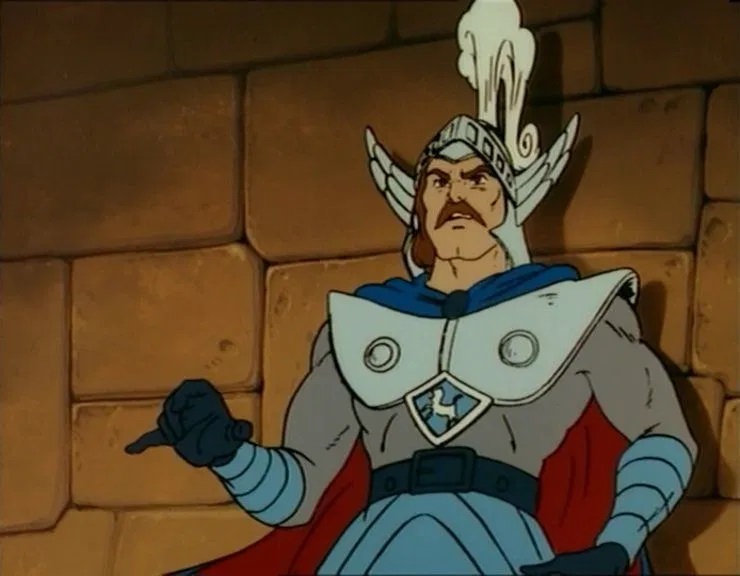 I can’t unsee it

But who is Warduke? Well originally a toy, he was also an 8th level human fighter that appeared in the module: Quest for the Heartstone, where he was described as an evil fighter in a black winged helmet.

He would go on to appear in other modules like The Shady Dragon Inn:

Warduke wears a suit of half-chain and a black, winged helmet. His shield bears the sign of a demon’s head. He was an old friend of Strongheart’s (good paladin), but now the two are enemies. Both were exposed to the Heartstone, and Warduke’s cruel nature was brought out while Strongheart’s just nature became stronger….

[He] especially hates Strongheart, who he feels wastes his time protecting the weak and helpless. “A true fighter,” Warduke feels, “makes himself rich and powerful by the strength of his sword arm. He takes what he can—if you would keep your possessions, kill those who seek to take them.” He calls his sword “Nightwind.”

And he even snuck into 3rd Edition as a high powered, high level fighter.

Now you can find Warduke on the tshirt or hoodie of your choice from Heroes and Villains: 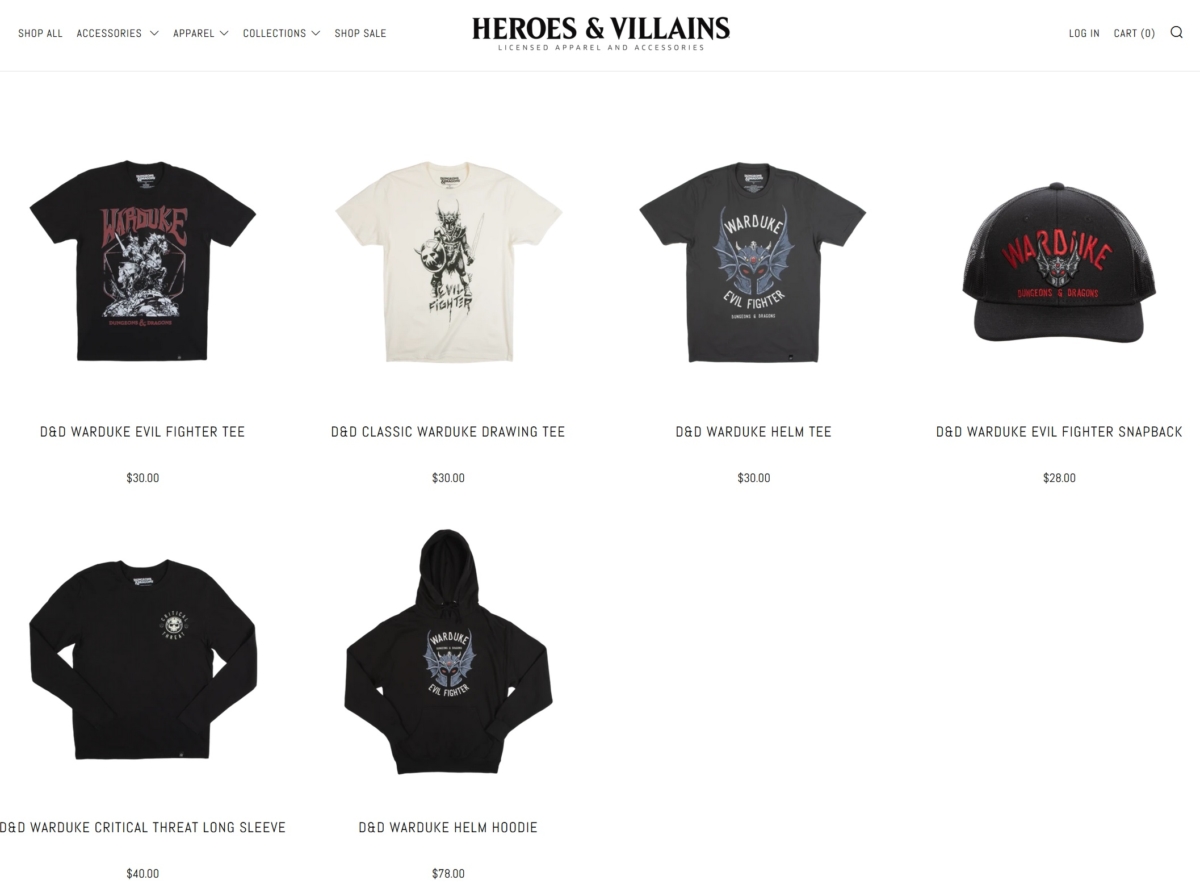 So now that you know who Warduke is, click that link and grab your tshirt or hoodie while you can.